With a film featuring a more mature cast, set in the world of movie memorabilia, The Sixth Reel’s director of photography Jendra Jarnagin immediately gravitated to vintage Cooke Speed Panchros to capture a natural look while flattering older skin.

The humorous and heart-felt caper follows Jimmy, an old Hollywood-Obsessed New Yorker who is one of an extended community of discerning – and extremely catty – movie memorabilia collectors. When the death of a close friend unearths the long-thought lost final reel of a classic horror film, Jimmy and his cohorts each concoct underhanded schemes to cash in on a big sale of the film. The Sixth Reel was written and directed by Charles Busch and Carl Andress, and stars Charles Busch, Julie Halston, Margaret Cho, Tim Daly and an ensemble cast of beloved Broadway veterans. 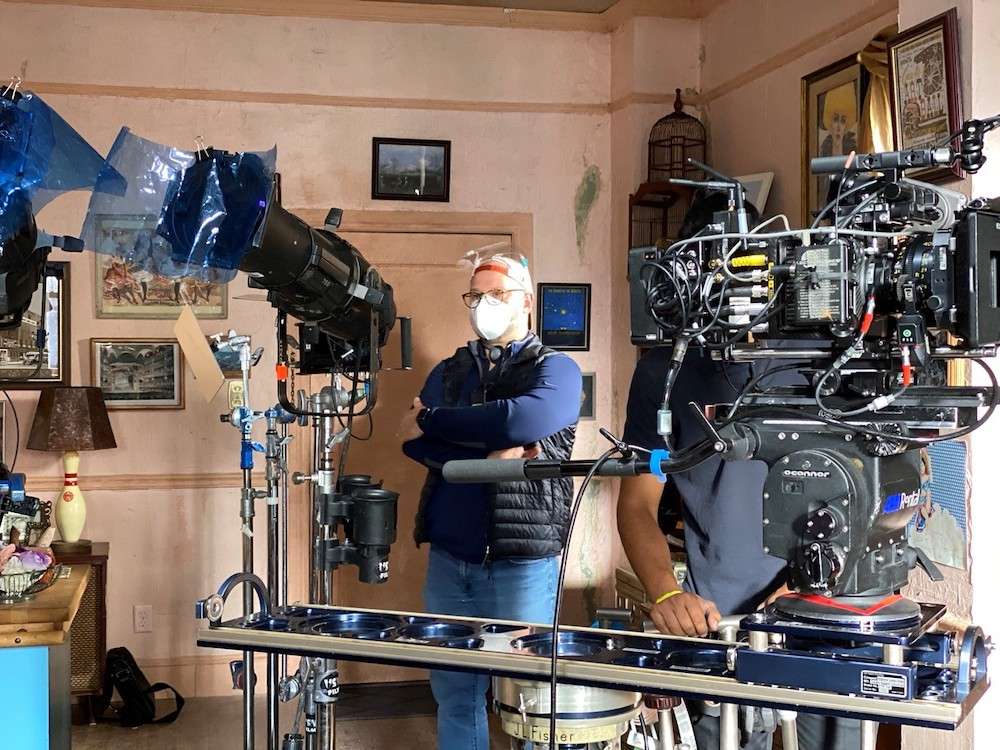 The producer Jamie Buckner recommended me for the project and then the directors chose me, due to my prior body of work that shows a strength for photographing older actors in a flattering way,” said Jarnagin. “The directors wanted the film to be grounded in naturalism, with a classical visual approach. While prioritising making everyone look their best on camera, we never wanted it to feel too glamorous, fake or over-lit.”

Directors Charles Busch and Carl Andress were very collaborative with Jarnagin in regards to the look of the film. “They had clear ideas, but with a strong theatre background, they sought my cinematic input on the visual language and how to elevate their vision,” she said. “We watched a lot of classic caper comedies for tone and drama, and some Woody Allen films for their blocking and camera movement. We shot-listed the whole movie in advance over Zoom. These meetings taught me so much about the film and the directors’ narrative priorities. Talking out each scene involved them discussing certain aspects of the scenes in detail with one another, which isn’t something you get from a single director.  That aspect was super informative in understanding all the story and emotional intensions and nuance on a deeper level.” 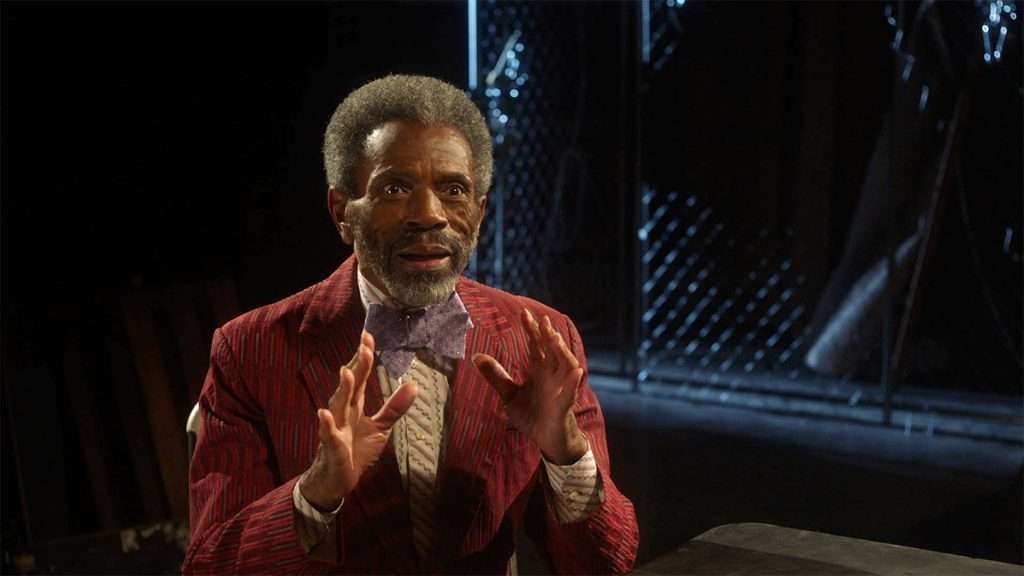 Jarnagin is a big fan of Cooke lenses and while she owns a set of Cooke S4/i lenses, she wanted a slightly different look for the film. “I knew immediately that I wanted to use vintage Cooke Speed Panchros for this film. They are my favourite looking lenses; I like the way they halate and glow a little. They are so flattering on faces, and they have a warmth and magic to their character,” Jarnagin stated. “For a cast in their 60s and 70s, I knew the lenses would be kind and flattering to the actors, but also give me the right range of focal lengths and speed that I needed.” ARRI Rental in New York supplied the full camera package, including an Alexa Mini and a full set of TLS-rehoused Cooke Speed Panchro lenses.

The shoot – which took place at Umbra Stages in Newburgh, New York, with some locations in neighboring Beacon and a week in the West Village of Manhattan – had to be very disciplined due to Covid-19 restrictions. “It was most of the crew’s first full feature during Covid and adapting to the new ways of working,” said Jarnagin. “We kept our shooting days to 10 hours and shot in only 15 days, which was a very difficult schedule.” 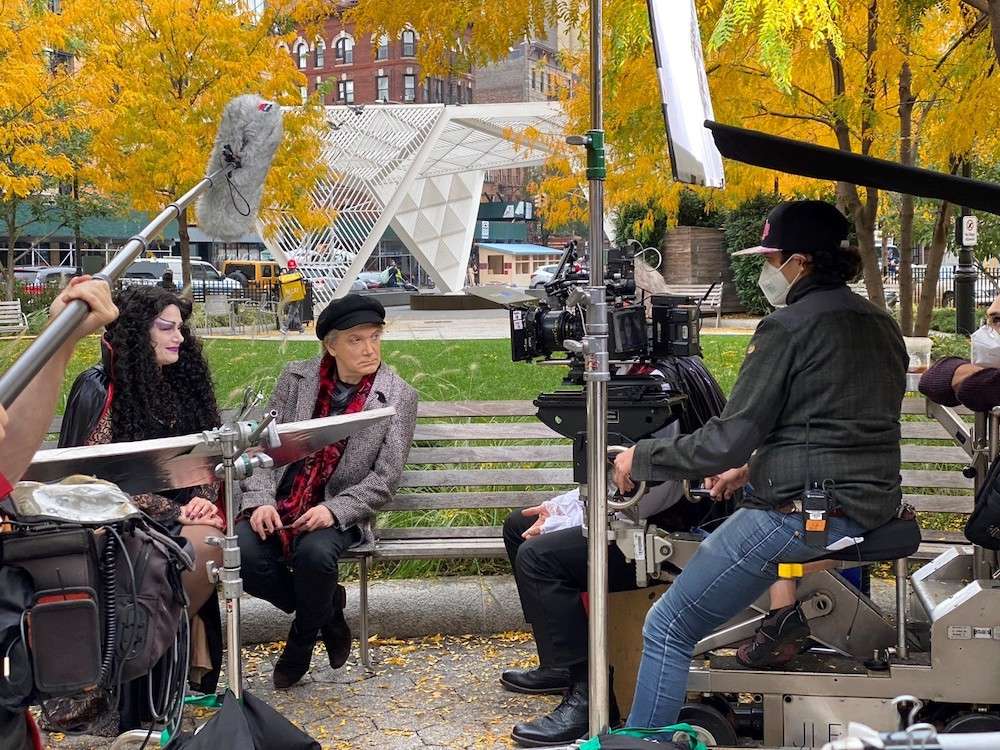 The characters live in small Greenwich Village apartments; a location shoot would not have allowed for a full film crew while also observing the required social distancing, so the production team decided to build sets. This decision, and the theatrical background of the directors, brought a few unexpected benefits for Jarnagin as a director of photography.

“The best part for me was getting to weigh in on set decisions at the design stage,” Jarnagin said. “I have worked on sets on TV series before, but never as a first-season DP, so I was always inheriting pre-existing sets. In this case, I got to be involved with window placement, ceilings, choosing the backdrop, etc. Another of the most pleasurable aspects for me is that Carl is a master of blocking, in terms of all his theater experience. He effortlessly knew in advance how the characters would move about the space in the scenes before the sets were even built. He could visualise it, and speak about it in ways that made the shot listing decisions clear and easy.” 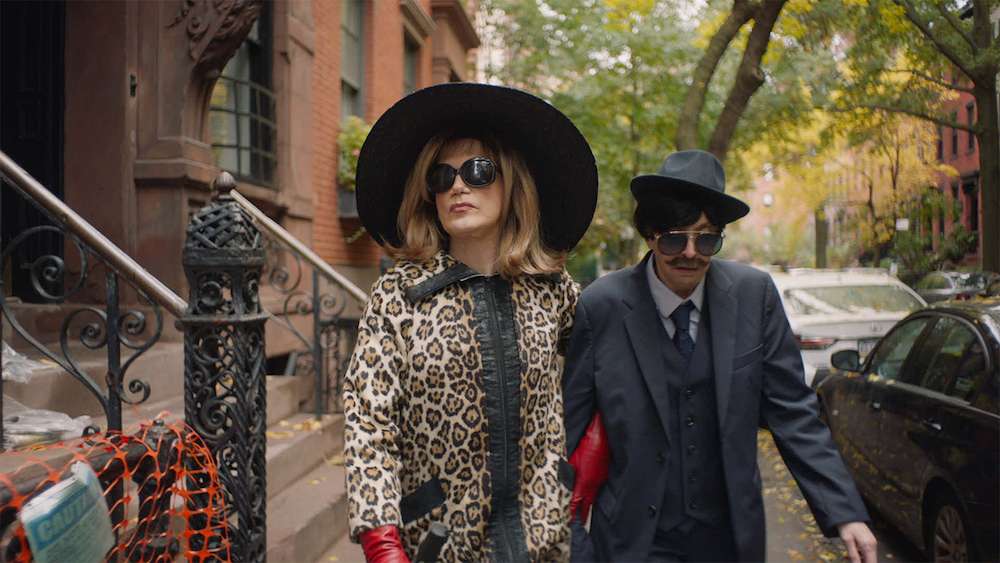 For Jarnagin, the vintage Cooke Speed Panchros were absolutely the right choice for this film. “It’s a movie about movie lovers. We wanted to pay homage to the kinds of films that the characters are obsessed with and impart a subtle hint of nostalgia while still feeling fresh and current,” she said. “The vintage Cooke lenses had the right gentleness and subtle character without being too funky or calling attention to themselves. And everyone looks really great, of course!”

The Sixth Reel will have its world premiere at Outfest Los Angeles on 19 August 2021, and is streaming on Outfest’s website. Tickets can be purchased on 20-22 August 2021 for the virtual screening here: https://outfestla2021.com/the-sixth-reel/