The Vero team was approached by BMW to create a studio space to house the iX3 Sports Activity Vehicle, with an LED wall that could surround it with immersive, realistic graphics. Cheltenham-based AV expert Production AV supplied the 2.6mm Desay screen, with the company’s technical production manager Nathan Dunbar and project manager Sam McCrea overseeing technical pre-production and delivery. 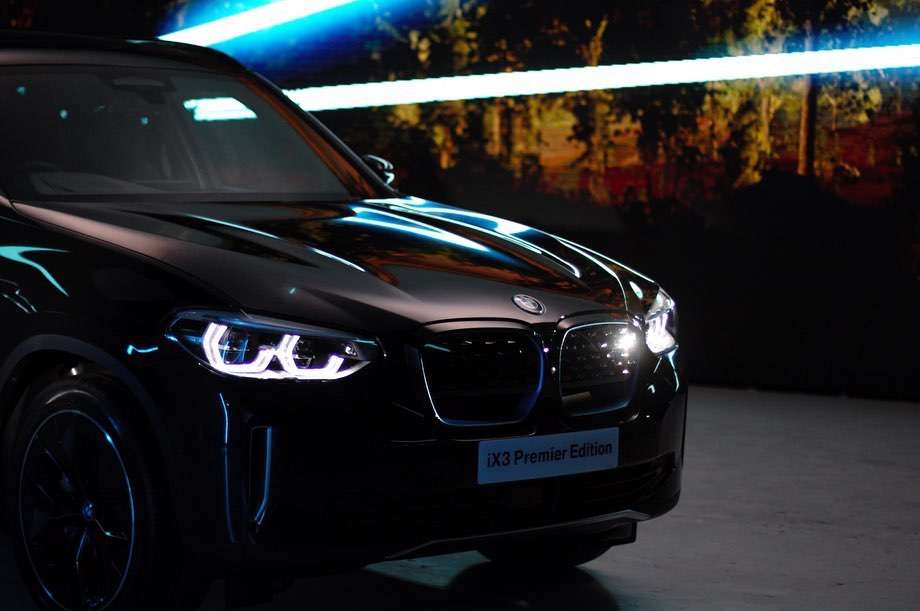 “We spent a good few months focusing on research and development to ensure every panel was pixel perfect and updated to run the HDR content required by the production agency and BMW,” says Dunbar. “We also needed to certify the colour profile was maximised to give the best canvas for the designers at MadeWithVERO, who created the backdrop visual content.”

The Production AV and Vero team constructed a 19m-wide, 4m-high curved LED wall using the Desay panels, running full 10bit and HDR, which encircled the iX3. A number of shots from different angles were filmed, with the vehicle stationary at alternating standpoints.

“This required the screens to fully immerse the car into the visual backdrop, which was a night-time forest scene interjected with beams of bright white light,” Dunbar continues. “One of the great advantage of the Vero studio – and the modular Desay LED panels – is that we can build to practically any size and dimension, ensuring complete wraparound visuals for almost any project. In fact, we now have more than 500 of the Desay LED panels in stock so the possibilities are almost endless.” 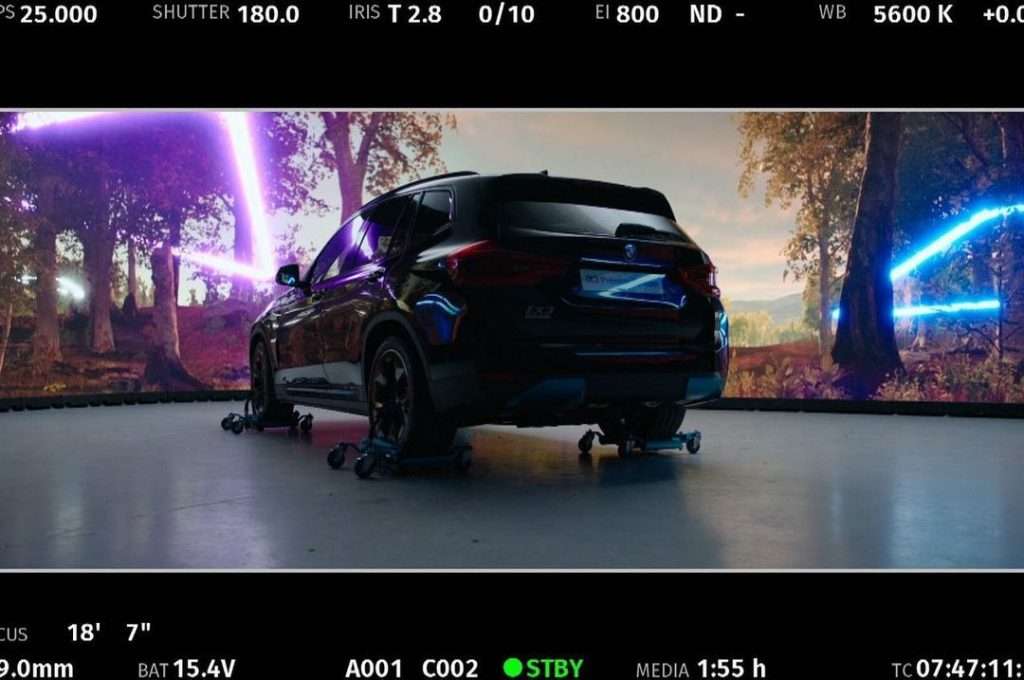 To complete the array, the VERO team installed a Desay 6mm LED roof for reflections with diffusion. All of the visual content was driven by VERO’s disguise media servers, using NovaStar 4K processing with Genlock to ensure there was no tearing of the image across the full 19m-wide canvas.

“The BMW iX3 Premier Edition is marketed as a design innovation with ‘amazing levels of refinement and flair and a new look and feel’,” says MadeWithVERO’s Robert Tyler. “We pulled out all the stops to combine the latest camera tracking, gaming engines, and LED screen technology with high definition, lifelike graphic creation to shape Vero – and the results for the iX3 promo film look fantastic. We’re thrilled with it.”

VERO was launched in the spring as a studio to ‘revolutionise traditional VFX workflows’, which rely on combining physical footage captured in front of a green screen with digitally generated backgrounds in post-production.

“Working in this way, Vero enables directors to see the visual backdrop in real-time during filming on set, with the powerful graphics engine tracking technology meaning the action is always realistic,” adds Tyler.

It is already dramatically reducing costly set builds, location shooting and enhancing visual FX across a range of projects.