The expansion of the Oscar-winning film studio will provide jobs for local residents and attract new investment from national and international film production companies.

Operated by TIME + SPACE Studios with Developer General Projects, Twickenham Film Studios has been granted planning consent by Richmond Council’s Planning Committee. The approved plans are focused on future-proofing the two acre site to create a hybrid of film studios and production facilities. Alongside new amenities and a creative hub, the ambition is to turn Twickenham Film Studios into a market leading cultural destination with enhanced public areas, co-working spaces for local businesses, a café and a boutique cinema.

Currently sitting at 105,000 sq ft, the plans propose an extension of approximately 19,000 sq ft across the site, with the majority of new space to be used in association with the operation of the studios. Employing up to 1,000 people, Twickenham Film Studios is one of the London Borough of Richmond’s largest employers and the development will provide 60 new jobs post-completion, in addition to a spending uplift in the local economy of GBP2.5 million PA. As with other General Projects’ developments, the focus remains to benefit the local community while breathing a new life to the area. 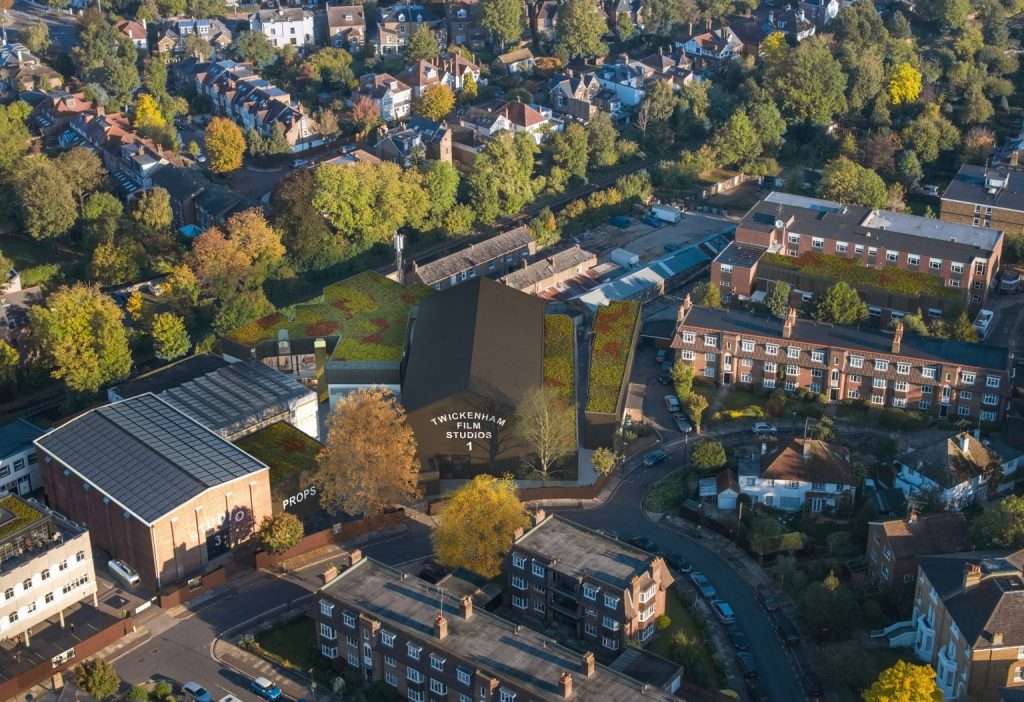 Sustainability will also play a pivotal role in the work, with initiatives that enhance site’s biodiversity, urban greening and reduce carbon emissions through the use of on site renewables.

This move from The Creative District Co comes as part of their wider plan to develop brand new studios around the UK as part of a £500m investment. Ultimately aiming to create 5,000 jobs and a million square feet of production space by 2024. With studios planned for Liverpool, Ashford, Birmingham and more, Twickenham proudly sits as the brain and HQ of its offering to date in the UK.

Twickenham Film Studios is London’s oldest film studio, established by the London Film company in 1913. The multi-award-winning studios retains strong local ties, as well as having global recognition, with numerous renowned films having been produced there, including The Italian Job, Bohemian Rhapsody and 1917.

Twickenham Film Studios is a perfect match to General Projects’ long-standing commercial and development criteria of creativity, quality and growth.

“This approval means we can forge ahead at pace with our ambitious site wide plans for a centre of creative, tech and innovation excellence here in St Margarets. A campus that will nurture and welcome next generation talent, as well as attracting world renowned talent to further compliment our current multi-award winning artists and expert management team we have brought together all working to meet the ever increasing demand of Film & TV content.”