Sonic sound mix in Dolby Atmos and IMAX performed at Twickenham’s world-class theatres, in collaboration with Skywalker Sound, led the industry back to work at the height of the pandemic

London-based Twickenham Film Studios (TFS), world class home to filmed entertainment since the silent era, performed the final sound mix for Paramount Pictures’ blockbuster Top Gun: Maverick working in collaboration with Skywalker Sound. The mix was facilitated against the odds in the height of the global pandemic and proved the template for major productions to resume work under Covid-19 protocols.

After more than thirty-six years of service as one of the Navy’s top aviators, Pete “Maverick” Mitchell (Tom Cruise) is where he belongs, pushing the envelope as a courageous test pilot and dodging the advancement in rank that would ground him. When he finds himself training a detachment of TOP GUN graduates for a specialised mission the likes of which no living pilot has ever seen, Maverick encounters Lt. Bradley Bradshaw (Miles Teller), call sign: “Rooster,” the son of Maverick’s late friend and Radar Intercept Officer Lt. Nick Bradshaw, aka “Goose.” 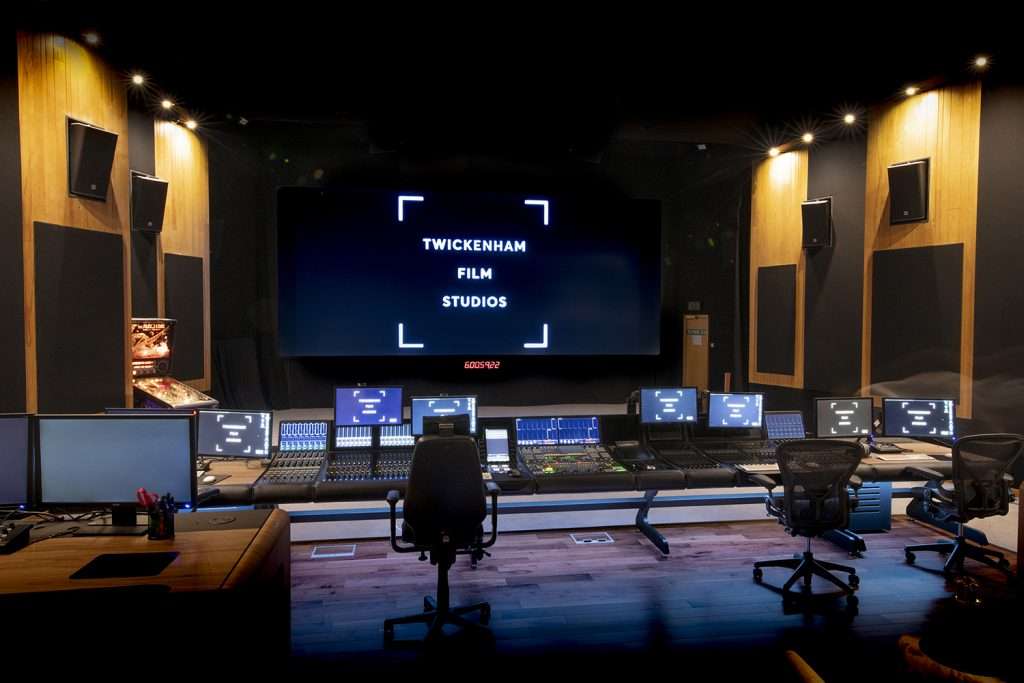 Facing an uncertain future and confronting the ghosts of his past, Maverick is drawn into a confrontation with his own deepest fears, culminating in a mission that demands the ultimate sacrifice from those who will be chosen to fly it.

The final Atmos sound mix was carried out in TFS Theatre 1 by re-recording Mixers Chris Burdon and Mark Taylor with Will Miller, Harry Jones and Tom Melling as Mix Techs. Led by Oscar nominated sound designer and supervising sound editor, James H. Mather and his Soundbyte Studios Editorial team, in collaboration with supervising sound editor, Al Nelson, the base at the TFS creative campus created a dynamic and epic mix for this long-awaited summer blockbuster.

TFS Theatre 2 was used by the production for the IMAX sound mix. Additionally, the Studios provided some ADR for this project.

The final mix took place between June and July 2020 during the pandemic for which TFS led the industry in establishing health and safety measures to protect cast and crew becoming the first recognised COVID safe studio in the UK.

One-way systems and sanitisation systems were among measures introduced. Studio staff were issued with thermometers to conduct routine temperature checks, and a bio-fogging specialist was on standby to treat the space being hired by the Top Gun: Maverick production.

Piers Read, co-owner, says, “The creative drive of our talent and the reliability and dedication of the teams at TFS really shone during a time when our clients really needed us. The ability of our whole team and especially our sound department to adapt under exceptional circumstances and accommodate a production of this magnitude is extraordinary.”

He adds, “The fact that we were able to succeed and deliver exceptional creative work reinforced the close bonds we have with our clients and gave confidence to other big productions to restart their productions both here in London and across the wider industry.”

Twickenham Film Studios has extensively refurbished and upgraded its re-recording theatres, making TFS the most advanced sound department in the UK.