Transforming an arena into a rooftop basketball court with rental backdrops

One of my recent jobs really challenged me in a way that, literally, required an out-of-the-box solution. I was hired to direct an in-arena opening video and promo spot for the Minnesota Timberwolves’ 2022-2023 season. In our pitch, we had an outdoor, night street court as a major part of the creative. After winning the bid, however, that nighttime location shoot became too difficult to pull off with the players. This meant we had to come up with a way to create the feel of an outdoor court inside Target Center.

It’s one thing to film with basketball players that are over 7 feet tall, but it’s another to try and create background scenery at that scale for wide shots. Working with those ratios, we realised that we needed to build a set that was 30 – 40 feet tall, and ideally 50 – 100 feet long on each side. We quickly determined that LED walls and printing a custom backdrop of that size were both too cost prohibitive for this project. I knew about Rosco SoftDrop and that Rosco also had them available for rent, but I had never had the chance to use them. I visited roscodigital.com/rental and saw all of their available options. 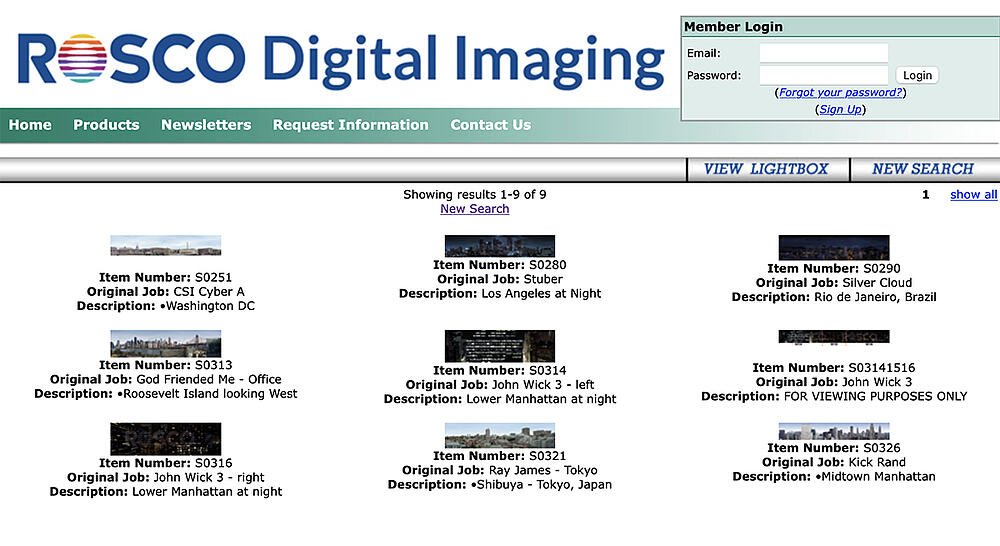 I was able to search for a nighttime skyline SoftDrop that was at least 30 feet high and 40 feet long. Each result provided details about the drop and sample photos of what you’d be renting. After a bit of searching, we found three night cityscape drops that were originally used on John Wick 3, and we placed our rental order.

When the SoftDrops arrived, our riggers and stagehands had no issues laying out the drops, attaching them to the truss, and lining up the corners. The process was, surprisingly, much easier and turnkey than we assumed it would be. Because we were shooting a night scene, the SoftDrops had to be lit from behind. It’s also worth noting that we lit them from the ground up so that the camera wouldn’t see any hot spots shining through the fabric.

After we had the SoftDrops in place we added some benches, streetlights, a basketball hoop, and a lot of fencing. We were able to create several mini-sets within the footprint of the larger set. This was critical because, when you are working with NBA players, time is of the essence. The more variety you can get in a short amount of time really helps raise the production value of the end product. It was amazing to experience the sheer scale of what we had conceived in our planning layouts now fully in place inside the stadium.

One of the goals of using SoftDrops was to create a realistic environment we could capture on camera, but also for sheer impact for the players, PR, and the team. We accomplished this at a mere fraction of the cost than if we had tried to do this setup with an LED wall. SoftDrops enabled us to create a physical set that, once they were lit, created a realistic and authentic backdrop for the shoot. Filling an area with 40-foot tall SoftDrops created a totally immersive space that transformed that half of the arena into a rooftop basketball court. When the players walked in and looked around, I heard many of them say “I’m going there first.”

The shoot went very well and everyone loved the results. Then came, what I feared was going to be, the daunting task of taking down the backdrops and packing them up for shipping. The thing is – they all came down faster than putting them up! The drops were loaded and ready to be picked up before we knew it. Using Rosco Rental SoftDrops to create the background for scenery for our shoot was affordable, easy, and they provided fantastic results!