In the opinion of camera industry veteran Harry Box, the primary purpose of a good trade association “is to identify areas where there is difficulty or problems that affect everyone and address them as a service to the whole industry.”

Box ought to know – he has served for over ten years as manager of the Production Equipment Rental Group (PERG) at ESTA (the Entertainment Services and Technology Association). Particularly considering challenges posed by the pandemic-ravaged last 12-plus months, Box suggests there are few entertainment sectors that need such support more than the equipment rental industry. 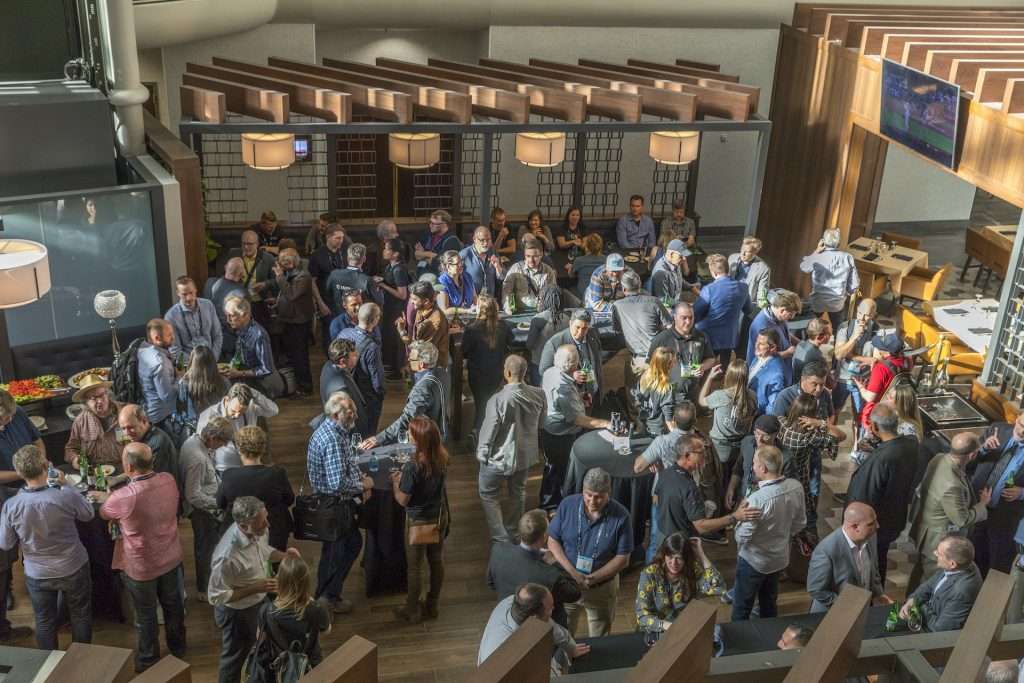 Reception before PERG’ General Membership Meeting at NAB, Las Vegas, in the before times

PERG evolved a little over a decade ago out of the former Professional Equipment Rental Association (PERA) – an independent trade organisation specifically for rental companies in the motion picture and television space. Eventually, PERA was absorbed into ESTA as one of several programmes that the association supervises.

“ESTA is an international trade association for all entertainment categories,” Box says. “Film and television is largely the same equipment manufacturers, a lot of the same standards, and a lot of the same interests as other entertainment sectors like event rigging, live concerts, theatre and more. That brought stability, and at that point we became a programme within ESTA known as PERG.”

Today, Box says PERG has about 90 member companies ranging from large players such as Panavision, ARRI, Keslow Camera and others to “all the premiere brands” and a wide range of smaller companies across the United States. “We include all kinds of companies, big and small, but the goal is the same – to figure out what kind of needs are universal to all of them?”

Along those lines, in terms of recent events, the organisation’s response to the Covid-19 pandemic serves as an example of addressing important needs impacting the equipment rental community. Box explains that the wider entertainment industry produced a template for production-related Covid protocols with the 2020 White Paper published by an industry-wide task force last summer, and there have been other solid efforts in various sectors. However, as Box puts it, “there needed to be a similar thing for vendors specifically.” 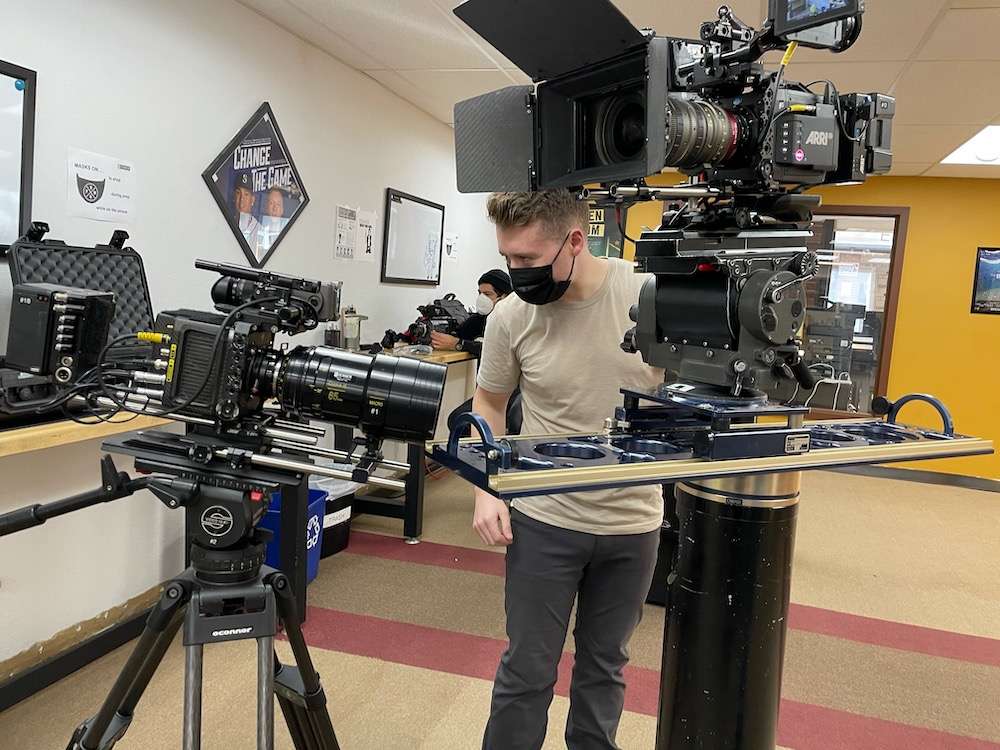 PERG therefore put together four specific working groups – one for sound stages, one for camera, one for lighting, and one for vehicles, since lots of rental companies own-and-operate vehicles. The organisation asked them to come up with vendor-oriented Covid protocols that would be compliant with CDC and OSHA guidelines.

“We had to take that [wider] guidance and interpret it,” Box relates. “How does it apply to equipment like lighting stands, lenses, cameras – all these different, delicate pieces of equipment made of all kinds of different materials? We came up with guidelines and released them last April as a public review document, got feedback, and finalised them last summer.”

The resulting document – PERG Safe Return To Work Guidelines –“was something the industry needed, and that’s always our focus,” he adds. 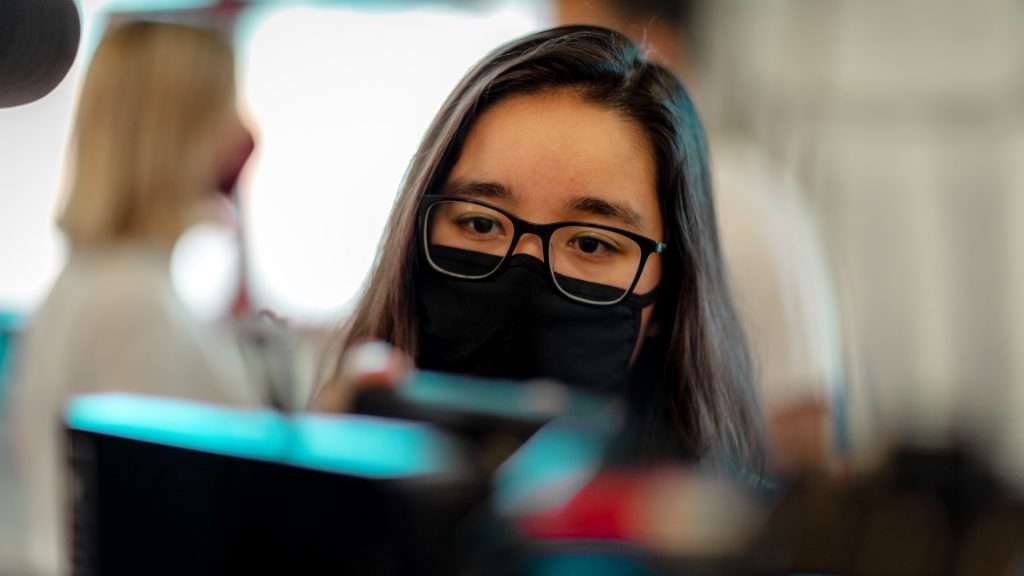 Long before the pandemic hit, however, PERG was working on events, papers, protocols and industry-wide dialogue on a wide range of issues that are of particular importance to equipment vendors – including, insurance challenges, rental software, theft prevention, and much more, sometimes in partnership with other important industry entities.

In particular, Box says, in recent years PERG got together with the Association Of Independent Commercial Producers (AICP) to address particular challenges that vendors run into when negotiating rental contracts with production companies and large studios.

“It’s a perennial problem that big studios, who have enough clout, will redline the contracts, not agreeing to certain things or demanding changes, which slows everything down,” he explains. “Principals and owners of companies spend hours and hours having to re-negotiate the same basic rental contract they previously used over and over again. Eventually around 2012, we formed a joint committee with AICP to try and come up with terms-and-conditions on major, consistent points that rarely change, and we offered that as a resource to the industry.” 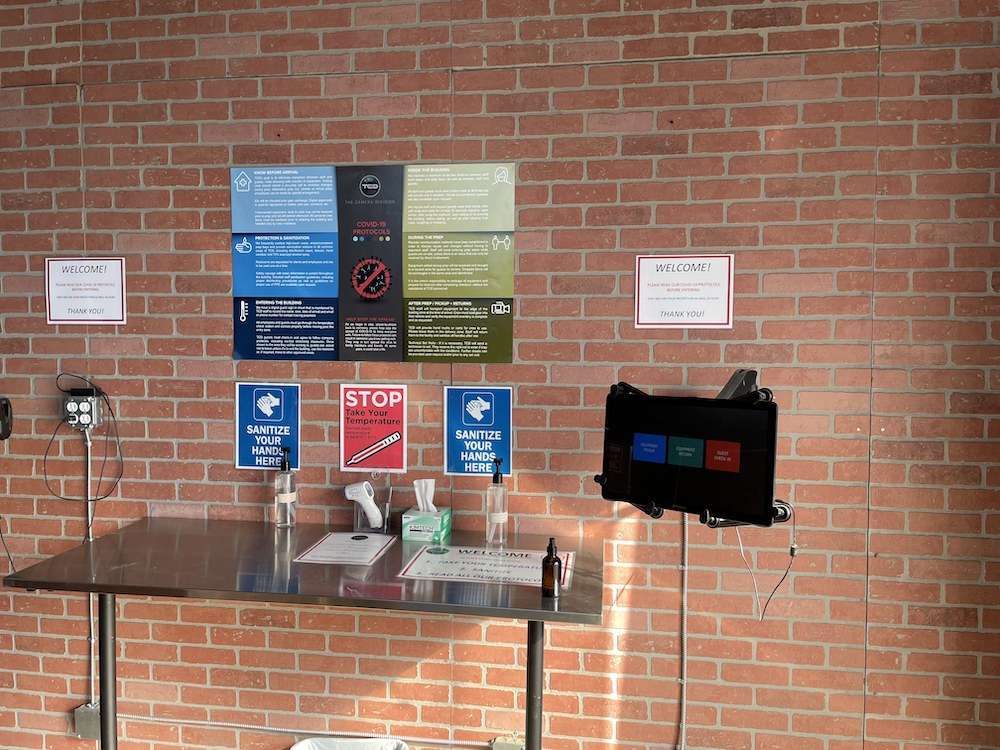 Box says that over time, with input from the insurance industry and direct contact with major production companies, among others, basic agreement on many points was achieved. “For example, production companies didn’t understand why it takes so long to produce a list of missing and damaged equipment after a job is returned,” he adds. “So camera rental industry pioneer, the late Denny Clairmont, brought them over and had them observe technicians going over equipment from a recent job, piece-by-piece. That’s how those companies understood why it takes more than two hours to produce a loss-and-damage report. By the end of that process, trust was there between the two sides, with give-and-take on both sides.” 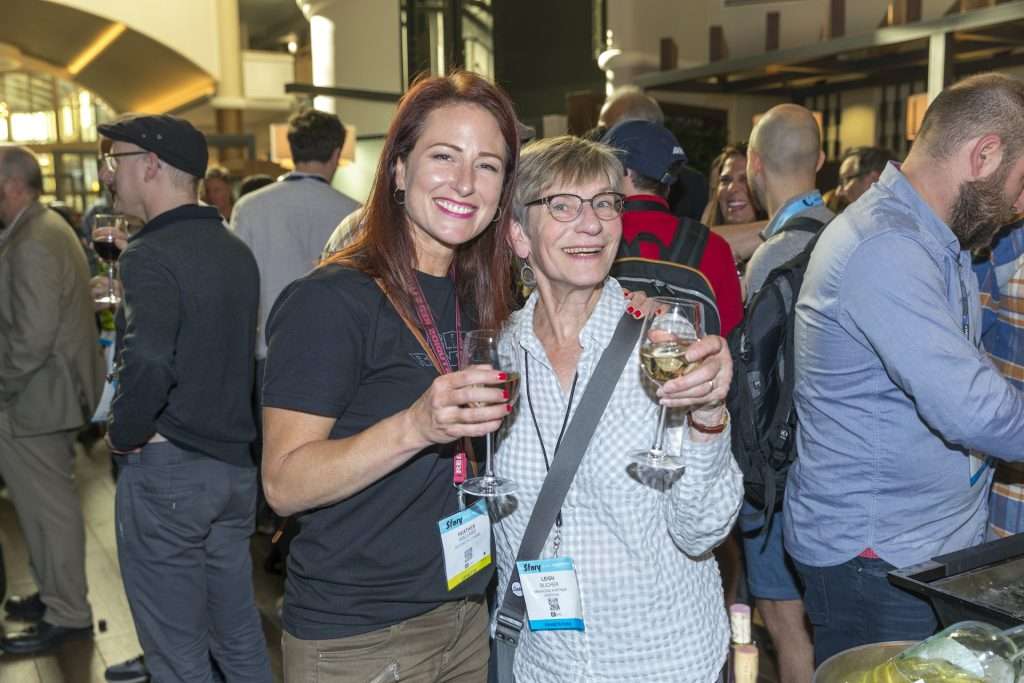 As a result, the AICP-ESTA Terms & Conditions document was produced, which has essentially been making life a bit less complicated for rental companies ever since. Box says PERG has on its agenda the hope of next bringing the usefulness of this initiative to a wider clientele – the major studios.

PERG’s relationship with ESTA has also allowed the organisation to join its parent’s fraud-and-theft prevention programme, known as Rental Guard. That is essentially a five-year-old international network/database for rental companies, whether or not they are part of PERG, to list missing or stolen equipment serial numbers and share information about how thefts are happening, and file reports on theft issues across the rental industry. 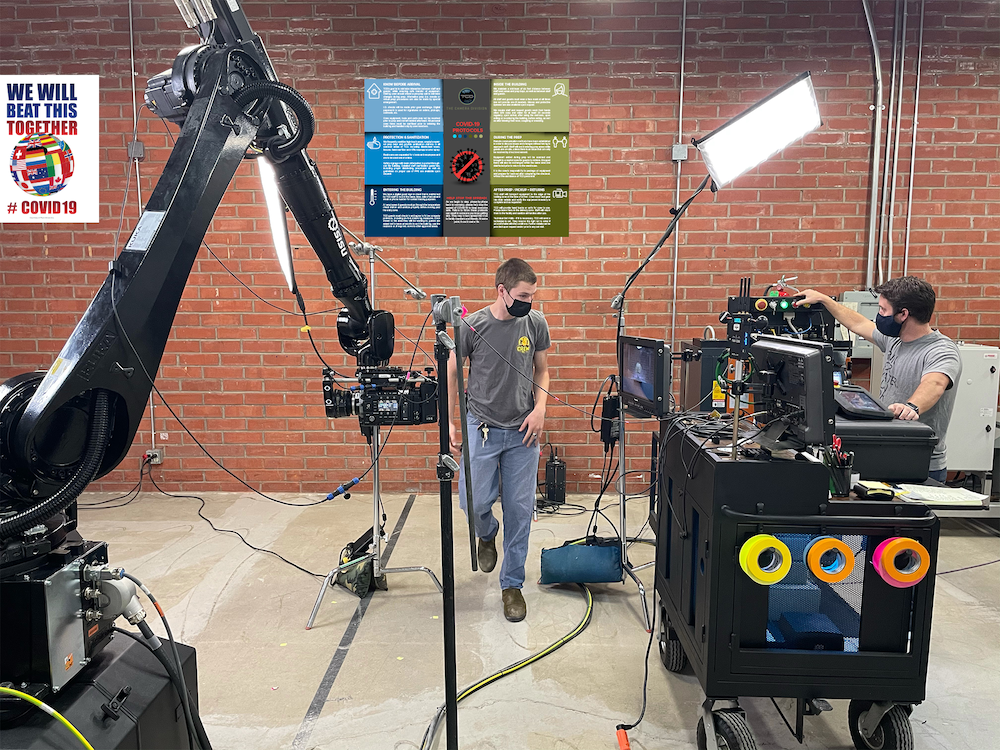 Masks and signage at camera prep at the Camera Division, Los Angeles.

“Rental Guard has grown every year in terms of the number of people registering for it and using it,” Box says. “There has long been an international problem regarding theft. We have done lots of outreach to rental companies, labour guilds, and others to educate them about the nature of equipment theft in the modern era. And now, people are using Rental Guard as a tool to recover their equipment. It also serves as a deterrent because, if you have a website where people can look up serial numbers of stolen equipment, then all of a sudden, you have a limit in place, people are going to start being a lot more careful, and the theft marketplace becomes less free-flowing.”

Box points to other, newer issues on the horizon that PERG is also hoping to work with major studios on. Among them are DEI (diversity, equality, inclusion) challenges in the rental industry – the fact that in the US, there are not a large number of minority-owned rental companies. He says PERG “is working with studios right now to encourage actionable ways to address this issue going forward.” 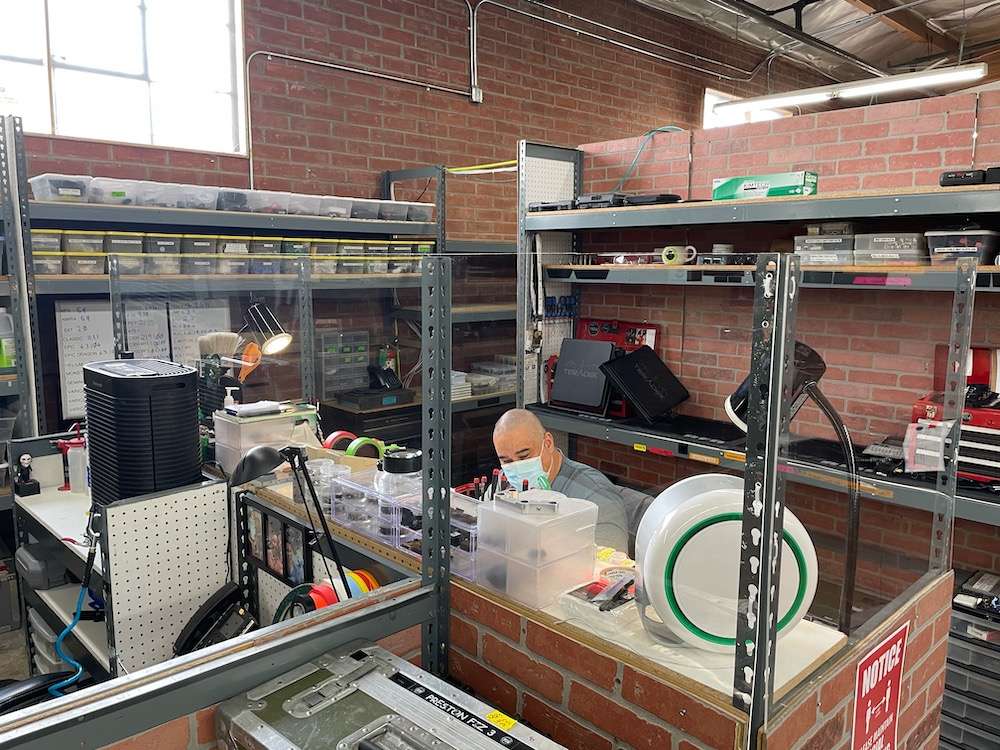 Rental Manager behind plexiglass at the Camera Division, Los Angeles

But more broadly, at the end of the day, Box suggests that PERG’s greatest contribution may be in the area of communication and interaction across the rental industry.

“After all, our members want to talk to each other and learn from each other,” he says. Prior to the pandemic, four major yearly live events were routinely held across the US specifically for the purpose of bringing members together, and Box expects those to resume in some form once the Covid crisis abates.

“We would hold a major membership meeting, where members could discuss things like insurance, rental software, problems they have with clients and how they deal with those issues,” he explains. “We also started doing a breakfast at NAB and at Cine Gear, and we would host a New York-based collaborative party with AICP, a really fun Oktoberfest party, and we were doing a similar Cinco de Mayo based event in Los Angeles. The idea was that bringing rental houses together with each other and with clients was a huge benefit to members.” 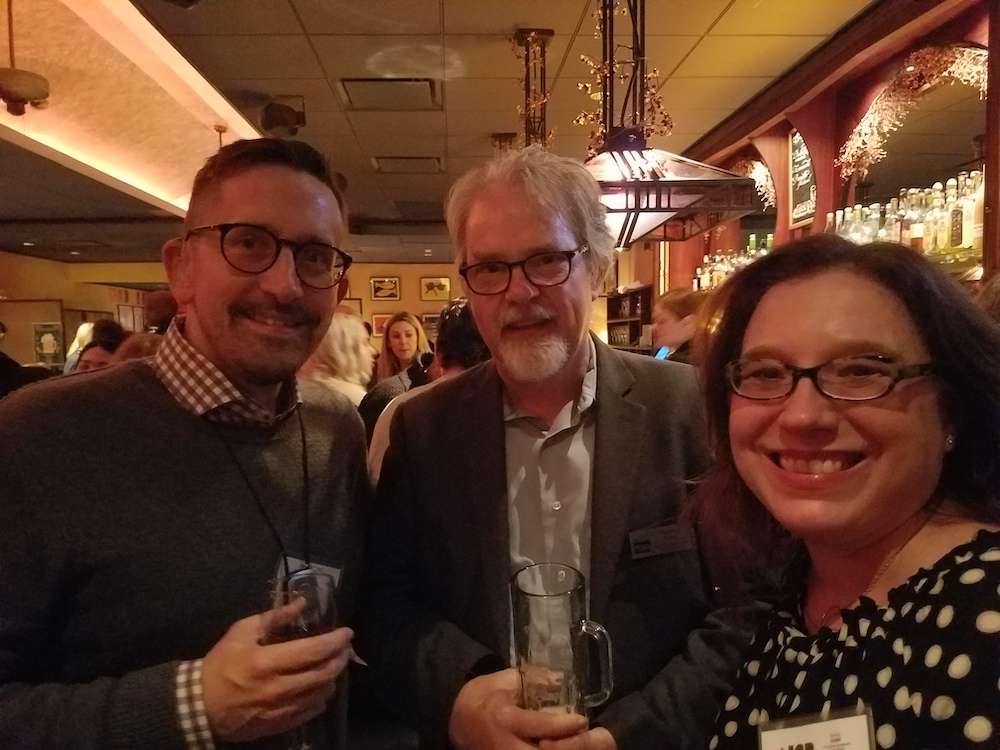 Harry Box (center) with Kristin Wilcha (AICP) and another guest at the PERG/AICP Oktoberfest Party in New York, 2019.

Although the pandemic took live events off the table over the course of the last year, Box adds that a silver lining has emerged in the sense that the organisation has realised remote communication technology can help connect members more frequently, both formally and informally, going forward.

“The PERG executive committee, made up of 12 member companies that are the steering council for everything we do, used to only meet four times a year, around the trade shows,” he says. “But that was hard, because everyone had to travel, and we had to book a space and then try to get everyone together for meetings while they were trying to cover the trade show. Now, we are doing one-hour meetings on a monthly basis via Zoom, and frankly, we are getting way more done, and everyone is more regularly engaged.” 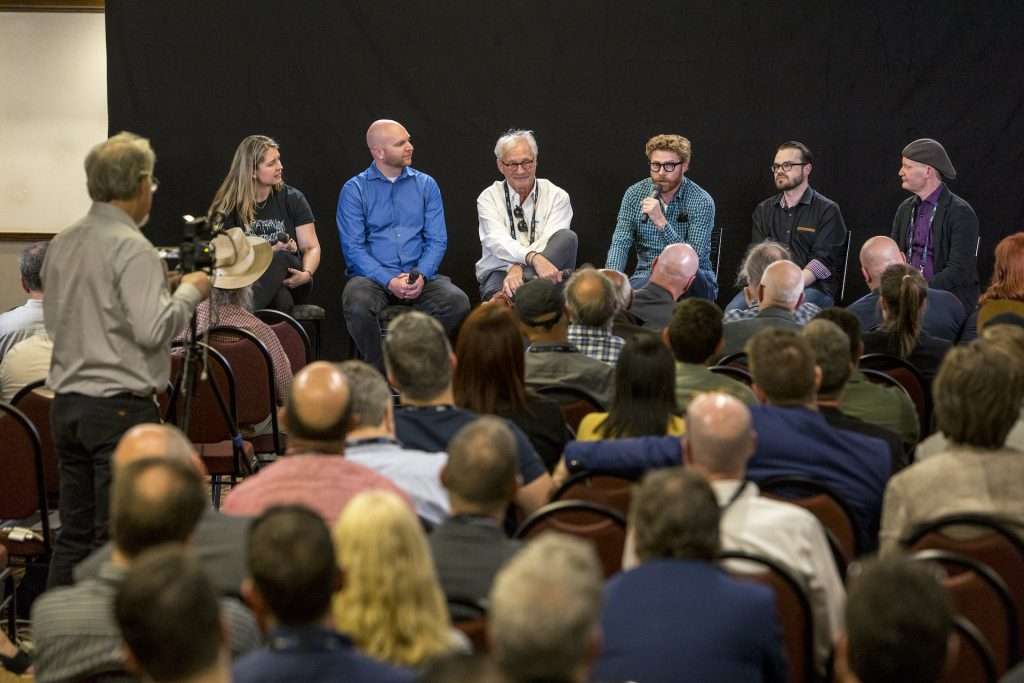 PERG has also started holding remote one-hour “Coffee Break” events in which experts in some areas of interest, such as small business loans, labour law issues and mental health, for example, can give a talk to interested members via Zoom. And Box expects more such innovative remote programming to develop in the coming months. 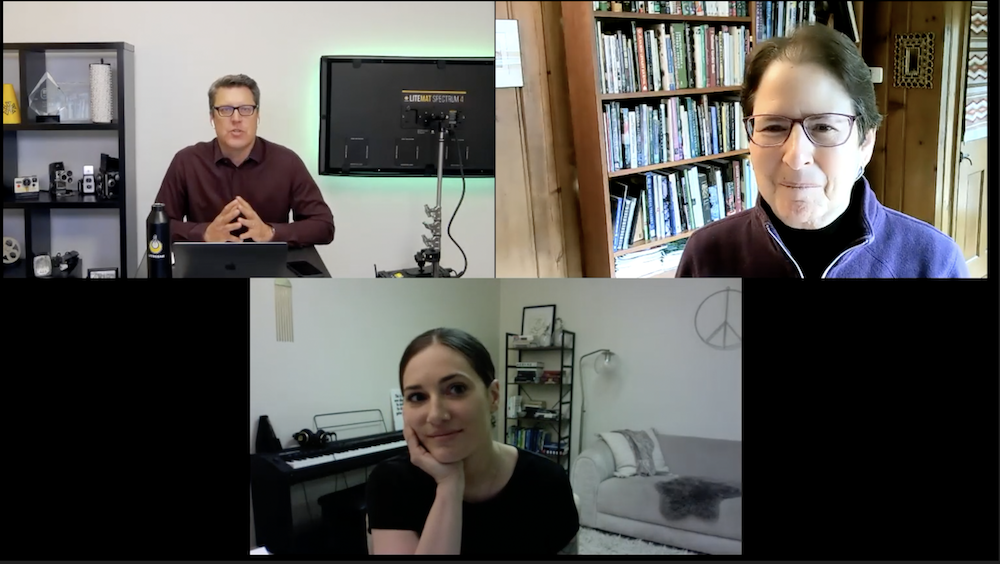 “After all, this technology lets us get the membership together without them ever leaving their office,” he relates. “So that is something we will definitely be pursuing.”