The masters of high frame rate, slow-motion, and internet breaking viral videos, the Slow Mo Guys, have announced that they have partnered with camera robot experts MRMC to take their slow-motion skills to the next level by introducing the Bolt High-Speed Camera Robot to their arsenal of content capture technology at their studios in the U.S.

A natural next step in the development of their spectacular slow-mo sorcery, the Slow Mo Guys will continue to push the boundaries of creativity by using the Bolt High-Speed Cinebot to capture some of their amazing slow-motion footage from new angles in clear crisp focus. 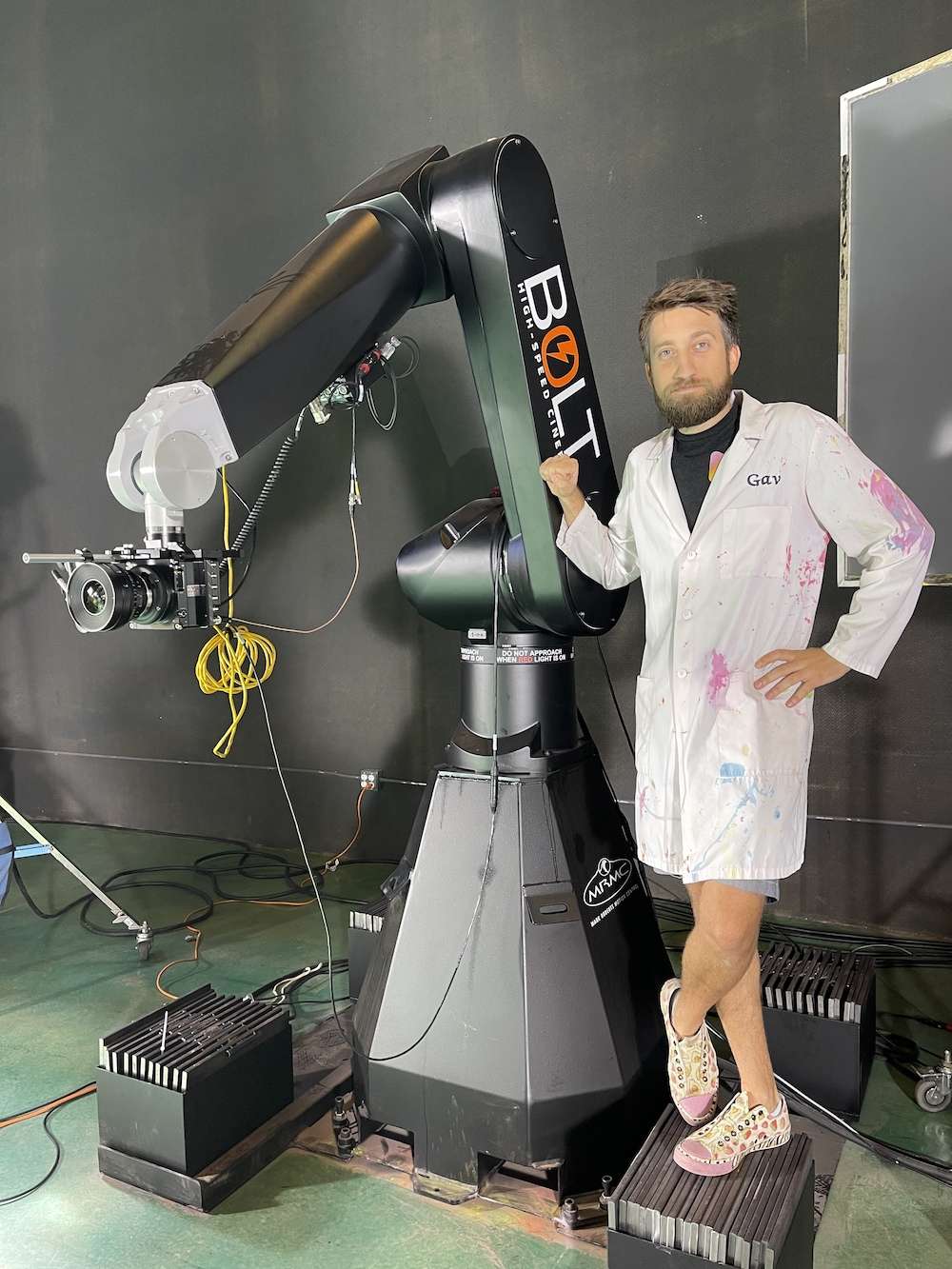 Over the coming months, the Slow Mo Guys will be using the Bolt Cinebot to push the boundaries of what is possible. This exciting partnership will give their millions of fans some incredible footage of never seen before angles, as the Bolt Cinebot goes from standstill to full high-speed motion and back in a fraction of a second, creating beautiful shots of their slow-mo capture at work.

On the collaboration, Gavin Free said it was such an honour when MRMC expressed an interest in the channel and offered ongoing access to such an impressive piece of machinery: “They use these on Marvel movies. This is upper tier!”

The legendary collaboration has already begun to produce awesome results: in a recent video on The Slow Mo Guys channel – Slow Mo with a High-Speed Robot, Gavin paired the Bolt with the Phantom VEO Camera to get some angles and shots he’d never have been able to achieve by hand. It’s a pretty exciting development for Gavin: “I grin every time I see the Bolt.”

Dan Brooks, head of marketing for MRMC said “Like millions of others, we at MRMC are huge admirers of the Slow-Mo guys and the incredible slow-motion work that they create. We’ve always thought that the combination of our high-speed Bolt Cinebot with its precise high speed capture precision and the nature of the slow-motion capture work that Gavin and Dan do was such a natural fit, so we’re delighted to assist them with our flagship high-speed Bolt Cinebot robot. We’re really looking forward to it and are hugely excited to see what they create with it this year.”

For more Information on MRMC & The Bolt Cinebot: