The Production Guild of Great Britain (PGGB) will celebrate the winners of the 2022 PGGB Awards in association with Warner Bros. Studios Leavesden tomorrow night, as the UK industry gathers to recognise remarkable achievements made by Production Guild members working in film or television drama within the production office, accounting, locations, assistant directing, post-production and VFX. 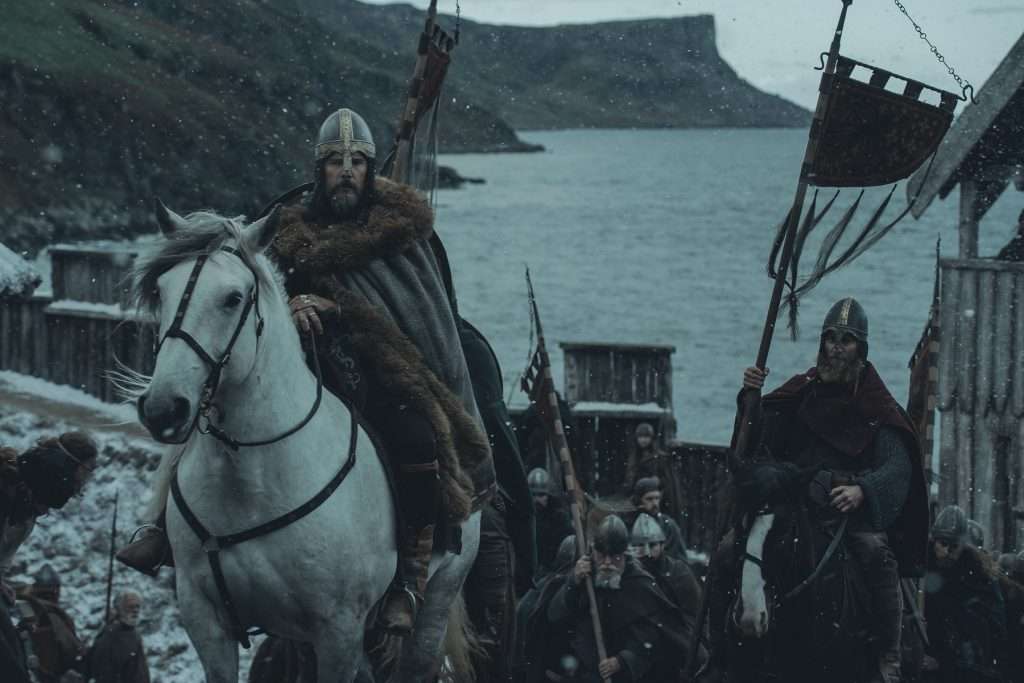 Six awards will be presented at the glittering ceremony hosted by comedian and TV presenter Patrick Kielty tomorrow evening (Saturday 26 March) at The Grove in Hertfordshire.

Lyndsay Duthie, PGGB CEO says: “As British content continues to be in demand, we are delighted to be able to celebrate the achievements of our world class production talent at our prestigious awards ceremony. The winners are all trailblazers and we are so proud of each and every one of them.”

Dan Dark, EVP Warner Bros. Worldwide Studio Operations says: “It’s been a fantastic year for UK production with so many PGGB members making such an outstanding contribution to the industry. I’m especially pleased to see how our industry is recognising the importance of Diversity and Equality and is working to make all areas of our business more inclusive. The awards this year will be a great opportunity to come together in person and to celebrate the incredible achievements of our talented winners.”

When the UK entered lockdown just days before The Northman’s principal photography was due to start in March 2020, director Robert Eggers and crew quarantined in Belfast rethinking production practises and schedules, devising innovative solutions to Covid-safety challenges, and navigating arrangements with a multi-national cast that included Alexander Skarsgård, Nicole Kidman, Claes Bang, Anya Taylor-Joy, Ethan Hawke, Björk and Willem Dafoe. With overseas locations off the table due to travel restrictions, the team set out to recreate the Scandinavian look and feel of the film in Northern Ireland, rethinking locations and set building and prepping everything from costumes and props to horse-training and armory-safety during shutdown. The three month shoot finally began in August 2020 at Belfast Harbour Studios and on location at Torr Head (County Antrim) where a full Viking village was built. Other locations included Five Finger Strand (County Donegal) and The Gleniff Horseshoe (County Sligo). The Northman will be released in the UK on 15 April UK and in the US on 22 April 22 via Universal Pictures UK. 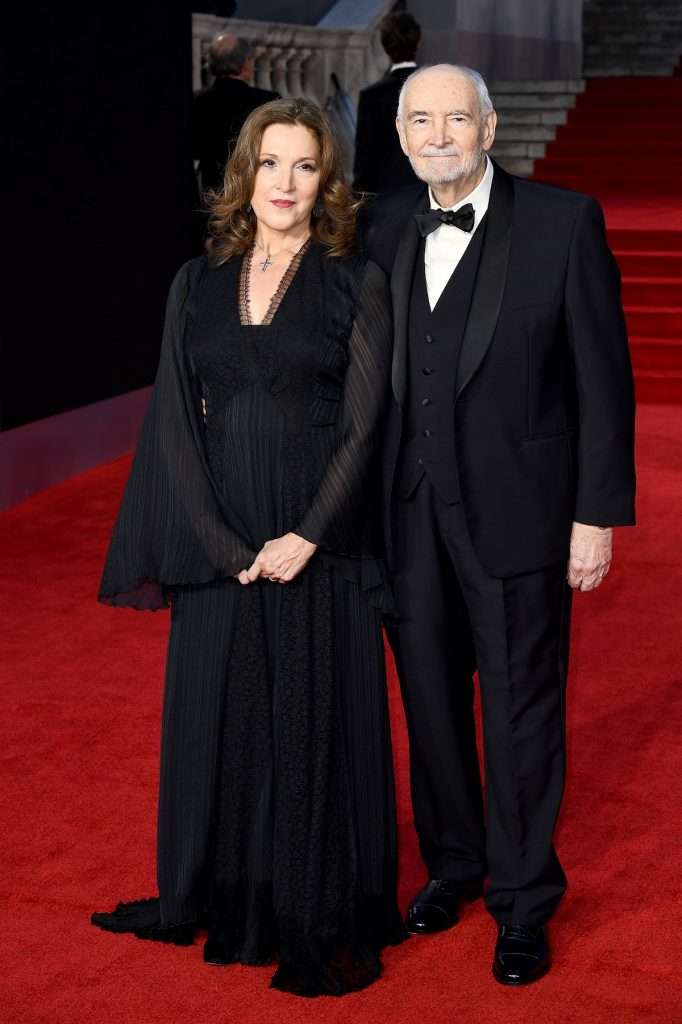 Jury Chair, producer & executive producer Callum McDougal (1917, Spectre) says: “The Northman was the first major feature to shoot in Northern Ireland during COVID-19. It was an absolute trailblazer, sending a sign across the world that we could continue to work safely in this country and deliver film successfully. The team really went above and beyond, showing an exceptional degree of resilience and ingenuity whilst remaining true to the original concept of the movie.”

Driven by director Andrew Haigh’s vision for maximum authenticity, shooting took place in the Arctic in Svalbard, up to 81 degrees north, making The North Water widely believed to be the most northerly drama shot to date. At times locked in sea ice and up to 24 hours away from land, filming took place on a period whaling vessel with just two small support vessels and on floating ice sheets. Cast and crew lived in close quarters for one month and endured hostile conditions and freezing temperatures, encountering polar bears and walruses. The production continued in Budapest at the end of 2019, and when the pandemic brought about international lockdown in March 2020, the team were forced to pull the Canadian leg of their shoot, moving the filming for remaining sequences to the UK. The shooting crew were a mix of British, Hungarian, Norwegian and Canadian. 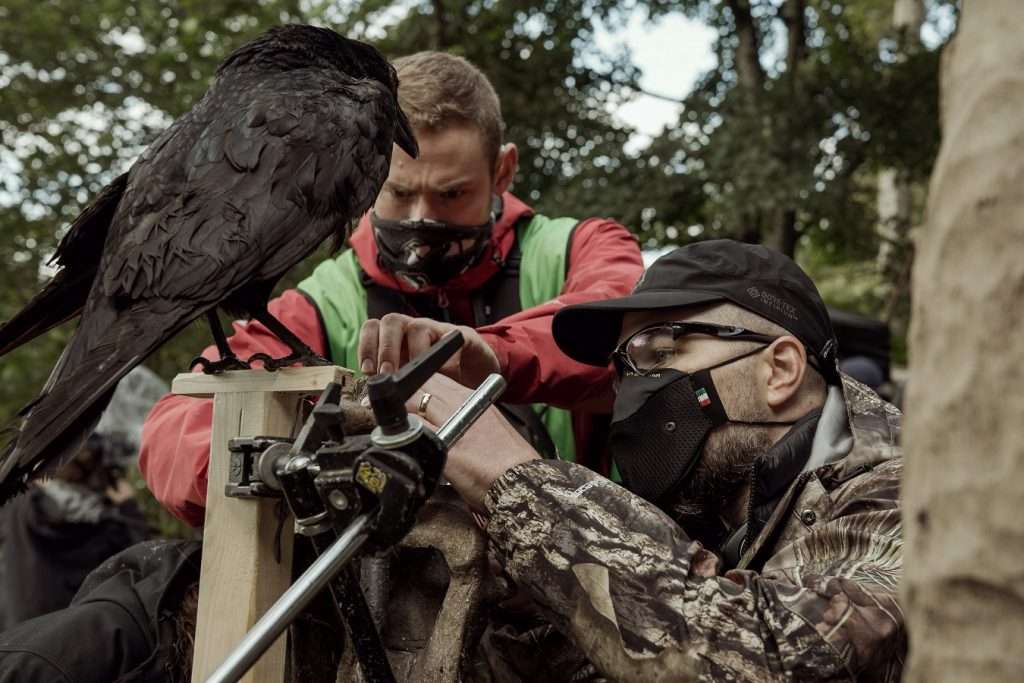 Jury Chair and PGGB chair, producer Alex Boden says: “The North Water team demonstrated how to survive the perfect production storm: you take all the elements that make production tricky, throw in Covid and then sail north! The fact that they not only survived it, but they’d do it again, is testament to this team’s achievement. This is what UK High-end television looks like today.”

A Special Mention in this category goes to the production team behind upcoming crime drama series Suspect (w/t) produced by Eagle Eye Drama for Channel 4, for their progressive approach to scheduling the shoot in a way that reimagined the ‘work-life balance’ of the film set, placing well-being of crew at the heart of the show. PGGB members Chris Bunyan (line producer), Roger Evans (production manager) and Bex Scott (production accountant) receive the award.

Samantha has played a part in a number of landmark developments that have benefited the UK film and High-end TV industry since joining BFC in 2004, including introduction of the Creative Sector Tax Reliefs. Her work saw her awarded an MBE for services to the film and TV industry in the New Year Honours List 2019. However, it was in her current role as BFC’s head of production UK that she faced the challenge of navigating a path through the pandemic, which posed the largest threat to UK production in history. Samantha was an integral member of the BFI Covid Safety Taskforce and the BFC Covid-19 Inward Investment Recovery Group and led on the drafting of BFC’s ‘Working Safely During COVID-19 in Film and High-end TV Drama Production’ guidance. Working remotely, her team led one of the biggest cross-industry consultations ever undertaken, considering hundreds of submissions to develop the guidance. Working with the Department for Digital, Culture, Media and Sport (DCMS), Samantha led the guidance through government scrutiny to the highest level, including the Deputy Chief Medical Officer of Public Health England and, finally, No.10. On 1st June 2020 the UK film and High-end TV sector became the first industry to publish Government-endorsed safety guidance, enabling production to start moving again. Since then, Samantha’s team has regularly updated the guidance amidst a constantly evolving landscape of changing restrictions, providing an invaluable source of up-to-date guidance to production professionals in the UK and overseas. 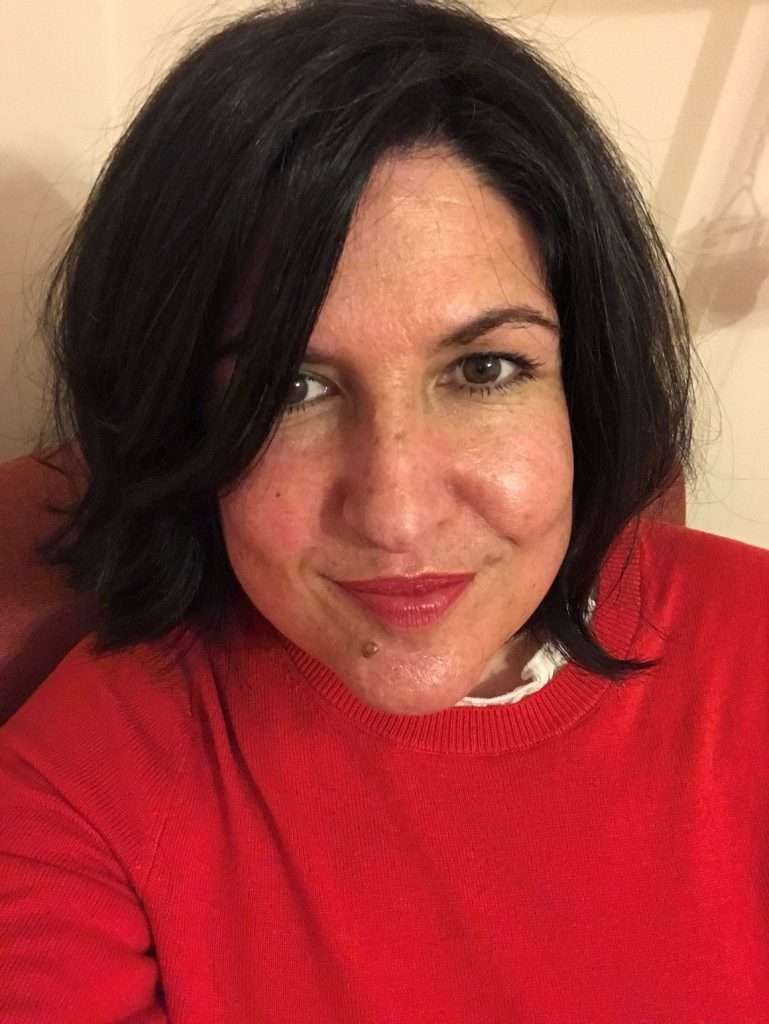 Iain Smith OBE, chair of the British Film Commission, says: “Samantha Perahia is the best asset the British Film Commission has. Through her passion, her can-do approach and her hard work, she has become the trusted voice of our industry around the world and particularly in North America. As Chair of the BFC I thank her for her hard work and her dedication to that work and I salute her for everything she has done for our industry in this country.”

A Special Mention in this category goes to Lynn Saunders, Head of Liverpool Film Office, for her work developing the screen sector in Liverpool and the North-West region.

The WonderWorks provides accessible, affordable and flexible support for families, with 45 places available to productions and Warner Bros. staff based at the site. Founded in 2019, the Ofsted registered nursery has set a precedent for the industry to provide support for parents working in film and TV production and has since launched the ‘Keeping Families in Film’ campaign urging industry leaders to make on-set childcare solutions a priority, with a line in every budget for childcare. The campaign has garnered widespread support in the form of an open letter signed by major figures such as Keira Knightley, Cillian Murphy, Hayley Atwell, Lizzy Caplan, Alfred Molina and Jodie Whittaker, along with organisations including Time’s Up.

Actress Jodie Whittaker (Doctor Who) says: “To see the journey The WonderWorks has gone on in such a short space of time and what Emily and Charlotte have achieved, is incredibly inspiring. It is so vital and it’s so necessary for our industry.”

After accumulating a number of successful Production Coordinator credits including Top Boy (Netflix), The Accident (Channel 4) and Ted Lasso (Apple TV+), Fay made the move to junior production manager for one block of Britannia (SkyAtlantic/Amazon Studios), before stepping into a full production manager role in 2021 for Gangs Of London, produced by Pulse Films for Sky Atlantic. Remaining poised in the face of huge challenges caused by filming during COVID-19, Fay built trust across all departments and remained enthusiastic for continued responsibility. Throughout her steady career trajectory, her natural and burgeoning talent for production has been recognised by those she has worked with, marking her out as ‘one to watch’. 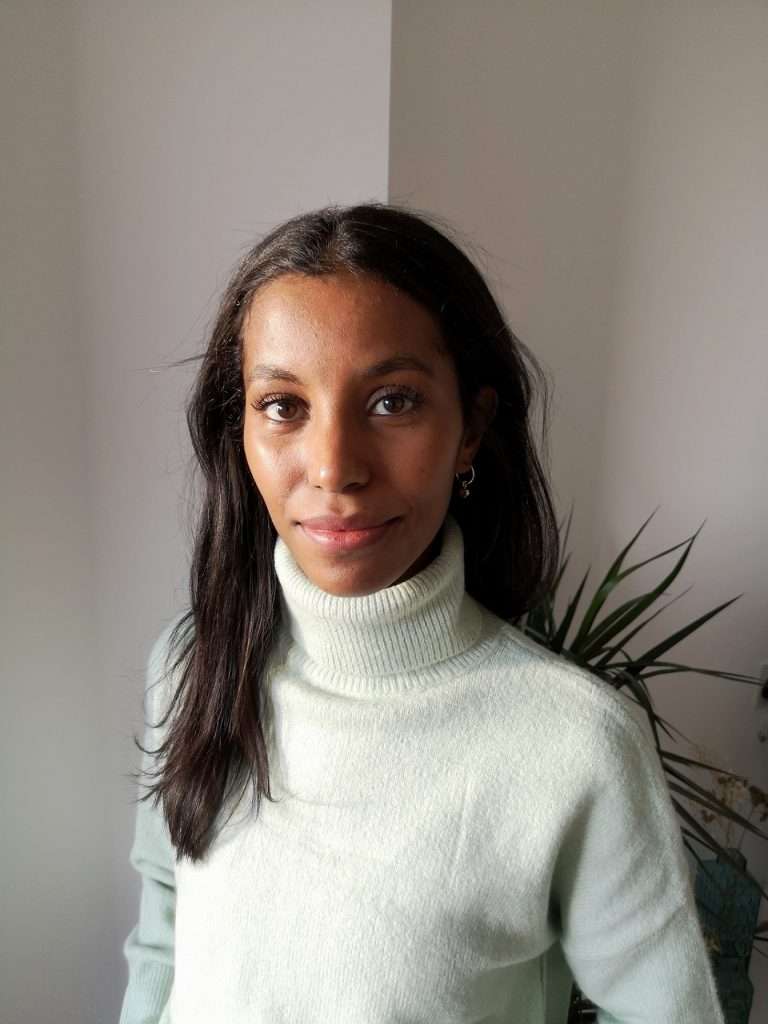 Bianca Gavin (head of production, Pulse Films) says: “We commend Fay for making that big step from the confines of the production office to a more frontline role. Gangs of London is an ambitious series, yet Fay never once faltered. She put herself front and centre, managing crew and equipment shortages, on top of all the other anxieties that working through a pandemic brings. Stepping up to become a solution focused, friendly ear to cast and crew alike is highly commendable. Fay remained committed and reliable throughout the entire series. We applaud her courage in putting herself forward for that role.”

Wilson and Broccoli have produced the last nine films in the series, which include some of the most successful Bond films ever made, including Casino Royale, Quantum Of Solace, Skyfall (for which they received the BAFTA for Outstanding British Film), Spectre and the most recent, No Time To Die, the top-grossing Hollywood film of the pandemic era at the international box office The 25th film, which marks Daniel Craig’s fifth and final portrayal as 007, was five times nominated at the 75th British Academy Film Awards where it won the BAFTA for Best Editing. It is nominated in three categories at the upcoming 94th Academy Awards. Wilson, Broccoli and EON have also produced a number of independent features, often female-directed with strong female storylines, including The Silent Storm (2014), Radiator (2014), Film Stars Don’t Die in Liverpool (2017), Nancy (2018), The Rhythm Section (2020) and Ear For Eye (2021). Working hard behind the scenes to ensure a pipeline of talent for the future, Wilson and Broccoli are founders of the London Screen Academy and Broccoli is BAFTA’s Vice President for Film and a Trustee of Into Film. The pair were awarded OBEs in 2008 and CBEs in the 2022 New Years’ Honours List.

Film critic and presenter Jason Solomons says: “There are almost too many reasons why Barbara Broccoli and Michael G Wilson deserve this very special award this year, perhaps more than any other year in the long history of their tenure of the Bond franchise. What they did with Bond 25, No Time To Die, is nothing short of phenomenal – showing bravery, commitment, utter faith in their movie, knowledge of their audience and making hard commercial decisions before delivering with the most artistic of flourishes.”

Darren Smith, managing director, MBS Equipment Co, says: “MBS Equipment Co is delighted to be, once again, sponsoring the PGGB Spotlight on New Talent Award. We’re delighted to be a part of this celebration of UK Production and are particularly proud to have this opportunity to acknowledge the valuable contribution made by the Guild’s newer members and future stars.”

Mark Furssedonn, managing director, EMEA says: “Panalux is proud to sponsor PGGB and, more specifically, the Film Production Team of the Year Award which recognises the immense team-effort required to create a successful environment for filmmaking. Many congratulations to the whole team who worked on The Northman. Their incredible effort and dynamic as a cohesive unit was an inspiration, especially during a time where filmmaking required such planning, consideration and collaboration.”

Simon England, managing director of Digital Payments, Equals Money, says: “At Equals Money, we’re proud to sponsor the PGGB Diversity and Inclusion Champion Award and support the forward progress being made in the production industry.”

All the PGGB 2022 Award winners were nominated by PGGB’s industry membership and selected by juries of leading industry professionals* except the PGGB Contribution to the Industry Award, which is nominated by members and voted on by the PGGB board