Four years ago today, veteran British cameraman Mark Milsome was killed on the set of Black Earth Rising (BBC/Netflix).  Founded in 2017 in his name, The Mark Milsome Foundation, was filming an important new crew-supported online Health and Safety course when news of the shocking and avoidable death of cinematographer Halyna Hutchins rocked the film industry less than a month ago.

In 2020 The Mark Milsome Foundation ran a survey amongst UK crew to gauge their opinions on current on-set Health and Safety and its shocking findings prompted the charity to devise and film a pioneering Health and Safety course in answer to the overwhelming response it received and the demand for a cultural change in the global film and television industry.

MMF Chairman and director/writer Kirk Jones, hopes the new course, which will be available online from 15th December 2021, will help turn the tide and become mandatory and industry standard:  “Injury and death in the film and television industry are not freak accidents, they are consequences of employing inexperienced crew to save money, of pressurised schedules, ignoring rules, regulations and laws, long working hours and a failure to uphold the most basic of principles, to put the health and safety of crew first.” 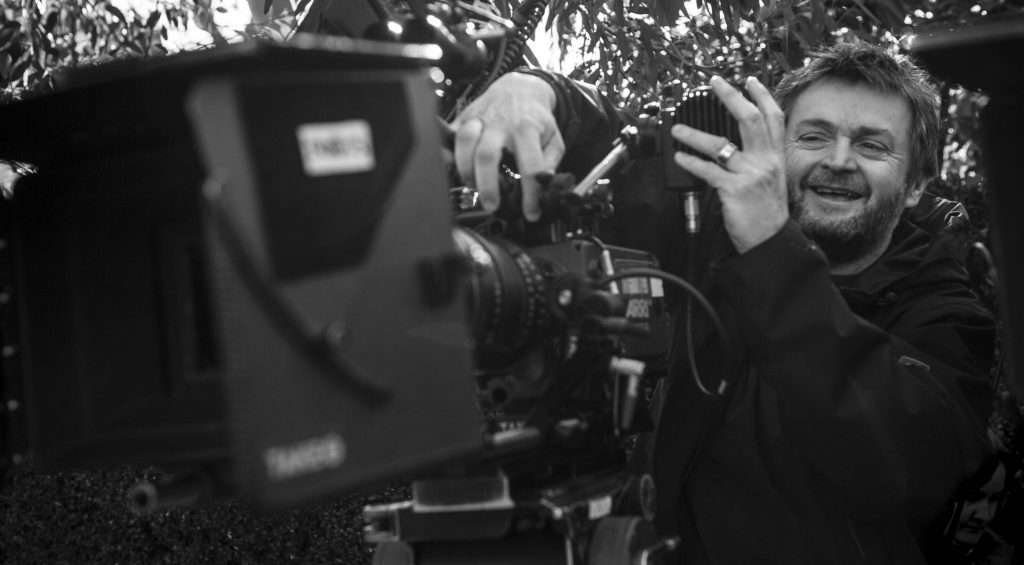 Bond actor, Rory Kinnear became a patron of MMF as its aims resonated having lost his own father, the actor Roy Kinnear, due to an avoidable accident on set in 1988.  Since then, deaths on film and television sets and life-changing injuries both in the US and internationally have continued.

On 23rd October 2020, at the inquest into Mark Milsome’s death, which occurred whilst shooting a simple car stunt in Ghana in November 2017, the West London Coroner, concluded that, “shortly before the execution of the stunt, the risk of Mr Milsome being harmed or fatally injured was not effectively recognised, assessed, communicated or managed”.

Mark Milsome’s wife Andra and daughter Alice, have designed two new eco cotton t-shirts to commemorate the 4th anniversary of Marks’ death.   The message on the t-shirt reads:  “Please Take a Minute for Mark, Take a Minute for Safety” and a detail on the sleeve offers a respectful nod to Halyna Hutchins.   Andra said:  “To echo the sentiment of Rory Kinnear’s words – Nobody should ever die for the sake of a scene and I hope the tragic, unnecessary and avoidable deaths of Mark, Halyna, Roy and many others, will not be in vain and that the work of the Foundation leads to greater accountability and safer working practises for everyone in the film and television industry.”

For more information on MMF www.markmilsomefoundation.com  and to see the full survey and comments: