The King’s Man may be the third in the Kingsman spy action series but director Matthew Vaughn’s creative discussions with Ben Davis BSC centred on giving the film its own unique identity.

Produced by Marv Studios for 20th Century Studios the film is a prequel exploring the origins of the ‘Kingsman’ secret intelligence agency against the backdrop of World War I. Ralph Fiennes stars as the Duke of Oxford, who takes young soldier Conrad, played by Harris Dickinson, under his wing. Also starring are Djimon Hounsou as Oxford’s butler, Gemma Arterton as the servant-cum-spy, Polly, and Rhys Ifans as Rasputin. 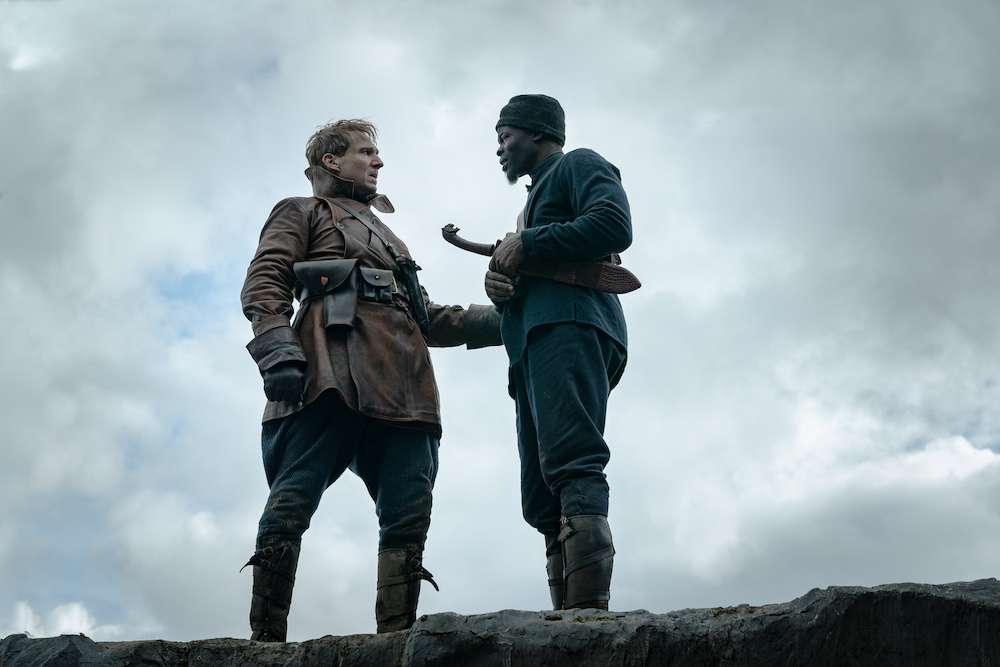 “Whereas Kingsman (The Secret Service and The Golden Circle) exhibit a lyrical camera movement and are very colourful and saturated, Matthew wanted something fundamentally different for The King’s Man,” Davis explains. “The approach we took from the start was to develop a look and a movement more in keeping with classical cinema and more relevant to the period of the story.”

So keen was the director to hark back to classic colour film that they even discussed shooting 35mm and referred to legendary British cinema including Zulu and The Man Who Would Be King. They settled on the large format digital ARRI Alexa 65 for primary photography and retained the anamorphic look established on The Secret Service with Panavision Ultra Vistas.

While the bulk of the drama about a father and son is treated in more restrained style, the action sequences recall the kinetic energy of the previous Kingsman movies. For these sequences, filmed by second unit director Bradley Allan, Davis tested a whole range of small camera bodies. 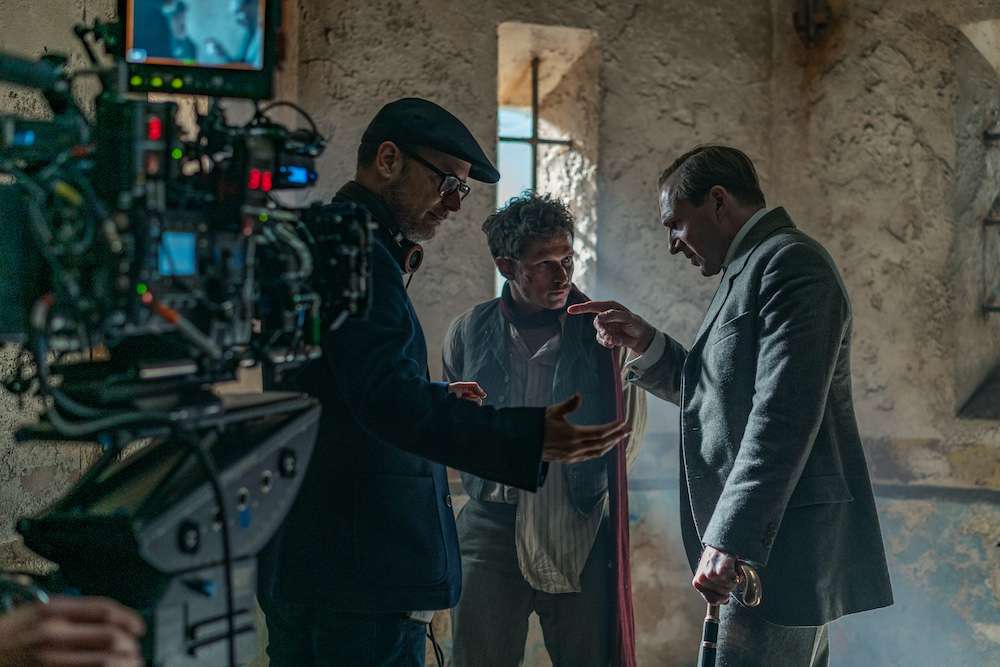 “What I didn’t want to do was take a small camera body and encumber it with a huge lens with focus and iris control and a rigging system, and wind up with something that kind of defeats the object of using a lightweight camera in the first place,” Davis says.

“I needed a camera that I could move in the way we wanted to, deliver great quality images and give me full lens, focus and iris control. We looked at GoPros but when we did size to quality comparisons the Blackmagic Micro Studio Camera was the best. I always kept a couple of Micros with me. It’s a great camera to just plant down for specific risky shots – particularly in the explosive environments of the trenches.”

You might expect that shooting A-camera 65mm anamorphic would make it tricky for any B-camera to match up but Davis says this wasn’t a problem.

“Firstly, in action sequences where the camera is moving dynamically what is important is that you have the resolution required so that when you project onto a large format you have images that are going to bare up to scrutiny.”

“To be double sure, we tested footage projected on a 60ft screen just to check we would be able to get away with it. The Micro has a smaller sensor and there are natural differences in depth of field and resolution (between the large format camera) but I found we could cut it in fine. You wouldn’t shoot your master wides on it but for the way we were using it, it was ideal.”

“Lightweight, versatile camera technology like this has changed the way we shoot nowadays since you can put it in places that you simply can’t get to with a larger camera,” he says. “You can put cameras of this size on mini stabilisation rigs. It changes the dynamic of cinematography.”

Principal photography lasted 85 days beginning April 2019 based at Longcross Studios and Turin where several buildings were comped to form the Russian Royal Palace. Other locations included Hankley Common in Surrey which doubled for the Transvaal.

Goldcrest Post senior colourist Adam Glasman led the DI and final grade delivering in Dolby Vision Domestic and theatrical HDR, as well as SDR Rec.709, with Daniel Tomlinson completing the online. Glasman reunited with Davis having made The Best Exotic Marigold Hotel, Three Billboards Outside Ebbing, Missouri and Dumbo together.

“The two previous Kingsman films are quite vivid, bold and glossy but because of the subject matter Ben wanted to go in a more sombre direction with a subtler feel,” Glasman explains.

They used a basic film-emulation LUT, that the duo had originally developed for Three Billboards, for principal photography. The LUT was transferred from set to post using Goldcrest’s in-house colour management system Optical Digital Transfer (ODC).

“ODC allows us to dissociate the look, the tone curve and the display device transform,” explains Glasman. “It also gives us specific tools to adjust the parametric tone curve like the contrast, exposure, black level or the level of brightness and saturation of the extended range for HDR grade.”

Davis says he’s changed his approach to digital workflows over the last few years. “I don’t spend nearly as much time in the DIT tent during production. Having multiple LUTs, grading and adjusting the look as you shoot is a distraction I don’t want.”

In editorial, sections of the film portraying the First World War trenches were given a desaturated and cool look to suit the lower-key mood of the narrative. Glasman deployed Resolve tools including primary and log grade, HSL keyer and roto shapes. 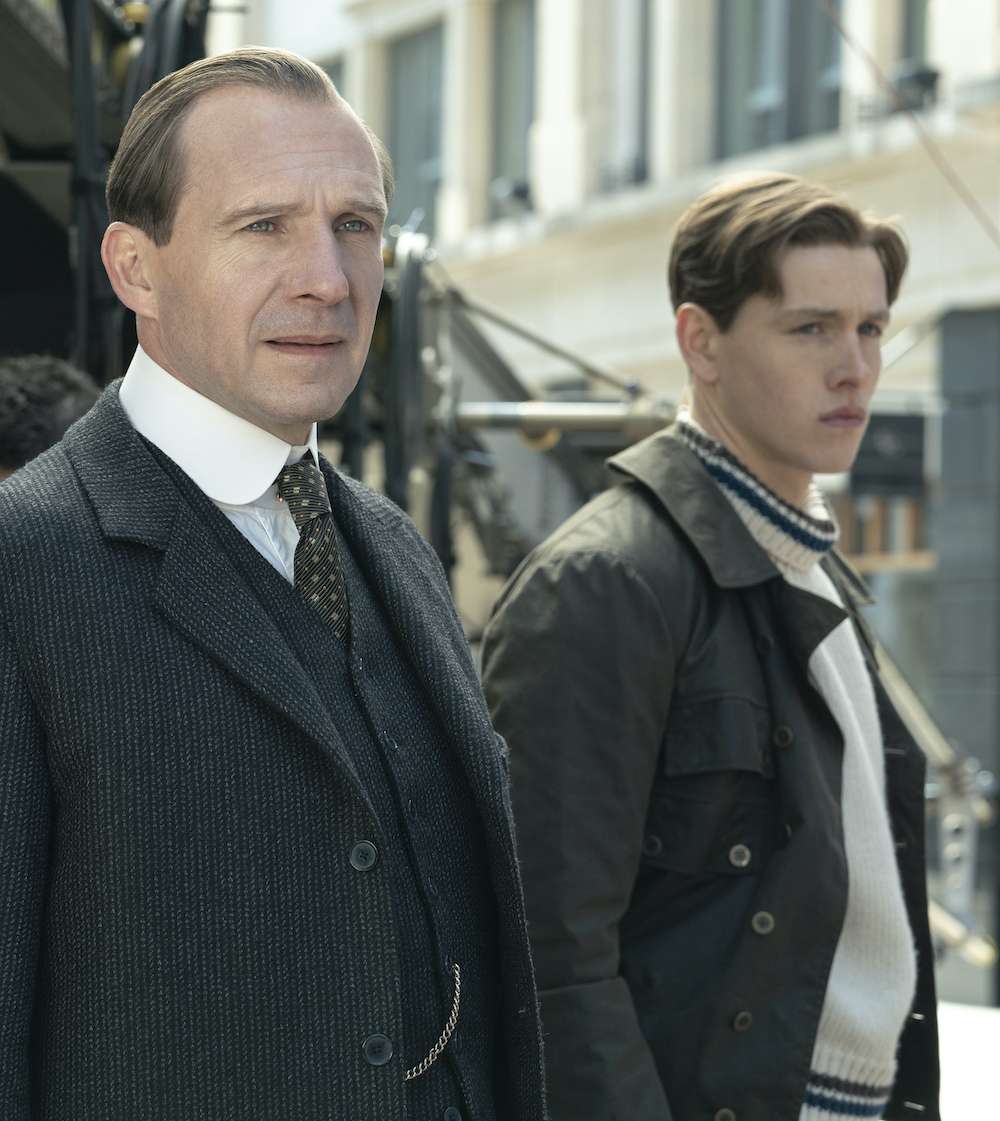 The opening ten minutes of the film take place in flash back on the South African veldt during the Boer war. “This section was given a dusty yellowish look to separate it from the rich green English countryside scene to which the sequence dissolves,” he explains.

For a major candle-lit sequence set at a banquet in the Russian royal palace and featuring Rasputin, Glasman refined the grade to enhance the scene’s opulence. “This was achieved by using curves (saturation vs luminance) plus the HSL keyer to select and increase saturation on the gilt and gold decoration.”

The final grade was completed during Covid-19 lockdown with Davis in a separate theatre to Glasman at Goldcrest. Vaughn was sent DCPs for review at his home in the latter stages.

“Ben gets the process and we’ve got a strong enough relationship to be confident that when he sets the looks those are going to be followed throughout the film,” Glasman says.