Mike Negri, producer of the Emmy Award-winning documentary The Alpinist and the SXSW Audience Award-winning documentary The Dawn Wall, has joined 11 Dollar Bill as senior producer. Negri, who brings extensive experience in film, television, advertising and branded content, will be based out of the company’s facility in Boulder and support projects originating there and at its Chicago and Raleigh locations. 11 Dollar Bill has also hired Brenna Cherry as an assistant editor and post production scheduler as it moves to keep pace with a surge in new projects.

Negri has been collaborating with 11 Dollar Bill as a freelancer for three months on projects for Colorado Lottery and JD Sports with Chicago rapper Lil Durk. “Mike brings incredibly diverse experience and has excelled in the work he’s done with us,” says 11 Dollar Bill managing partner Lisa Effress. “We are thrilled to bring him on full time. His creativity, energy and enthusiasm will be a great benefit to us and our clients.”

A graduate of Temple University, Negri got his start as an associate producer with Connecticut and New York ad agency Colangelo. He worked on projects for brands including Möet Hennessy, Guinness, Smirnoff Ice, Spinbrush, Dutch Masters, Wellness Pet Food and Vitafusion. In 2015, he joined Sender Films, Boulder, as a producer of documentaries, television, advertising and branded content with a focus on outdoor sports. He co-produced the feature-length documentary The Dawn Wall which had its world premiere at the SXSW Film Festival and won the Audience Choice Award.

Negri says he was drawn to 11 Dollar Bill by the strength of its team and scope of its work. He hopes to use his background in adventure filmmaking to help the studio expand its footprint among sports and outdoors brands. “11 Dollar Bill has amazing talent and attract a lot of diverse and exciting projects,” he observes. “I look forward to making some great work with this team.” 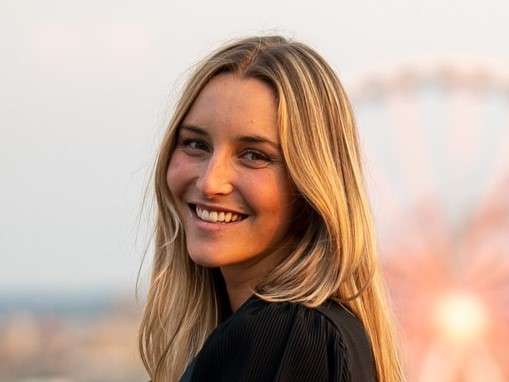 Cherry previously worked as a freelance videographer and editor under the name Brenna Cherry Films. She produced branded content and social media for medical accounts based in Colorado. In her new role, she will schedule post-production sessions and assist in editing and producing advertising and corporate media. “I love the culture here,” says Cherry. “Everyone is mutually supportive. I have great mentors and opportunities to grow. It’s amazing.”