Through a dark and quietly ethereal forest a mysterious figure enters modern Poland and settles in its capital city. People know very little of Zhenia – he comes from Pripyat, Ukraine, he lost his mother to Chernobyl radiation, he is one hell of a masseur – but he seems to know lots about them. About their hopes and dreams, frustrations and regrets that over the years have made them who they are now. The man travels repeatedly to an affluent gated community just outside of Warsaw to bring a touch of hope to its residents’ stagnant bodies and decaying minds, but in the process becomes a sort of spiritual leader to those who are in a desperate need of one.

Szumowska and Englert have been trusted collaborators for two decades, their films held in high estimation all over the art-house world, but Never Gonna Snow Again may be the duo’s most experimental offering. A bewitching mixture of quirky cerebral dramedy and social commentary that takes place in a mundane reality, animated by a dash of the metaphysical mirroring that of Tarkovsky or Kieślowski. Englert, who co-directed, co-wrote and co-produced the film, readily accepted the challenge.

“My involvement in our films has increased over the years but because Małgorzata and I know each other so well and think alike, I feel confident with what I’m doing,” explains the DP. “The great Sven Nykvist once said that he would wish every cinematographer to experience directing as this gives a better understanding of their own role and craft. He couldn’t be more right.”

As the film was shot on location in a real gated community outside of Warsaw, with its tedious layout of rows of optically inoffensive houses that look like clones of one another, Englert’s main challenge was to stay honest to the place’s unified character, whilst at the same time finding different layers of the personal. 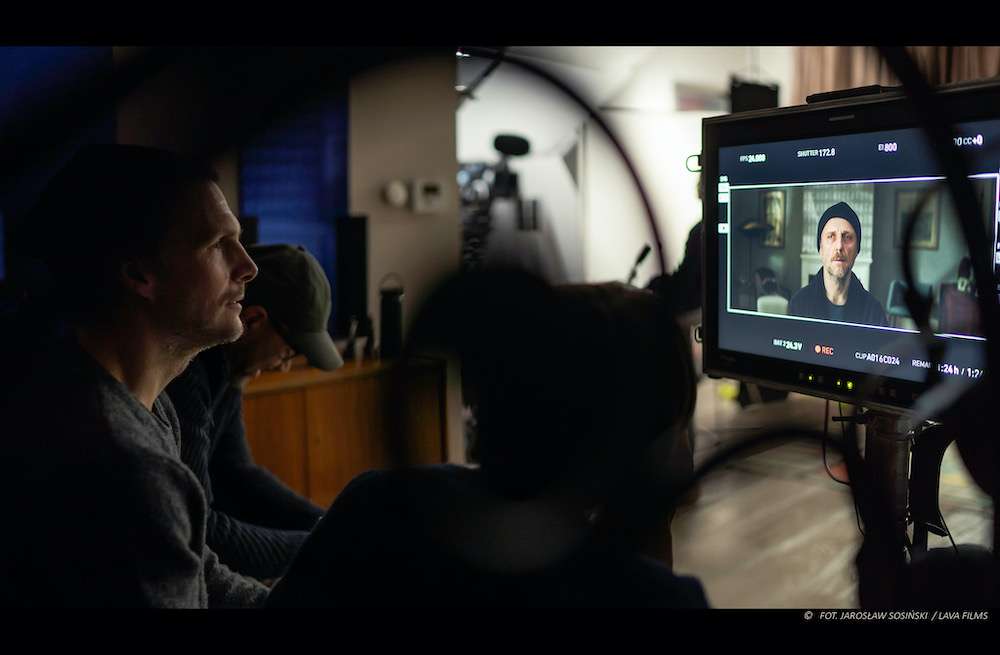 “The story is not particularly attractive visually. Zhenia walks from house-to-house and basically repeats the same process of preparing and carrying out massage sessions. Large chunks of scenes consist of dialogues and monologues as his clients are eager to confide in him,” states Englert. “The trick was to run a series of parallel narratives in the background, and to tell the characters’ stories through the way they organised their houses, families and lives.”

The camera may be fixed most of the time, but the images are satiated with details and evocative mise-en-scène, creating a sense of movement as well as psychological urgency.

“This was an interesting way to find expressiveness in the ostensible stillness of these wealthy middle-class people’s everydayness,” declares Englert. For this reason he chose to shoot the film on a large format camera and in higher resolution than usual. 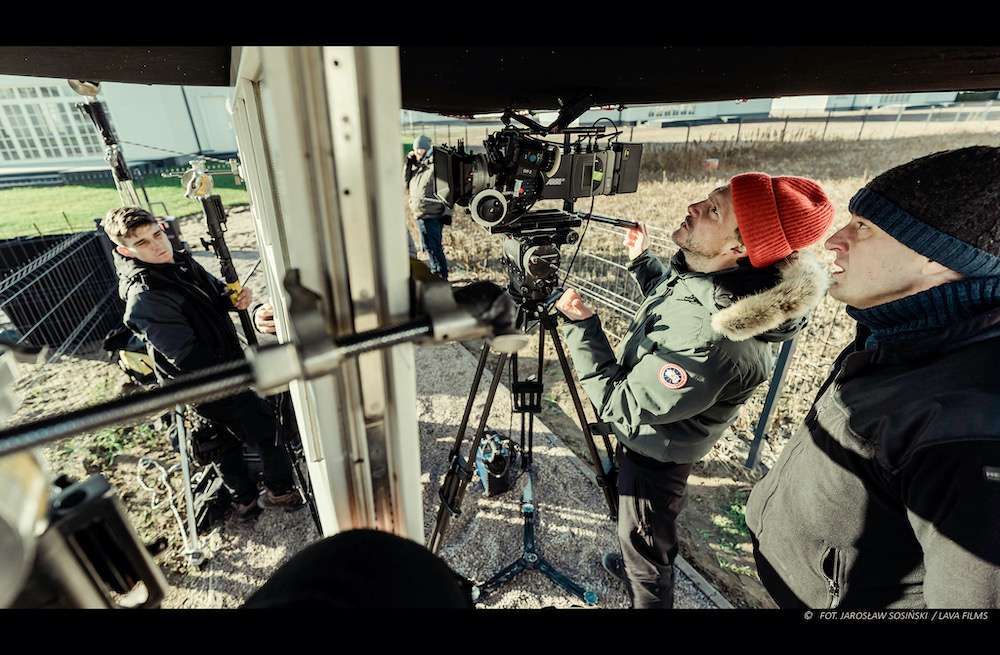 “I went with ARRI Alexa LF equipped with Alexa 65 DNA lenses to enhance the viewers’ visual field peripherally and to encourage them to look around, consider the decors and layouts. There’s more to these houses than meets the eye!”

The camera does move occasionally, emphasising Zhenia’s immunity to the calculable world his clients live in, but more important is the way the light moves.

“There’s a lot of sunlight, it’s as if it was following Zhenia. It changes in real-time within a fixed shot and influences not only the scenes’ emotional resonance, but also the staging and the rhythm of editing,” he says.

Englert wanted to have as much natural light as possible and used every opportunity to catch a glimpse of it, but had his hands mostly tied by a tight schedule. “We had 38 shooting days between December and February when days were short and the light sort of suppressed by the weather conditions. There were times I had to light night-for-day which is always a challenge.”

The cinematographer had an assortment of lighting equipment with him, from ARRI M series, including M90, M40, and M18, to SkyPanels and old Fresnel lamps. Though the result is largely concealed within the part in the gated community, Englert’s imagination runs free in the highly stylised segments in a therapeutical, painterly forest to which the characters are subconsciously transported by Zhenia’s massage and hypnosis sessions.

“For short periods of time they exist in a sort of dreamy limbo. I wanted to avoid visual clichés of such depictions and focus on making it meditative, otherworldly and poetic. Because the film is a Polish-German co-production we shot those in a forest in Germany which made it even more distinct from the rest of the material.”

The last element of the film’s visual narrative puzzles are Zhenia’s memories of his mother and childhood in Ukraine.

“I’m in awe of how human memory works,” remarks Englert. “People remember odd details from the past – the colour of curtains or the intensity of light entering a room. Zhenia reminisces about his mum with affection, and I wanted to give those bits a sensual quality through a slightly saturated palette and making the image less defined. Because this is the only time we get into his head, I used different lenses, Panavision G-series Anamorphics, to highlight the change of perception.”

The final DI grade on Never Gonna Snow Again was done by Michał Herman in Warsaw-based DI Factory with whom Englert has worked a number of times. 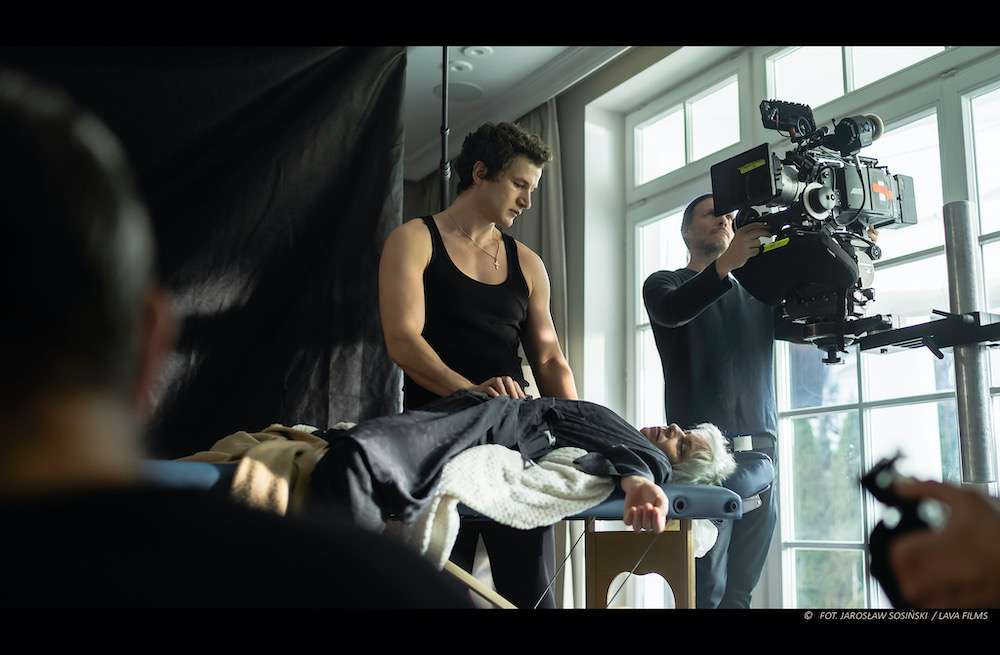 Never Gonna Snow Again premiered at the Venice Film Festival and was picked as Polish entry for the 93rd Academy Awards. It also earned positive reviews from Toronto, BFI London and EnergaCamerimage.

A film that is Polish at heart and universal in its themes, it defies expectations, surprises with bold narrative and visual choices, and keeps on giving to those who are open to something a bit different.

“I am very proud of the way the film turned out,” concludes Englert. “I feel I grew with it as a cinematographer, and I want to continue exploring different sides of this filmmaking adventure.”