German cinematographer Sebastian Wiegärtner BVK is a busy man, having shot a host of TV movies in the last few years, along with many commercials and corporate films, and running his own multimedia post facility, in Forchheim, near Nuremberg, North Bavaria.

He recently got his hands on Blackmagic Design’s URSA Mini Pro 12K Super 35 Digital Film Camera, and put it through its paces along the coast of Cornwall, UK. Here are his first impressions…

CW: What were your pre-conceptions when the URSA Mini Pro 12K was first launched?

Sebastian: When I first heard about the camera I thought 12K would be way too much data and resolution, but I was very interested in the general sensor design. Blackmagic Design (BMD) is using a complete new sensor design, which is not a Bayer Pattern system.

The camera sensor uses a custom filter array, that has an equal number of red, green and blue photosites, as well as the addition of clear, or ‘white’, photosites. This is like shooting a dark and a bright image at the same time, which means you create some kind of HDR image by combining two brightness values. The white photosites are combined with the colour pixels to get an extended dynamic range.

After shooting with the camera I can clearly say, that this camera has a huge dynamic range. My first thought was that 12K resolution meant more pixels are sharing a 35mm sensor. This normally means it is a downside for dynamic range and light sensitivity – all the things which are important for us. But, with the use of the unfiltered white photosites this downside is obsolete, and the camera shines in aspects of sensitivity and dynamic range. 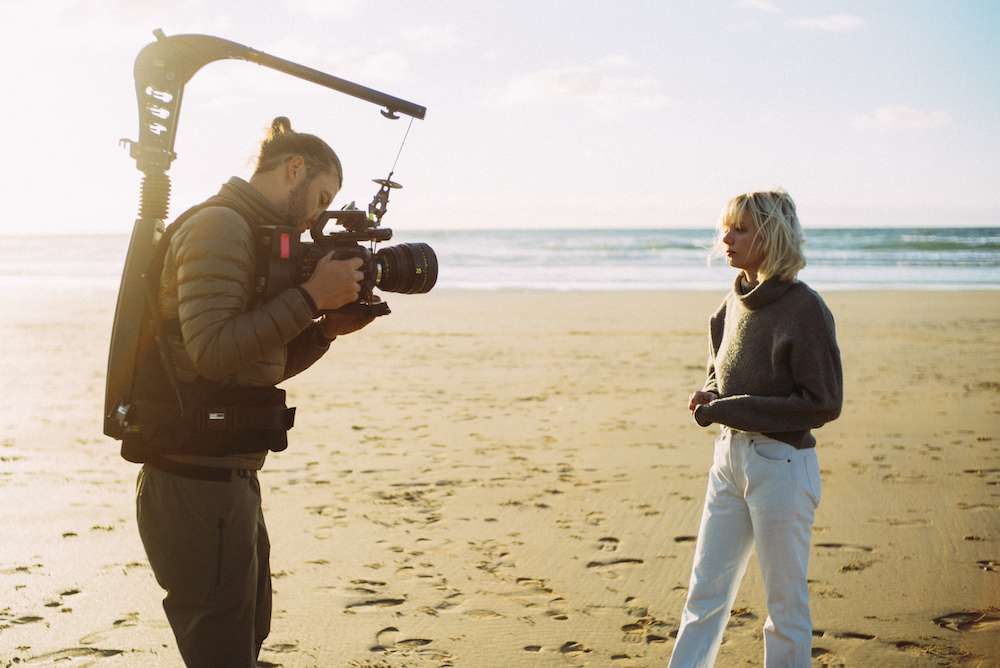 CW: What were your initial thoughts about the form factor and other physical attributes?

Sebastian: I know this camera from previous generations, and really like the form factor. It‘s a perfect tool for a solo-shooter and also very nice to handle on bigger sets. It is very ruggedly-built and all the inputs and outputs are in good positions.

CW: How did you rig the camera and which lenses did you pair it with?

Sebastian: I used several lenses on the camera – vintage Zeiss High Speed lenses, Zeiss Ultra Primes and Zeiss Master Primes. They all work on this camera, because it s a 35mm sensor design. The 24mm lens on an ARRI Alexa is a 24mm lens on the URSA Mini Pro 12K.

I prefer newer lens designs for this type of camera, but it always depends on the project you are working on. Normally I’m using diffusion filters on all digital cameras, because I want to get rid of the digital look. But in this case I just used the glass in front of the sensor, because I was curious about how the camera performs with different kind of lenses.

For 12K I would go for perfectly designed lenses, like the Zeiss Supreme Primes, Ultra Primes and Master Primes, because those lenses can display the huge amount of pixels and the benefits of 12K.

Regarding the rig, I’m a huge fan of keeping the kit small. Why build a lot of stuff around a DSLR camera, when the benefit of the DSLR camera is its size? So I just used an Easyrig for my shoot, a lens and that was it. 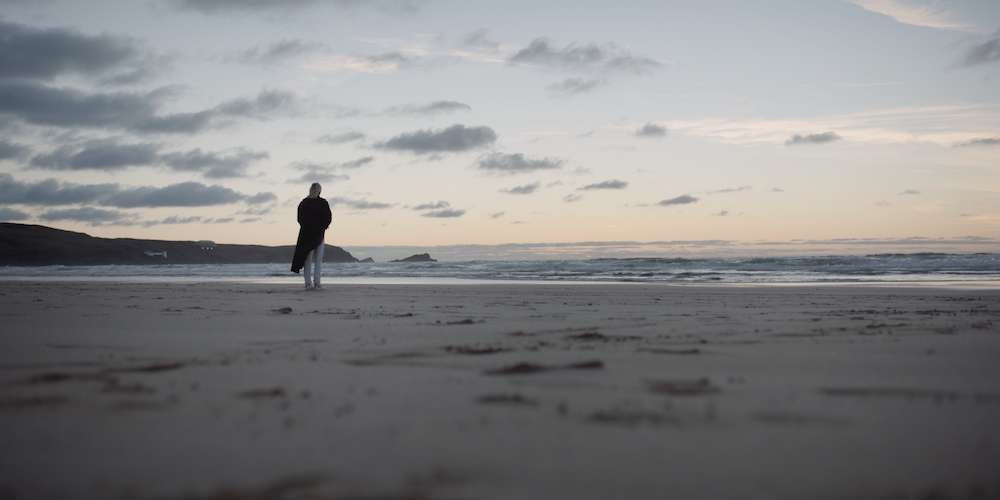 CW: Please explain a little about the initial test moods you set up, the location, and the main formats, resolutions and frame rates you tested?

Sebastian: I used this camera during a feature film production, when we had some spare time with our actress Berit Vander at the weekend. As we were shooting in one of the most beautiful locations in the United Kingdom, we used a beach in Newquay, Cornwall, for our location during sunset. We tried to get some daylight shots with harsh sunlight on the skin tones, as well as backlight and side light the situations.

The whole shoot was handheld, just with a Steadybag and an Easyrig. For the handheld shots we used 8K resolution at 50fps. We shot all the landscape shots at 12K. They really shine in 12K resolution. The result looks three-dimensional, a look I have not seen on a camera until now. We then used the camera during blue hour and in low-light. It was all possible and no problem at all for the camera.

CW: Were there any challenges with these initial shoots?

Sebastian: Not really, there was no huge challenges. I normally don’t use many buttons, and I only needed a few ones such as False Colour and Log.

CW: How did the camera perform during your tests?

Sebastian: The camera is quite easy-to-use. I did not have any issues with it. The only problem I had was an issue whilst shooting 60fps at 12K. I think the card was too slow. So I shot the handheld stuff in 8K at 60fps, which also saved some space on our cards!

CW: What were your first impressions of the images you were able to capture out-of-the-camera?

Sebastian: The footage is impressive, especially at 12K. There is a very three-dimensional feel to the image, landscapes are way more interesting and vivid, and the dynamic range is quite impressive. 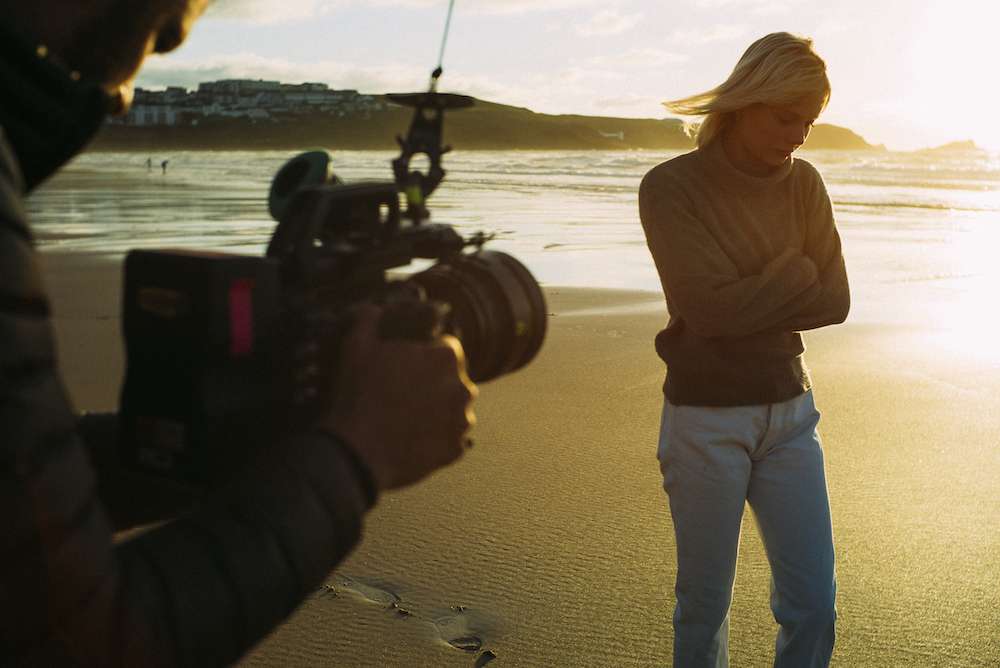 CW: What do you feel are the camera’s standout features?

Sebastian: The colour science, dynamic range and resolution – in that order.

CW: And, conversely, is there anything missing?

Sebastian: I would really like to have better colour science on the monitors. The hightlight roll-off isn‘t quite good enough. If BMD could improve this it would be a big step up. I would also like to see more ND options, from 0.3 to 2.1 in 0.3 steps.

CW: Please tell us briefly about the post process you took the images through?

Sebastian: That’s the most impressive part of the Blackmagic RAW workflow. I’m doing the edit and colour correction in DaVinci Resolve on my 2017 MacBook Pro on a 4K timeline. And, it works natively. This is the impossible made possible by Blackmagic Design. I am very impressed!

CW: What are your impressions about the final, graded footage?

Sebastian: The images out of this camera are outstanding and can easily cut together with images from far more expensive cameras!

CW: Does this camera lend itself to any specific types of shoots?

Sebastian: I really like this camera for establishers, landscapes and mood shots, where the camera really shines with its high-resolution and three-dimensional look-and-feel. Of course, this camera is also very good for all kinds of VFX shots, because you have such a high resolution and internal Blackmagic RAW. I did not have the time to use the camera on my latest production, but I’m trying to include it on coming ones, as I’m very impressed. I really want to shoot a short or something with it soon.