The sale of entry cards for the 30th edition of the EnergaCAMERIMAGE Film Festival has begun.

The special, jubilee edition of the EnergaCAMERIMAGE Film Festival, will be held on November 12-19 in Toruń, where you will find screenings of the best productions from around the world, meetings with filmmakers, seminars and workshops conducted by the best specialists in the film industry. Those interested in film equipment are encouraged to visit the EnergaCAMERIMAGE Market, during which international companies will show off their latest achievements.

Visitors can also meet the recipients of special awards. The Lifetime Achievement Award this year will go to Stephen H. Burum – the cinematographer of Mission: Impossible, Carlito’s Way and The War Of The Roses. German avant-garde director, icon of feminist cinema, Ulrike Ottinger, will receive an Award for Avant-Garde Achievements in Film. Vance Burberry, who shot music videos for e.g. Guns N ‘Roses, Cher, Pearl Jam, Backstreet Boys, Enrique Iglesias, Britney Spears, Ozzy Osbourne, and The Weeknd will receive the Award for Achievements in the Field of Music Videos. 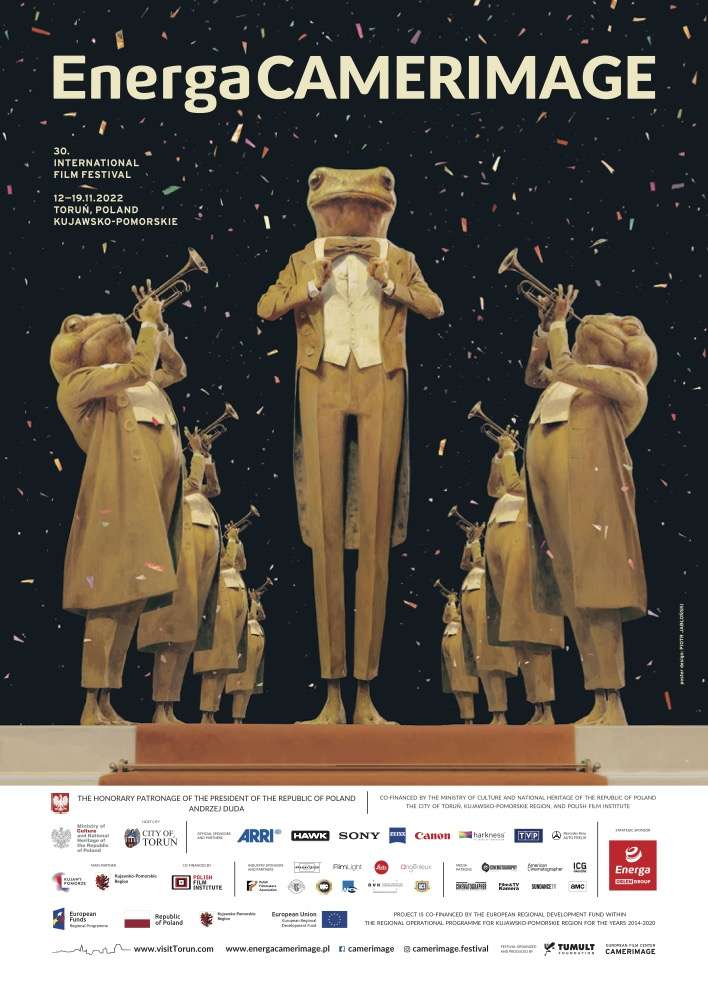 To buy an entry card, register or log in to portal.camerimage.pl and fill in the form in the BUY ENTRY CARD tab.

Tickets for single film screenings, seminars and workshops will be available for sale online during the Festival.

The line-ups of the first sections and the next names of this year’s winners will soon be announced, and in October the full program of the Festival will be released.