Unbox Therapy is a YouTube channel with over 17.5 million subscribers that showcases the coolest products on the planet. Hosted and created by Lewis Hilsenteger, the channel features unboxing videos about surprising gadgets and new technology. The channel now also features one of the most unique studio lighting designs found anywhere on YouTube. This unique approach was created by TADLEDesign using RoscoLED® tape.

The Unbox Therapy crew recently converted an 8,500 square-foot warehouse into a new studio where they could shoot their videos. The inspiration for the new studio design came from the temporary Batcave seen in Christopher Nolan’s film The Dark Knight.

Hilsenteger and Jack McCann, the channel’s videographer, wanted the ability to light anything – anywhere in the studio – without needing to set up additional lighting fixtures. The glowing Batcave ceiling in The Dark Knight appeared as if it could provide the solution they desired. Using their experience on previous studio lighting projects, the TADLEDesign team chose to create the illuminated ceiling with RoscoLED tape. 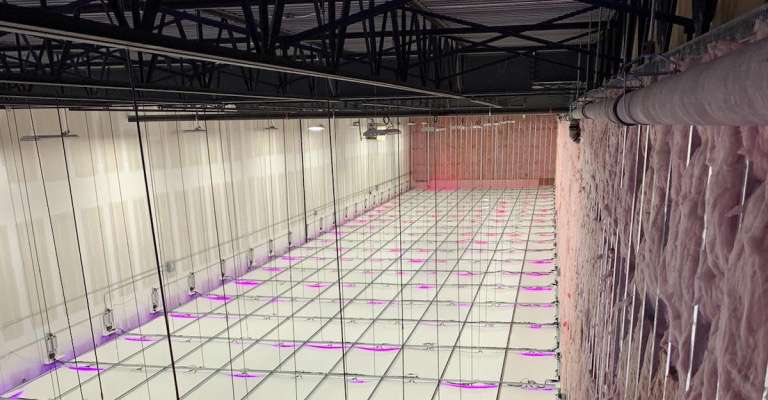 The warehouse’s original 32’ high ceiling was converted into a 10’2” illuminated drop ceiling.

It took 522 five-meter reels of Rosco’s VariColor RoscoLED Tape to create the overhead lighting for Unbox Therapy’s new studio. First, the RoscoLED tape was installed onto 261, 4’x8’ white Sintra® PVC boards. Then the RoscoLED Tape Sintra boards were suspended to create a drop ceiling 10’2” above the deck. Finally, diffusion panels were added to soften the light and provide even illumination throughout the studio.

Each of the 29 rows of nine Sintra panels is individually powered and controlled. Each row requires five, 600W RoscoLED Power Supplies and three, RoscoLED 12-Channel DMX Decoders. This setup enables the Unbox Therapy team to control each row independently to create different lighting looks in their studio. 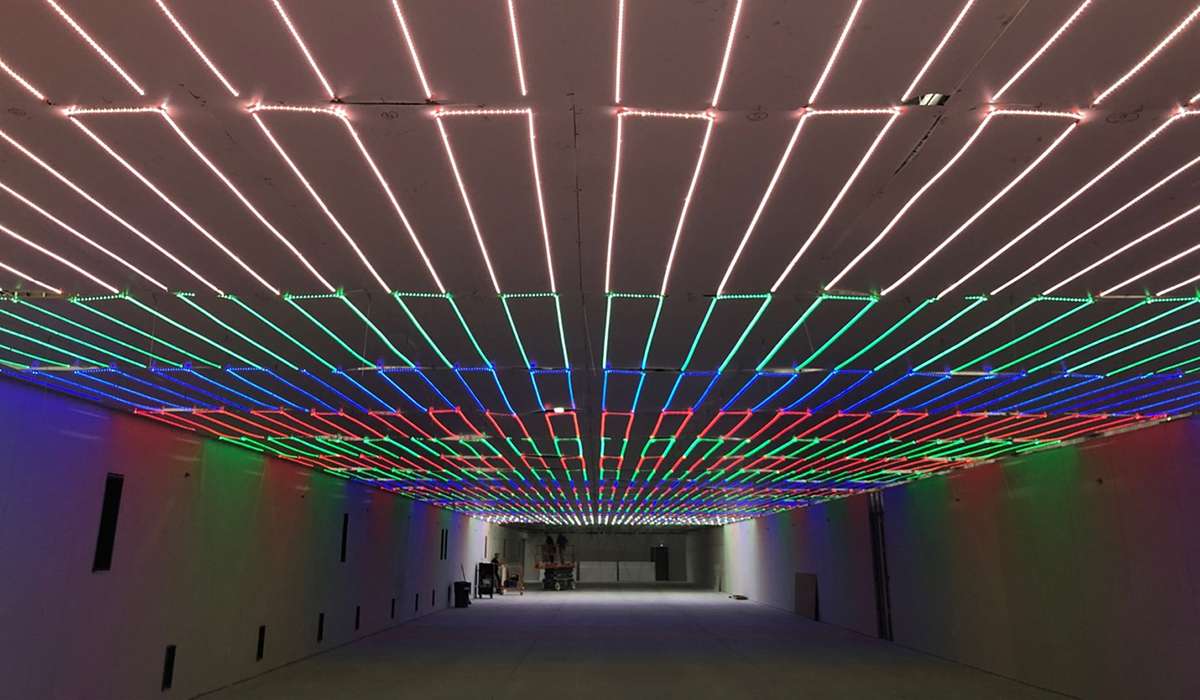 All 261 RoscoLED Tape Sintra boards – before the diffusion was installed.

One specific request from Unbox Therapy was to be able to highlight one area of the studio and surround it in darkness. Using the Luminair lighting control app, they are able to create that look, plus a variety of others. For example, because they’re using the RGB+CW RosoLED Varicolor, they can illuminate the studio any colour they want. Plus, because each row of panels is controlled individually, they can also create gradient colour effects from one end of the studio to the other.

Working in coordination with the general and electrical contractors, it took the TADLEDesign team four weeks to install the 1.6 miles of RoscoLED tape into the ceiling. Thus, the empty warehouse was successfully converted into Unbox Therapy’s “Batcave” studio. When they turned on the RoscoLED Tape, they discovered that the ceiling truly could be their sole light source.

“Jack desired a space where they could shoot without needing additional light fixtures,” said Adrian Goldberg, TADLEDesign’s principal designer. “We knew this illuminated ceiling solution would get them close but we figured they’d still need another light or two for some additional key or fill light. Once everything was installed, however, we were thrilled to see that they didn’t. The ceiling can light it all!” 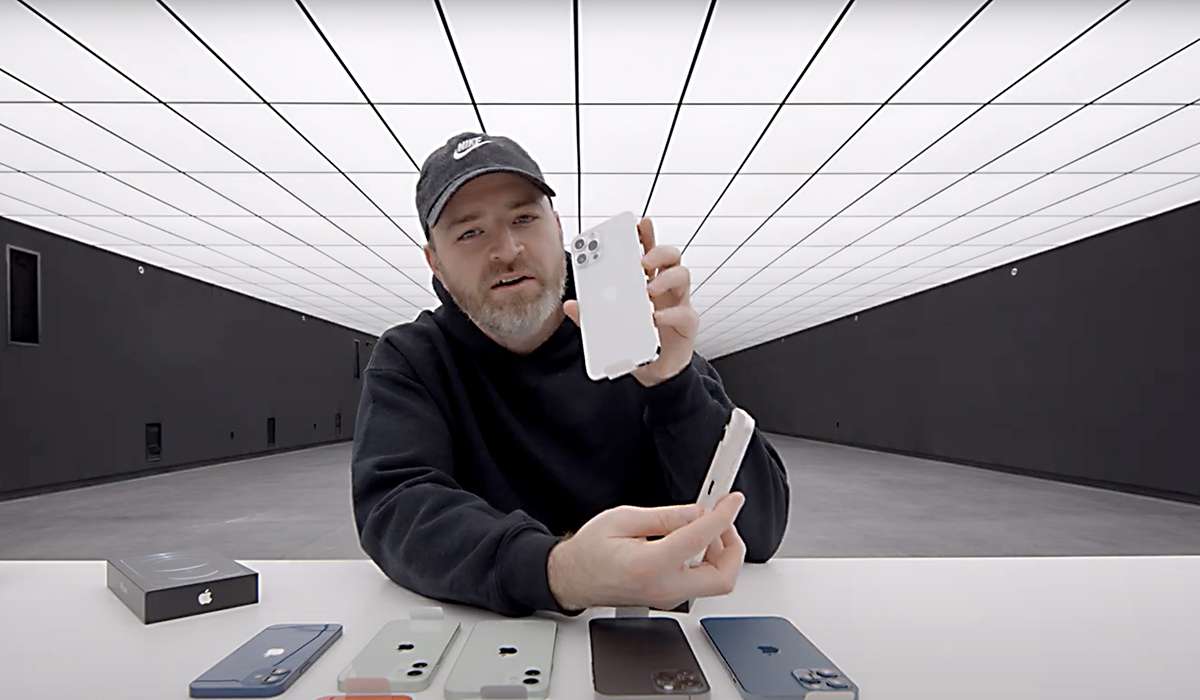 The only studio lighting is in the ceiling. Yet, everything is evenly lit, including Lewis’ face with a ballcap on.

Unbox Therapy now has a studio where the ceiling provides them with all of the illumination they could ever need. “There’s just so much light bouncing around the space that it creates even lighting for anything they could ever want to shoot,” concluded Goldberg.