“RSP contributed significantly to this project and the incredible result was due to the work of our very talented team of artists, production, technical specialists and support staff” said RSP president Jennie Zeiher. “It is a great privilege to have their creativity and efforts recognised by their peers in the Australian film community. We are grateful to Warner Bros., director Baz Luhrmann and VFX supervisor Tom Wood and VFX producer Fiona Crawford for entrusting RSP with their extraordinary vision, and the Academy and its members for this unique honour, and huge congratulations to Julian on his recognition of such an outstanding achievement!” 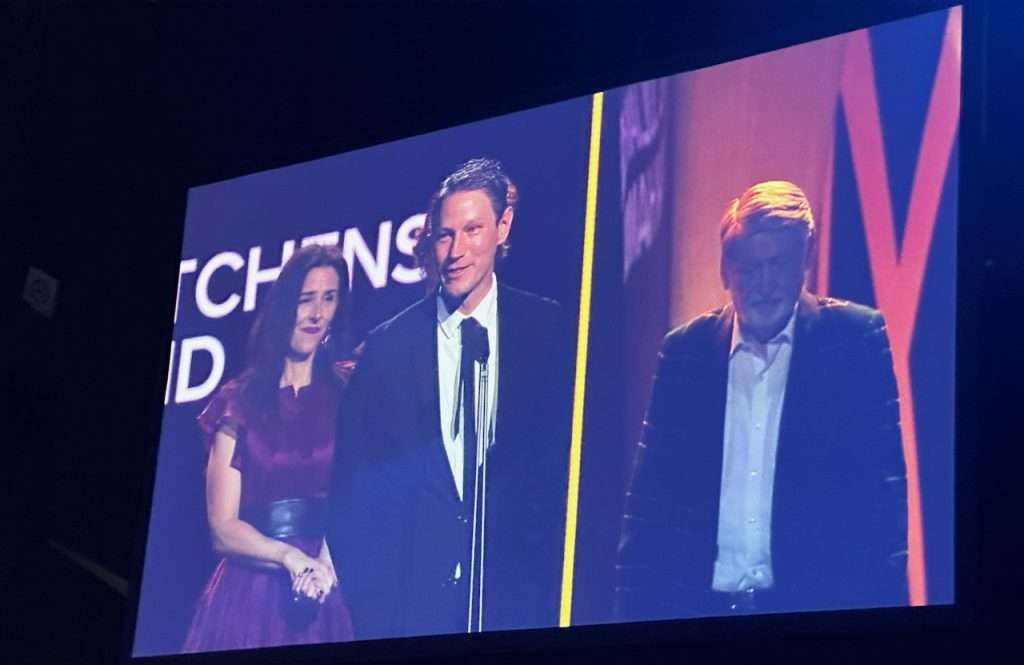 As a key visual effects provider and creative partner for Elvis¸ RSP produced more than 160 shots, including large-scale, historic reproductions of the Las Vegas Strip and the Daytona Beach Boardwalk. The studio also employed groundbreaking artificial intelligence technology to replace faces where required.

RSP’s principal task involved the building of a massive digital reproduction of the International Hotel, its surrounds and the Las Vegas Strip as it appeared in the late 60s. The extensive CG environment is featured during many pivotal scenes throughout the film and also witnessed through the windows of a penthouse apartment on the 30th floor of the International Hotel, where Elvis lived during his legendary residency there. Live action portions of the hotel interior were shot on sets at Village Roadshow Studios in Oxenford, Queensland.

The Las Vegas exterior was created with an eye toward photo-realism and historical accuracy. RSP modelled the geometry for the International Hotel by referencing the original blueprints used in its construction. Surrounding casinos, hotels, streets, neon signage and other features were based on voluminous photographic, archival footage and satellite imagery, including vintage postcards and travel brochures.

Artists were meticulous in matching the iconic neon lighting employed in Las Vegas at the time, including the giant “Elvis” sign that stood in the car park of the International Hotel. They went to great lengths to make the signs look neon which included the analogue flicker that they produce.

Some of the wide shots include more than 30,000 individual lights. Every city street was built individually with its own streetlights and computer-generated Cadillacs, Lincolns, Chevys and Buicks.

The Daytona Beach Ferris wheel sequence required a similar combination of artistic flair and pinpoint technical execution. The extended scene depicts a meeting between Presley and Colonel Parker in the mid-1950s where they discussed the singer’s future. As with the Las Vegas build, RSP produced a CG recreation of the boardwalk environment based on archival imagery and in this case also enriched by the lavish details referenced from the live action set. However, the creative challenge was less dependent on historic accuracy and detail and more focused on composing coherent backgrounds to support a continuous journey around the wheel.

Hutchens called it a magnificent project for him and the whole RSP team. “Baz Luhrmann always brings a very lavish visual palette to the screen,” he says. “He has a unique storytelling style and it was a fantastic opportunity to contribute to his vision. The moment I read the script, I knew how wonderful this film was going to be…the camerawork, editing, costumes, art direction, music and visual effects, blending together in a rich tapestry to tell the story of Elvis.”

Rising Sun Pictures was also nominated for an AACTA Award for RSP’s work on Thor: Love And Thunder, from Marvel and directed by Taika Waititi. The team, led by VFX supervisor Dan Bethell and VFX producer Ian Cope, produced more than 300 visual effects shots for the film, including its sensational opening and closing scenes.