RED Digital Cinema is committed to helping shooters develop hands-on, industry-specific skills through the REDucation program. During this unique time the REDucation team has been working to create an immersive course in a virtual setting. They have built a program with a mix of synchronous and asynchronous learning that covers all curriculum from an in-person course while adding resources that will build community and connections such as online knowledge base and access to industry leaders.

The four day REDucation training will be followed by a shoot spent with DP Hans Charles as he guides students through lighting setups, sensor and lens choices live from a set at RED Studios Hollywood. We will acquire footage on multiple sensors while the participants watch through the live KOMODO feed and will then move to a DI Suite for grading. 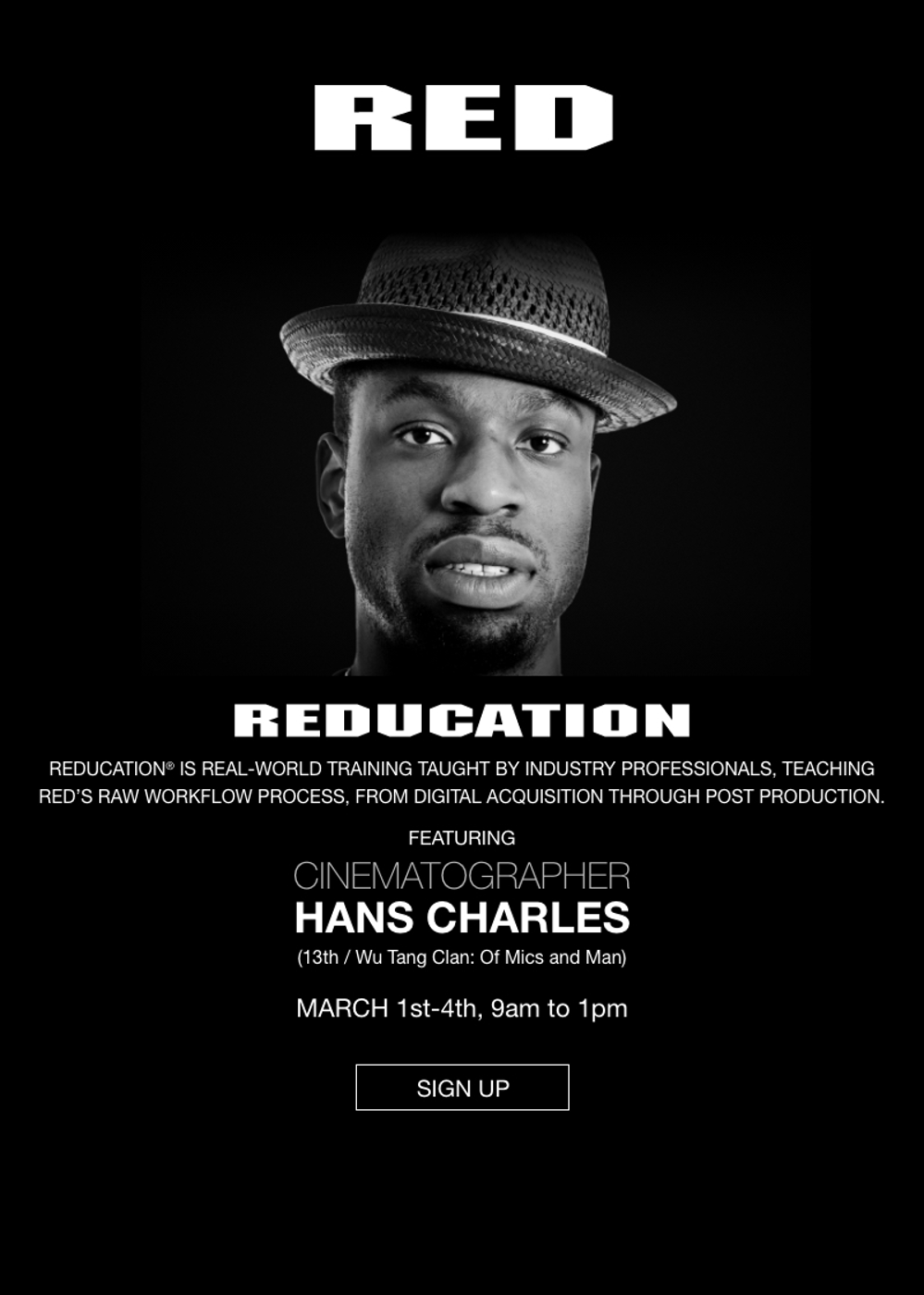 Hans Charles is an Emmy-nominated cinematographer and producer. He has shot for such prolific directors such as Spike Lee, Ava DuVernay, Nefertite Nguvu and countless others. His films have won a BAFTA, a Peabody Award, several Emmy Awards, as well as an Academy Award nomination.

This workshop is open to anyone who owns or can acquire a RED. If you are unable to acquire one, you will be able to rent one from RED Digital Cinema based on availability.

This limited seating REDucation session is designed to mimic much of the same experience and interaction had during the in-person REDucation programing, but in a virtual space. Attendees will be able to submit their questions throughout the seminar, and a moderator will call on attendees to ask their question live on the air. As REDucation has always been about community as much as education, we recommend everyone in attendance come camera ready for introductions at the start of the class.