Directed by Hong Kong-based Derek Tsang, the suspenseful Chinese feature Better Days, follows a high school girl, Chen Nian, struggling with severe bullying and the pressure of college entrance exams. Her life becomes intertwined with Xiao Bei, a mysterious teenage outcast and petty criminal, and a tender love story begins as he seeks to protect her from psychological and physical abuse.

Due to the immense popularity of its leads, Zhou Dongyu and Jackson Yee, the hard-hitting melodrama became a pop culture sensation in China, as well as a box office hit, grossing over US $230million. The film was Hong Kong’s official entry for Best International Feature Film at the 93rd Academy Awards in 2021, with Taiwanese cinematographer Fisher Jing-Pin Yu praised for the simple, unassuming and realistic nature of her photography. Fisher includes DP Hoyte van Hoytema FSF NSC ASC amongst her cinematographic inspirations, and counts Ming Ming (2006, dir. Susie Au) and Candy Rain (2008, dir. Chen Hung Yi) amongst her many credits. 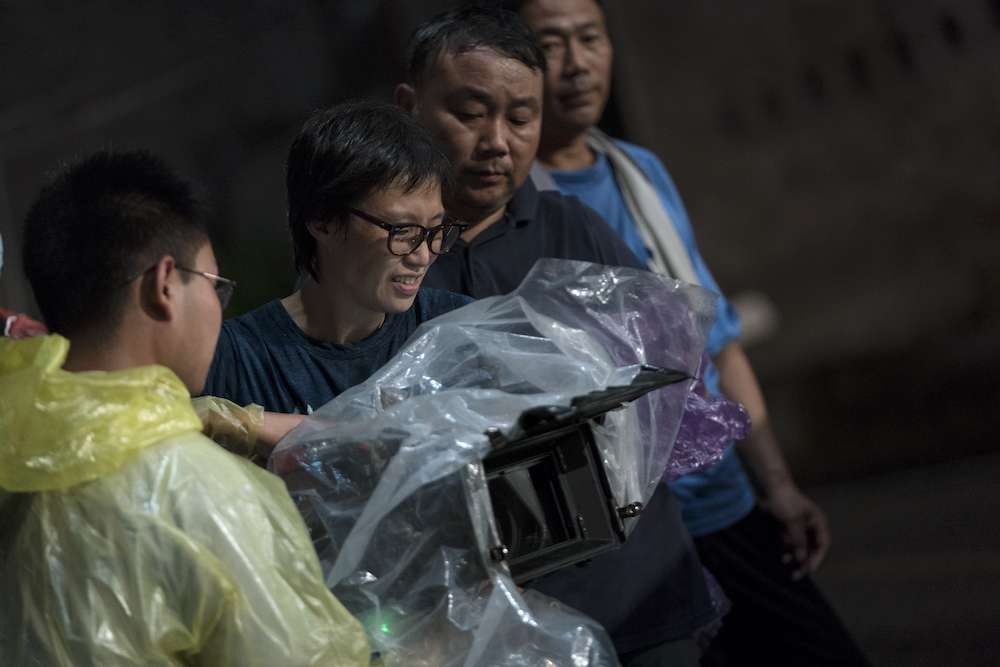 Better Days was shot on location over the course of two months, from July to September 2018, in the sprawling municipality of Chongqing in southwestern China, where the Yangtze and Jialing rivers converge, and where many air raid shelters and artillery batteries remain from Sino-Japanese conflicts.

Please tell us a little about yourself?

I live in Taipei, Taiwan. I didn’t study or train cinematography through any institution or academy, but I loved cinema as a student. I began my career with stills photography, and was intrigued by the dark room – it is where you can make something with nothing, from a sheet of white paper, and create images that float in front of your eyes. 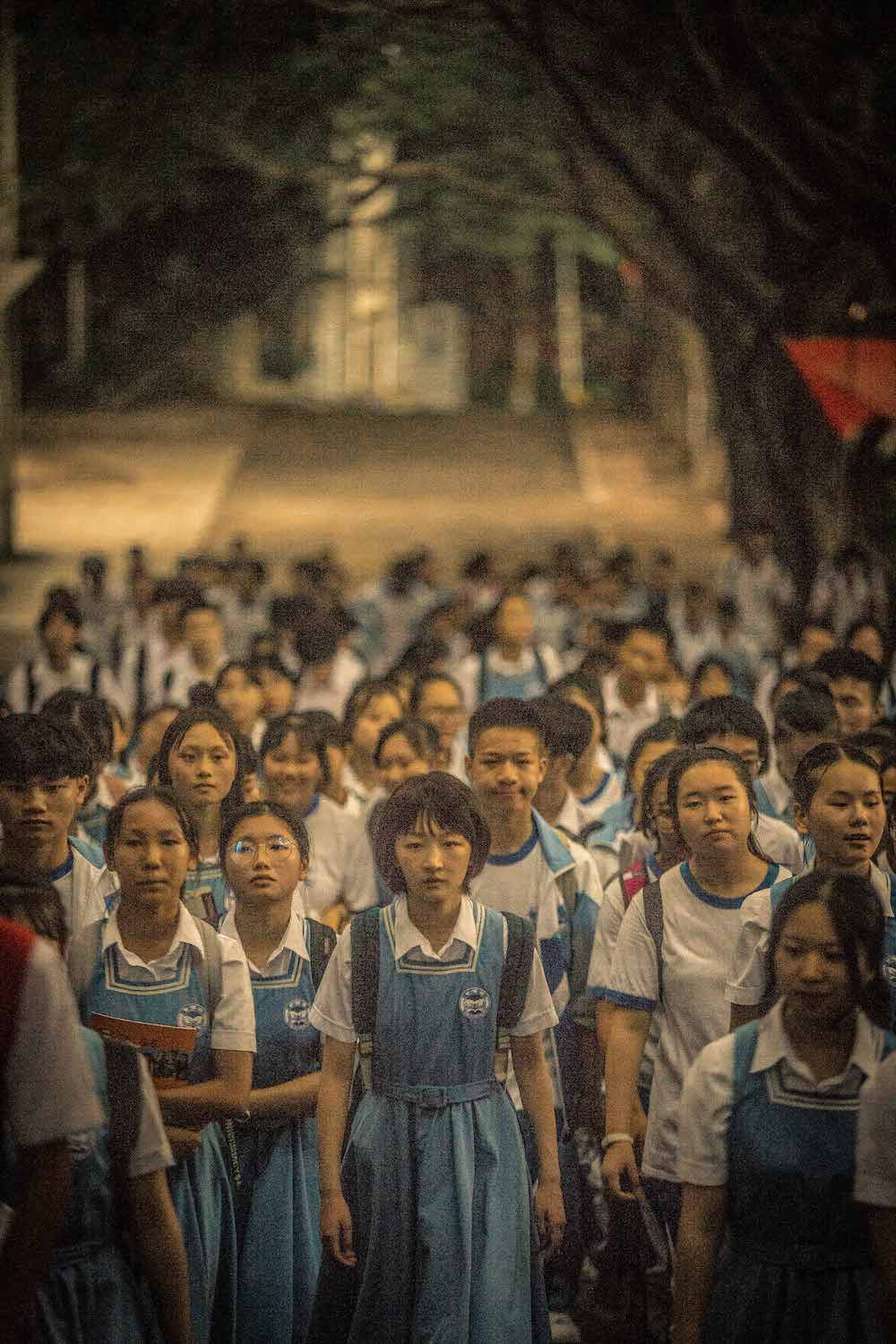 How did you get involved with Derek?

We first met for his film Soulmate (2016). I always follow gut feelings or intuition, and at our initial meeting I brought along a visual reference that the first reading of the script brought to my mind – a book called Journeys by Japanese photographer Yoshihiko Ueda. Derek trusted me and my aesthetic choices for that film, and we have since worked together on other features and several commercials.

“If the camera is a paintbrush, I want to be the one holding it, with soul”

Derek and I have a mutual understanding and trust on aesthetics. When it comes to the technical part, he is entirely hands-off and gives me complete freedom. He will say how many shots are in a scene, and then entrusts to me entirely about the choice of lens, framing and lighting.

What was your first reaction to the script for Better Days?

I was very excited about how it looked at humanity and its undulations, the education system in China, bullying a school, teenage conflicts and how the authority of the police is torn between reason and law. I felt the script contained many layers about modern society in China that we witness, but which are not spoken about, especially through the medium of cinema.

What were your initial conversations with Derek about the look of this film?

From the beginning – from understanding the script, observing the rehearsals and identifying the pulse of the film – we both agreed it would be shot handheld. Derek showed me Andrea Arnold’s film, American Honey (2016, DP Robbie Ryan BSC ISC), and wanted Better Days to be shot in that sort of documentary style, with a light, agile, fluid and realistic manner to depict the intimacy between the characters. 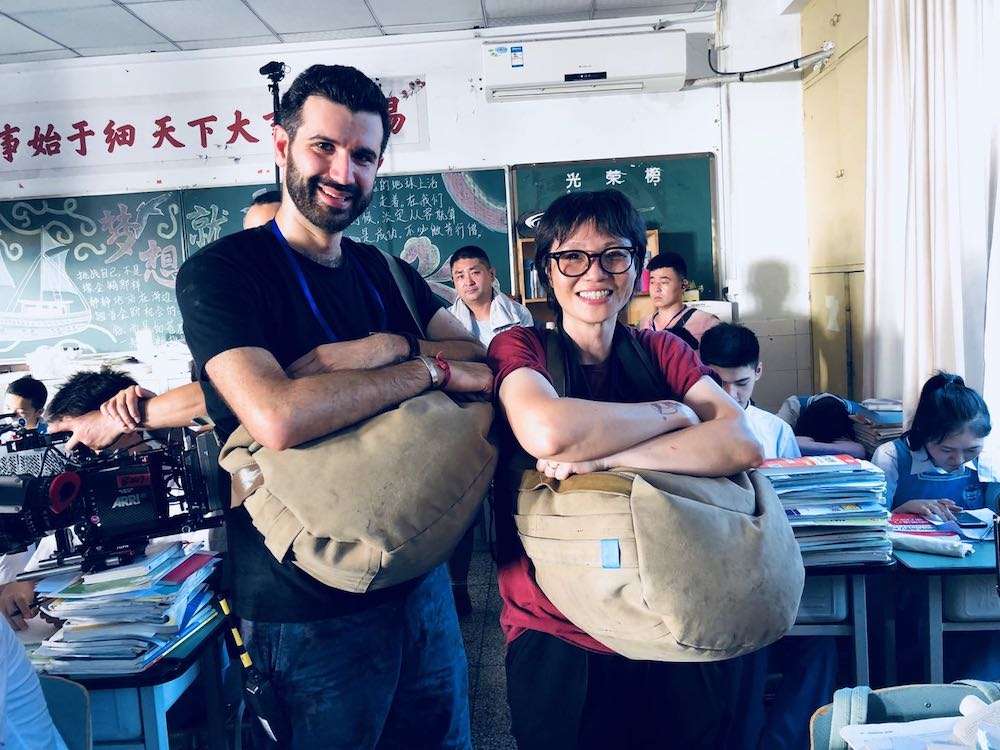 A lighting reference I shared with Derek was the work of the Dutch artist Viviane Sassen. We also referred to many films from Japan, Korea, Hong Kong and Taiwan. Each region its own cinematographic style, and we wanted to find a visual style of its very own for Better Days. We constantly questioned ourselves and did all sorts of tests, trying to achieve different depths to the image and a cinematographic language dedicated to Asian skin and its contours.

Please give details about your selection cameras and lenses?

As this was to be handheld, we shot with ARRI Alexa Minis, framing in 1.85:1 aspect ratio. Prior to filming we did camera tests with Cooke S5, Zeiss Super Speed Prime (MK2) and Vantage One Lens T1 Prime spherical lenses, to see how they could support the handheld rhythm of shooting our young characters. I went with the Vantage One lenses as I felt I could use the shallow depth-of-field you get by shooting wide-open at T1, to reveal the uncertainties and perplexities our characters’ faces, as if there is no future nor past. I used a LensBaby for one scene in which our lead actress is badly bullied and has her hair cut off. 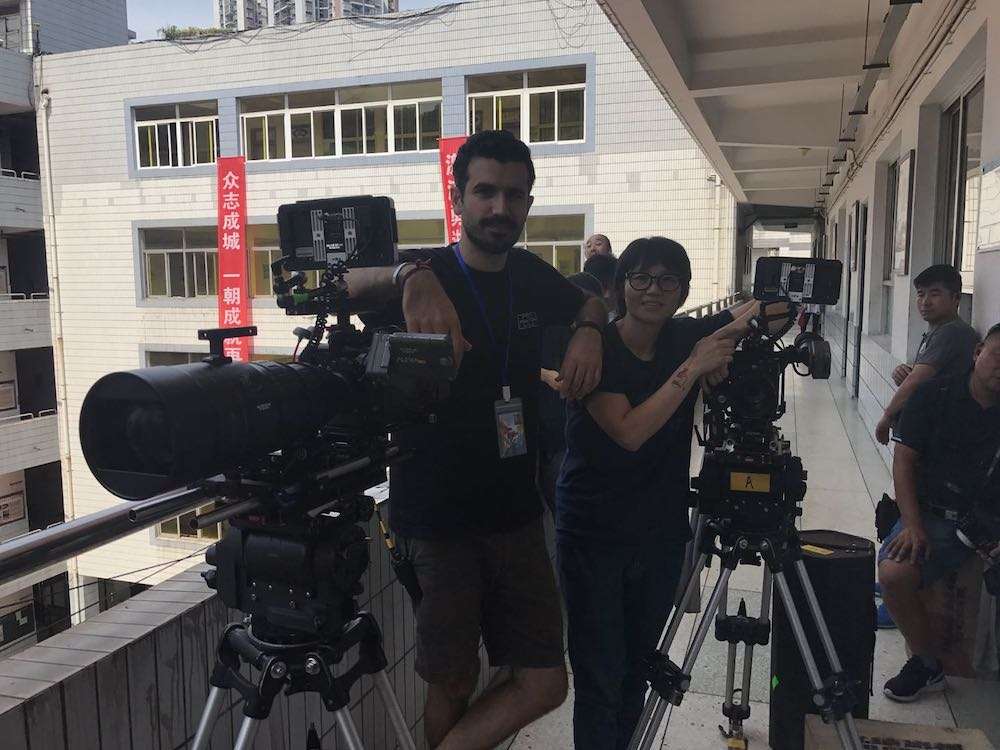 Of course, our focus puller had difficulties following the action, because not only were we shooting handheld, but we also didn’t mark or do blocking with our actors either, because I didn’t want to restrict their movement.

The cameras were generally rated at 800ISO, and sometimes up to 2500 ISO depending on the lighting of the scene, such as a dark interiors or night sequences. I used Tiffen Black Pro-Mist filters throughout production, as my intention was to reduce highlights, lower the overall contrast and add a softer feel to the image. The cameras, lenses and lighting equipment were supplied by U-Gear in Shanghai.

Did you operate the camera?

Yes, I always do. If the camera is a paintbrush, I want to be the one holding it, with soul.

What was your thinking behind the film’s colour palette?

I didn’t get OCD or fixated with the colour palette, and didn’t document it exactly. Even if I had recorded the colour palettes before filming, they would have constantly changed due to the lighting of the city and the characters’ emotions. Generally, I would know in advance there was an overall colour we wanted for particular sequences. For example, for night scenes my instincts told me that red was good, because it’s dangerous and it suited the mood better. 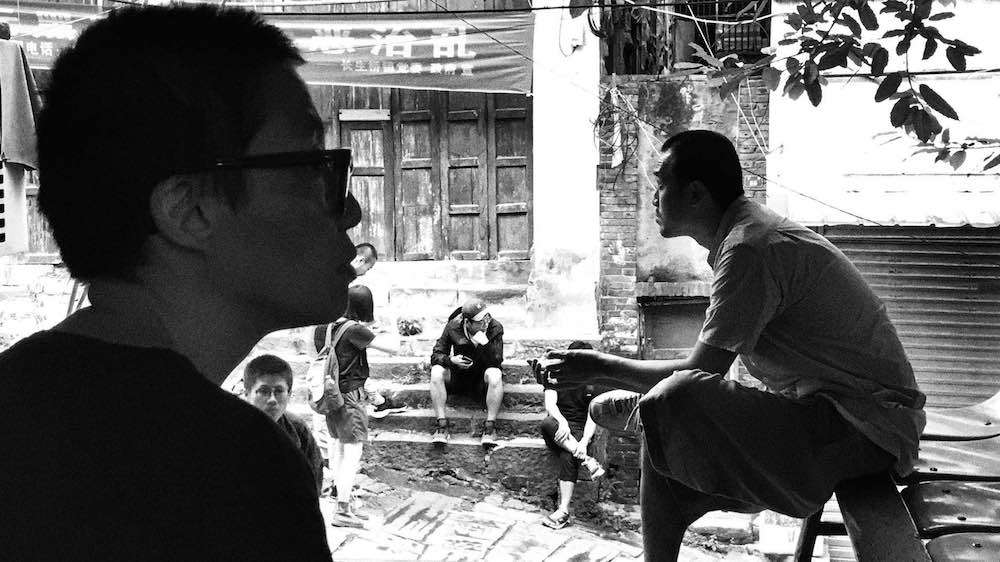 Initially, we devised our own LUT with a colourist, but didn’t use it on-set because it was not well-tested due to the timeframe. Also, it was not stable from one lighting situation to the next.

Instead I used LUTs from ARRI’s Look Library, which has a massive variety of colours. At that time, we were the first to use LUTs on-set whilst shooting because it was widely not practiced in China, Taiwan or Hong Kong.

For the school scenes we didn’t want the palette to be ‘bubble gum’ and look like TV shows, such as Asian Idol, which mostly use white, over-exposed, clean colours. So I chose a blue/greenish LUT to add more realism. In those scenes we also adhered subtle yellow gels to the windows to really break away from that commonly-recognised bubble gum look. We did the final grade with David Rivero Martin at Feelfine in Beijing. 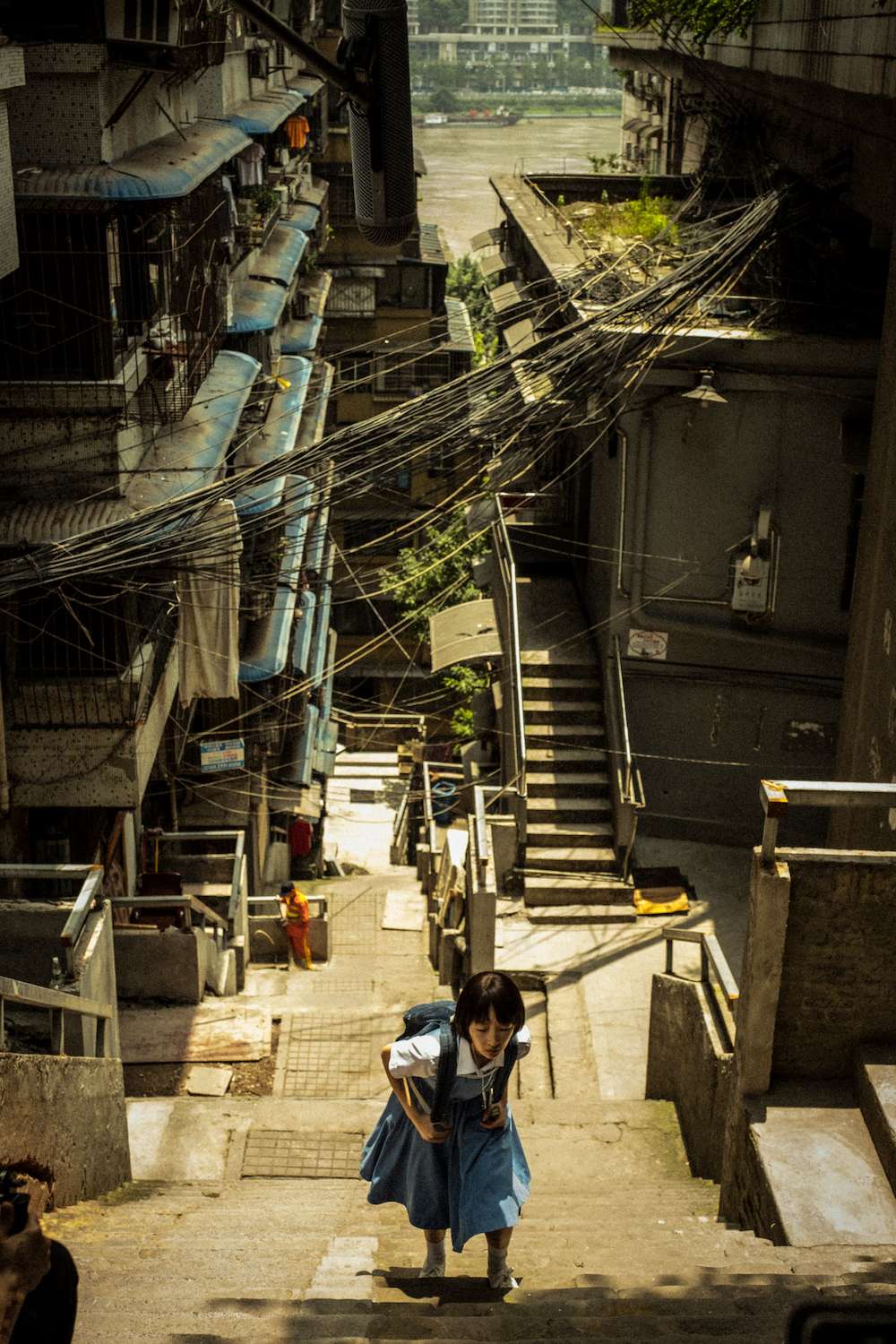 Were there any challenges for you with the locations?

Although Chongqing is a very big, metropolitan city, we tried to achieve the feeling that the story is set in a much smaller place, to help portray the intimacy of the story and make the audience aware that this subject matter could happen anywhere in China.

Chongqing has no straight roads, it’s like a maze, with many flyovers that look like neural connections, and this helped with the complexity of the story. Plus the city is built on mountains. You can stand on the fifth floor of one building, and look across to the 15th floor of next building, which visually is quite surreal.

How much was shot in natural light?

About 80% with lighting, and 20% natural lighting. Even in natural light, we would still use some lighting support, especially for long scenes for the lighting to be more stable. We used HMIs for daylight, plus HMIs with an additional flood light, which I especially like because it’s softer, with less sharp edges, and can reflect the character’s inner world better. We used ARRI Sky Panels for most of the indoor scenes. 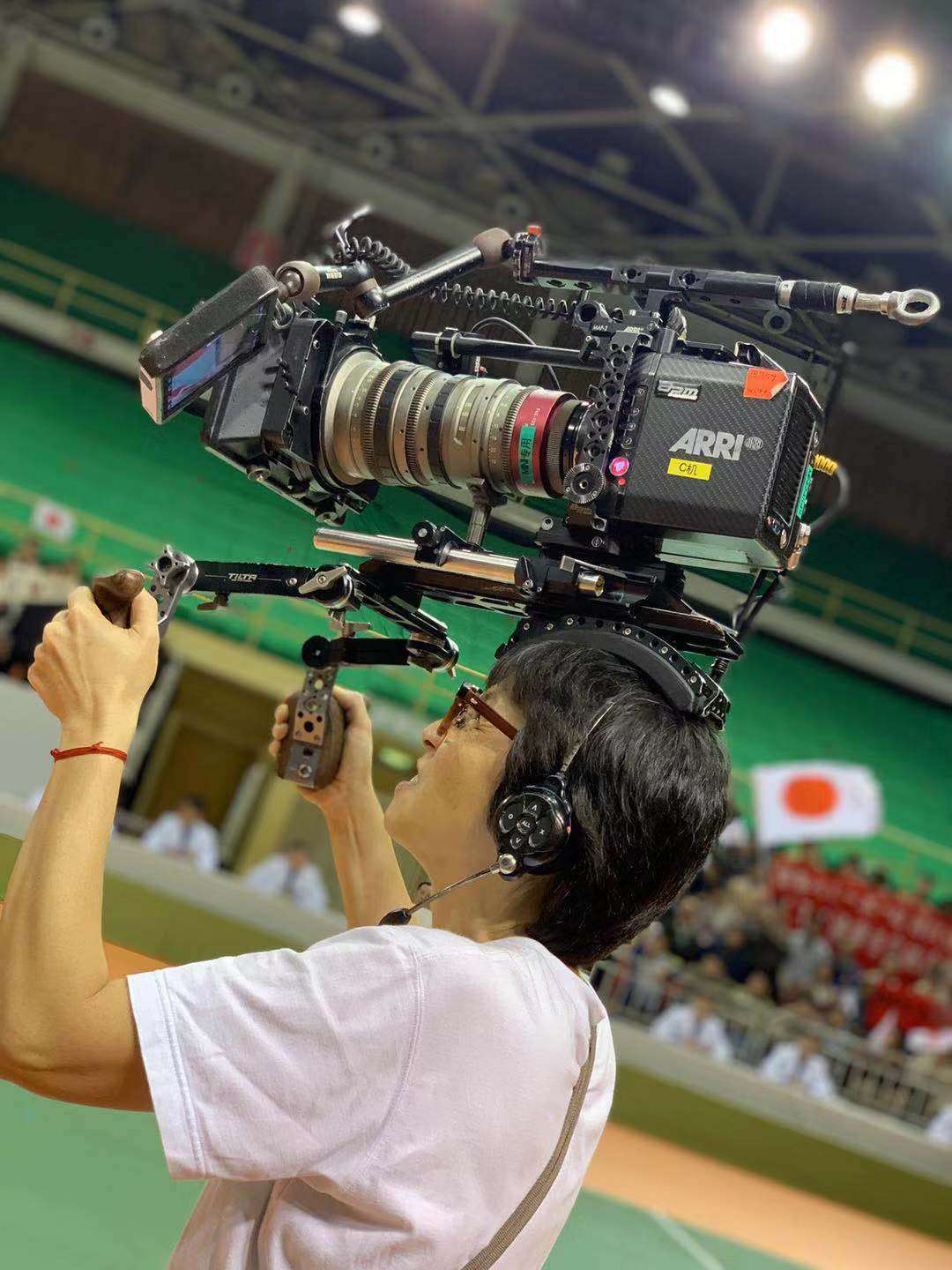 Please tell us about your crew?

We typically worked seven-day-weeks, followed by a rest day, before recommencing production. The camera operators on the second unit were Tseng Wei Yu and Saba Mazloum, with Yang De Jun the first AC. My gaffer was Wang Wen Bing. Overall they were very reliable and, since most of the film was handheld, they were my second pairs of eyes making sure I didn’t fall or get obstructed.

What was the biggest challenge on this production?

The scene where the main actress endures dramatic bullying, as the others cut her hair, hit her and shoot it all on their mobiles. There were two points-of-view that were intercut – one side the bullies, the other the victim. I had to feel both sides of their emotions. We didn’t rehearse for this scene, and we only had one opportunity because Zhou had her haircut for real. I was the camera operator and did the focus on my own to capture that scene.

Did you learn anything new about yourself, and skills on this production?

We spent a lot of time discussing the script with three screenwriters, our director and producer. We even shared our own personal experiences about bullying others and being bullied. I don’t normally, attend all of the script discussions prior to shoot, because I think it’s important to keep a distance and remain objective. So, taking part on all the script discussions so tightly with the creators of this film was an interesting one for me. 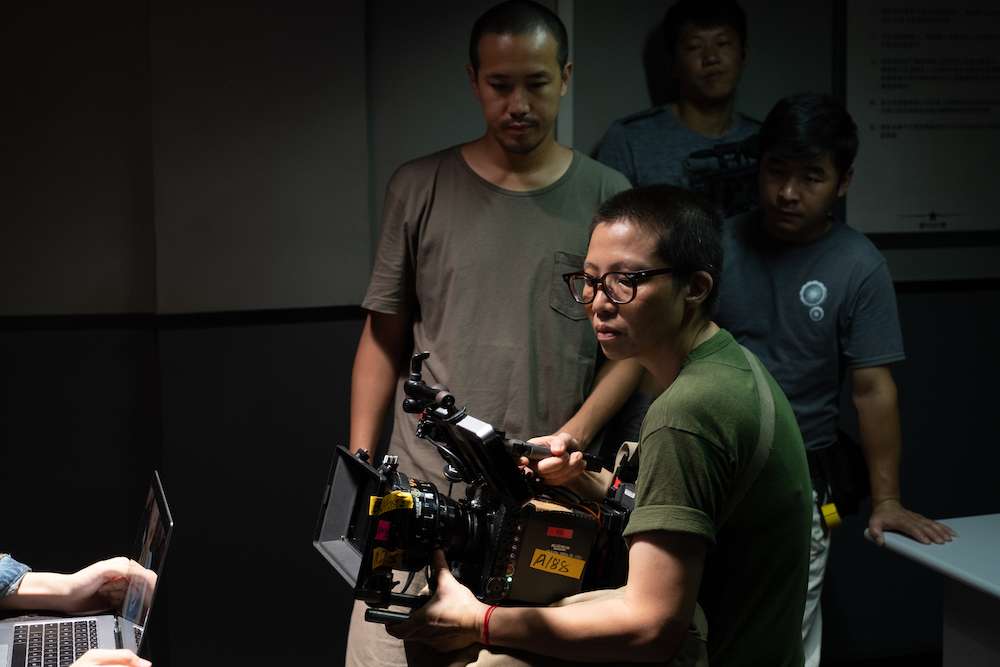 What was best advice you have ever been given?

Don’t fear failure. Be aware, be attentive and observe. Really look around – all you need is curiosity.

What are you thoughts about the opportunities for women to become cinematographers?

It’s getting better, more and more woman are now in the technical departments in the film industry, but I have never thought of myself being limited because of my gender.

Thanks to Karena Lam for translation assistance.