Mexican-born Paula Huidobro AMC may work in a world where a woman DP is still considered a rara avis, but she’s never let that slow her down. After attending London International Film School, she continued her film education in LA at the American Film Institute, where she also was a camera intern to cinematographer Emmanuel Lubezki AMC ASC on Lemony Snicket’s A Series of Unfortunate Events (2004). Whilst at AFI she met budding director Sian Heder, with whom she’s collaborated on several projects, including Tallulah, which was a 2016 Sundance Jury Grand Prize nominee. 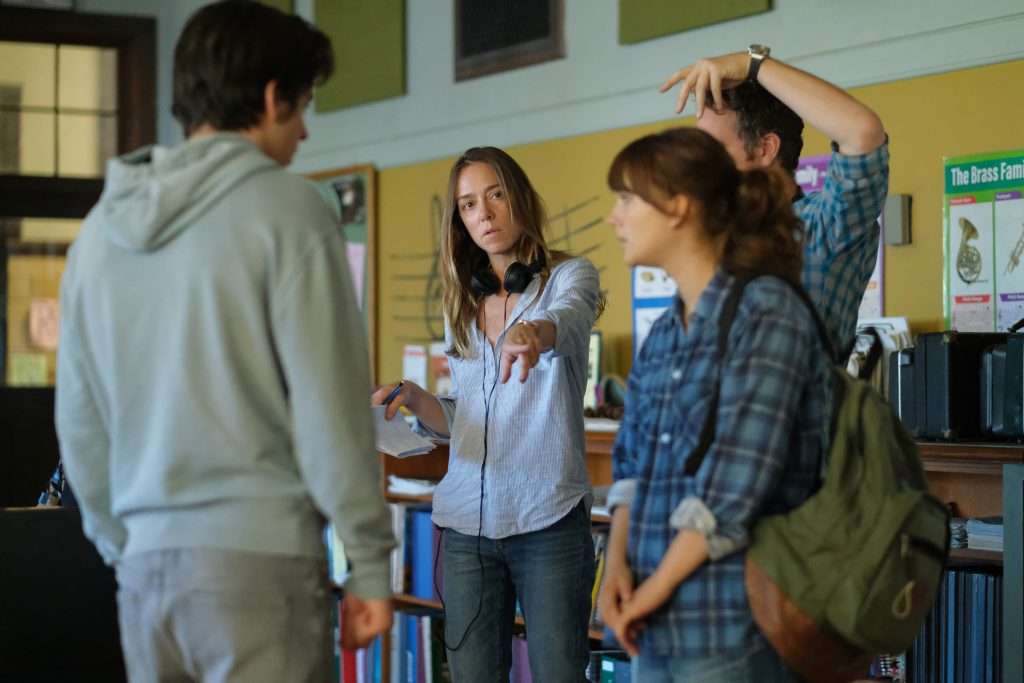 Their latest film together is CODA (which stands for Children Of Deaf Adults). The film was a big hit at Sundance 2021, where it scored a record $25 million acquisition deal from Apple TV+, as well as the grand jury prize, the audience award, the directing prize for Heder, and a special jury prize for the ensemble cast. The crowd-pleasing family drama, also written and adapted from the 2014 French film La Famille Bélier (dir. Éric Lartigau, DP Romain Winding) by Heder, tells the story of Ruby (Emilia Jones), a teenager who lives in Gloucester, Massachusetts, with her family who run a fishing business – parents Jackie (Marlee Matlin) and Frank (Troy Kotsur), and brother Leo (Daniel Durant). The first big twist is that her parents and brother are all deaf – Ruby, who is 17 years old, is the only hearing member of the family. The second is that Ruby isn’t much interested in fishing. Her passion is singing, and that passion is ignited with the encouragement of a high-school teacher (Eugenio Derbez) who helps guide her innate talent and shape her dreams – to the point that she has to decide between helping her family and pursuing her goal. 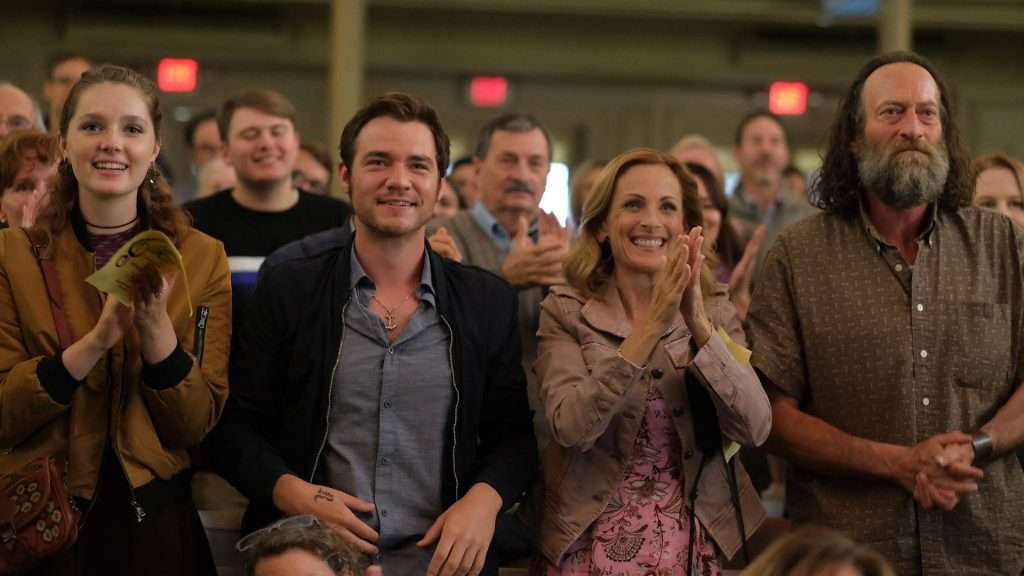 Here, Huidobro, whose credits include an Emmy nomination for her work on HBO’s Barry, and the TV series Fargo and Grown-ish, talks about the challenges of the shoot and her approach to the cinematography and lighting.

You and Sian met at AFI and have worked steadily together ever since. Talk about your history as collaborators and how you collaborated on this project?

We go back a long way and first met when she was at the AFI’s Directing Workshop For Women and she’d just won the Student Academy Award. That was almost 15, 16 years ago, and we did two short films together. One of these, titled Mother, did really well on the festival circuit, Then we shot Tallulah, and last year we worked together on Little America, the Apple series about immigrants.

We really enjoy working together as we think the same way about storytelling, and have a very similar sensibility and approach. We both love to really plan out our shot list, and by now we have a shorthand. We don’t have to discuss every single thing, and Sian is a very visual director, so it’s great for me as a DP. 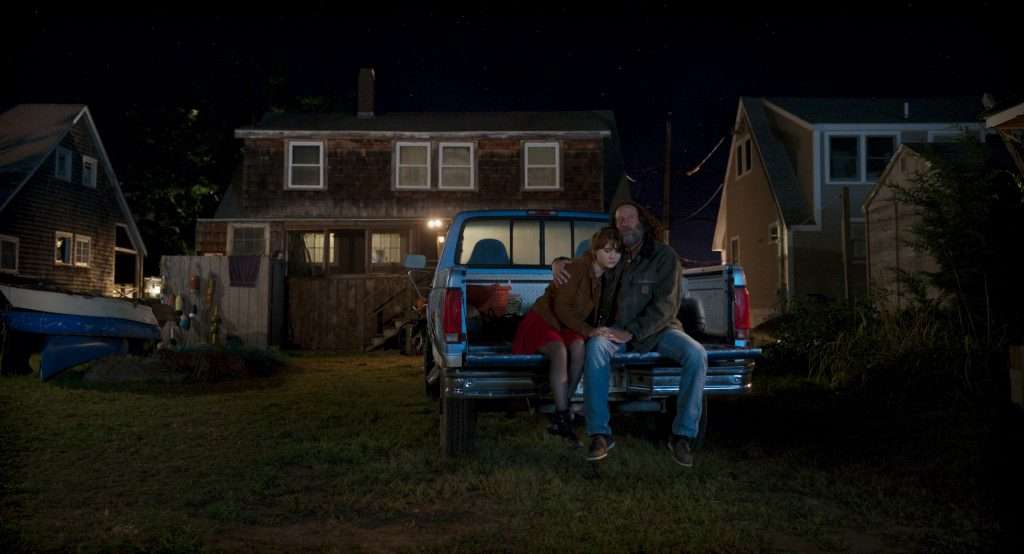 The main thing that’s changed over the years is the scope and scale of the projects. They’re getting bigger, so on this film we had a lot more challenges in terms of all the logistics and planning, especially with the boats and fishing scenes. And we didn’t have a lot of time for the shoot, so we had to be really prepared.

So how did you prepare in terms of dealing with all the fishing and the deaf community. I assume it was quite a steep learning curve?

It was. The boat stuff was very tricky – even just deciding how big a crew you could get on a working fishing boat, and then the fact that we had to be shooting a real catch. So that meant we had to be there at a certain time, as there are all these fishing restrictions, and we had monitors on-board to make sure we complied with all the regulations.

So there were all the logistics and planning out exactly what shots we needed and how to get them efficiently, and we talked a lot to local fishermen and marine people. And then we had to deal with our actors on the boat, and two of them were deaf. So the blocking was different and I had to learn how to communicate with them on-set and to make sure I shot them with their hands in the frame, so you can see their signing. 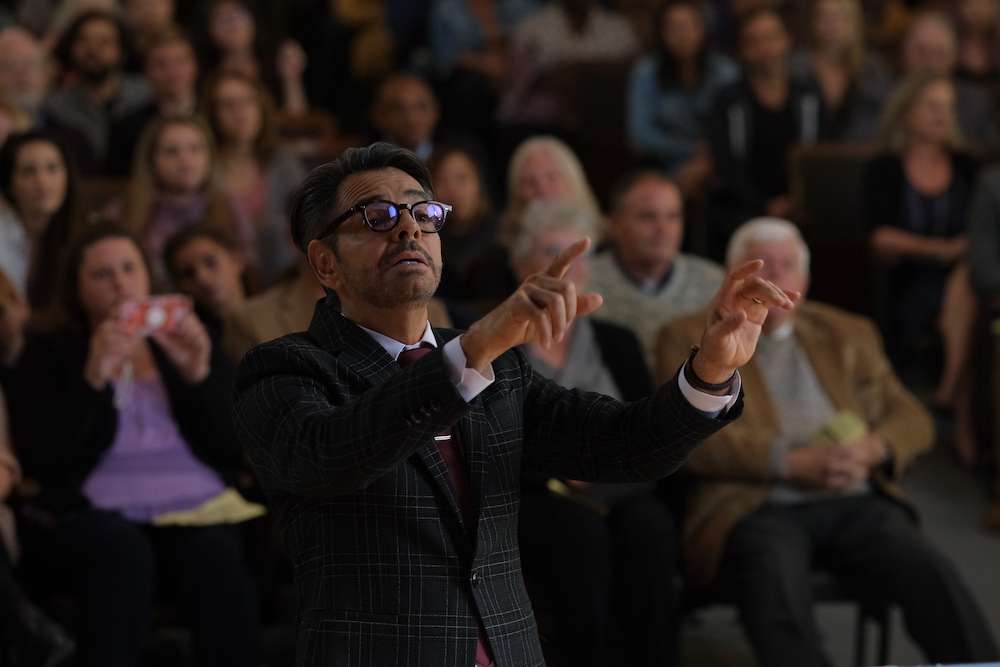 How did you approach the look of the movie and the technical challenges?

We wanted it to look simple and natural, organic and unobtrusive, rather than trying to impose a style on the movie. We both felt the story was the main thing. So for the look it was more about getting out of the way of the story.

Technically, the fishing scenes were the big challenge and the most difficult, because of everything from the logistics to the weather, which constantly changes. We shot on this quite small, real working boat. We also needed a 50-foot Technocrane to get some of the fishing shots, which we had on another boat with a lot of the camera gear. That was all new and exciting for me.

We actually only spent three days at sea – one to prepare it all, and then a couple of days for the shoot itself, which wasn’t that long considering all the shots we had to get. We only went out the minimum distance, but it still took an hour-and-a-half to get there, and we had to set out at night so we’d arrive by dawn for the fish. Then there was the whole music part and the coming-of-age bit of the story, the quarry, and all the story points we had to get across. There was a lot going on.

How long was the prep and shoot?

Prep was just three weeks – not that long. And we shot in summer for three weeks, all on location in Gloucester. I loved it – being able to capture the beauty of the place and the ocean, as well as the local community, real people who’ve lived there for many generations. Sian had been going there since she was a kid, so she knew it very well, including the local quarry we shot at.

But it’s not easy working on a small boat at sea, and there’s not much room for all the gear and lighting we needed. I didn’t get seasick, but some of the crew did, and there are all the safety issues involved. But really, there weren’t any downsides to shooting there. You can’t fake it, and as a DP that was a huge benefit for the movie, I feel. 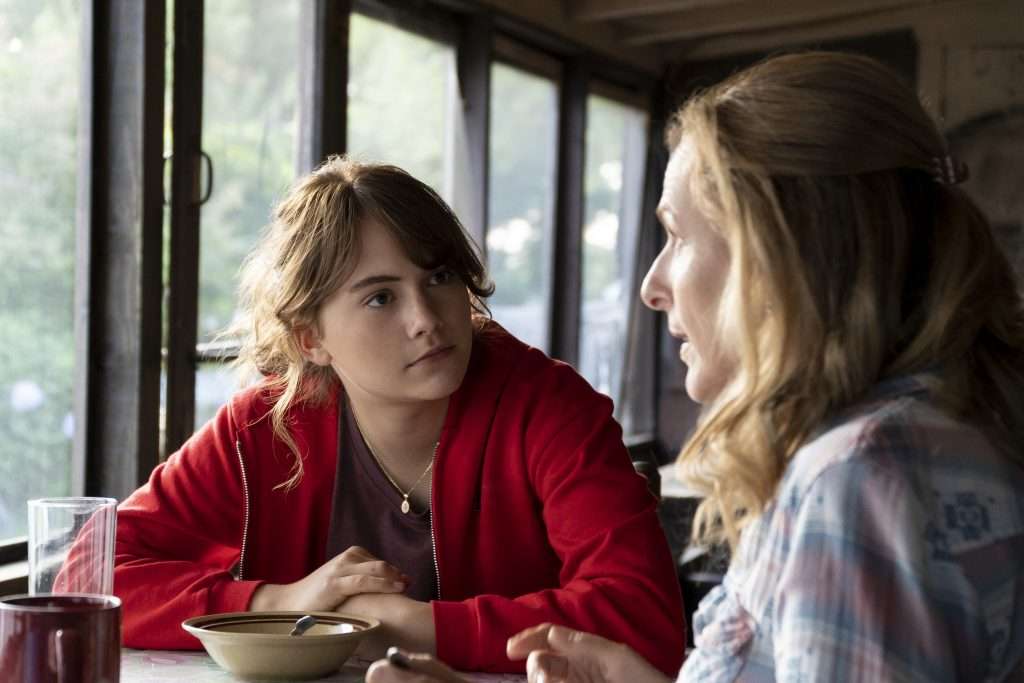 How did you make your camera and lens choices?

I decided I wanted to shoot on the Sony Venice 6K with the LPL mount, and ARRI Signature LF Primes, 18, 25, 35, 47, 58, 75 and 125mm. We also had a couple of Angénieux EZ zooms, although we barely used them as we shot nearly everything with the Signatures.

The Venice 6K was quite a big deal for a small film like this. It was my choice, because I love the camera’s resolution for shooting stuff like the ocean and wide vistas and landscapes. I also love the large format for shooting portraits and the great depth-of-field, and I love how sensitive it is as you can shoot at very low light levels at 2500 ASA.

I shot Little America with the Sony Venice, and it was a great experience. Unfortunately, although we shot 6K on CODA, we finished in 2K. As for lighting choices, we used some lights but we wanted it to look very natural and real and gritty – not artificially beautiful. So I kept it very simple.

The quarry scene where Ruby and Miles first kiss. I loved the process of finding the location, and thinking about the experience of first love. It was special from a creative and story standpoint, but there were also logistical challenges about getting the actors to jump from high up, having stunt doubles, working the schedule to best help with the position of the sun and also with the logistics of getting the gear from one place to the other. The location was also incredibly beautiful, so Sian and I really made an effort to try to capture the experience of being young, in love and in a magical place. 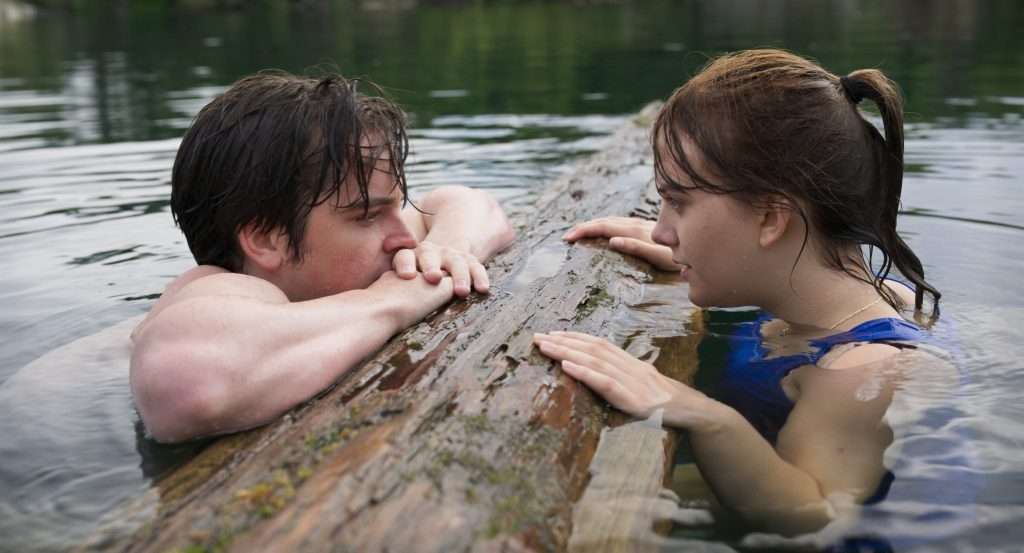 Did you apply any LUTs?

I had a DIT on the set, Leonard Mazzone. So we we began working the image on-set and then did more work on it in the DI, which we did at Light Iron in Toronto. I went there for a week to go over all my notes with the colourist, Marc Lussier, and we did a couple of passes. But Sian wasn’t there and we had to try and work remotely with her in LA, and that was a little tricky. Then she came to Toronto for the second time around. The look we all went for was a very naturalistic one, and while the overall palette of the ocean is pretty neutral – with lots of greys and blues – there’s also a lot of bright colours with all the fishing gear, so you have these splashes of reds and oranges. We spent most of the time making sure all the colours looked real and natural – not exaggerated or heightened for effect.

How do you look back on the whole experience on working on CODA?

I’ve done projects that are perhaps more style-driven, where you can put your stamp on the story, but on this project I felt my job was to just tell the story and be honest with it and not heavy-handed.

There’s been so much talk about diversity, but women DPs and directors are still not that common in the business. Are things improving?

Yes, but slowly. I’ve been doing this for 20 years and there’s more awareness, but it’s still a struggle sometimes. You have to be careful who you hire, as there’s definitely still people who’re not comfortable working with women.