Cinematographer and California native Autumn Durald has come a long way since she graduated from AFI just over a decade ago. She began shooting micro-budget films and commercials, quickly gained attention for her bold visual style and attention to detail, and got her first big break when Gia Coppola hired her to shoot Palo Alto, the 2013 indie drama and festival favourite.

“I loved this and the vision Kate Herron had for it” 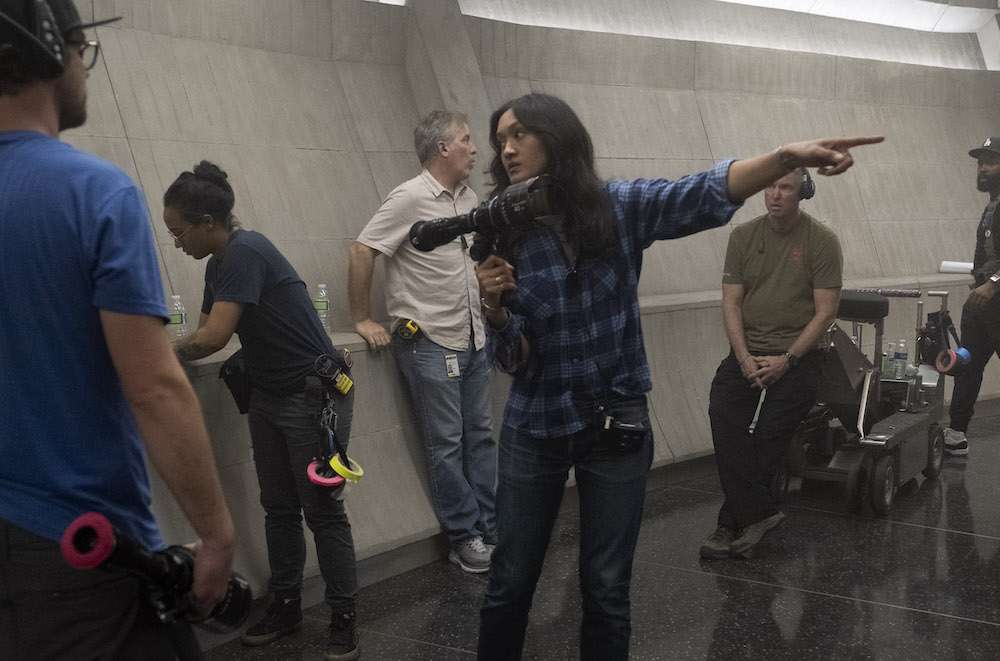 So maybe it was just a matter of time before superheroes and Marvel also called on her talents, teaming Durald with director Kate Herron on Marvel Studios’ highly-anticipated live-action time-travelling television series Loki. The series stars Tom Hiddleston as Loki, the adopted brother of Thor and a previous antagonist to the Marvel Universe’s Avengers, as he has an unlikely influence across human history. Here, in an exclusive interview, Durald talks about the challenges of the monster shoot and her approaches to the cinematography and lighting.

Loki must be the most ambitious project you’ve ever shot and a big change of pace for you?

For sure! I veer towards moodier naturalism and realism and smaller projects usually. I’d been asked to meet about bigger shows before, though not as big as this, and had not been able to commit the time they take – months and months – as I have a family and a young son. But I loved this and the vision Kate Herron had for it, and we had similar references, so I was excited to be involved.

How did you and Kate Herron approach the look of the show?

Kate’s done a lot of shorts and loves horror films, and she has great taste when it comes to contrast and mood and tone. So when I went into the meeting she had a lot of references that were movies I also love and consider a lot, such as Zodiac (2007, dir. David Fincher, DP Harris Savides ASC), Se7en (1995, dir. David Fincher, DP. Darius Khondji AFC ASC), Barton Fink (1991, dirs. Joel & Ethan Coen, DP Roger Deakins CBE BSC ASC) and Blade Runner (1982, dir. Ridley Scott, DP Jordan Cronenweth ASC). I felt it was meant to be as they were exactly what I would have used, and that we were on the same page.

What were the big technical challenges?

These shows, like this and WandaVision, are new for Marvel, but they have the budget, characters, scope and time put into them as if they’re movies, and we’re delivering a far bigger story over six episodes than you’d get in a two-hour movie. There’s a lot involved technically with all the action sequences and VFX and stunts and so on, but you have this great support structure from people who’ve all done this sort of production before. So it was great to come on and have all these methodology meetings with people who are well-versed in doing this stuff, and so creative and collaborative. 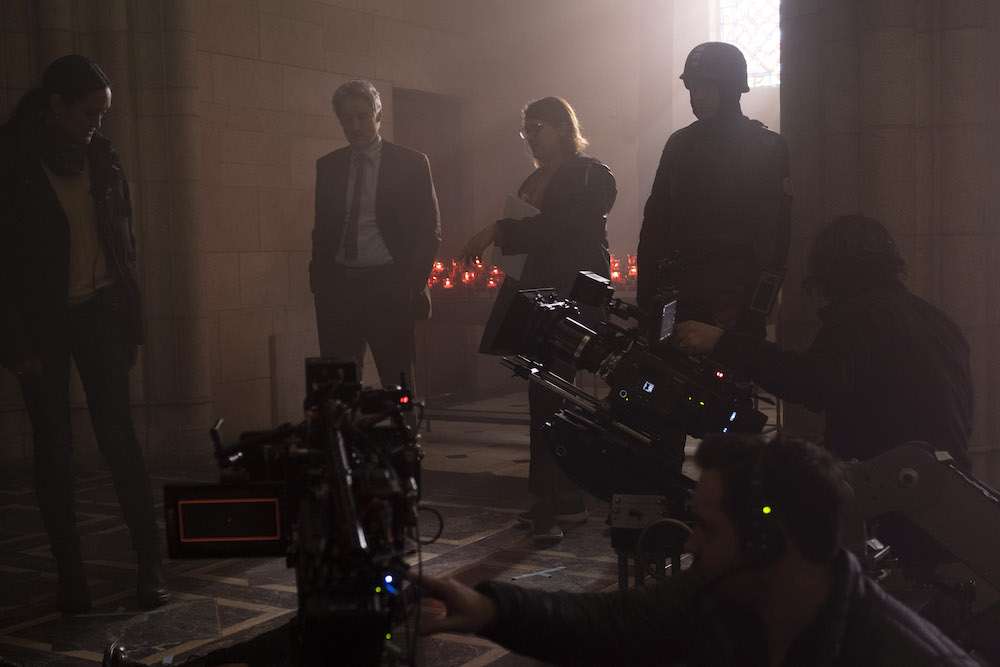 Doing something so huge and ambitious was new to me and Kate, and you don’t always have the answers right away for how you’re going to execute these big sequences. For instance there was a long sequence that takes place on some planet, with a lot of VFX work in it, and we did a lot of previz and methodology about how it should look and how we were going to shoot it. It takes time to problem-solve those kind of complex sequences.

Loki is full of huge action scenes and cinema-level VFX that look like they could have come straight out of the Avengers films. Did you study-up on all that?

Yes, and even though I was already very familiar with those films and Thor, I brushed-up on the whole storyline, and Tom Hiddleston gave a great talk about his character’s whole back story which was amazing. Lighting is my favourite thing. I feel it should always be emotional and that character moments should be driven by lighting, so Tom’s talk was very helpful.

How long was the prep and did Covid interrupt the shoot?

It did, and it was crazy. I had about ten weeks prep, and I spent two weeks with Kate here in LA, before she left for Atlanta where we shot it all. I had eight weeks in Atlanta to prep all six episodes. Then we shot for five weeks before Covid hit and we then took a hiatus, not knowing what would happen. That stretched into six months ultimately. That was pretty gnarly, but then it gave me family time and we all picked up very smoothly where we left off.

How did you make all your camera and lens choices?

I mostly shoot with ARRI Alexa in my feature work, but I also do a lot of commercials, and a director introduced me to the Sony Venice on a commercial we did. That was the first time I’d used it, and as someone who usually shoots with one camera I was very open to it, and I loved it. I fell in love with the way the Sony Venice renders colour and image, and the lenses I could use. So after that, I began using the Venice mostly, and when I came on-board for Loki I suggested using it and we did some tests.

Interestingly, Marvel had never used the Sony Venice before, except once on Black Widow, and because of all the VFX on this they wanted to make the right choice for everyone involved. For lenses I used Panavision. I’ve had a relationship with them for the past ten years and they’ve been so supportive. I’m a big Anamorphic shooter, so we ended-up shooting with the T-series Anamorphics. Panavision and Dan Sasaki really helped by working on the lenses to give me the look I wanted, given how I like to light and shoot, and tweaked and modified them. We’d do tests, and I ended up with a great package.

You mentioned earlier that lighting is your favourite part of the job. Talk about what was involved on this show.

It was great as Kate was such a fan of my lighting style and very supportive of the moody, dramatic look I wanted. It helps so much when you work with people who share your taste, because at the end of the day there are so many layers and choices that go into the final image – from the camera and lens to the lighting, what you put on the lens, the frame, costumes, production design, and so on  – and everyone on this show had really good taste.

“Lighting is my favourite thing. I feel it should always be emotional”

I worked very closely with my longtime gaffer Brian Bartolini. This was our first job lighting on such a huge scale. We pretty much took over all the stages at Pinewood Atlanta, and had a lot of huge sets to pre-light.

It also really helped that we built so much, so it wasn’t all bluescreen, and that they planned to have real ceilings on this show. I know that sounds funny, but I like to shoot low and a lot below the eye-line, so on this you see all the ceilings and they’re all real.

Our lighting package was mainly Astera Titan tubes, Litegear units plus ARRI Sky panels. We used a 4×8 RGB Source Maker soft box through magic cloth on a Menace arm for close-ups, and a few Dino light rigs with narrow spot globes on Manitous for some of the large day exterior work.

Tell us a little about your colour pipeline and the final DI?

I do a lot of commercials in between all my film projects and work a lot with British colourist Tom Poole. We talked a lot about Loki and he made me a LUT for the show. Then I had my DIT Zach Hilton. The way I work is that I like to colour as much as I can on-set after each set-up, so that dailies match that look which then carries through editorial and post. But the final colourist was Matt Watson who works at Marvel’s own new post and DI facility. I have OCD, so at times I find the DI very tedious (laughs), and when you have so many VFX like this, you can do passes but you’re still waiting on shots to come in and constantly having to go back. It helped that we did as much as possible in-camera, but as we speak I’m still grading. It’s been a marathon, but I’ve really loved doing it and working with such a great team, and I’m very happy with the way it looks.