“I would shoot every narrative story on film if I could,” declares New York-based cinematographer, Greta Zozula, recalling her time spent working on Call Jane, Phyllis Nagy’s impassioned movie about the work of the underground Jane Collective to provide terminations at a time when they were illegal across the entire US.

“I had zero negative experiences during the production shooting on film. In fact, it always exceeded expectation, and the result shows just how special celluloid can be to the viewing experience.” 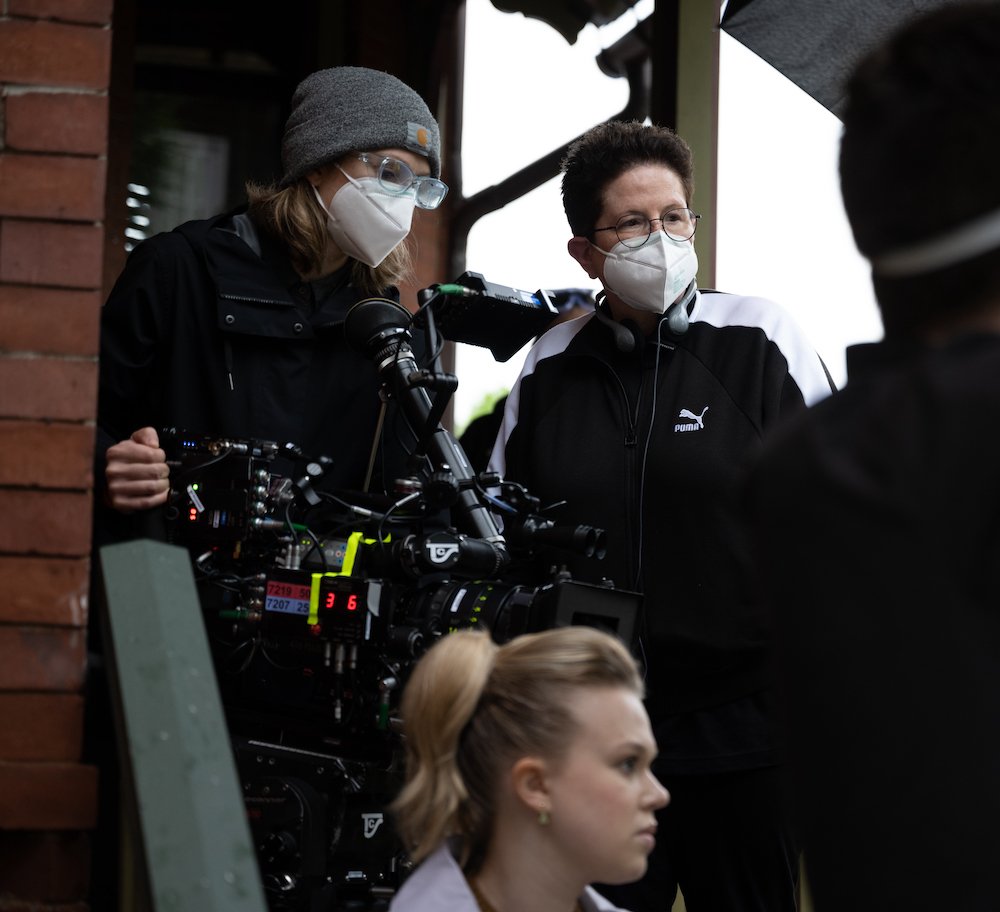 Captured on Kodak 16mm filmstocks, Call Jane is a gripping and engrossing dramatisation of a pivotal, but largely ignored, chapter in American history. It’s Chicago, 1968, when the city and the nation are on the brink of social and political upheaval. Joy (Elizabeth Banks), a suburban housewife, leads a perfectly ordinary life with her husband and daughter. But when pregnancy leads to a life-threatening heart condition, she has to navigate beyond the all-male medical establishment unwilling to terminate her pregnancy in order to save her life. 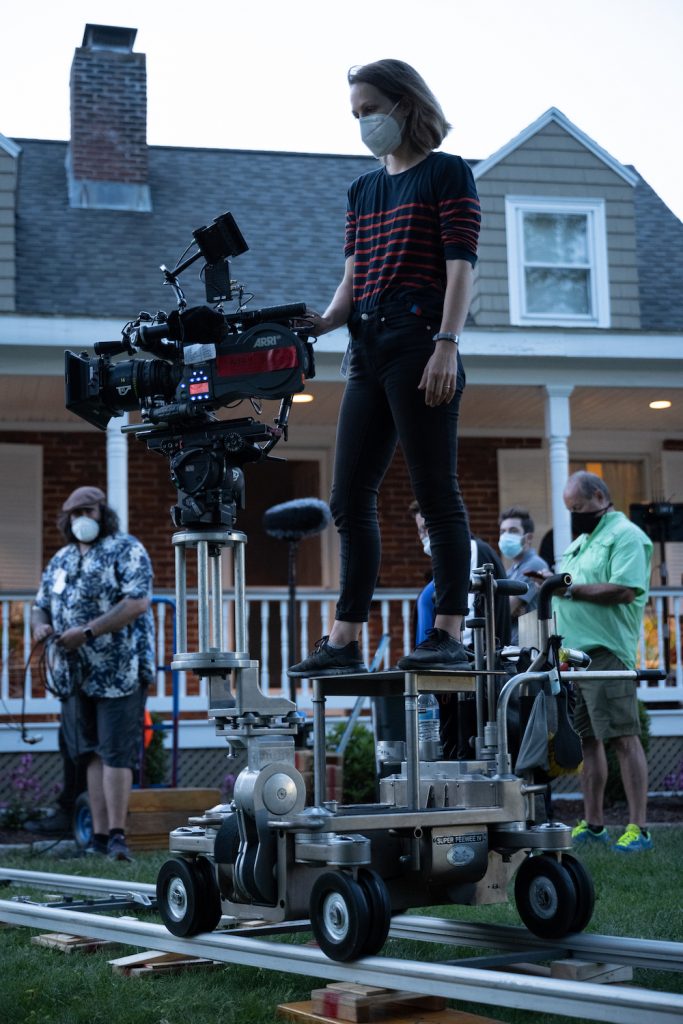 Joy’s journey to find a solution leads her to the Jane Collective, an outlawed organisation facilitating safe abortions, led by Virginia (Sigourney Weaver), who is courageous and fiercely-committed to women’s health, and Gwen (Wunmi Mosaku), an activist who dreams of a time when all women will have access to abortion, regardless of their ability to pay. Their work inspires a burning sense of purpose within Joy, who joins forces with them and puts every aspect of her life on-the-line to help other women take control of their own destinies. 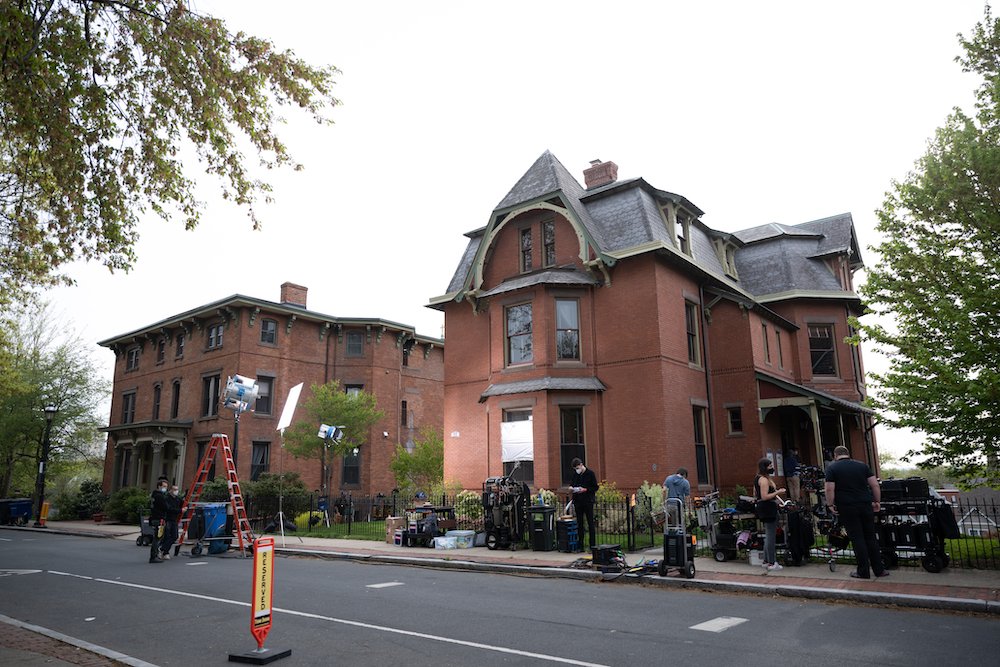 As noted at the end of the film, the Jane Collective went on to facilitate over 11,000 safe abortions in the Chicago area between 1969 and 1973, until it was disbanded after a ruling in the landmark Roe vs Wade case struck down many federal and state abortion laws and the US Supreme Court gave legal access to abortion as a constitutional right.

Call Jane was co-written by Hayley Schore and Roshan Sethi, and helmed by Nagy, who, amongst many accolades, received an Oscar nomination, Best Adapted Screenplay, for the 16mm-originated Carol (2015, dir. Todd Haynes, DP Ed Lachman ASC). 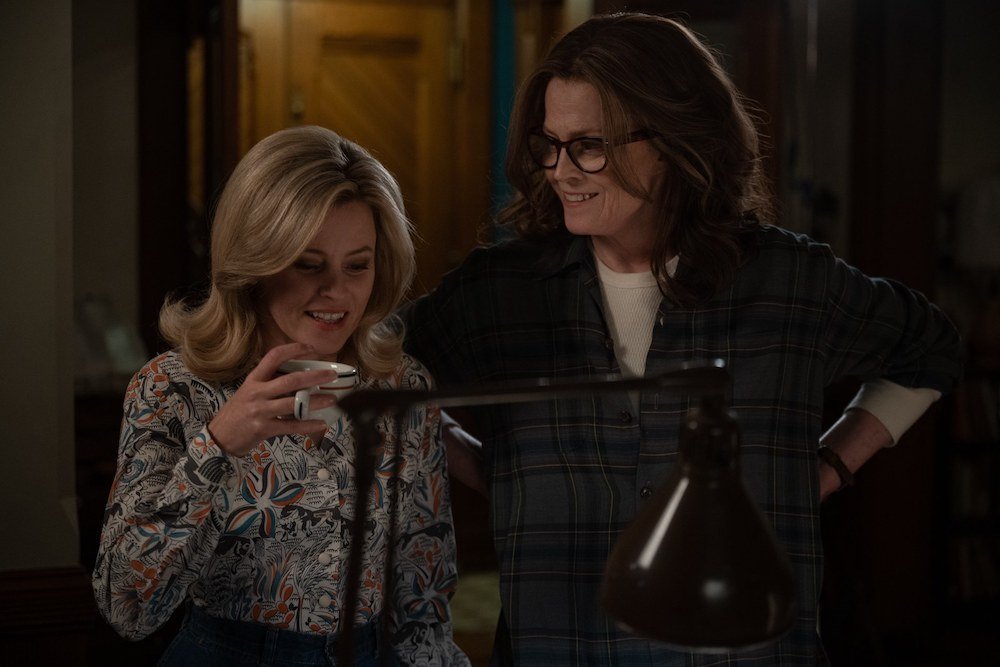 “My agent sent me the script and, being aware exactly who Phyllis is, I was automatically interested,” says Zozula. “But, I have to admit real shock that I did not know what about Jane Collective. Neither did many of my friends when I mentioned it to them. As I investigated and learned more, it blew my mind as to what they did and what they achieved, and I was appalled that this incredible part of history had been overlooked and forgotten for so long.

“Phyllis wanted the visuals to be honest and character-driven”

“I was excited to meet Phyllis and we bonded over a shared appreciation for intentional and honest storytelling, as well as an overwhelming need to shoot this film on film. Our meeting was easy, and a fun side-note is we shot-listed the entire film over two days and never deviated from it.”

Zozula says the texture and colour in the photographic works of Chicagoan street-photographer and nanny, Vivian Maier (1926-2009), provided an early inspiration for her personally, and was both surprised and delighted to discover that Nagy had some of the exact same stills amongst her visual references too. 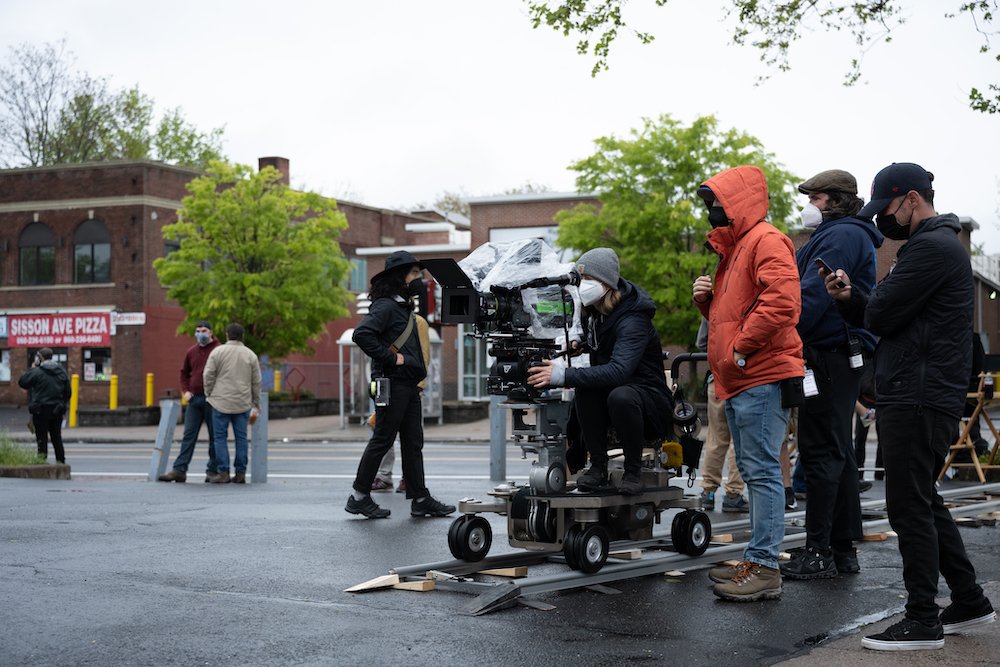 “It was clear Phyllis and I were already thinking along the same lines at this very early stage,” Zozula adds. “Of course, when we discussed things in more depth, Phyllis wanted the visuals to be honest and character-driven, and especially around Joy, her family, her friendships and her steely resolve, and we looked at a small number of films to consider ways we might approach this.”

Amongst those references were A Women Under the Influence (1974, dir. John Cassavetes, DPs Mitch Breit and Al Ruban), for the raw and honest nature of its compositions, together with the films of French filmmaker Claire Denis, for the portrayal of how female characters are often overcome by their physical senses in a total experience that involves both body and soul. 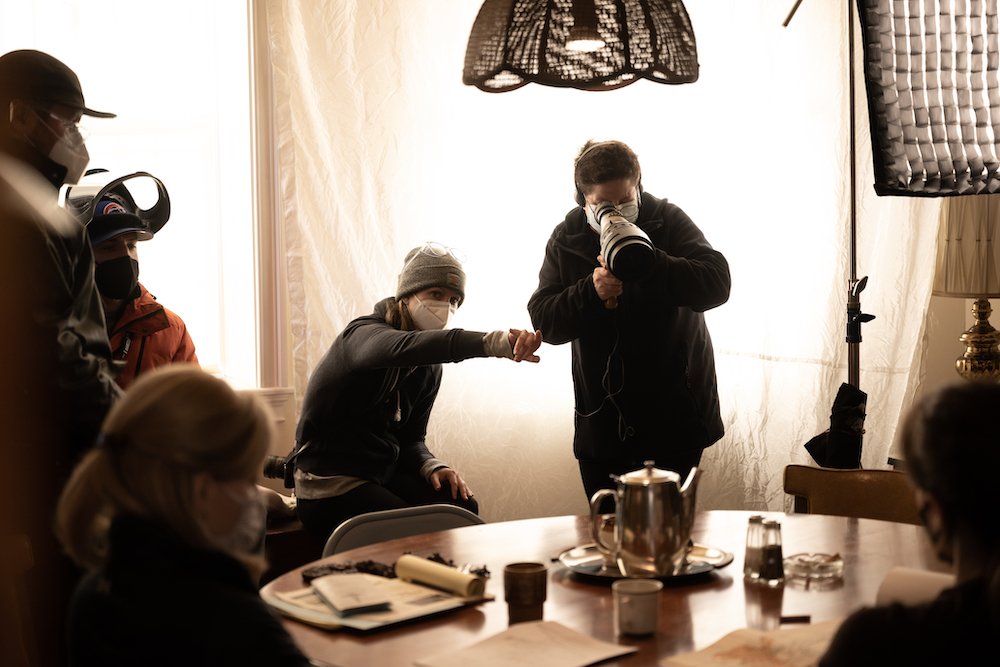 Filming on Call Jane began in Hartford, Connecticut in May 2021, concluding 23 shooting days later, shooting mainly on-location, with the exception of the operating room where the abortions take place, which was a specially-constructed set in a local gymnasium.

Zozula went with an ARRIFLEX 416 16mm camera, fitted with Master Prime and Ultra Prime 16mm lenses, in a package supplied by TCS New York. She used Kodak Vision3 250D 7207 for the film’s day exteriors and a small number of day interiors, and harnessed Kodak Vision3 500T 7219 for low-lit interiors and night scenes. These decisions helped to support distinct contrasts between the three main environments in the story – Joy’s world at home, the world of the Janes and the operating room.

“The way that film reacts to and captures light – whether it’s artificial light or natural light coming through a window – is impossible to replicate,” says Zozula. “I love the way it responds to colour, and how, in combination with the costume and set design, it evokes a period-setting.

“The camera, image compositions and lighting set-ups were intentionally more calculated in Joy’s world, more playful and unpredictable when we introduced the Janes, and more focussed on the patients as they undergo their procedures in the operating room. While both the saturation and contrast of the 250D are a little bit stronger than the 500T, the two filmstocks work well together, and they really helped to support the visual separations between these scenarios. 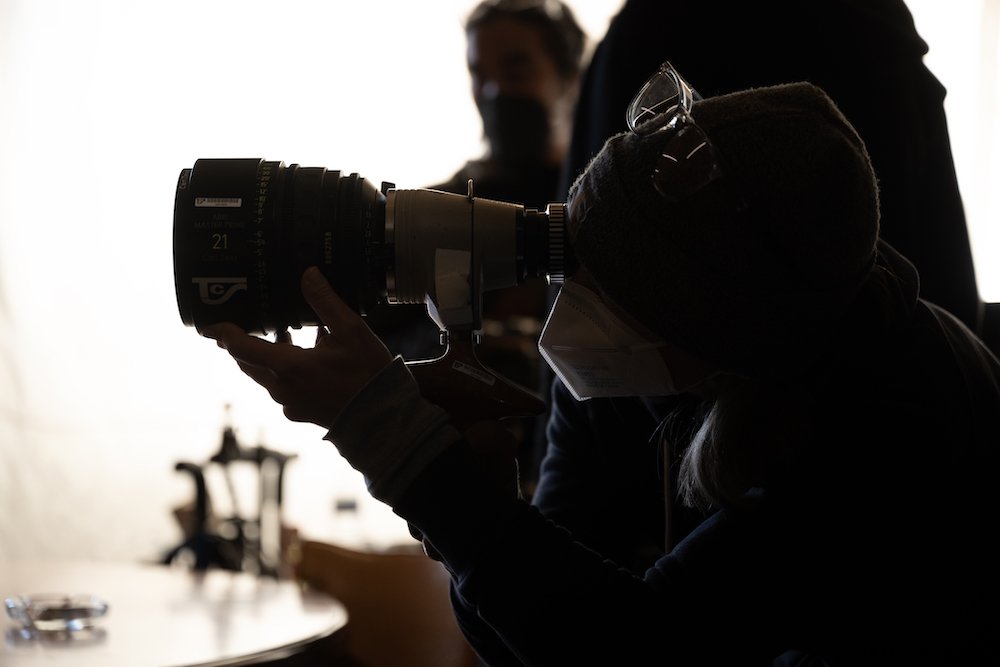 “Additionally, we shot a lot of our interiors, such as the bedroom and abortion scenes, in low-light, and I had no doubt about the ability of the 500T to capture detail in the darker areas of the image in those situations. When it came to scenes that had a wide exposure range, such as a darker day interior with a bright window, I had faith that the highlights would not clip and that we’d have details in the image.”

“I had zero negative experiences during the production shooting on film”

“Nat created a look from a camera test and most of the colouring was done upfront and with the film stocks themselves,” says Zozula. “We did very little in the DI and mostly used that time to refine some scenes and do a final polish.”

“Whilst it was a no-brainer to me and Phyllis that we should capture Call Jane on film, there was quite a lot of talk before production began with the producers about the pros and cons, I had to debunk a few misconceptions that may have been valid 10 or 15 years ago, but not now. 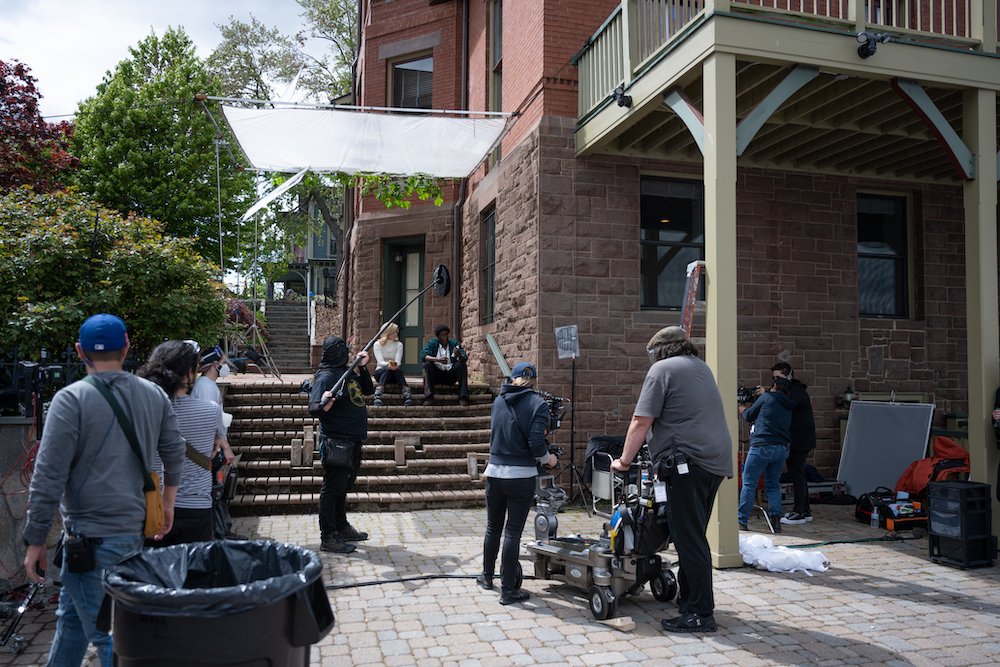 “When you shoot on film, you really can trust the process, and nothing went wrong between the moment the exposed negatives left the set and the digital dailies came back to us. As for the workflow, film scanning and digital film dailies technologies have come-on in leaps and bounds in the last few years, and we generally got the see dailies back overnight.

“Also, we had a lot of locations to contend with on a really tight schedule. But one of the advantages of film versus digital is that you don’t need so much infrastructure around the film camera. This meant we were quite sprightly and could get through set-ups quickly every day. The time it would have taken to achieve some set-ups on digital would have sacrificed the scene itself and we could not afford that time. 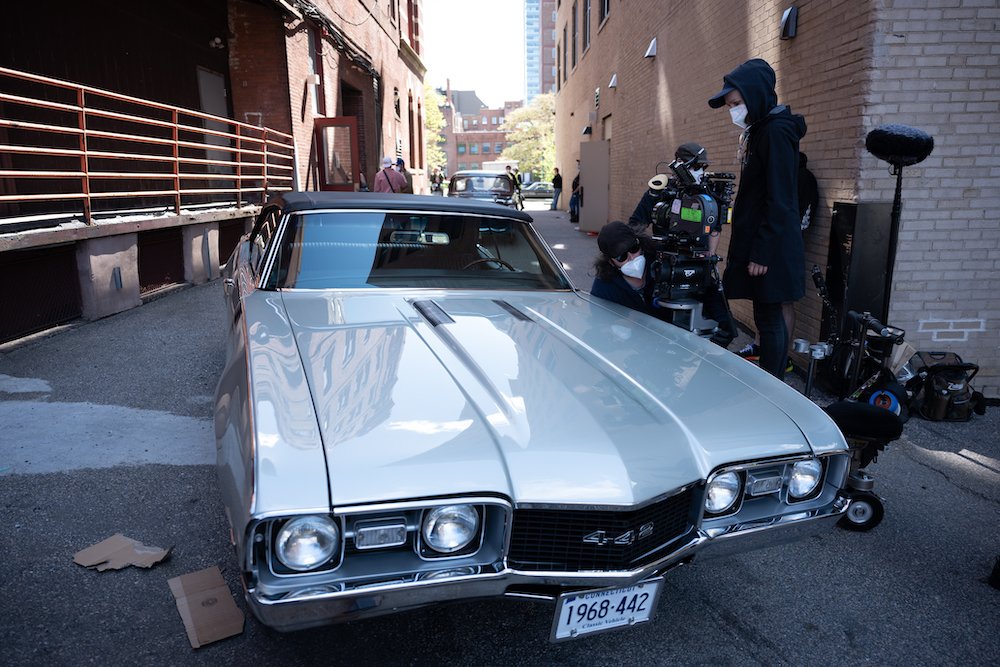 “Indeed, the way things worked out, we had to shoot all of our driving shots – three during the daytime and two at night – plus two ‘oner’ interiors, one Steadicam the other on the dolly, all on the same day. That wasn’t easy, but we did it.”

Steadicam operator, Afton Grant, was drafted-in for several ‘oners’ – long takes depicting Joy’s experiences at pivotal moments in the storytelling – such as the opening sequence which follows her down the stairs, around the lobby and outdoors of a downtown hotel, where see witnesses civil unrest on the streets. 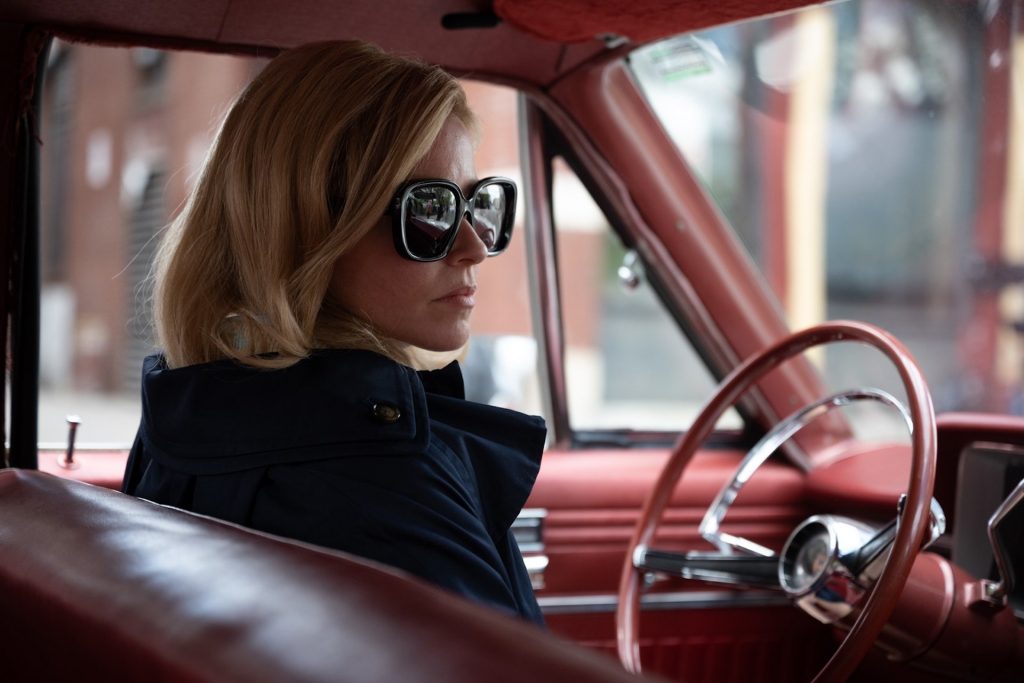 “We shot that scene towards the end of our schedule,” Zozula explains. “The choreography of the camera movement was really important to set the scene for the film, and there were some real challenges to overcome, such as mirrors and reflections, and the lighting had to be 360-degrees too.

“My gaffer, Noah Chamis, was really creative in finding ways to add appropriate praticals, and to hide lights, around the different spaces. This was our biggest lighting set-up with at least half of our lighting being outside, including two condors. 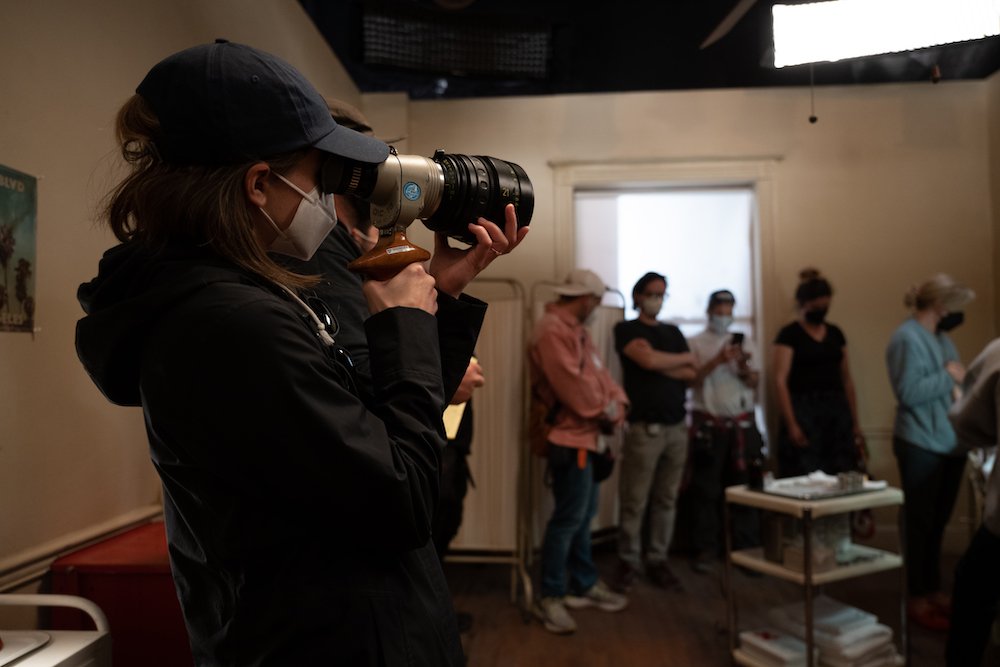 “When we came to shoot, it was a really big moment for all departments, especially Grant, working in tandem with our grips Kevin Kennedy and Adam Beard. It was one of those occasions when everything needs to go according to plan. But we had no doubts, and we pulled it off in six takes.”

Zozula reflects, “Phyllis is an amazing person and a wonderful collaborator. I feel honoured that she wanted me to play a part in the making of this film about such an important subject. Shooting it on film was a great way to get this story across.” 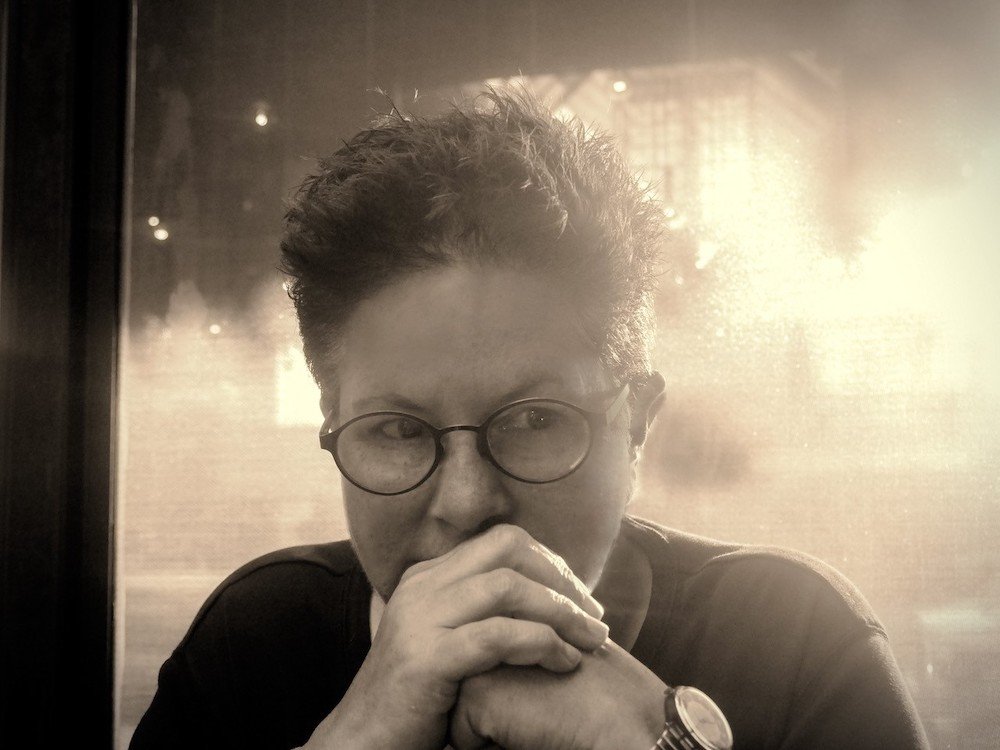