Triangle Of Sadness, which won this year’s Palme d’Or at the Cannes Film Festival, is a satire on the world of the super-rich. It follows fashion model celebrity couple Carl and Yaya, who are invited on a luxury cruise run by a Marxist captain (Woody Harrelson). Sounds great, but the boat sinks, leaving the survivors stranded on an island. 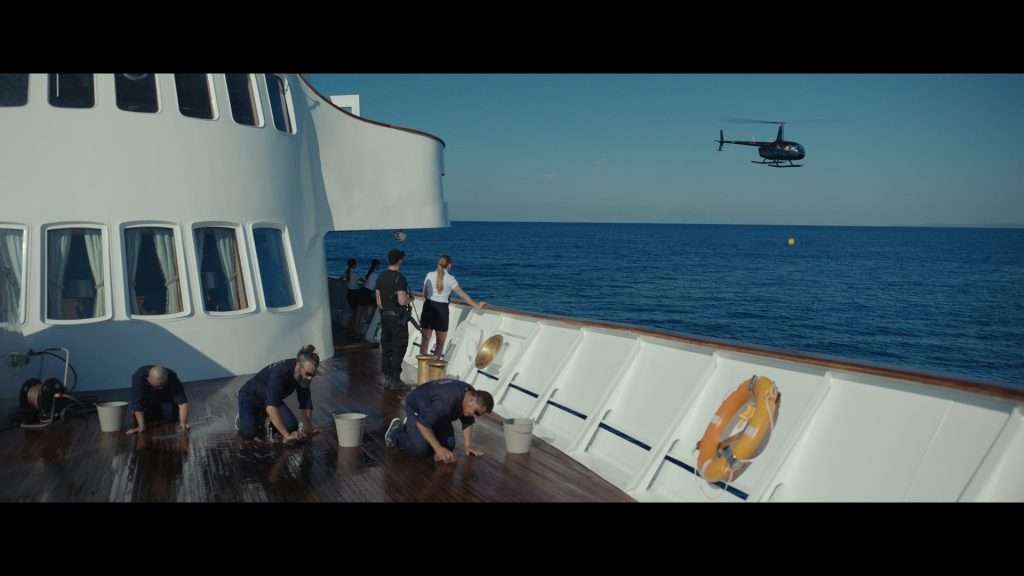 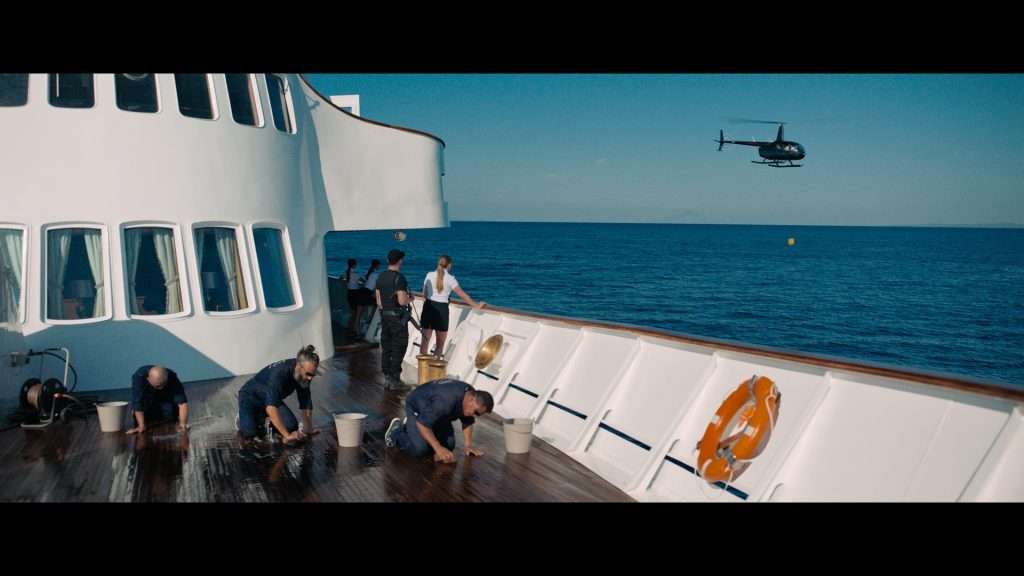 Swedish director Ruben Östlund, who also won the Palme d’Or in 2017 for The Square, collaborated with cinematographer Fredrik Wenzel and with post supervisor and co-founder of post house Tint, Vincent Larsson. Tint colourist Oskar Larsson had previously worked with Wenzel on the HBO series We Are Who We Are. 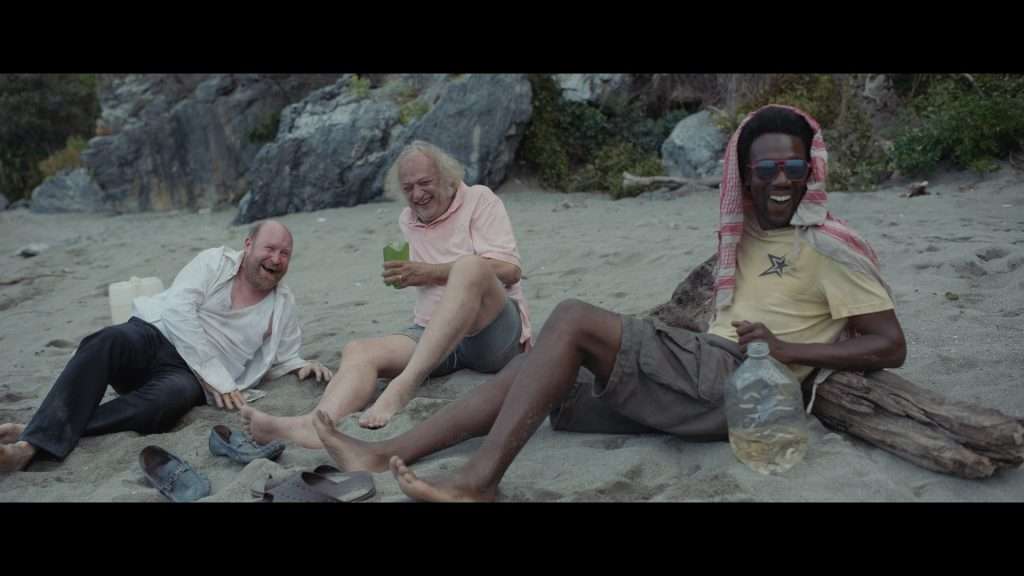 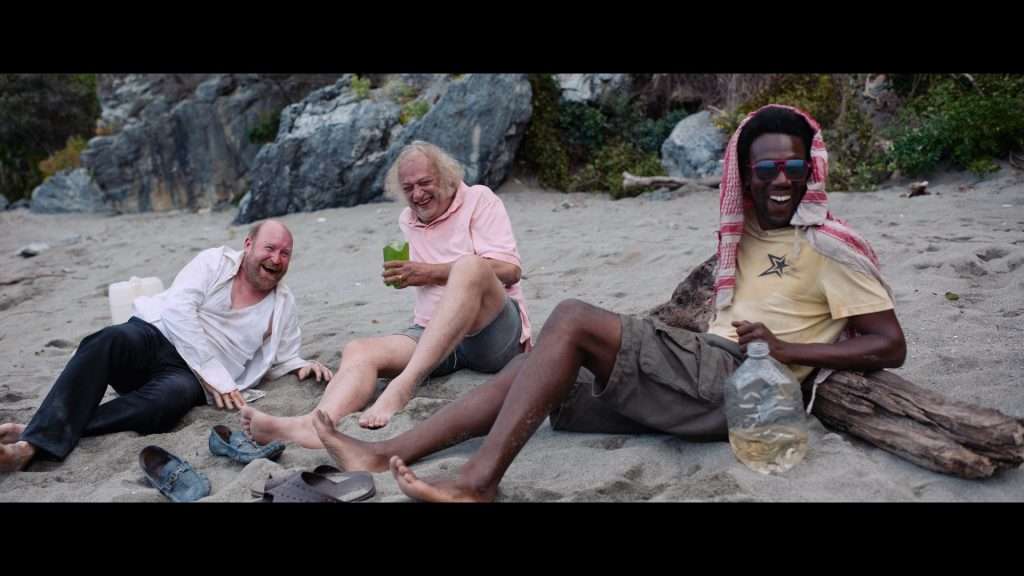 There was no set look for Triangle Of Sadness, but Östlund and Wenzel had Hergé’s Adventures Of Tintin in mind from the start. Wenzel describes the imagery as “archetypical. The island becomes the island, the lifeboat becomes the lifeboat. It was an approach we applied to the whole of the film. It’s not about us creating a 100% realistic scenario of people on a deserted island. It’s about finding the sweet spot where the audience gets just enough to accept the premise.”

The production was shot using the ARRI Alexa Mini LF with the Zeiss Supreme series. And a Ronin gimbal was used extensively. Before principal photography began on the 85-day shoot in 2020, Larsson and Wenzel reviewed camera tests and created a LUT. “We ended up tweaking the ARRI K1S1 a bit in terms of contrast and a slight temperature shift in the shadows and highlights to get more colour separation out of the LUT,” says Oskar Larsson. Tint called on Blackmagic’s DaVinci Resolve for the picture post workflow, conform and grade. 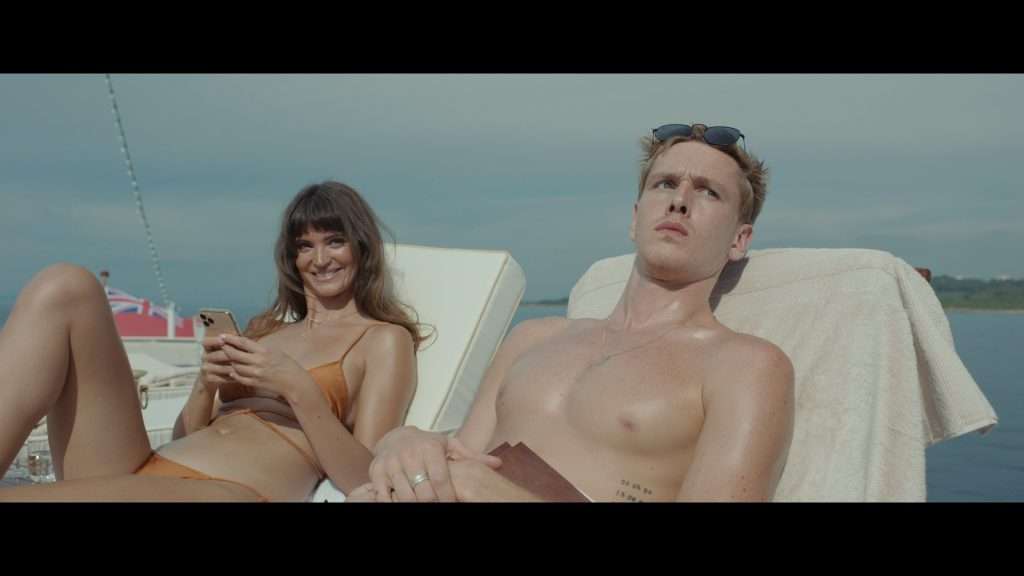 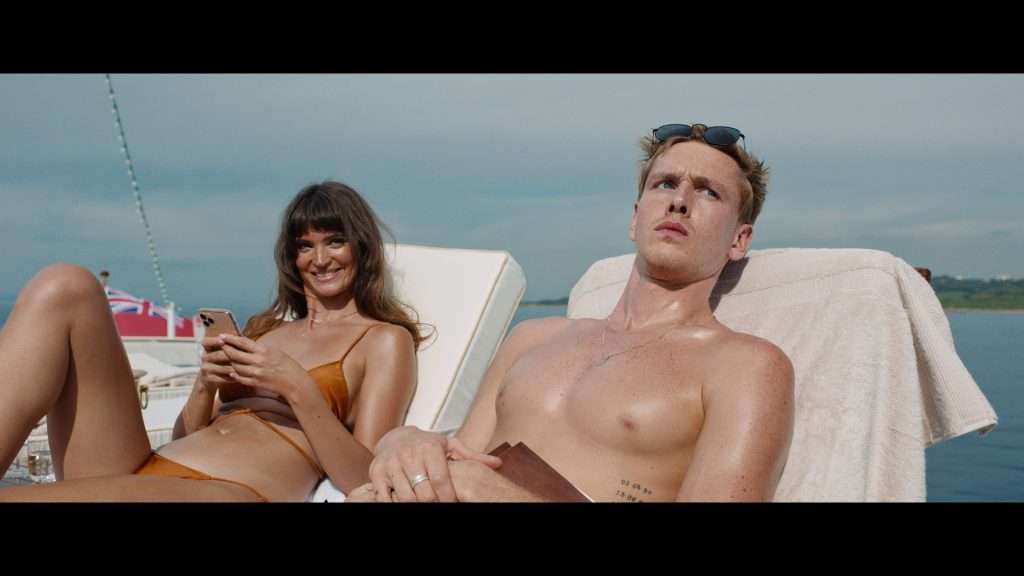 As the shoot progressed (with COVID disruptions), Oskar experimented with a few key shots. They didn’t want it to look as if was shot on film. “We didn’t want the colours to feel constrained or forced into a print emulation space, or the image to look too grainy or have too much contrast,” he explains. “It was all about balance.”

At Tint, the brief from Östlund was to make it look expensive. For Oskar, this meant “no fancy effects in the grade or anything that could be distracting to the viewer, look cheap or forced.” It was all about enhancing the digital negative so that it felt rich, colourful, inviting, yet without a look as such. “For me,” he says, “it’s all about developing the digital negative. What is the framework going to be for the film?

“A key to finding the right tone for the film was a DCTL that helped me find the right density in the colours, especially the red tones (the film has a lot of life vests and sunburnt skin). We wanted the colours to feel intense but not digitally saturated.” He was particularly happy with the skin tones in one scene, where main characters Yaya and Carl are sunbathing on-deck.

Wenzel had a broad ambition for colour. “Every evening when I come out of the darkness in the suite, the world outside looks so incredibly rich, varied, sprawling, chaotic yet harmonious. And it depresses me that we sit in that room and try to reduce, clean, polish and simplify. So I said to Oskar, this time, let’s try and not reduce; let’s try and keep the richness of experiencing an early spring evening.”

For Oksar, the challenge was how to make this happen within the traditional SDR (P3) workflow. He was particularly happy with the daytime scenes shot on the island, with the colours of the costumes and the production design, together with the lush vegetation.

“We worked a lot with directing the viewer’s eye in every scene through power windows. There’s a lot going on in every shot, as always with Ruben’s films, so we had to make sure the acting really comes through to the audience.”

As well as directing and writing, Östlund is hands-on with VFX. Vincent was also the VFX producer on the movie. He explains it was a two-fold approach: “The planned VFX — such as bluescreens, explosions and 3D assets — went to Copenhagen Visual, working with VFX supervisor Peter Hjorth. The offline effects, which evolved throughout the edit, were done in-house at Plattform by Ludwig Kallén.”

“This project was extremely technical from the start,” says Oskar. “Almost every shot in the film had several video tracks, all in source resolution ARRIRAW. For us, to even be able to play the film back, the team at Tint had to use several techniques such as optimising media and the Render in Place feature. That last one really saved me.”

Several features and functions in DaVinci Resolve came into their own, including Optimize Media, Render in Place and OFX effects such as Deflicker and Patch Replacer. “They really helped us finish this film in time and get it to the level of quality that we were after,” says Oskar. “Sometimes there’s simply not enough time to send shots out to the VFX team, and having these tools available in the colour suite is really valuable.”

The film was delivered in 4K, and the mixing was done in Dolby Atmos theatrical. The grade and sound mix were completed at Rotor Film in Potsdam, Germany. The mixing, grading and some of the editing took place at the same time, so Östlund’s time was split as he travelled between countries. The advantage to this was a valuable objectivity. “That meant that Ruben was getting a healthy perspective on the grade; and every time he popped into the grading suite, his gut reaction felt very true and helped us a lot in moving forward,” says Vincent.