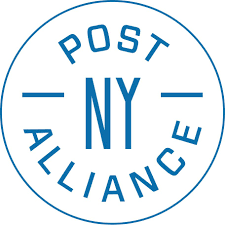 Post New York Alliance (PNYA) will delve into the intricacies of imaging science in the next edition of its free webinar series Post Break. Colour scientists Matthew Tomlinson and Joachim Zell will explain what imaging science is and describe its role in each aspect of production, from the set to the screen. The event, moderated by post-production supervisor Justin Scutieri, is scheduled for Thursday, April 22 at 4:00p.m. EDT.

Beautiful motion picture and television pictures begin with sound imaging science. Colour scientists work with directors, cinematographers, editors, visual effect artists and others in designing workflows to achieve maximum colour fidelity and preserve creative intent. Today, when so much production and post-production work is being done remotely, imaging science is essential to ensuring everyone is looking at the same picture.

Following the webinar, attendees will have an opportunity to join small, virtual breakout groups for discussion and networking.

Matthew Tomlinson is a 25 year industry veteran and currently the Colour Scientist at Harbor. He services projects by ensuring colour consistency from pre-production through final color as well as in creative look development. Prior to joining Harbor, he held imaging science positions at SHED, EFILM, Tippett Studios, P.O.P and Bossfilm where he worked on projects including Suicide Squad, Skyfall, The Avengers, Matrix: Revolutions and Air Force One. His recent credits include Quentin Tarantino’s Once Upon a Time and Hollywood, Louis Leterrier’s Dark Crystal: Age of Resistance, Martin Scorsese’s The Irishman, Chloe Zhao’s Nomadland and Emerald Fennell’s Promising Young Woman. Tomlinson is an Associate Member of American Society of Cinematographers (ASC) and a member of the Visual Effects Society (VES).

Joachim Zell is a consultant on production and post-production workflows, ACES and imaging science. For 12 years, he served as VP of technology and imaging science at EFILM/Deluxe, where he designed and monitored production workflows from onset production to the movie release. Previously, he was VP of advanced technology at Technicolor Thomson in Burbank and before that he was marketing manager Americas at Grass Valley Thomson. In London, Zell worked as product manager/digital film systems for Pandora International. He supports SMPTE as Hollywood Section Manager and serves on the ASC Motion Imaging Technology Council DI team that defined the ASC CDL standard and acts as co-chair of the MITC Next-Generation Cinema Display committee. He holds the position of ACES project vice chair at the Academy of Motion Picture Arts and Science. He is an associated member of the American Society of Cinematographers and a board member of the HPA. Zell holds a master’s degree in Film and Television Engineering and was co-writer on 4x image processing patents.