This November, Pinewood Studios welcomed over 4,000 young people from all over the UK for Futures Festival 2022. The key aim of the event was to inspire and educate students about the career opportunities across our booming industry which is currently facing a skills shortage. Those who visited met employers and industry professionals, took part in workshops, attended talks and experienced Pinewood Studios’ filmmaking facilities. 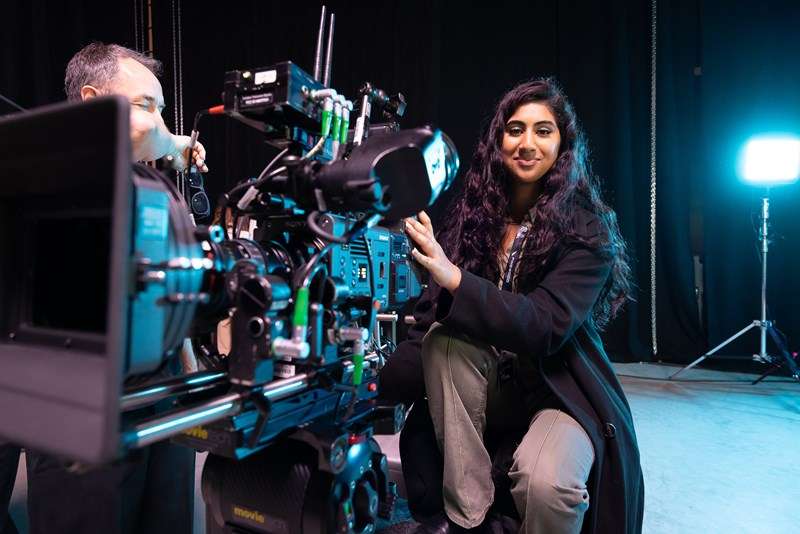 In The Sean Connery Stage, attendees had the opportunity to interact with technical equipment such as cameras and lighting desks with MovieTech, Sunbelt, Turtle Canyon Media and MBS Lighting, and experience 3D photogrammetry scanning and prop scanning in Clear Angle Studio pods. On display were costumes from LucasFilm’s Indiana Jones 5 and Cruella’s Panther De Ville car from the live-action Disney film. Industrial Light & Magic’s recruitment and emerging talent team were on hand to discuss roles and Makinarium displayed their work creating film props.

Pinewood Post Production showcased how sound, foley and music are layered to create tension and atmosphere. Using the film Beast with Idris Elba, they demonstrated the mixer desk, screen and speakers in the Powell Theatre and discussed the various roles within the department.

Attendees had a ‘splash-ing’ time at The Underwater Stage where the Diving Services UK team produced stunts and displayed how professional underwater filming is shot. Stunt performers, scuba divers and the team also provided an informative Q&A. 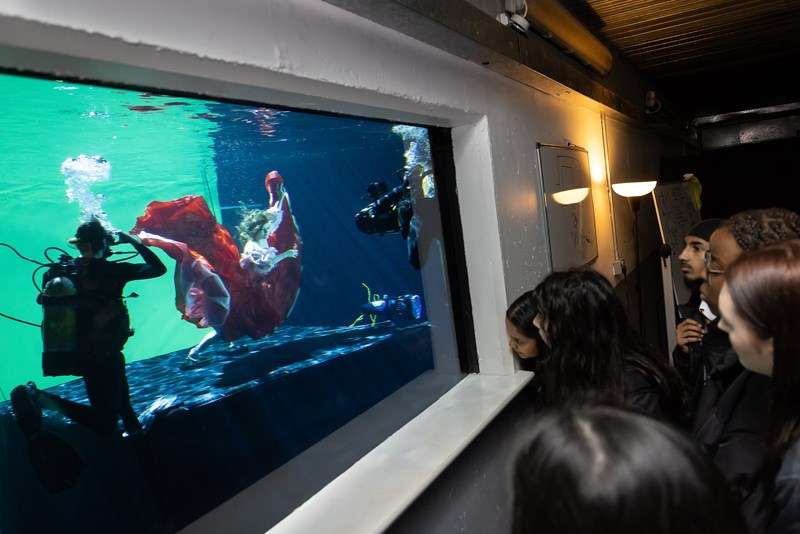 Workshops hosted by ScreenSkills in the Boardroom, Platinum Films in the Ballroom and Sony and Creative Media Skills in the Props Building encouraged creative thinking and group work and advised on routes into the industry. The Mark Milsome Foundation were based in the Sony office for the day to talk about their charity and safety on set.

Throughout the day guests were greeted by and had photos with Stormtroopers, Wookies, Droids and characters from Star Wars provided by 501st UK Garrison, Rebel Command who truly brought the ‘force’ as well as plenty of smiles to the event!