The first time that cinematographer Philippe Le Sourd (DP on The Grandmaster, 2013) AFC ASC worked with filmmaker Sofia Coppola (Lost In Translation, 2003, DP Lance Acord ASC) was to bring the 19th century opera La Traviata to the big screen. Their partnership has gone on to include the America Civil War-era, in The Beguiled (2017) and now the contemporary On The Rocks.

Le Sourd does not believe in the idea of repetition even amongst frequent collaborators because of the nature of storytelling. “For sure, The Beguiled was set in different period than On the Rocks, but for every movie you have to discover what the director is looking for. Is it a drama, comedy or science fiction? Each time you travel down a different road.” 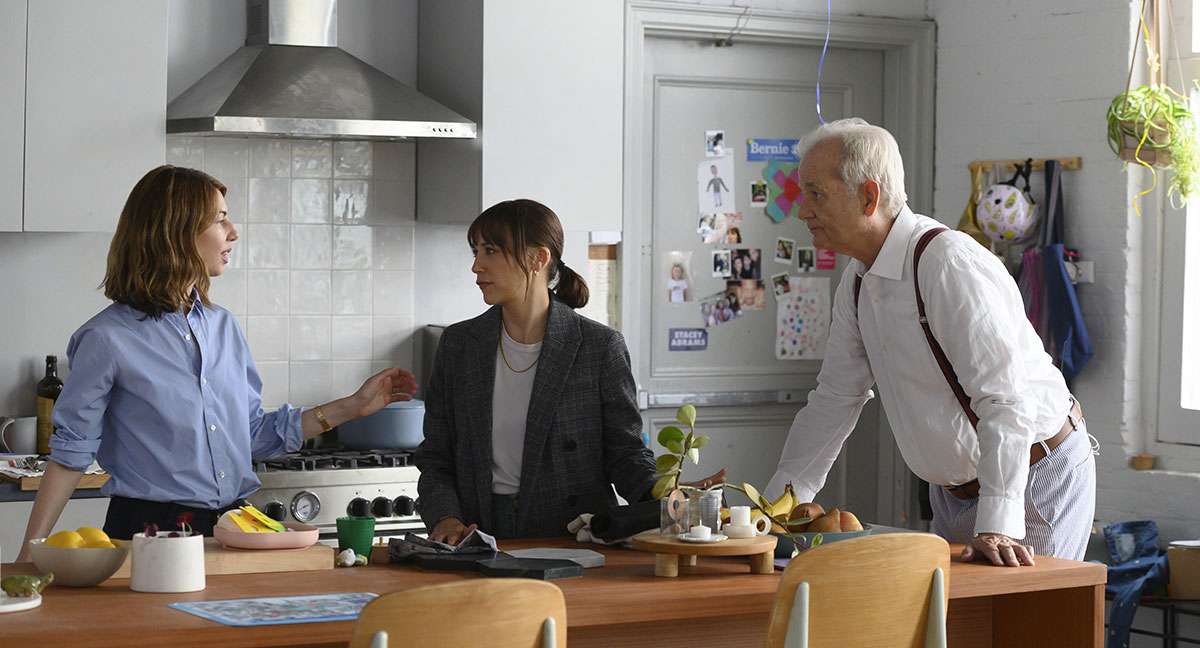 On The Rocks is the first co-production between Apple and A24. The story revolves around Laura (Rashida Jones) who suspects that her husband Dean (Marlon Wayans) is having an affair with a co-worker and seeks the advice from her playboy father Felix, played by (Bill Murray). Not surprisingly with Murray behind the wheel of the comedy drama, some mischievous escapades ensue that will make you both laugh and somewhat teary-eyed.

“Rashida and Bill are fantastic actors and have great personalities,” notes Le Sourd. “Sofia brought a warmth to set which allowed them to explore their characters. Initially, I was thinking that everything was going to be different with Bill. He improvises at the beginning and for the rest of the shoot stays on track. Bill needed to discover how Rashida was going to respond to him.” 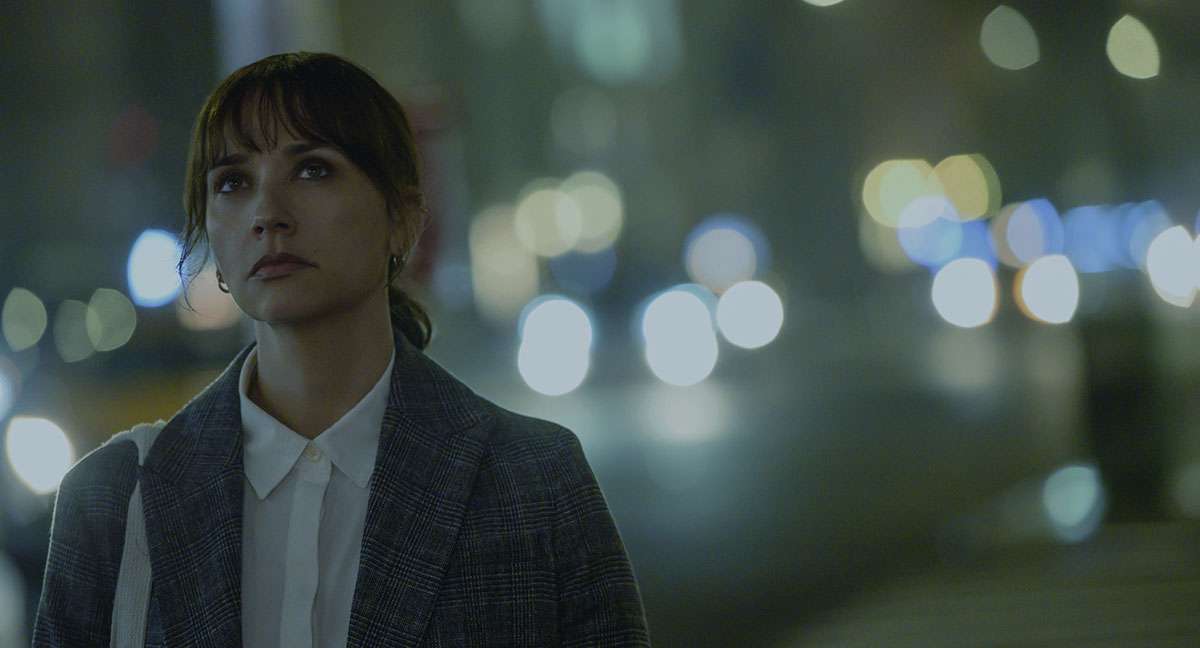 Capturing the footage on film was an easy decision for Le Sourd and Coppola, as it was their chosen medium for The Beguiled.

“I love the interpretation, challenge and surprise of film,” remarks Le Sourd, “and the question you put on yourself when in preparation, pre-lighting and shooting with it. It’s all about the visual meaning when you choose the filmstock. I would have never been able to achieve what I did on The Beguiled on digital. Shooting on film at night is more complicated – do I want to relight the street? But I can see the texture of the film, which I love and feel more comfortable with compared to digital. Sofia always wanted to shoot on film, there were no discussions about it for On The Rocks.”

“I mainly used 5219 and 5213 where possible. I did some tests at night and decided to pull the 5219 negative one stop to get more detail in the highlights and in the black,” says Le Sourd.

No time delays were encountered in the film processing as Kodak Film Lab New York handled the dailies. 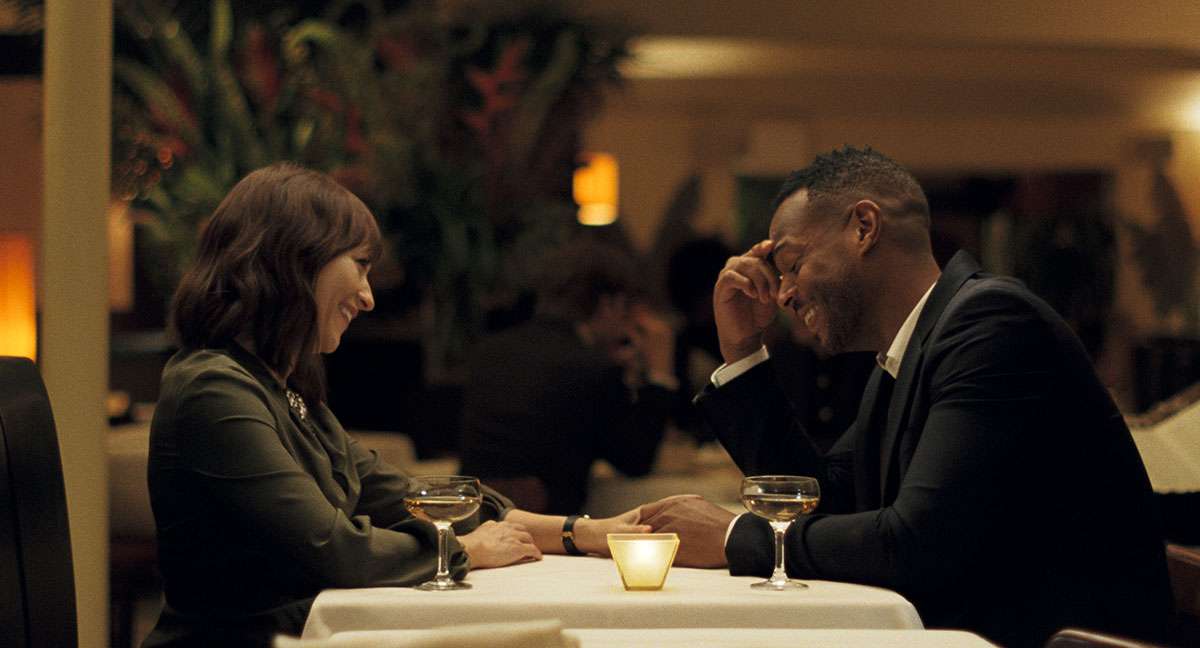 “Kodak opened a new lab in New York which was fantastic because we didn’t have to ship to Los Angeles,” states Le Sourd. “I worked with Damien van der Cruyssen at The Mill. They processed in the morning and it was scanned by the end of the day. I was able to grade the dailies on an iPad or give an indication to the colorist of how to grade them correctly.”

Further changes were made in the DI. “You can start the day with it being sunny and finish in the shade. As a result, the color temperature can change from 6000 to 7000. The beauty of DI is that it helps you to smooth everything.” Hardly any visual effects are found in the comedy drama with some being altering street signs that had corporate logos. 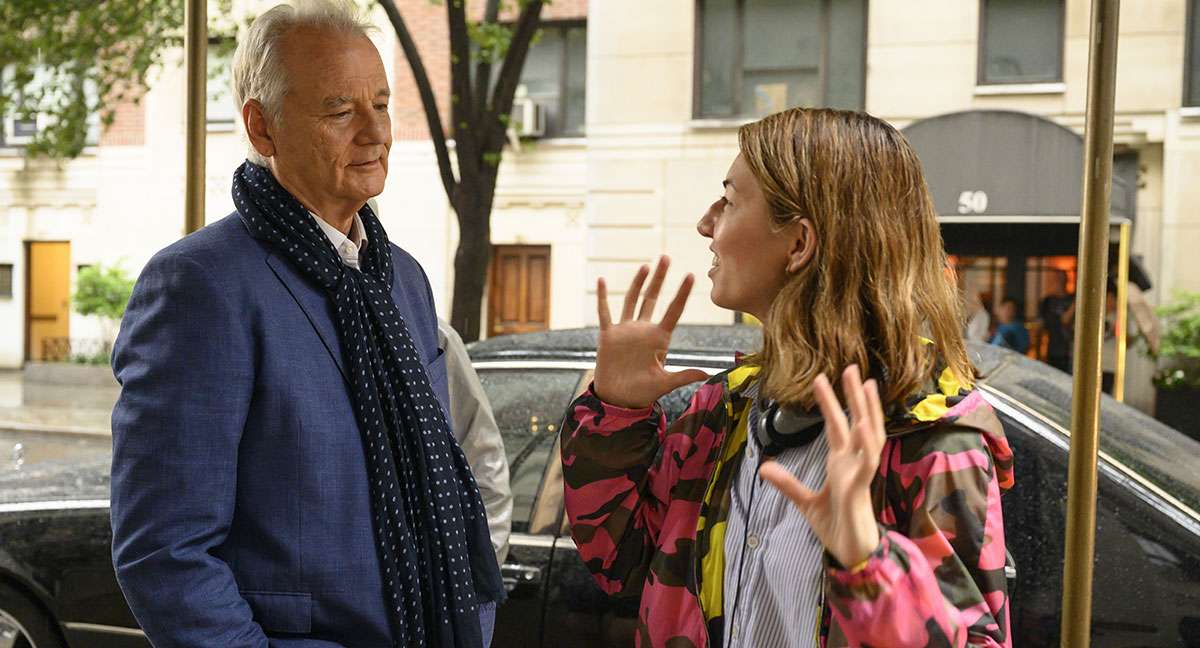 Preproduction lasted eight weeks while six and a half weeks was spent mainly in New York City as well as Mexico. “New York is a character in the film,” states Le Sourd.

“You review what has been done before and go to the best. Woody Allen is a man who loves New York. How did he shoot Manhattan (1979, DP Gordon Willis ASC)? CinemaScope and B&W. I’m not sure that I want to go down this road, so we explored something different. As a cinematographer I had to figure out what makes New York beautiful and so different.”

The desire for Coppola to capture old New York as well as municipal restrictions dictated the choice of locations. “Shooting in New York I found to be complex. The Mayor’s office gives you certain conditions for certain times to shoot at certain neighborhoods. You could shoot in Soho in June but not in July. You could shoot on this street not now but in six months time. You can’t shoot more than three days in these timeframes because they don’t want to see for weeks trucks in the same place. That makes it complicated. The choice belongs to the city where you can shoot.” 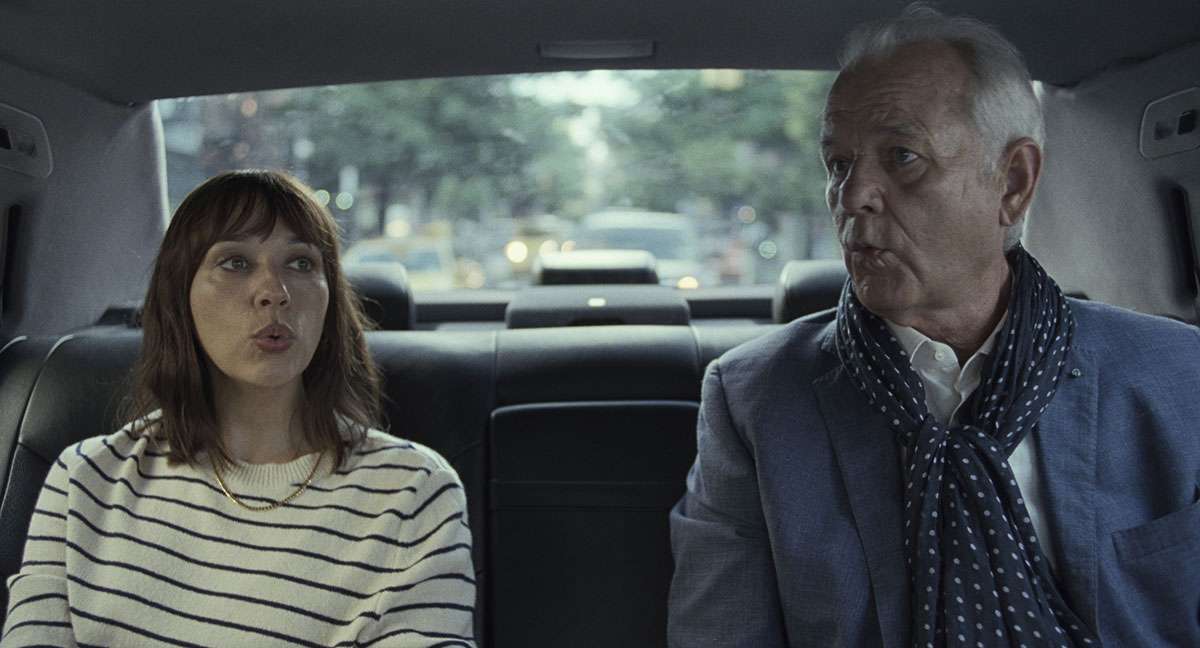 The most complex sequence to execute occurs when a convertible containing Felix and Laura pursues a taxi containing Dean as a number of logistical questions needed to be answered.
“How many blocks do you need to shoot your scene?” remarks Le Sourd. “How long can you block it? What time can you shoot it? We shot at the end of June, so the night was short at this time. We shot between 9pm and 4am.”

This was also the first time that Coppola had shot a car chase. “Roman Coppola, her brother, gave Sofia a lot of help with that,” says the DP. “Roman had a great idea to shoot with a Biscuit rig from California. We put three cameras on the car to get street shots and a few takes. Sofia doesn’t like greenscreen; she prefers to approach it for real. Bill Murray was a fantastic driver.”

Outside of the brief action moment, the rest of the dramedy is driven by dialogue. “Sofia and I spent a lot of time talking during the prep about how she felt about a scene. Sometimes she said, ‘This scene is one shot. Or I want the shot to be wide or tight.’ We decided together what she needs whether it was medium, close-up or a master and try within the timeframe to accomplish that. Also, each location gives you a different idea on how to approach the light, mood, and emotion of the scene.” 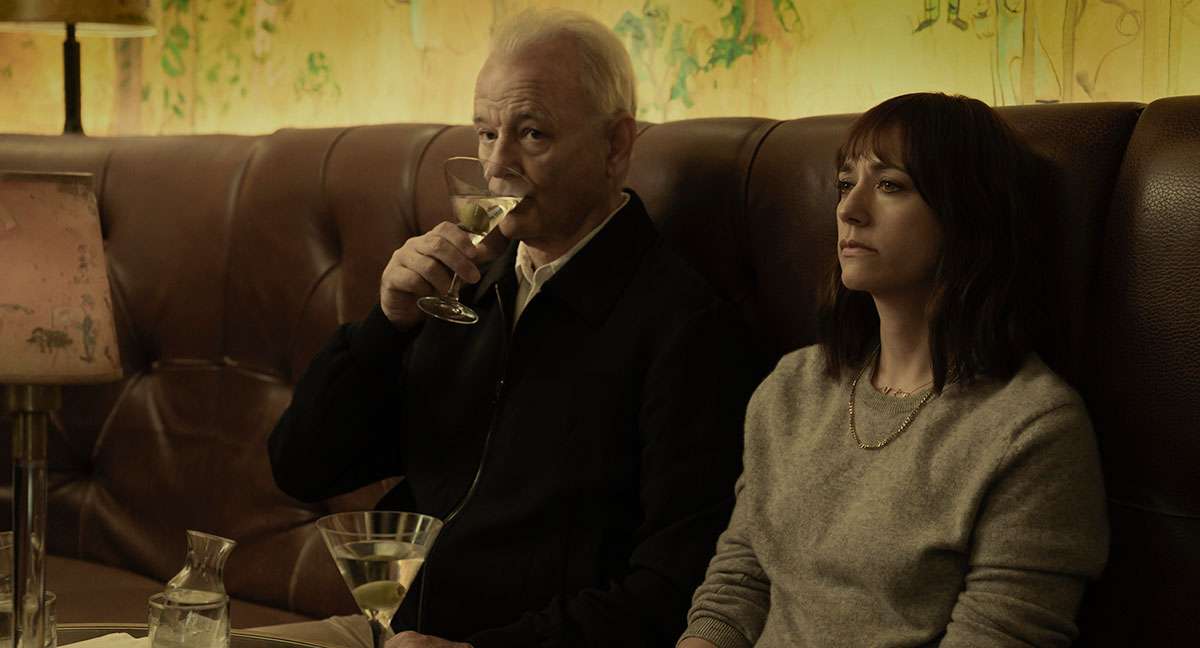 Le Sourd served as the camera operator and needed to make sure that he had a good viewfinder. “I went with an ARRICAM LT and, after a few tests, Panavision Ultra Speed MKII lenses. It depends on what type of movie you want to shoot. For Sofia, the point-of-view is from the main character of the scene. You don’t put distortion in the face of people nor shoot far away because Sofia will feel disconnected from the character. Most of time I used three lenses: 40mm, 50mm, and 75mm.”

The lighting equipment was a mixture of HMIs, LEDs and Dino lights. “Everything is a tool, so it is a matter of being efficient, quick and beautiful.” The personal preferences of Coppola were accommodated. “The question at the end is, ‘What do I want to see? Do I need a movement for that? If I do a movement, do I want to see the movement or not?’ Sofia does not like Steadicam so you have to try find solutions without it.”

In the end, the greatest cinematic asset for the production was also the most difficult one.
“The biggest challenge was the amount of time and shooting in New York,” states Le Sourd who was supported by gaffer Jack Coffen, key grips Ted Lehane, AC Rick Gioa, and film loader Jordan Levie. 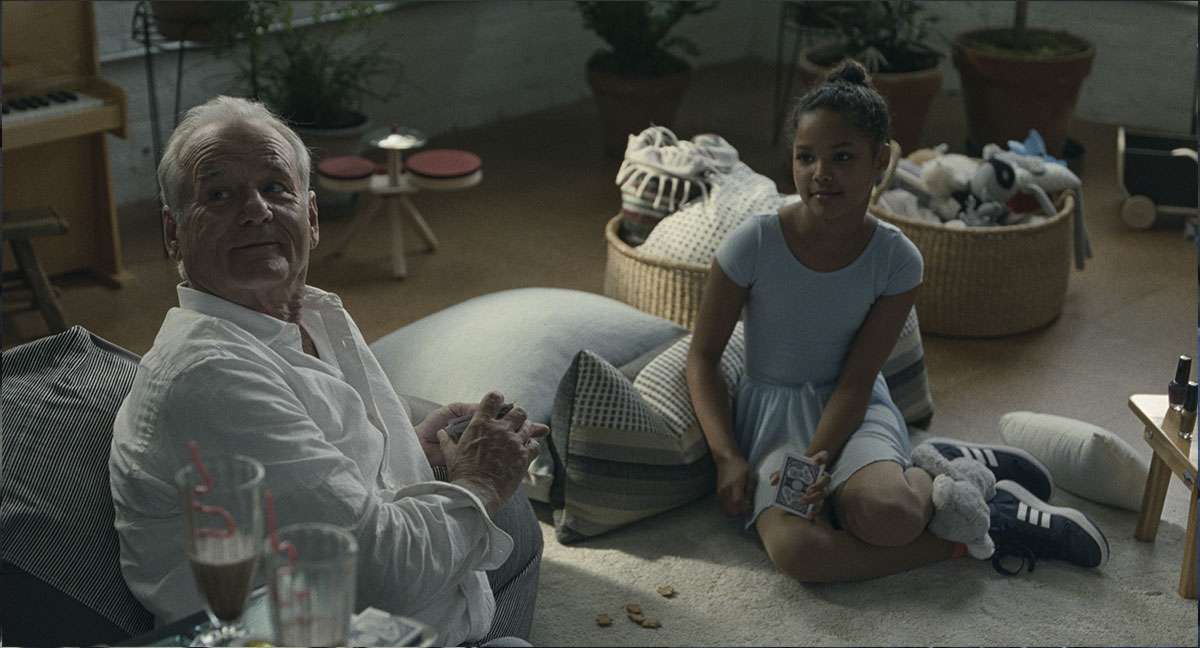 A quiet scene when Laura is struggling to write a book is a personal favorite. “I love the moment when the main character is working alone in the middle of New York.”

Le Sourd enjoys working with writer-directors such as Coppola as she has a clear vision. “Sofia wrote the script two or three years ago, so it’s something that has been deep inside of her for a long time.”

Over the course of his career, the French cinematographer has worked Ridley Scott (A Good Year, 2006), Wong Kar-wai (The Grandmaster, 2013), Bernardo Bertolucci (Stealing Beauty, 1996 as focus puller), and the filmmaking duo of Marc Caro and Jean-Pierre Jeunet (Delicatessen, 1991 as 2nd AC). “The beauty of this film industry is that every director has a different vision of how to work.”

Thanks to Kodak for sharing