When a man walks into a bar near the start of On My Mind, a short film by director Martin Strange-Hansen, it’s the setup not for a punch line but for a story about love and loss — and less conventionally, the cathartic powers of karaoke. Shot in Denmark during a period of heavy coronavirus restrictions and post produced using DaVinci Resolve, the bittersweet tale mixes memoir and fiction, and is nominated for an Academy Award in the Best Short Film (Live Action) category.

“Everything we did is about storytelling,” says Thomas Engell, who oversaw post production at Sound of Sunrise in Copenhagen. “When you have just 18 minutes, you can’t leave any stone unturned to deliver the most potent story and characters.”

When the pandemic temporarily shut down local film production in 2020, Strange-Hansen began to write the script for On My Mind. With restrictions relaxed in April 2021, filming commenced on location in Denmark featuring actors Rasmus Hammerich and Camilla Bendix. The other keys on the project were director of photography Ian Hansen, sound mixer Finn Markwardt and composer Sune Kolster. 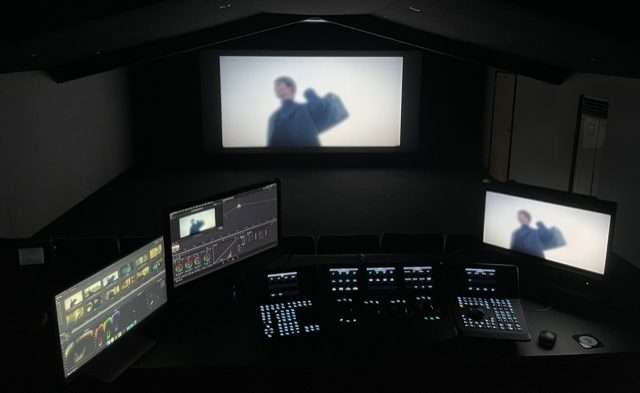 “This was a passion project for all of us,” explains Engell. “We all believed in Martin and in the script, and worked pro bono to make it happen, especially after we’d all been out of work for many weeks.”

On My Mind marks Strange-Hansen’s second trip to the Oscars after winning the top prize for the short comedy This Charming Man in 2003.

The ultra low budget and tight Covid rules around the set necessitated a skeleton cast and crew for On My Mind and a creative workflow that called on all Engell’s experience as an editor, as well as his skills in VFX, grading and audio.

“For this project, I had to work like a hermit away from production and without an edit assistant. On the plus side, I had the multi-faceted power of DaVinci Resolve at my fingertips.”

Engell also teaches film technique and says his creativity would hit a wall without a rounded understanding of the technical process. “I want things to fly,” he says. “The tools within Resolve for editing, grading, VFX and audio are so intertwined that it makes storytelling so much quicker and more intuitive.”

In pre production, Hansen supplied Engell with tests shot on the Canon EOS C200 MK II to explore the particular characteristics of the sensor, such as how it can blend skin tones and the effect of different exposures. Having this specific ‘fingerprint’ of the sensor helped him prepare the grade and advise on lighting choices. 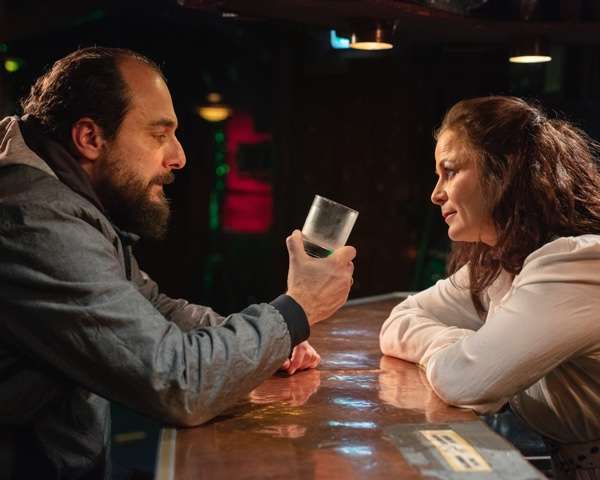 Footage was acquired in 4K RAW (12bit), enabling Engell to pull as much information as he needed out of the shadows of the bar’s dark atmospheric setting.

“Working with RAW is a luxury because you have an abundance of data and colour information,” he says. “There was no need to shoot with a LUT since its accuracy will never match the full dynamic range that software is capable of retrieving.”

Over multiple collaborations, the director and editor have developed a creative shorthand, one of which is to allow the actors freedom to interpret their characters on set, as if they were performing in theatre. Engell is then able to work with different takes to further enhance performance.

“Using digital cloning techniques, I can use one take of an actor and blend it into another shot if that helps improve the story or the performance. I might alter the timing of a shot by a couple of frames and in doing so it subtly changes our perception of a character. These techniques are not new but tools like Resolve’s OpenFX, make it far easier to do.” 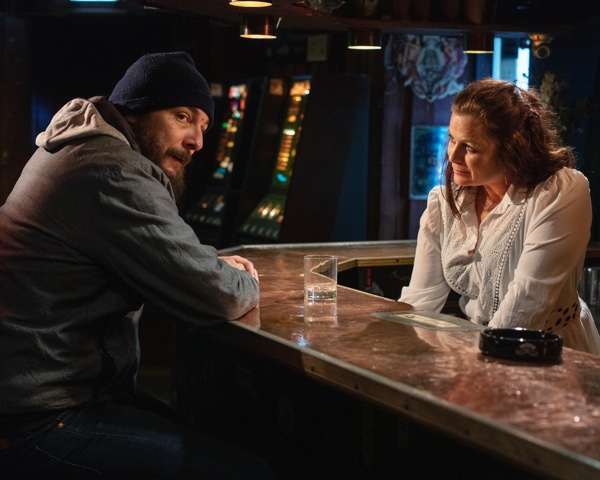 Similarly, Engell uses colour and light in the grading process to enhance a scene’s composition. “We are trying to focus the audience’s attention on what is important in a frame. Provided it makes narrative sense, I will apply masks and flags in Fusion and add or subtract light in the grade, and then create a mosaic on faces which changes with their movements. This is something you can only do in RAW since 10-bit files don’t have enough information.”

He set up a full resolution real time editing workflow with no need for proxies and graded in ACES to P3 and Rec709. “Colour grading is like detailed audio manipulation. I am used to accessing different levels of the sound recording, manipulating different pitch curves, and with Resolve I can have as many zones as I want to finesse the colour.”

Resolve’s OpenFX and Fusion were used extensively on the short film for visual effects. Engell fixed smaller issues such as image clean up and object removal using advanced tools within the colour corrector. Additionally, he used Fusion’s planar tracking for screen replacements of text and graphics on the karaoke machine.

The film’s sound design was also advanced for such a small production. Having decided to use performance recordings from the set and not to dub anything, the actors were fitted with radio mics and Hammerich had an ear piece to hear the classic song he was performing. Sound was simultaneously recorded via booms, additional radio mics and from the Karaoke machine’s playback system giving Engell multitrack options for preliminary sound design within Fairlight. 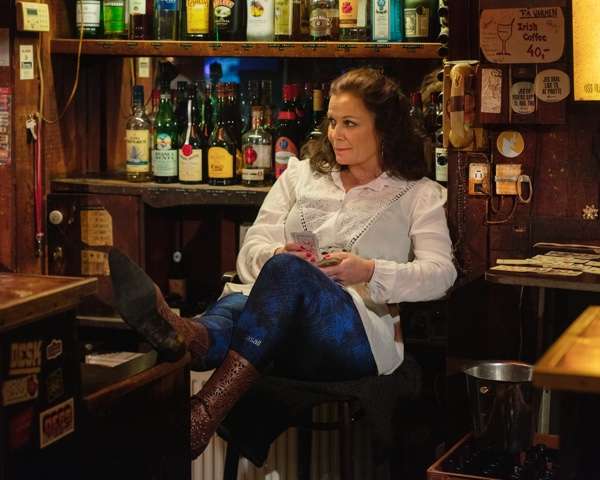 “I selected when to use echo and applied some re-amping so that every time the camera angle changes, the audience should feel the sound from the Karaoke change too. Doing advanced creative sound design as part of the edit also enabled Martin to get a better feel for what was working.”

The completed timeline, including all music and audio inputs/outputs, was exported to ProTools for Markwardt’s final mix along with associated source metadata from within Fairlight’s Edit Index.

“Edit Index is one of the most powerful features of Fairlight because it saves so much time identifying exact files for the audio edit,” Engell says.

After post producing the film remotely from each other under Covid, the team will reunite to walk the red carpet in Los Angeles on Oscar night.

“We are such a small team compared to almost everyone else, it’s like a group of friends going on a picnic,” Engell jokes.