Nice Shoes provided colour grading and editorial finishing services for Keep Sweet: Pray and Obey, Netflix’s four-part documentary series about the Fundamentalist Church of Jesus Christ of Latter-Day Saints (FLDS) and its self-proclaimed prophet, Warren Jeffs. Directed by Rachel Dretzin and produced and co-directed by Grace McNally, the series explores, in shocking detail, the FLDS’s decades of practicing polygamy, forced underage marriage and pregnancy, and the events that led to Jeffs’ 2011 life sentence. The series was on Netflix’s global Top 10 English TV list for 2 weeks, reaching #6 in its first week. The series was also in the Top 10 in TV in 29 countries.

Colourist Marcy Robinson collaborated with Dretzin and McNally, as well as cinematographer Justin Zweifach in finalising the look of the series. “Marcy was, hands down, the best colourist I’ve ever worked with as a director,” says Dretzin. “She is passionate, engaged, imaginative, driven to get it right.” 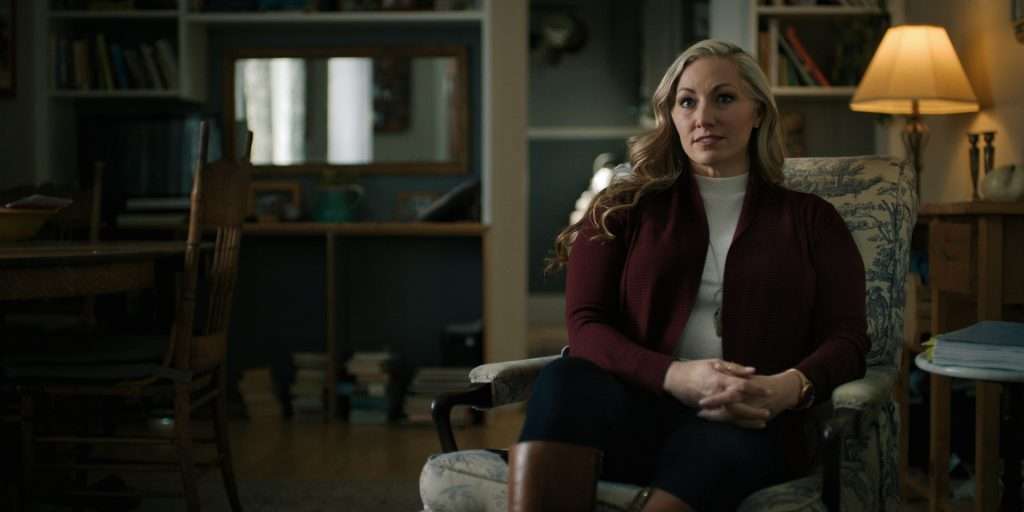 “Marcy is not only a technical talent but a creative mind and a kind heart,” agrees McNally. “Putting our work in her hands was collaborative, fun, and the results were beautiful.”

Interview segments involved former and current FLDS members, law enforcement personnel, lawyers, journalists and many others, and were shot in varying locations and under divergent circumstances. Among the most compelling are the first-hand accounts of rape and abuse from survivors of the cult-like church. “Keep Sweet presents a very complex story, dramatically and narratively,” says Zweifach. “Its components included 4K production footage, Super 8 recreations, decades-old home video, newscasts and a variety of other media. To tell our story, we needed all that material to harmonise. Marcy and the rest of the Nice Shoes team were invaluable in making that happen.”

Robinson says that interview segments required a distinctive colour treatment. “The interviews were incredible,” she recalls. “The colour on those is quite strong at times in keeping with the depth, darkness and intention with which Justin shot them. The material is intense, and we wanted to present it that way. It’s not always meant to be at its ‘prettiest.’”

Robinson faced some challenges in integrating old video material, news clips, photographs and other imagery, some dating to the 1970s. “In documentaries, the goal is often to create continuity by giving everything a more consistent look,” she explains. “In this case, the filmmakers wanted to retain the look and character of the original media. As a result, ‘continuity’ often came from actually accentuating the differences inherent to the varying sources. The results are very cool.”

Among the interesting aspects of the series, narratively and visually, are dramatic recreations of real-life events shot by Zweifach on Super 8mm film. “They are so much more sophisticated and satisfying than other recreations might be. It was a great example of Justin’s outside-of-the-box thinking, requiring lots of care and thoughtfulness,” says Robinson. “They added so much to the experience and were beautifully executed.”

Robinson, whose documentary credits include the features Baby God, The Truffle Hunters and Bad Hombres, was grateful for the opportunity to bring Keep Sweet to the screen. “I was very moved by the story, and especially the young women who overcame years of indoctrination and summoned the courage to break free, often at the cost of leaving their families, even their children behind,” she says, “I loved working with Rachel, Grace and Justin. They are each incredibly astute and talented.”

Keep Sweet: Pray and Obey is now available on Netflix.