ARRI announces the establishment of the ARRI Solutions Group. With this new organisational unit, the company, known for the manufacturing and rental of camera and lighting systems, lenses and accessories, expands its offering of holistic solutions for the global film and television industry. The ARRI Solutions Group is focused on the design and engineering of customised production infrastructures, including innovative mixed-reality environments, state-of-the-art TV studios, and other ultra-modern solutions. Customers benefit from an international team of experienced engineers and project managers in combination with ARRI products, highly regarded for their high quality and user-friendliness, and a worldwide network. This is because ARRI works with specialised industry partners, depending on the region, project and scope of services required.

“ARRI has long since ceased to be solely a hardware manufacturer. Whether consulting, configuration, or turnkey installation: The experts of the ARRI Solutions Group design precisely the solutions our cine and broadcast clients need. Thereby, coordination and good cooperation with companies offering other products and services are also very important to us,” explains Stephan Schenk, general manager global sales & solutions at ARRI. 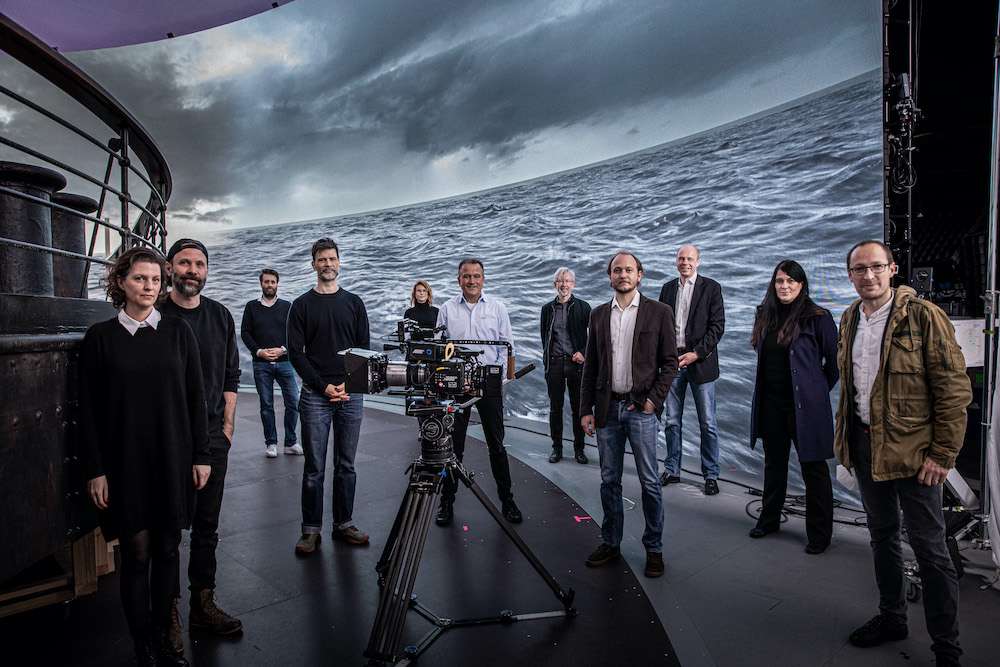 One of the ARRI Solutions Group’s first mixed reality reference projects is the recently operational DARK BAY Virtual Production Studio in Babelsberg near Berlin. At one of Europe’s largest permanent LED studio for virtual film productions, the ARRI Solutions Group was responsible for the overall technical planning as well as the coordination of the installation of all components. To achieve the highest production quality, client and partner, in close collaboration, combined state-of-the-art hardware with engineering performance to create an innovative overall system. For this landmark project, ARRI’s three business units—Camera Systems, Lighting, Rental—worked together intensively under the project management and coordination of the ARRI Solutions Group.

“In spring 2021, we built our high-end LED studio in a record time of three months on the premises Studio Babelsberg AG. The team from the ARRI Solutions Group, one of the few vertically integrated service providers with a spectrum of knowledge that spans LED, light, camera, and data technology, was commissioned with the overall planning,” explains Philipp Klausing, managing director of DARK BAY GmbH and producer of 1899. “The balanced inclusion of the needs from the specialist departments of direction, camera, lighting, and VFX were indispensable for us to guarantee a satisfactory recording result in the studio. The high level of bundling competence that the ARRI Group offers in its entirety was a main factor in guaranteeing the studio be assembled and delivered in this quality.”

Currently, filming is taking place in the DARK BAY for the Netflix production “1899,” the new series from the makers of Dark Jantje Friese and Baran bo Odar. The actors are being filmed in front of 55 meter-long and seven meter-high, bent at 270°, LED wall with the ARRI ALEXA Mini LF camera and ARRI Rental lenses, created exclusively for 1899. The LED wall is complemented by 70 SkyPanels from ARRI, combining to interactively illuminate the volume.

With the establishment of global technology partnerships and regional mixed reality testing environments, ARRI is driving the development of innovative products, workflows, and solutions forward. In Uxbridge, near London, ARRI and ARRI Rental will open a mixed reality studio in June 2021 that will be used for commercial and demonstration purposes. Additional test and demo stages are operated by ARRI in Burbank, near Los Angeles, as well as in Munich. More mixed reality studio projects are in the pipeline. As a shareholder of Volucap, the first volumetric studio on the European mainland in Babelsberg, ARRI has worked on the further development of recording techniques for virtual reality and augmented reality since the studio’s opening in 2018.

Camera and lighting systems, as well as accessories from ARRI, have already been used in a wide range of professional mixed reality film productions, including The Mandalorian (Walt Disney). 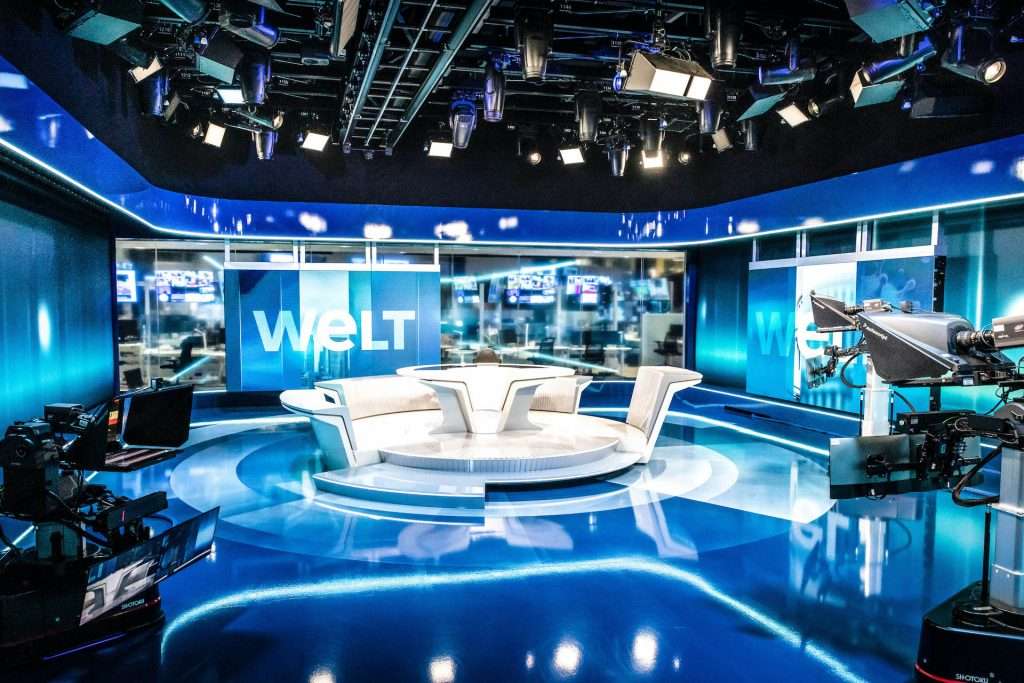 photo: WeltN24 GmbH/Anne Hufnagl
The state-of-the-art TV studios of WELT have been fully equipped by ARRI with IP based lighting technology

With the establishment of the ARRI Solutions Group, an organisational realignment of the Berlin-based ARRI System Group, which previously specialised in broadcast and lighting solutions, took place. This division, with expanded responsibility, falls under the new, common name of the ARRI Solutions Group and now also offers its solutions and expertise, including consulting, planning, visualisation, design, implementation, and training for the cine market. In the future, camera systems such as AMIRA Live will be considered in addition to lighting systems such as SkyPanel and Orbiter.

Most recently, among other projects, the team equipped two state-of-the-art TV studios for WeltN24 in the new Axel Springer building in Berlin. The two news studios of the broadcaster WELT are the first broadcast studios ever to be equipped exclusively with Ethernet/IP-based lighting technology, right down to the spotlights. In combination with other luminaires, 100 SkyPanels from ARRI provide a highly flexible lighting design.

“ARRI, with its high level of expertise and international experience, has made a significant contribution to the fact that we will be using one of the world’s most innovative lighting system solutions in our television studios,” explains Thorsten Prohm, chief technical officer at WeltN24. “With great commitment, we were able to develop workflows together as a team that meet our special requirements as a news broadcaster while, at the same time, optimising the budget. The product management, including implementation and installation, was carried out at an extremely high level.”

In the wake of the coronavirus pandemic, ARRI developed another holistic approach that is now being continued under the umbrella of the ARRI Solutions Group: the ARRI Remote Solutions for safe film productions of the highest standard. With a system of networked, remotely controllable ARRI cameras, lights, remote heads, and accessories, ARRI Remote Solutions allow workflows with safe distance between performers and crew and between the crew members themselves—without compromising operational and creative control.

“In all of these applications, there are regionally specific customer requirements; even the local partner companies are often different. At ARRI, with our Solutions Group, we strive to find the best individual solutions in the interests of our clients,” summarizes Stephan Schenk.