Narrated by Woody Harrelson, Kiss The Ground sheds light on a new approach to farming called “regenerative agriculture,” which has the potential to balance our climate, replenish our vast water supplies and feed the world.

Filmmakers Josh and Rebecca Tickell were no strangers to environmental topics, having made 14 films on the subject and having been involved in climate change activism over the years.

“Honestly, after two decades of doing this work, we felt like we were hitting a wall with the global climate conversation,” says Josh Tickell. “It was clear to us that we had lots of data on the problem, but very little actionable data on the solution.” 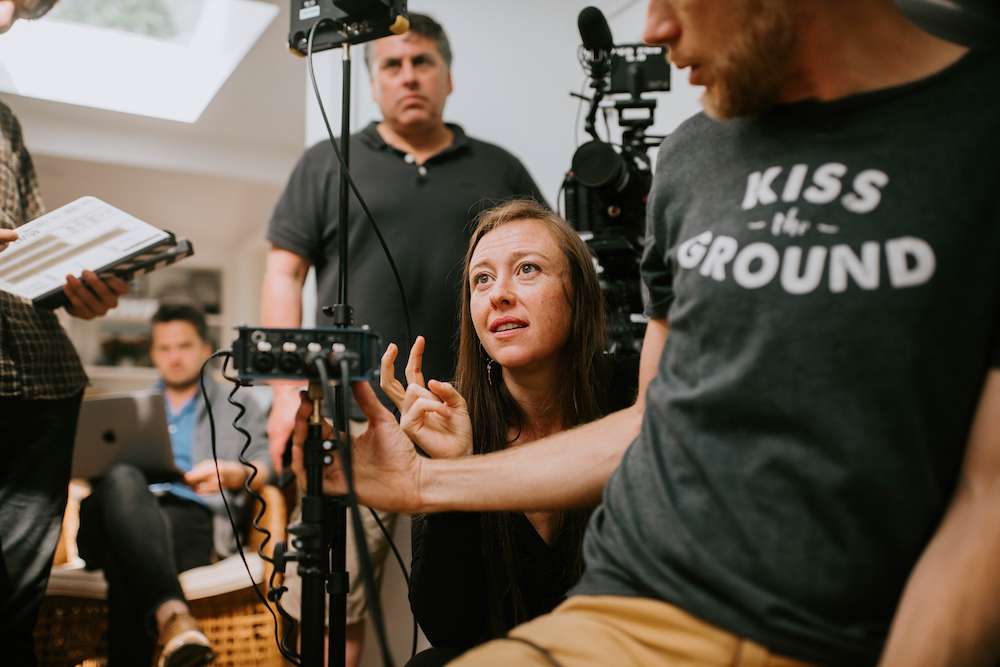 Soon their friends started trying to convince them that their next movie should be about soil. “Once we saw the data of how much carbon soil can hold, we were convinced. And so began a seven year journey to make this movie,” he adds.

The true challenge of the film was to capture, over a number of years, numerous interviews and footage from around the world, whilst also incorporating various third party footage, animations and visual effects, all of which needed to integrate coherently together.

“We were committed to having a very cinematic experience with the film,” says Tickell. “It’s tough to do on a tight budget and we knew a lot would come down to post and colour. Thankfully DaVinci Resolve Studio was instrumental in giving everything the consistency it deserved.”

With many versions of the film forming throughout the years, the team used their editing package to maintain a current look using existing colour tools.

“In many ways the temporary colour would have been sufficient if we wanted to deliver a good documentary, but it was not sufficient for a great documentary,” he remarks.

Once the film reached a final cut, the massive job of reconforming in DaVinci Resolve Studio began.

“Going back to the original master footage was brutal as we had been slowly adjusting the film’s look for seven years. Suddenly, we had to start from scratch. But Resolve gave us very deep control over the movie’s look.”

Unlike narrative projects, where the film is typically locked within a certain time frame, Kiss the Ground was an open book for years. Josh and Rebecca Tickell brought in long time collaborator and colour pipeline specialist Darius Fisher with Digital Neural Axis (DNA) to help manage the complexities.

“Over the years we had many different versions we hoped at the time were close to a final locked rough cut,” said Fisher. “We actually did many mini online sessions along the way, taking shots into Resolve and working on colour, so that finally when we actually started finishing and colouring a locked cut, we were already in the zone.”

Fisher’s team worked throughout the process, taking clips into DaVinci Resolve Studio for speed changes or frame rate adjustments, but finally with a locked cut, they faced a true deadline, and with that delivery requirements for Netflix. The team moved the conform to FotoKem and colourist Phil Beckner, where they began the process of finishing the film. 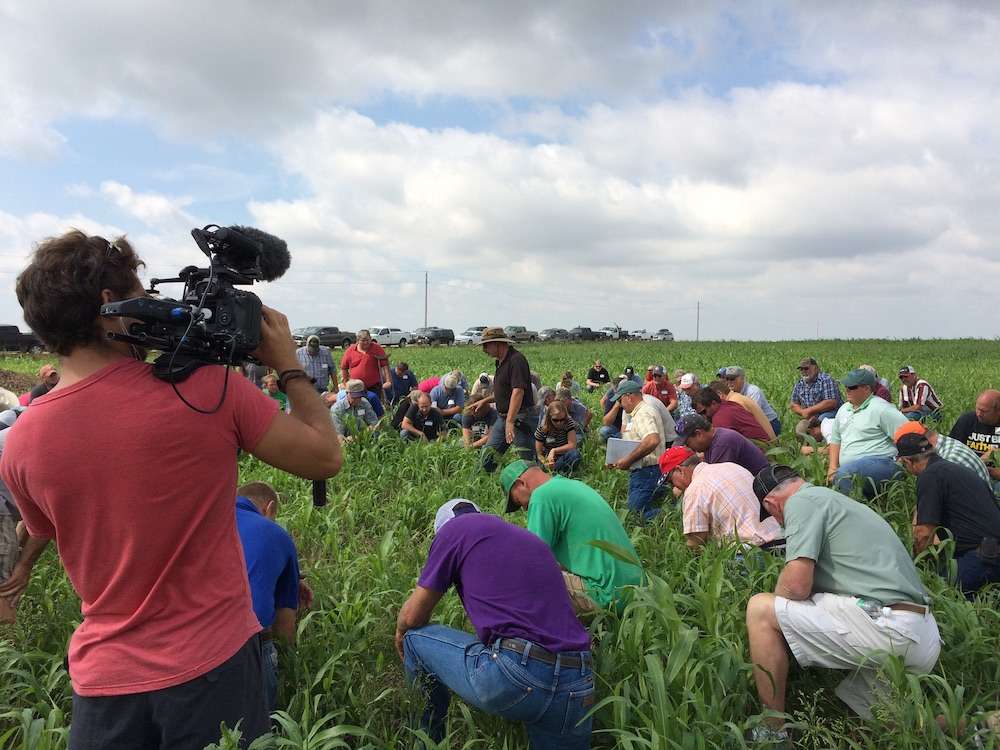 The goal for the final look was always to represent reality, without augmenting the imagery in a way that felt disingenuous.

“Our main goal was to bring out the best in every single shot in the movie,” said Beckner,“but also to have it feel natural and representative of the subject matter.

“For instance, when a rancher in the film is comparing his farm with his neighbours, it is important to accurately represent the colour of the grass, the colour of the dirt so the viewer can really get a sense of the reality of the situation. If we were to go with too heavy of a ‘look’ in these cases, the ultimate message of the movie could suffer.”

Though the edit was locked when they conformed in DaVinci Resolve, Fisher was grateful for the powerful editing tools within the package, which helped them quickly adapt to changing clips even during final colour. “Truth be told, we were not fully picture locked, so there was a fair amount of editorial we did in Resolve as we did scores of footage replacements due to licensing issues.”

With continual clip changes, final animations and VFX shots still coming in, it was a race to the finish to complete. Both Fisher and Beckner found the powerful tools in DaVinci Resolve helpful in achieving the right look while working quickly at the end. Fisher appreciated the Super Scale tool within the Edit page, which was used extensively on various clips that came in at lower resolution.

“I found this tool to be enormously useful in producing great results for upscaling, sharpening and noise reduction.” Beckner used the Color Space Transform OFX plugin as well as grain management tools. Both appreciated Resolve’s ability to manage multiple frame rates and file formats as they worked hard to deliver a full Ultra HD delivery for Netflix.

For Josh and Rebecca Tickell, their goal was consistency in image throughout the film, something the Netflix specs encourage, and the filmmakers insisted on themselves. 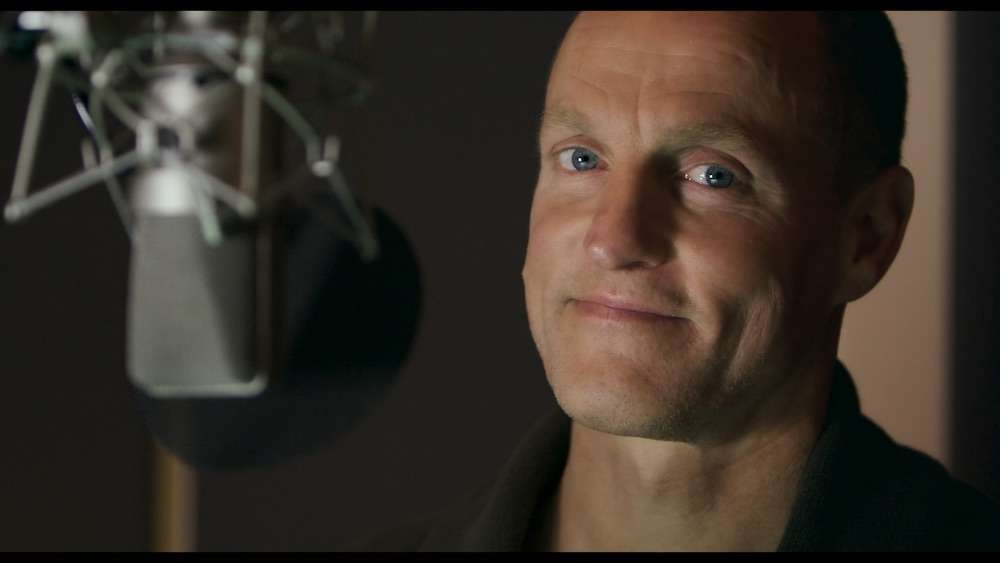 “Netflix has done an amazing job of being able to serve a consistent look across thousands of types of screens. In that sense, they really have created the gold standard for what a film looks like in the digital world. I think where DaVinci Resolve Studio really came in most useful is being able to see an image that was very, very close to what it would look like once the IMF was ingested at Netflix and shared with the world.”

Fisher and the filmmaking team appreciated that Resolve was equally accessible at their editorial bay as well as in final colour, enabling them to work together, simply by sending .drp files back and forth.

“Naturally, Phil and the team at FotoKem took the film’s look to an even higher level. but when I see the film now on Netflix, it’s exactly what we were going for. It was a tough process for a tiny studio to deliver a documentary like this to a major studio in 4K, but we did it. There’s no way we could have made that happen without DaVinci Resolve Studio.”