Some reviewers have declared that Empire Of Light is director Sam Mendes’ best film to date, with its tender look at love, life and mental health, not to mention the joy of cinema-going, all delivered with considerable sensitivity and on-screen panache by cinematographer Sir Roger Deakins CBE BSC ASC. 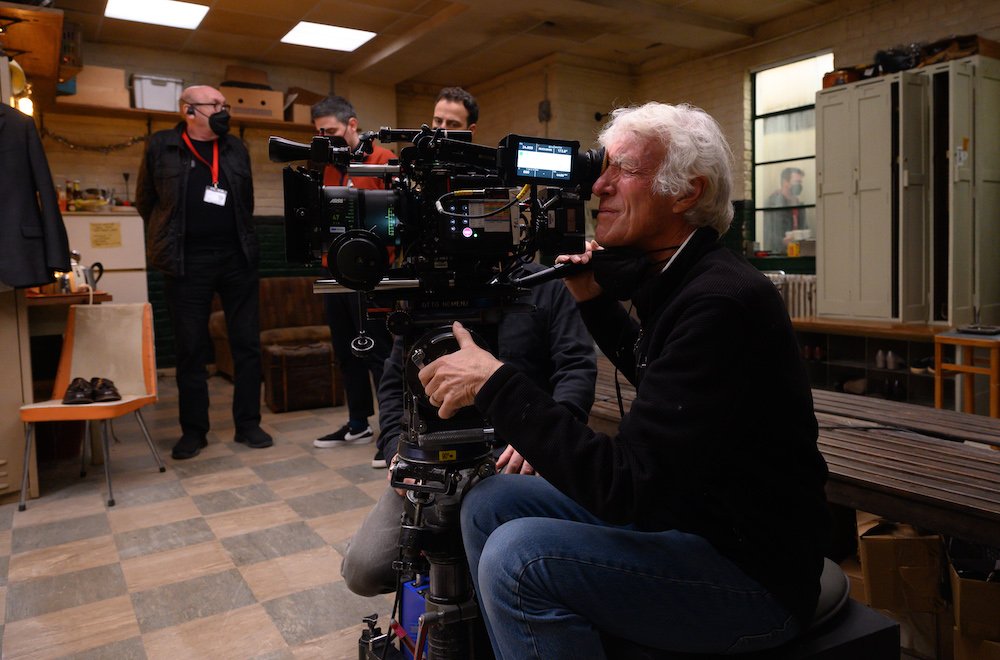 Whether this film represents Deakins’ best work is hard, impossible actually, to say, with him being the visual author of an almighty canon of breath-taking cinematographic work down the decades. But it surely must rank towards the very top of the list, and is yet another exquisite example of a maestro at the height of their visual storytelling powers.

Set in an English seaside town in the early 1980s, when racist nationalism gripped the country at the dawn of Margaret Thatcher’s era as Prime Minister, the film is a powerful and poignant story about human connection and the magic of cinema.

Hilary (Olivia Colman), a withdrawn singleton and the duty manager at The Empire, an art-deco movie palace on the Margate seafront, is dedicated to her job of selling tickets, serving sweets and cleaning the auditorium.

However, a toxic relationship with her libidinous, married boss, Mr Ellis (Colin Firth), leads her to slide towards depression, until a new employee arrives in the shape of Stephen (Michael Ward), a young black man who radiates kindness, and aspires to be an architect.

Hilary forms an instant and uplifting connection with Stephen, and although their relationship blossoms into a full-blown, but furtive, romance, past sadnesses in Hilary’s life bubble to the surface and she loses grip on her mental well-being. When Norman (Toby Jones), The Empire’s amiable projectionist, declares, “Nothing happens without the light”, and laces-up a print of Being There (1979, dir. Hal Ashby, DP Caleb Deschanel ASC), starring Peter Sellers, Hilary receives a powerful message about healing herself.

“When Sam sent this script, James, my wife, and I were expecting something totally different,” says Deakins, who previously collaborated with Mendes on Jarhead (2005), Revolutionary Road (2008), 007 Skyfall (2012) and 1917 (2019) – the latter of which won Deakins his second Best Cinematography Oscar following his first win for Blade Runner 2049 (2017, dir. Denis Villeneuve). James Deakins, is credited as associate producer on Empire Of Light, which saw her oversee the efficient running of the production-to-post workflow, daily communication between the camera, lighting and grip teams, and forward-planning of the shooting schedule.

“I read Empire Of Light, much like I’d read a novel, but, as always, I didn’t really think about the cinematography at all during that early stage. It was more about how I related to the story,” says Sir Roger. “It was interesting because I grew-up around the seaside town of Torquay, in Devon and, although that was in the 1960s, there were cinemas, nightclubs, bikers and fights. I remember getting roughed-up by some sailors that came to town one weekend.

“Also, I shot documentaries for many years during the early part of my career. The last two I worked on, with my friend Jon Sanders, were both about mental health and schizophrenia, where we followed patients through their treatment at a major hospital in southwest London. I very much related to that element of the story, and all-in-all Empire Of Light was something that seemed very connected to different parts of my life.”

Deakins says no particular film references came into the thinking about the overall look of the film, although the colour stills work of Belgian photographer Harry Gruyaert proved a useful talking point when it came to considering the warmth of colour in the cinema lobby and the views on the promenade outside.

Filming began on 7th February 2022 in Margate, on the Isle of Thanet, Kent, before wrapping some 58 shooting days later on May 27th. Falling under the auspices of production designee Mark Tildesley, the exisiting Dreamland Cinema, on the town’s seafront, became the exterior for The Empire, with great care taken to remove large Dreamland signs and replace them with Empire neon signage and lighting appropriate to the period. The Empire’s lobby was constructed as a separate set on an empty lot overlooking the seafront a few yards along from from the main Deamland building. A local bingo hall was stripped and dressed to recreate the main cinema screen inside The Empire, whilst the dilapidated ballroom, which features in the film, was a separate exisiting location, specially-dressed to give a hint of past glories. More modern artficats, such as streetlights and some buildings, had to be removed later in post production.

The production also travelled to Camber Sands, a broad stretch of beach on the south coast of East Sussex, where one of the movie’s most heart-rending scenes between Hilary and Stephen was shot. 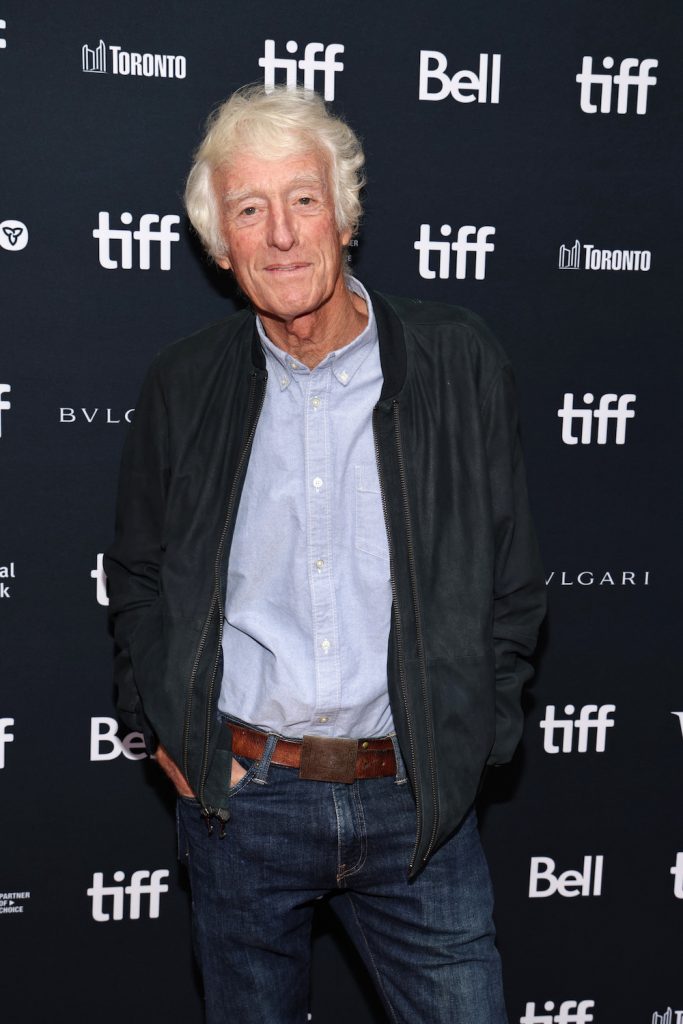 “We wanted a beautiful sunny day for that sequence, and we got one,” Deakins recalls. “But it was incredibly windy and enormously cold. So it wasn’t the ideal weather. We also needed a completely clear beach, which meant the location managers having to keep local dog walkers away. But when we came to shoot, the way the wind blew the seagrass on the dunes, and with the wide stretch of sea in the background, it looked good on-camera, and it turned out all-right.”

Deakins went with the same camera and lens combination that he had utilised on 1917, namely the ARRI LF Mini and Signature Primes, supplied by ARRI Rental in London.

As he explains, “Sam was very happy with the image-quality of the Mini LF and Signature Primes on 1917, which we had tested extensively for that film. Also, as with 1917, we needed a small camera package that we could use in different situations – not just physically-tight locations, but also in conjunction with equipment, like the ARRI Maxima QL stabilised camera gimbal, for moves where we wanted to follow characters around the town or inside the cinema.

“I like the clarity of the Signature Primes, and don’t consider them too sharp a combination with the Alexa Mini LF. If I want to soften the image, I do it by lighting or exposure on-set. I have never liked to use filtration, and don’t recall having used a diffusion filter for many, many years.”

As for the deployment of LUTs, Deakins confides, “I used the same LUT that I have been using since I started shooting digitally, the one I originally developed at EFILM for In Time (2011, dir. Andrew Nichol). I have adjusted and adapted it for films such as Skyfall, Prisoners (2013, dir. Denis Villeneuve), and 1917, but I really don’t like manipulating the image too much in-camera, and I didn’t manipulate my LUT at all for Empire Of Light. Also, I don’t change LUTs from scene-to-scene, or location-to-location. I just use one.”

Deakins operated the camera during production and says he enjoyed working with an enthusiastic crew. Pulling-focus as his 1st AC was Andy Harris, with whom Deakins has worked regularly since shooting Fargo (1996, dirs. Joel & Ethan Coen). Gary Hymns was key grip, and the DIT was Mustafa Tyebkhan.

Deakins says he did not do any image-correction or colour timing on-set, other than perhaps adjusting the contrast. However, collaborating with his wife, James, notes were sent to James Slattery at Company 3, who worked on the film as both dailies and finishing colourist.

“Having the same person doing the dailies and the final grade is a great way to work, because when you get to the final DI there’s already a familiarity with the content, and no need to explain your intentions again,” he says.

Empire Of Light saw Deakins work once more with gaffer John Higgins, known affectionately to many as ‘Biggles’. The pair have known one another since working together on 1984 (1984, dir. Michael Radford), more lately on 1917. The lighting package for Empire Of Light was supplied by Panalux. 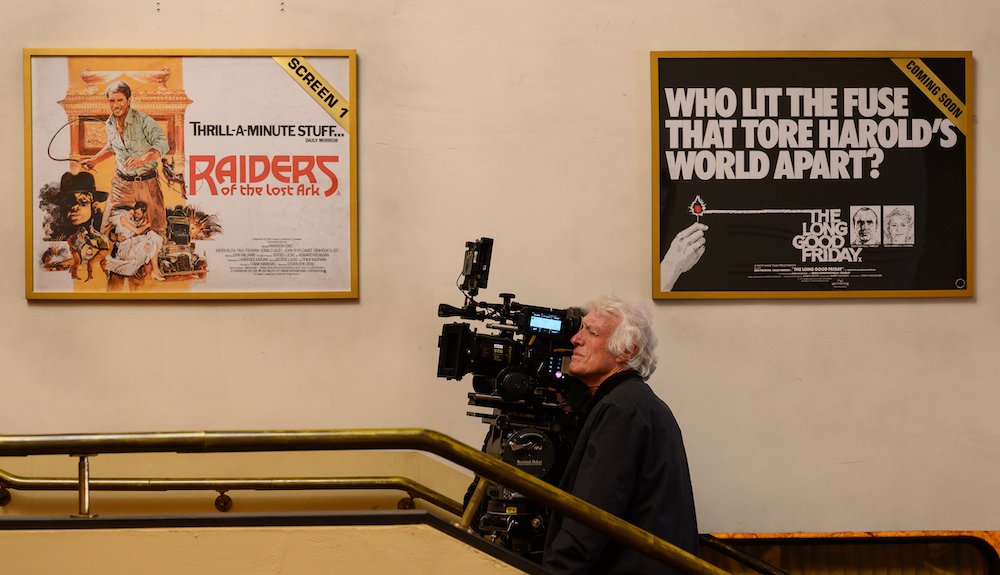 “James and I visited Panalux with Biggles during prep, and they were kind-enough to show us every single type of LED light they have in-stock,” says Deakins. “We lit virtually everything on the film with LEDs. We used a lot of Gemini LED Panels, which I thought were pretty good. However, the lights I liked best, but had not come across before, were the Fiilex Q5 Color 175W LEDs Fresnels, which deliver really nice RGBW flood and spot light output. They are the first LEDs I’ve seen that are equivalent to a traditional Tungsten Mole Fresnel.

“They are completely adjustable in terms of intensity and colour density, and really versatile in that we could take-off the lens and use them with a soft-box arrangement on the front. We used them for most of the floor lighting. I also use some old-school 2K Blondes, as I really like them for night exterior work, in combination with Panalux Sonaras to light up the backgrounds.

“One of the trickiest things to light on the film was the cinema lobby, which was a set-build with big glass doors looking out to sea. I had to balance the LED illumination on the interiors with that coming though the windows, as the light would fluctuate quite dramatically on overcast and sunny days. We were able to legislate for that on most occasions, but there was a bit of work to do later in the DI to bring down the exterior and to make sure we got some detail in the promenade and the ocean.” 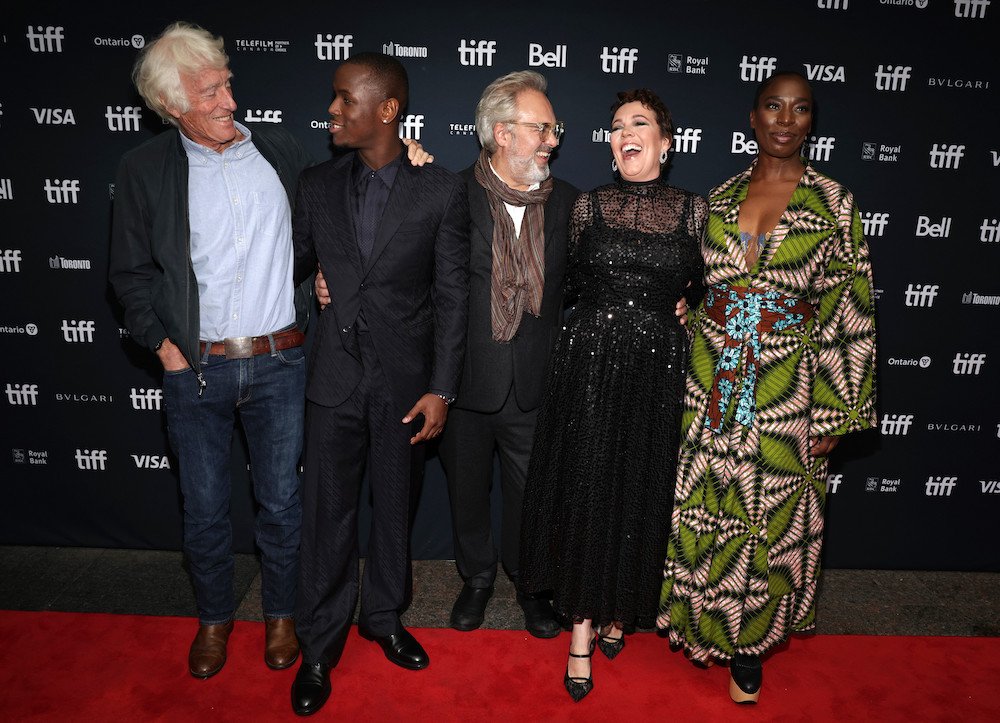 Deakins concludes that, “You’re always pleased when you get to the end of the schedule and are sort of happy with what you’ve managed to achieve for the time, money and resources you had. 1917 was difficult, and filming Empire Of Light was also difficult in its own way, but I’m very pleased with the result.”

For those who have not tuned-in yet, Roger and James Deakins have created a wonderful online resource for filmmakers, especially cinematographers, in the form of the Team Deakins podcast series, featuring over 180 entertaining and informative interviews with leading DPs, gaffers, producers and set designers, with many more to come. They are well-worth a listen, just as Empire Of Light is well-worth the watch.