Cinematographer Alwin H. Küchler BSC infused director Kevin Macdonald’s poignant and harrowing feature, The Mauritanian, with a compelling amalgam of visual conventions and techniques. Küchler is a 2021 BAFTA-nominee for his work on the film, which is available to watch now on Amazon Prime. 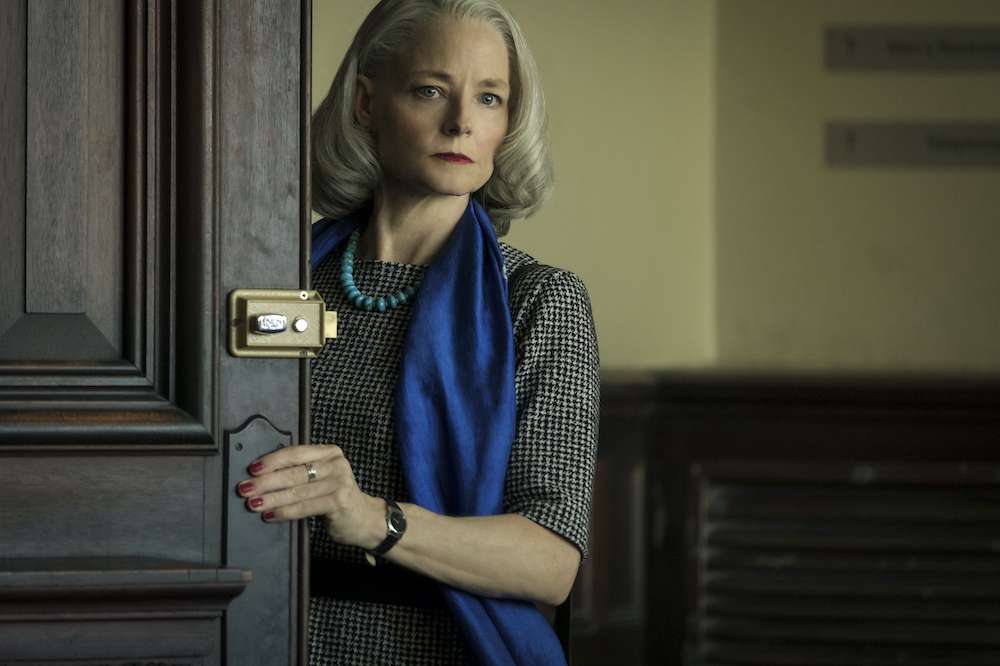 Mauritania, November, 2001: Mohamedou Ould Salahi is taken by local authorities for questioning under suspicion of assisting the 9/11 terrorist attacks. And, just like that, he disappears. A few years later he is identified as a captive in the notorious US military Guantánamo Bay prison, by a lawyer who believes everyone has the right to a fair trial. Thus begins an uphill legal battle for Salahi’s freedom that results, among numerous twists and turns, in a memoir written by the prisoner. Heavily redacted, it eventually gets published.

Several years later Salahi’s story was discovered, almost synchronously, by Kevin Macdonald and DP Alwin H. Küchler BSC, who previously collaborated together on the celebrated documentaries One Day In September (1999) and Marley (2012). 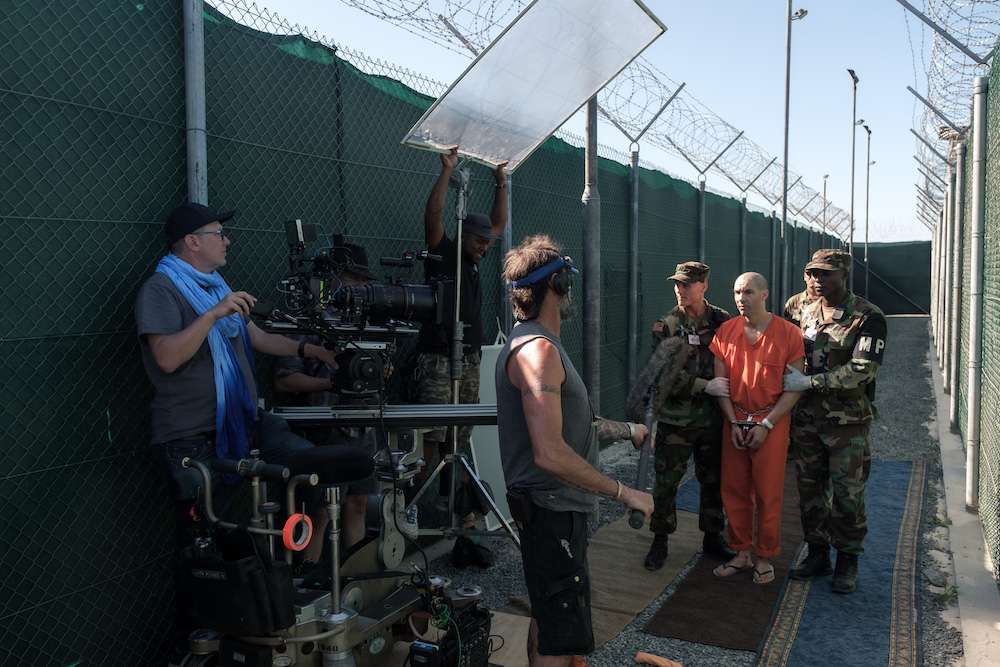 “I liked Kevin’s idea not to make it into an inspirational film, but rather a thriller presenting a variety of perspectives and character motivations leaving any interpretation to the viewers,” says Küchler. This meant interweaving several points-of-view and recreating Salahi’s arduous odyssey in a non-linear fashion, just as other characters get to know it.

“Because Kevin comes from documentary, he’s open to different approaches and creating a space for experimentation and exploration, adds the DP. “When we learn Mohamedou’s story step by step, we go from an objective, factual world, to a very subjective one, filled with somewhat disjointed flashbacks and dreamlike sequences, and we are stuck with him in his head.” 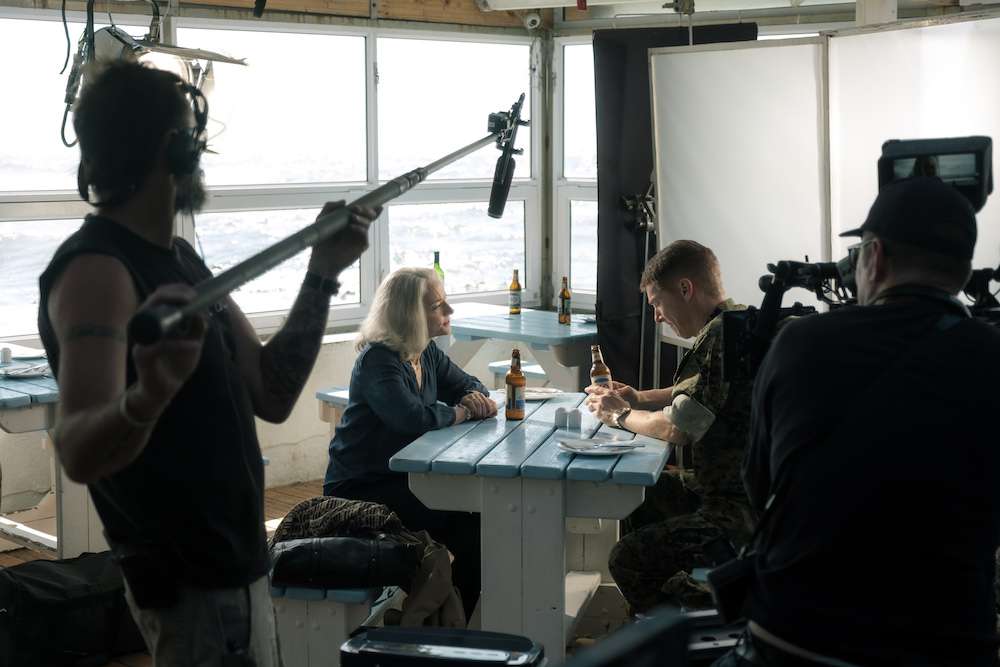 One of the project’s various challenges was handling the inhuman treatment Salahi had to endure in Guantánamo. “We didn’t want it to be torture-porn. If we’d blatantly showed methods that had been used, people would have switched off,” admits Küchler. “We adopted Mohamedou’s subjective point of view and shot the encounters as visually evocative scenes in which the reality mixes in with what’s happening in his head.”

The result is a series of hallucinatory nightmares not unlike those you would experience in a David Lynch’s films; women and men in animal masks psychologically confront and sexually humiliate Salahi with stroboscopic lights in the background and heavy music exploding from loudspeakers; an interrogator oneirically switches rooms and approaches Salahi’s acquaintances in a Berlin flat where he used to live while studying in Germany in 1990s; and so on. 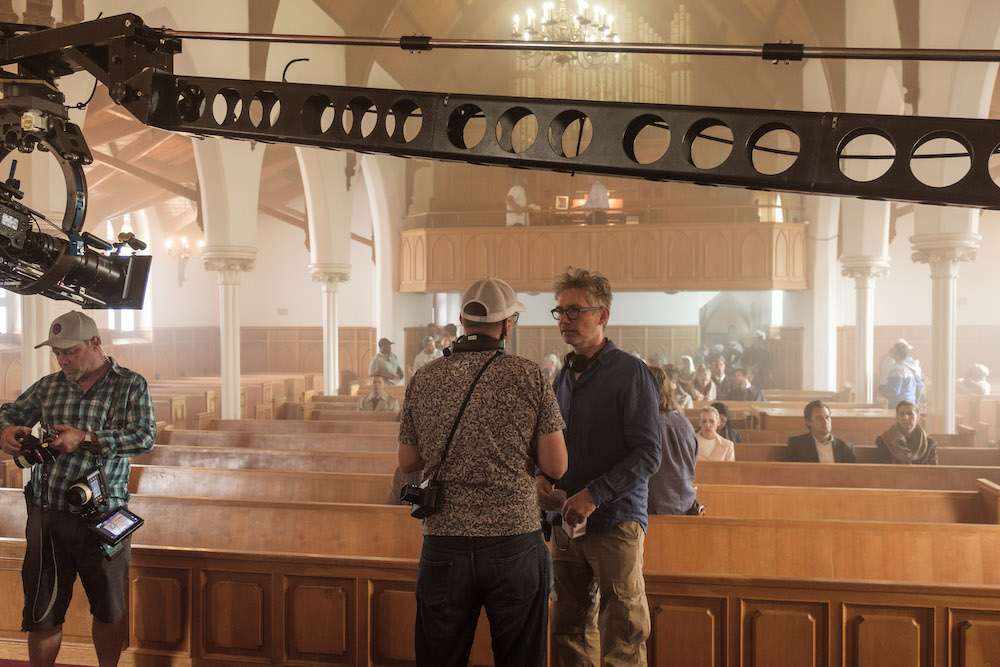 “We had to be creative with just about every aspect of the film as we dealt with multiple time frames: Mohamedou’s childhood, snapshots of Berlin, Mauritania in 2001, different stages of his stay in Guantánamo, his present-day scenes with lawyers, and the scenes where lawyers and prosecutor investigate,” illustrates Küchler. “We differentiated between them with colour and lighting, and partly by depicting his memories in Academy aspect ratio”

This confined frame is contrasted with present-day scenes in widescreen format, to make a brilliant mirror of being in prison, but Küchler also supported it with close collaboration with actor Tahar Rahim and some instinctive camerawork. “In one shot, when I saw Tahar suddenly lying down in the prison cell, I spontaneously put the camera against the wall, high up, and I found a very expressive frame. This was a weird mixture of documentary-like shooting and poetic camerawork that proved to be great.” 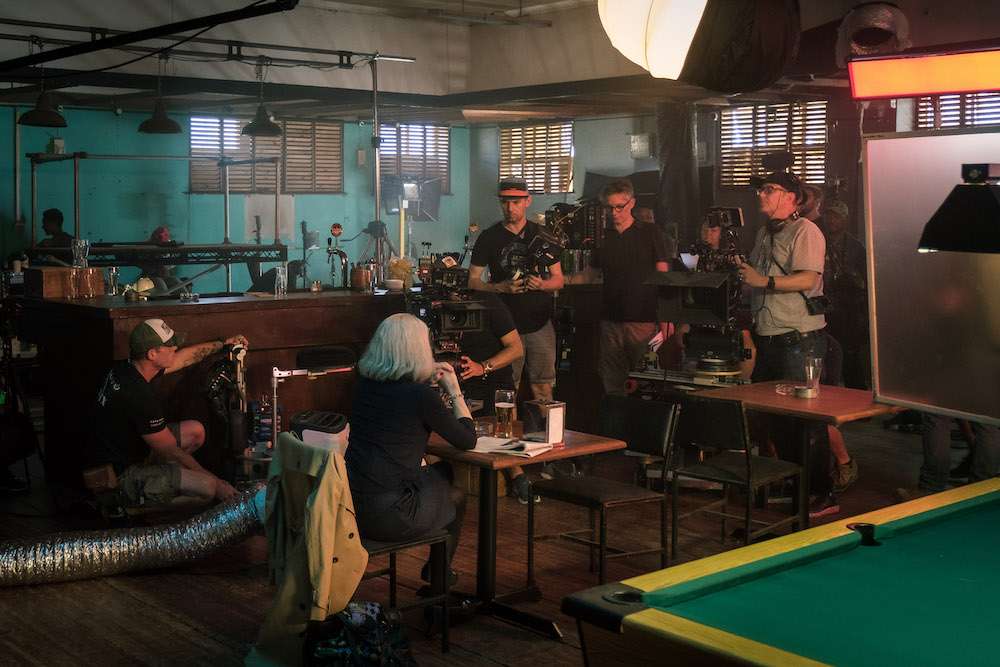 The film was shot over eight weeks from December 2019 to February 2020 around Cape Town, South Africa, with a week-long foray into Mauritania to add some documentary flavour to the prologue. Production designer Michael Carlin built parts of the Guantánamo detention centre after consulting with the real Salahi who admitted that it was terrifyingly accurate.

The Mauritanian’s careful balance between authenticity, layered flashbacks and visual mindfuck made Küchler choose the Sony Venice with Rialto Extension System for its variety and flexibility. 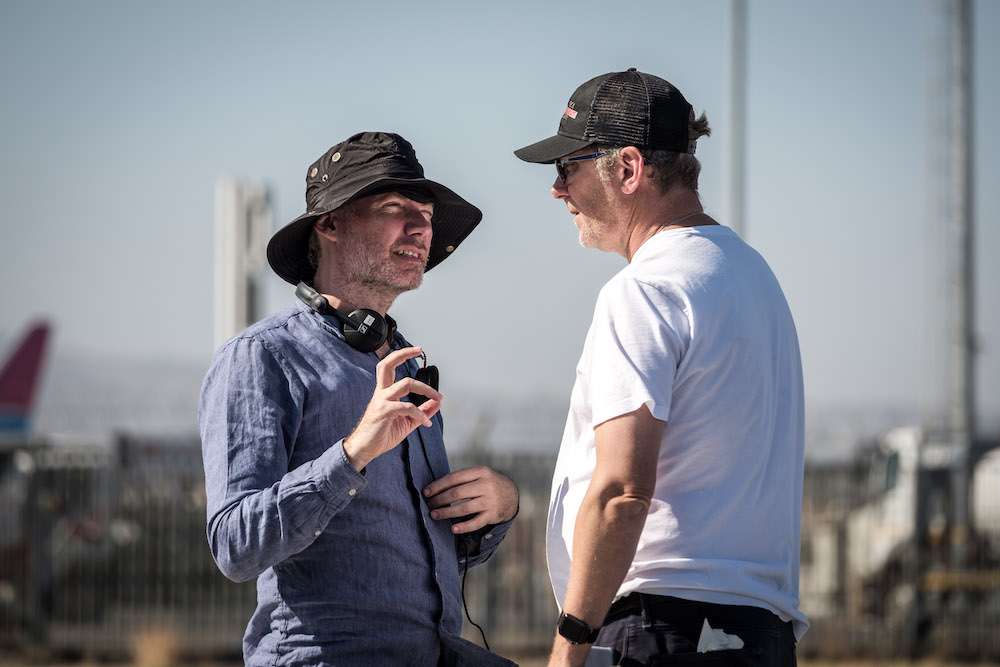 “I’ve always been an ARRI man, but the Sony Venice in Rialto mode gave me such a beautiful freedom. I could hold it up or get it lower and find interesting frames that I wouldn’t be able to get with a normal film or digital camera.”

Küchler decided in a set of Cooke S7s as his main lenses, with Canon K-35 and old 1950s Astro-Berlin lenses as supplementary ones. 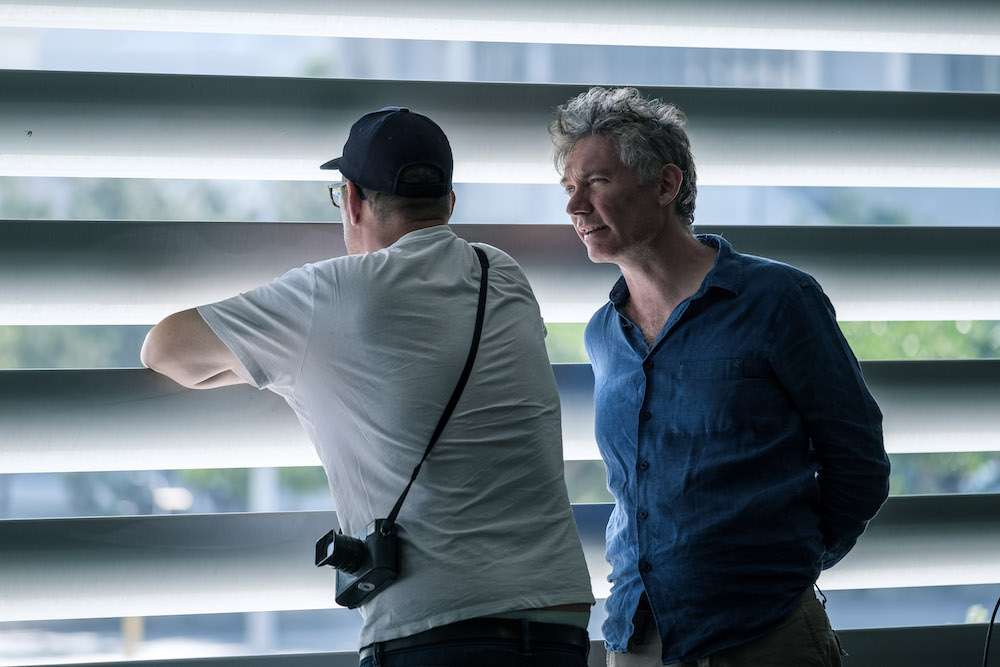 “The S7s were built to cover bigger sensors and in the prison cell scenes I wanted to be able to go wide without the image being distorted or too artificial. Also, in a room that was 12-feet deep, I wanted to have the optional shallow depth-of-field,” explains Küchler.

“I used K-35s because they’re very light and soft, less crisp, which provided me with a lot of mobility as well as images that would contrast nicely with those form the Cooke S7s. For the childhood flashbacks I had Astro-Berlins, because their poor optical quality brought me the closest I could get on digital to shooting in 16mm. Working with them felt very poetic.” 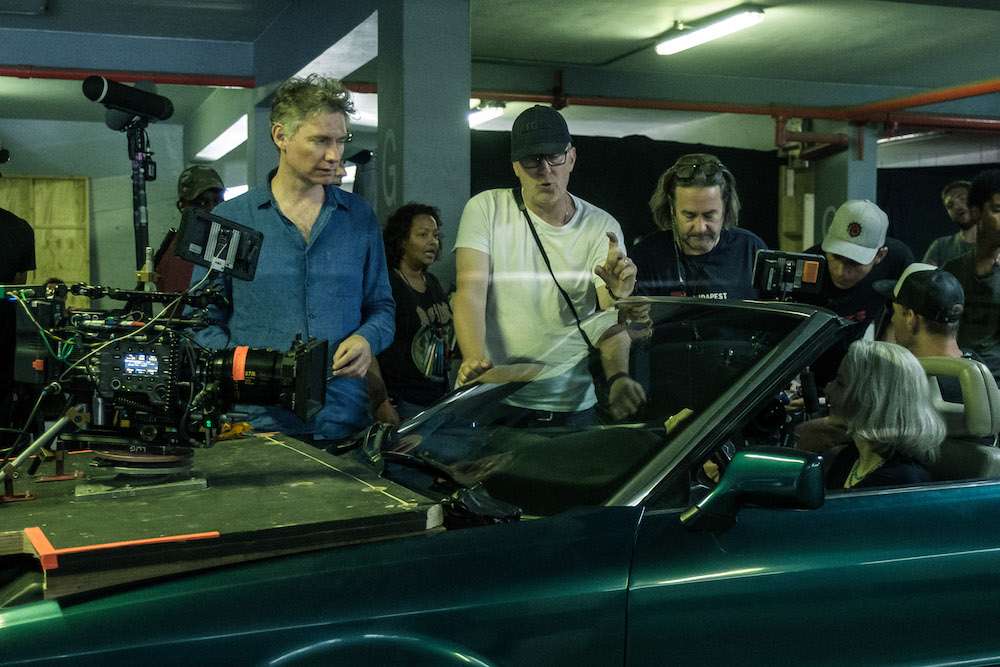 For torture sequences, Küchler experimented with optical filters, being inspired by his student fascination with Polish DP Sławomir Idziak PSC’s work on such films as Kieślowski’s A Short Film About Killing (1998). “I held the filters flat over a cheap candle to get the fumes and smoke to settle on the glass and make very soft blotches of brownish-greenish colour that would suit the imagery. I combined this  in several scenes with swing-and-tilt lenses so that the image felt fractured and personal.”

Küchler recalls that such experiments were gratifying. “I joked to Kevin that I’m a ‘method cameraman’ and I have to be emotionally in the moment with the character. So, when Mohamedou goes in his subconscious state to his old apartment in Berlin, I’d put light next to the lens, which made it look like it was lit by a flash. My gaffer dimmed it up or down as I followed Tahar through the room. It felt like we were exploring his mind.” 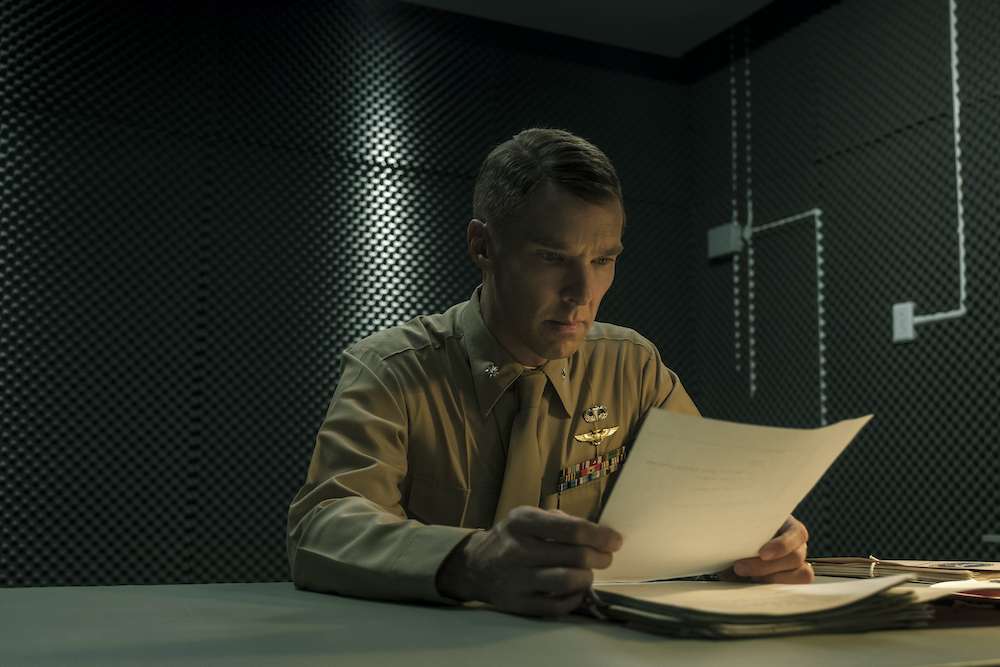 Even though Küchler had to work remotely on DI, due to the Covid-19 pandemic, with trusted collaborator Jean-Clément Soret, he says the film was a great experience and left him wanting to shoot more of such projects.

“From my early years, I was fascinated by films like Apocalypse Now (1979, dir. Francis Ford Coppola, DP Vittorio Storaro AIC ASC) and Blue Velvet (1986, dir. David Lynch, DP Fred Elmes ASC), in which you feel like you’re in somebody’s head. I think film is the only medium that can really achieve that through images, sound, editing. Derek Jarman once said that good filmmaking should be like a flashlight, or a torch, in the darkness. You kind of explore and illuminate and find beauty and interesting images that evoke emotional responses. That’s my kind of cinema.”