Light Iron senior colourist Ethan Schwartz offers a brief on the benefits of his early collaboration on the SXSW winning feature I Love My Dad.

A comedy particular to modern times, the feature I Love My Dad  is equal parts true-life catfish story and popcorn comedy. The movie was written and directed by James Morosini, who also stars as Franklin, a young man who’s sure he’s found love on a dating app but in fact has been lured by his estranged father, Chuck (Patton Oswalt), in a desperate bid to reconnect.

I Love My Dad premiered earlier this year at SXSW, where it was lauded with both a Grand Jury Award and an Audience Award. Throughout the project’s journey to the screen, Morosini and cinematographer Steven Capitano Calitri worked closely with Light Iron senior colourist Ethan Schwartz to craft the perfect palette for the unique father-son tale. 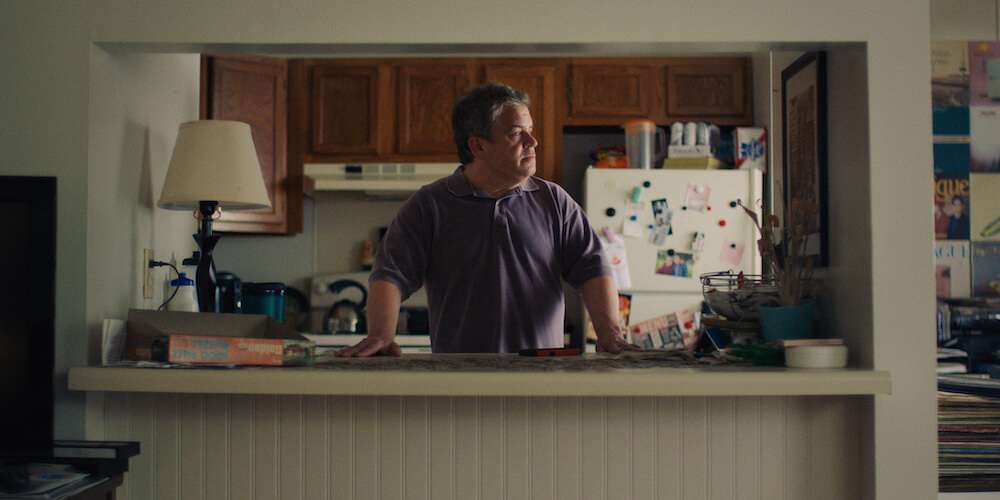 “James brought me on early in the process with I Love My Dad,” Schwartz recalls. “We discussed how we would balance the serious reality of his story while keeping the film a fun comedy. I then worked with Steven to build a warm, earth-toned look that felt a little nostalgic.”

That initial look-development laid the foundation for the project’s final colour grade, which Schwartz performed using Baselight out of Light Iron’s Los Angeles facility. “Once we got into the DI, we refined that nostalgic warmth and created depth and a soft richness to enhance the main characters’ journey,” the colourist explains. “During the film’s more serious moments, the look shifts into a more intense space — however, we never wanted Chuck to feel like a villain. It was great to be a part of helping James tell his story and share it with everyone.”