With experience on projects for British Airways, Lenovo, Samsung and Meta, gaffer Léopold Naessens (Gangs of London, Dinosaurs – The Final Day with David Attenborough) is familiar with productions which demand high level results on a challenging schedule. Traditional approaches, though, might mean many lights which need extra stands supporting diffusers, flags or filters for control and modification. As he recently found, DoPchoice’s new eight-foot DoubleHex Snapbag, supported on a variety of lights by the Fat-Rabbit frame, can make that type of setup faster and more effective. 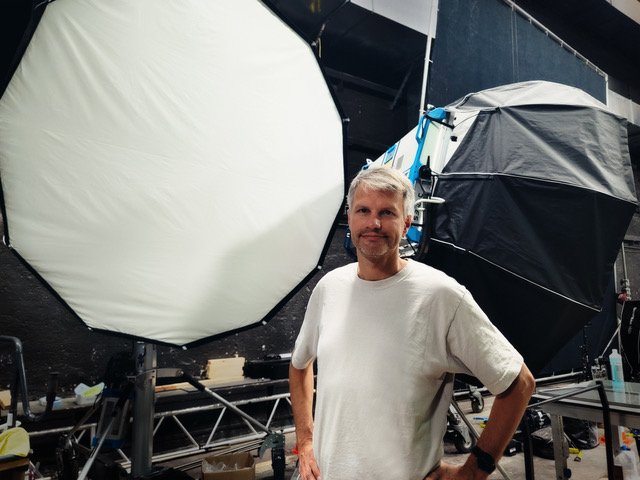 DoubleHex suits lights including ARRI’s SkyPanel S360, quad configurations of Litepanels’ Gemini 2×1, or the gaffer’s choice of triple-banked DMG Lumiere Maxi Mix lights, totalling more than a kilowatt of LED power. The triple MaxiI Mix might normally be used with a large diffusion frame, but Léopold says his clients value the ability to achieve the same results more quickly. “The combination of LED panels and the DoubleHex Snapbag makes it a very nice wide soft light,” he says. “It softens the light, I can move it in close, and it’s one element on a stand so we can move extremely quickly.”

He has been an enthusiastic user of higher-power LED soft lights since they became available, explaining “I own the triple Maxi Mix. I actually had the first one in the UK that was that was supposed to be the demonstrator!” The opportunity to match DMG Lumiere’s powerful light with the Fat-Rabbit mount and DoubleHex softbox came on a commercial for computer manufacturer Lenovo, flattering the technology with diffuse but controlled light that he found easy to create. “I was rigging gaffer and best boy, and you can’t go wrong, bringing a  softbox like that into a clean environment where it needs to be nice and precise and very soft. I used it on Samsung commercials, as well.” 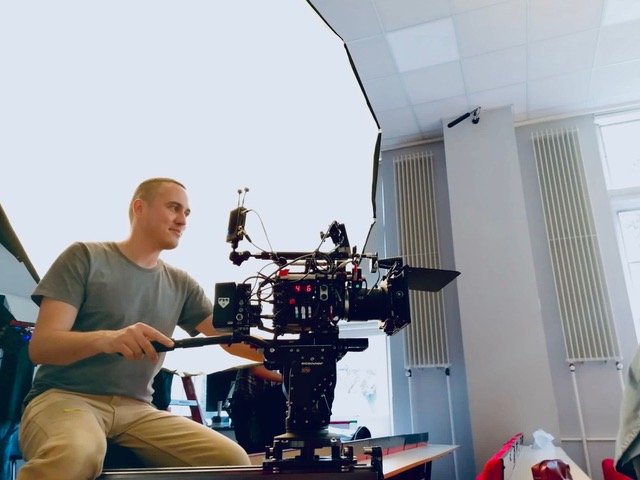 “I also did quite a few jobs with it on a Mulberry fashion campaign,” the filmmaker continues, confirming that the fashion industry, as he puts it, “is always particular. So, it was the right choice. It was a very good tool to have because it looks nice and creates nice lighting. It was perfect to help keep sets free of any mess.” DoubleHex setups have also seen use on his other projects including one of British Airways’ prestige safety information films, featuring prominent talent from around the UK.

Applications for DoubleHex can go well beyond just replacing the traditional diffusion frame. “There is another way I’ve used it,” he says, “as an overhead softbox. Very often when we use other approaches we need a few riggers to put it on a cherry picker – it takes some time and it takes some people. With this, it takes one rigger, a couple of sparks, and less than twenty minutes. Once again, saving time, once again producing a very good quality of light. On many films, if you need a small softbox or a small overhead, I can imagine they’d be useful because you can also angle it more easily.”

Upcoming work, he explains, will involve exactly that configuration. “Tomorrow I’m doing a commercial for Meta when we’ll be working on a night look, and we’ll be using it for a moon. I want a nice soft moon and a hot and hard sun in comparison for the sunset.” 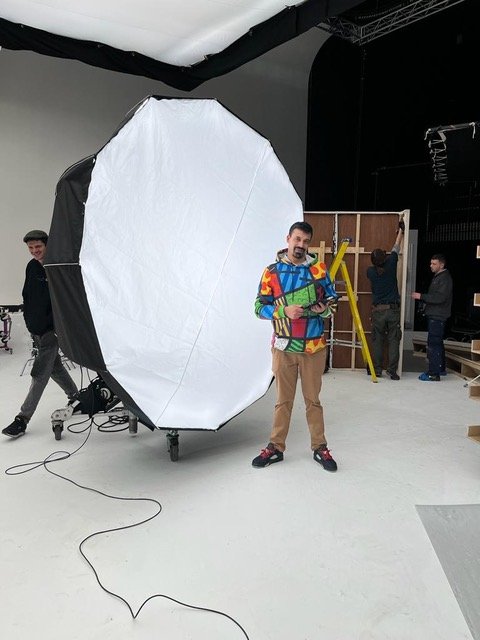 That sort of efficiency, Léopold Naessens reiterates, comes from the comparative simplicity of a softbox over the more traditional approach. “I need tools to soften this light and the DoubleHex does save me a lot of time. It’s not a light behind an eight-by-eight frame where we have to move all the elements of the frame. That’s a bigger pile of stuff. DoubleHex saves us a lot of space and time.” The results, he says, have been hugely popular among directors of photography. “All of them tell me, ‘never come back on set with your triple Maxi Mix or a SkyPanel S360 without the DoubleHex! When you see how fast we use it, what it produces, and the way it pleases so many people, I know that from now on it’s going to be part of my kit.”