In August 2020, I was invited to the Leitz Lens Test & Summer BBQ, at Leitz Park in Wetzlar, Germany, and wanted to share my experience and some photographs with the readers of Cinematography World.

From the outset, let me say this was my first time in Germany and having the cab driver apologise for only reaching 180kmh (110mph) for my inaugural experience on the autobahn, reminded me of the line, “We aren’t in Kansas anymore!”. 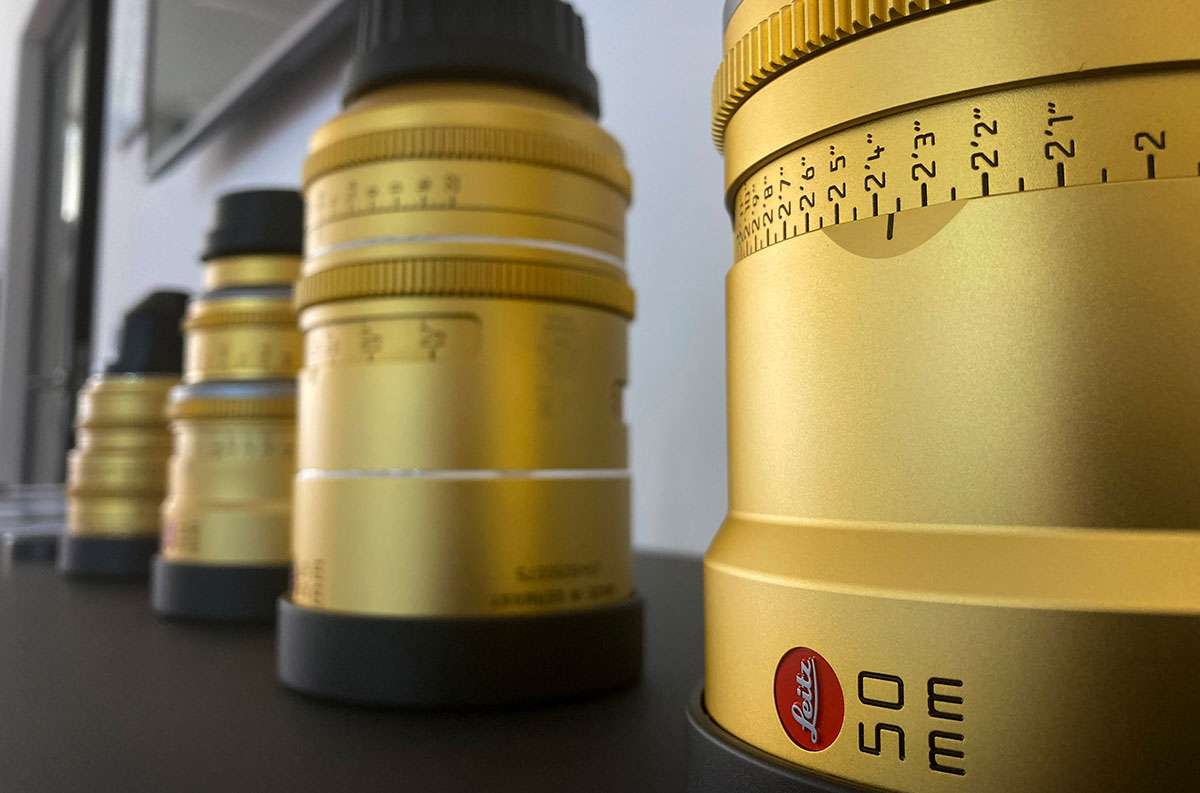 Leitz’s managing director Rainer Hercher, Silke Thape, the company’s international marketing manager, and Kevan Parker, Leitz’s UK regional sales manager, were very welcoming and I was soon settled into the Leitz Hotel. DPs, buyers and rental houses from all over Europe gathered under the guise of testing lenses, but really it was an excuse for a get-together with like-minded people, who all really enjoyed one another’s company after being in lockdown for so long.

There were large contingents of Spanish and French cinematographers as well as a number of Italians, and, as you can imagine, a whole lot of Germans. We were quickly sorted into groups. I found myself in a band with Gavin Finney BSC, my dear friend Peter Marsden (a very experienced DIT), Charles Heales (a commercials cinematographer who specialises in cars), Aaron George, the creative space director at UK camera and lens retailer CVP, as well as a couple of charming Italians, Marcello Montarsi AIC and Emanuele Zarlenga AIC. 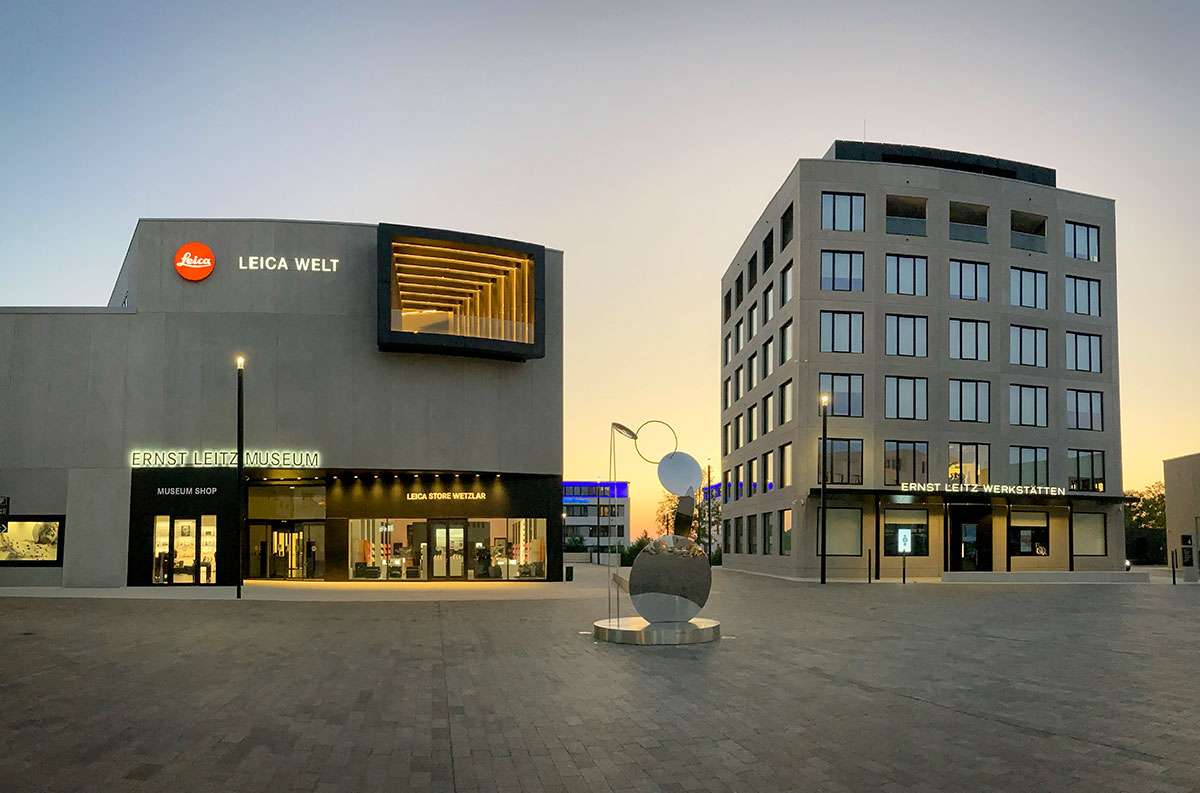 We were given a tour of the factory (through sealed glass, of course). There we saw some cleaning and quality checks and one of Leitz’s divine 25-75mm zooms, ready for the shelf. I want one! As a matter of interest, the two new zooms the company offers are both quite lovely and together span from 25mm to 125mm, both wide-open at T2.8.

From there we had a guided tour of the galleries in the Ernst Leitz Museum built on-site, including a collection of stills on exhibition by Dr Paul Wolff and Alfred Tritschler. There were some wonderful architectural images from Hands to the Hindenburg, as well as shots documenting the rise of Fascism. These images inspired generations of photographic artists. It’s simply a lovely gallery, and I highly recommend a visit. We then continued on with the ‘normal’ tour which included some of the most iconic images of the last century. Finally, to the archive of all the old Leica/Leitz equipment, before a dinner at a local restaurant. As you can imagine we talked, ate and drank late into the night! 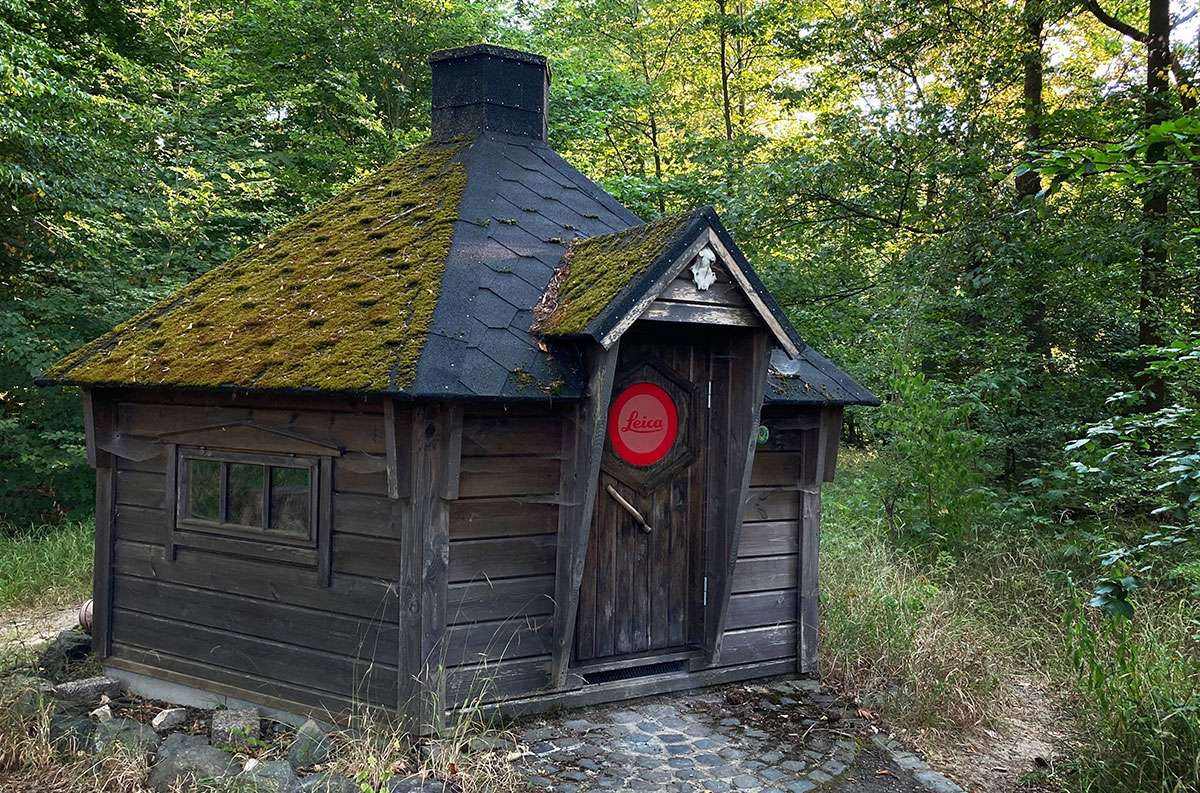 The next day, while some decided on a late morning, Peter and I had a walk through the Leitz woods (yes, they have their own woods!). Being the makers of rifle sights Leitz, of course, need somewhere to show them off at their best. We returned to Leitz Park for an organic lens test. Basically, it was a table teeming with lenses – from a complete set of the new large-format Leitz Primes, including the prototype 350mm, the new 25-75mm and 55-125mm zooms, as well as sets of Thalia, Summilux and Summicron and M lenses. What an utter treat.

The new Leitz Primes – twelve lenses from 18mm to 180mm, all T1.8 apart, from the 180mm, which is T2, plus the aforementioned 350mm T3.6 – are all absolutely marvellous. Apart from the extreme ends, all the lengths are the same physical size and all support data: the ex-camera assistant in me believes this to be very helpful. I found the very minimal breathing to be natural and I couldn’t see any chromatic aberration. Important to note not only do they all colour-match with each other, but they also perfectly match the zoom too; helpful for me as I, like many of us, prefer a zoom on an additional camera. 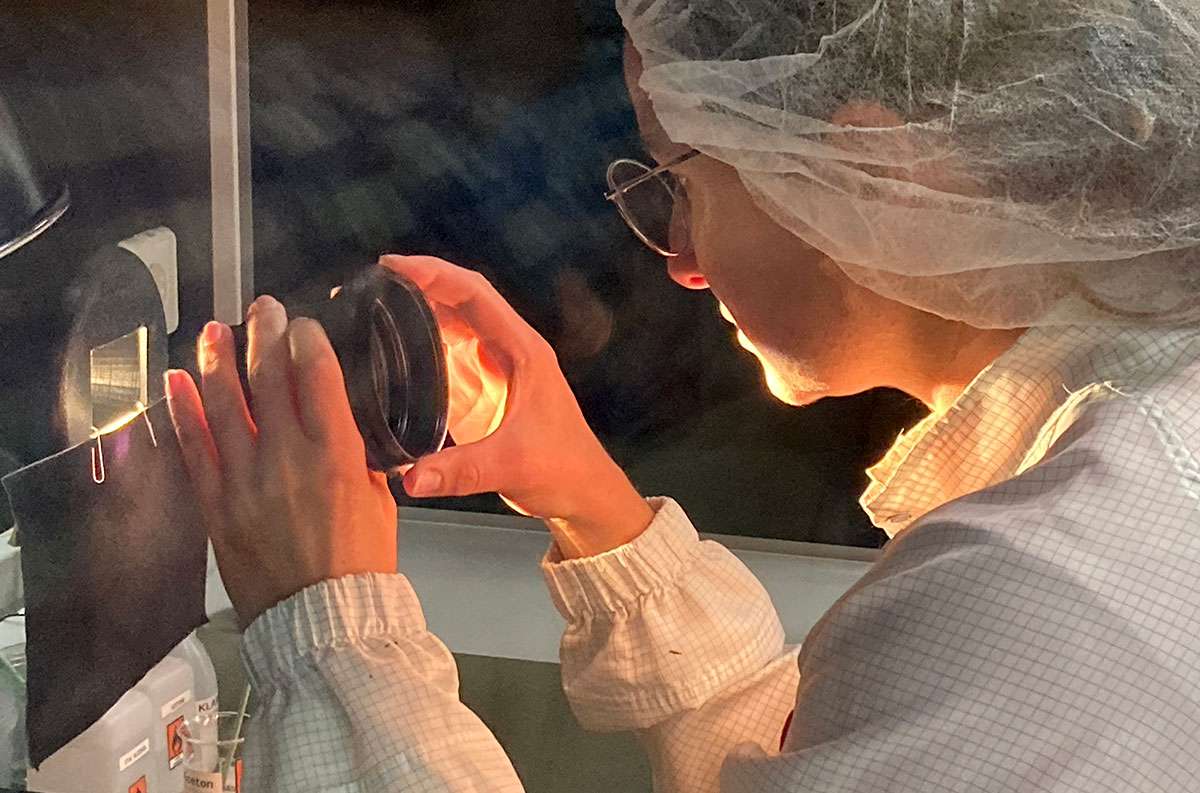 Staying with those zooms for a moment longer: the lens sizing suits how I like to shoot drama; the overlap between the two, 25-75mm and 55-125mm, I find very helpful, I like to think of a zoom as a variable Prime and having a set which has a 55-75mm commonality is extremely attractive. Often, I find myself wanting a little longer on the short or a little wider on the long, without having to go to a 25-250mm type option, and I find these deliver that. Both are wide open at T2.8 and have a minimum focus of around three foot. As you would imagine with lenses of this calibre there’s no light loss throughout the full range of the zoom, and, of course, they’re parfocal. I found the same characteristics with the Primes as I did with the Zooms and would happily put them together on any shoot.

As for cameras, we had an ARRI Mini LF and a Red Monstro, either outside looking at the architecture and sculpture of Leitz Park, or into the woods to have a look at depth and to play with focus. Why not both?! The sunset brought a quick moonrise shot with the 350mm prototype and an end to the testing. Then on to a BBQ which turned-up full of delicious German treats, including several varieties traditional German sausage, including currywurst, slow cooked beef or vegetarian. As you can imagine we talked, ate and drank late into the night again! 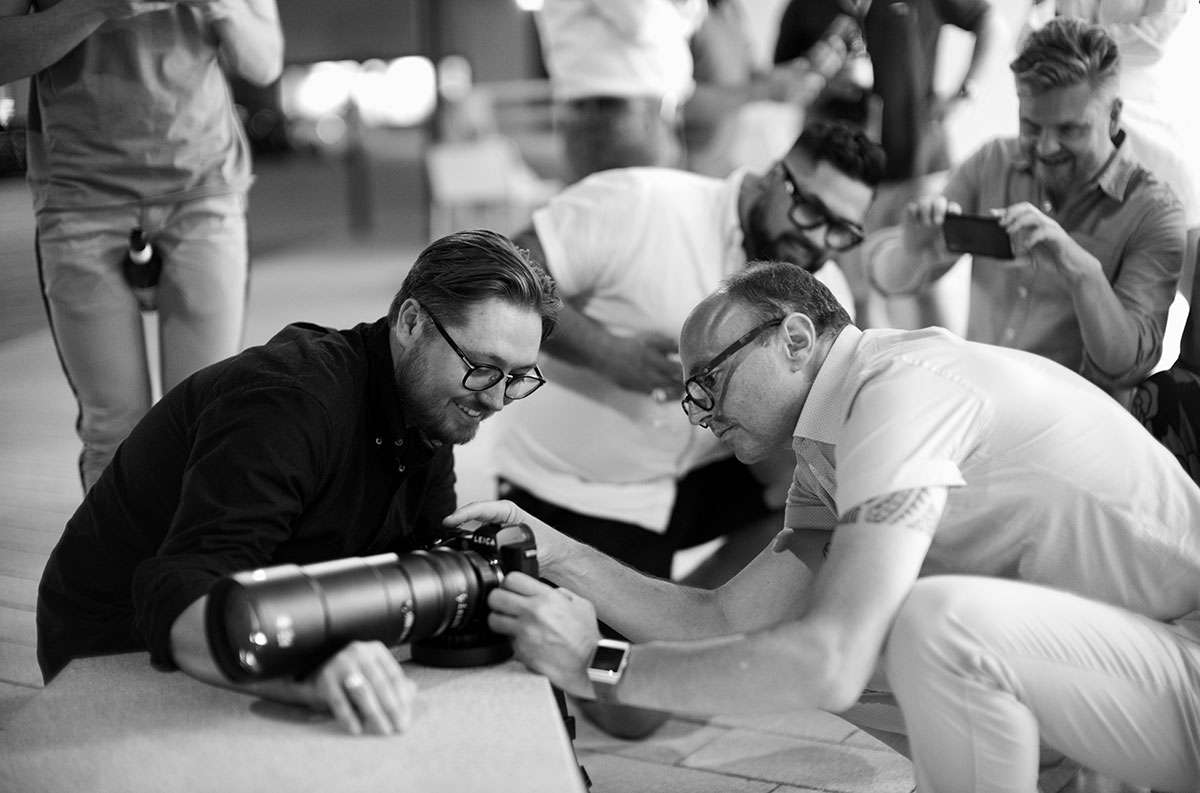 Peter wanted to try and recreate the first photo attributed to Leica, so first thing in the morning we walked down the hill into the historic town of Wetzlar to find the plaque commemorating the exact position. The photo, captured by Oskar Barnack, is quite well known if you enjoy Leica history. Peter recreated it using his Leica Monochrom and a 50mm Summicron from 1953. Although we weren’t able to get the two photos to match exactly, we were happy with the results, especially when one takes into account 107 years for renovations and upkeep… allowances were in order.

I have never worked for Leitz, nor, have any relationship with the Leitz company – apart from they did accommodate and feed me for the duration of my stay. 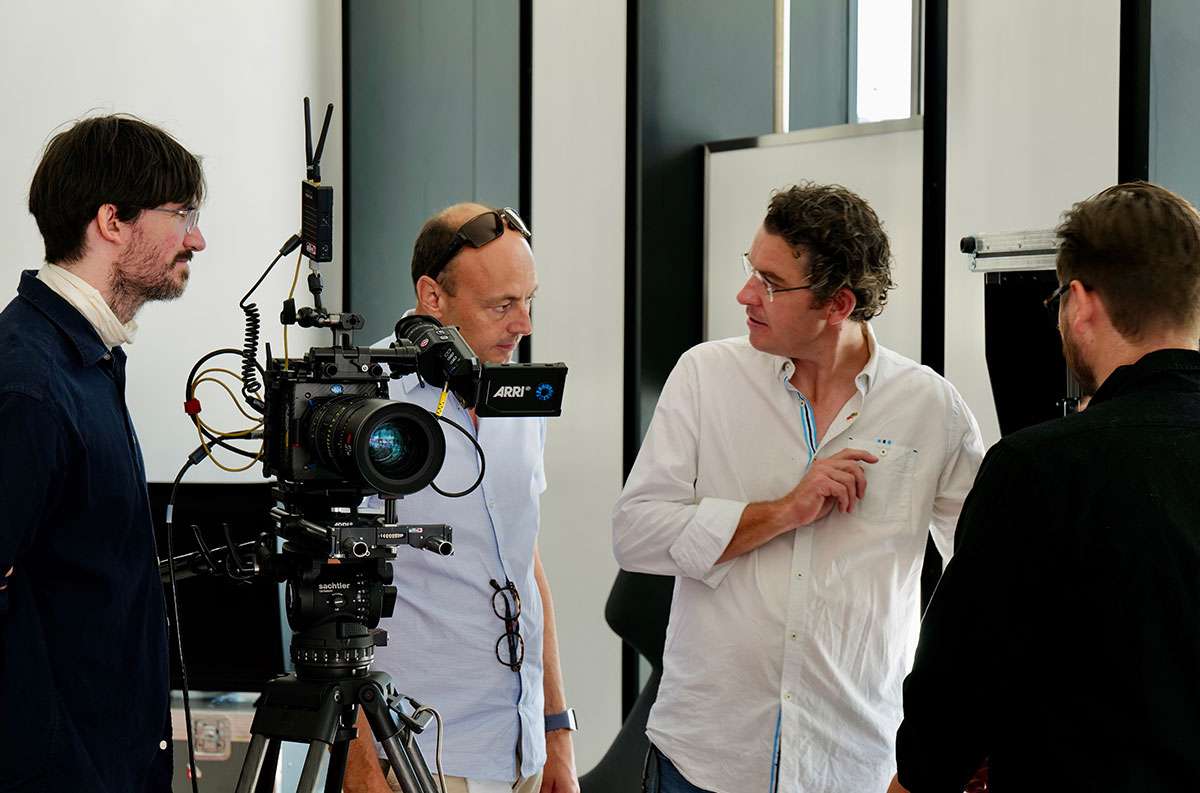 I had an utterly wonderful time at Leitz Park. My sincerest thanks to Rainer, Silke and the whole Leitz team for a superbly-organised event. If you ever find yourself in Germany, I would not hesitate to recommend a visit to Leitz Park and the town of Wetzlar.

Alexis Castagna identifies as an English-born, Australian-trained cinematographer, and has recently returned to the UK. His first feature, Fragment (2009) had its premier at Shanghai International Film Festival. One of his most rewarding projects was taking a small web series, The Horizon (2012-17), to eight seasons and 60 million views then on to a one-hour streamed version of the show.