Diablo is the smallest, lightest and most efficient luminaire in its category with a record output of 19,000 lumens in a package weighing less than 22 kg.  Diablo-S is especially designed for stage applications and equipped with a monochromatic LED light source that can generate extremely high output and metallic white light calibrated at 7000 K.

“When our ACT rep, Eric Abad demo’d Diablo for us the entire team was blown away – we were really impressed,” recalls David Rosen, President of Kinetic Lighting.  “We had never seen a fixture that combined a full feature set with this much output in such a compact and lightweight form factor.  It checked all the boxes, and we knew it would be a great fixture to invest in.” 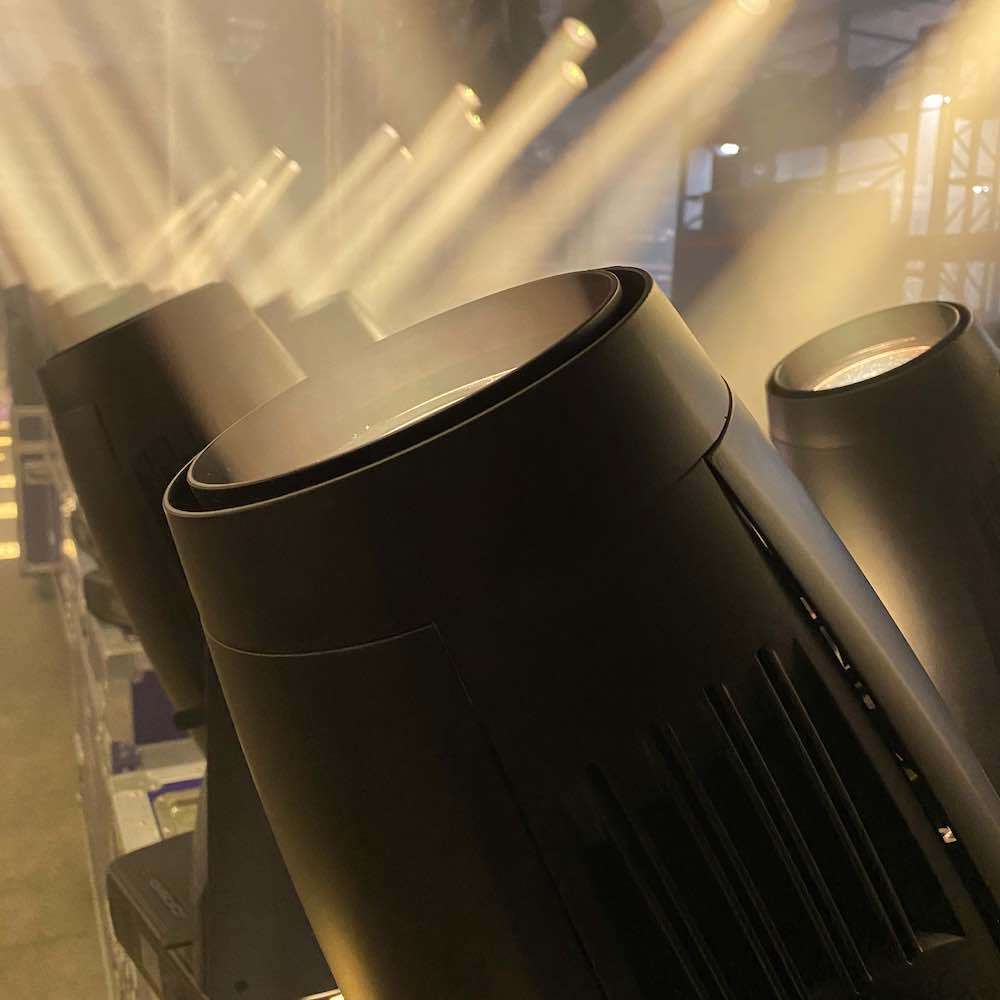 Kinetic intended the Diablo-S fixtures as a new product in its inventory, but they became something more, too.  “We discovered that with its high output, great optics and well-rounded feature set Diablo can hold its own against larger fixtures,” Rosen notes.  “So they have been able to replace some of our larger, aging fixtures.”

Kinetic took delivery of its Diablo-S units in early 2020, and they were used on a number of jobs before the coronavirus pandemic shutdown.  “They proved to be popular right out of the gate,” says Rosen.  “They’re so versatile that we knew they’d be used by all market segments: corporate, theatrical, TV and film.  When live events were not happening, we were still able to get them on TV/film projects.  Now that live events are coming back the demand for the Diablos is only increasing.”

Overall customer feedback reports that Diablo’s “phenomenal optics, full feature set, size and weight can’t be beat,” he notes.  “Diablo is so advantageous to so many projects, and they make transport and logistics much more efficient.”

Kinetic was the first company in the LA market to invest in Diablo, setting a trend that other rental facilities have followed.  “We’re glad to see that other companies have picked them up as well. Now we have a cross-rental market with our colleagues,” says Rosen.  “That speaks to the popularity of the fixture among all kinds of users.”

ACT Entertainment is the exclusive distributor of Ayrton products in North America. www.actentertainment.com

More information on Ayrton Perseo IP65 rated fixtures and the extensive portfolio of innovative Ayrton LED fixtures can be found at www.ayrton.eu