Written by Pulitzer Prize-winning playwright Suzan-Lori Parks, and directed by Polly Findlay at London’s The Bridge Theatre last autumn, the European premiere of White Noise explored the subject of race in the 21st century from both a black and white perspective through a group of college friends.

Working on an ambitious set design by Lizzie Clachan, lighting designer, Jackie Shemesh, chose six Ayrton Diablo LED profile fixtures to deliver some extremely precise lighting effects and ambient washes, and worked hard to sculpt the huge set despite some difficult rigging angles and ensure the skin tones of the diverse cast looked correct on stage. The 27m-deep set included a thrust stage, an overhead catwalk, a series of side wall flats arranged in perspective to frame the stage, and an angled ceiling flat which severely restricted hanging positions and lighting angles. 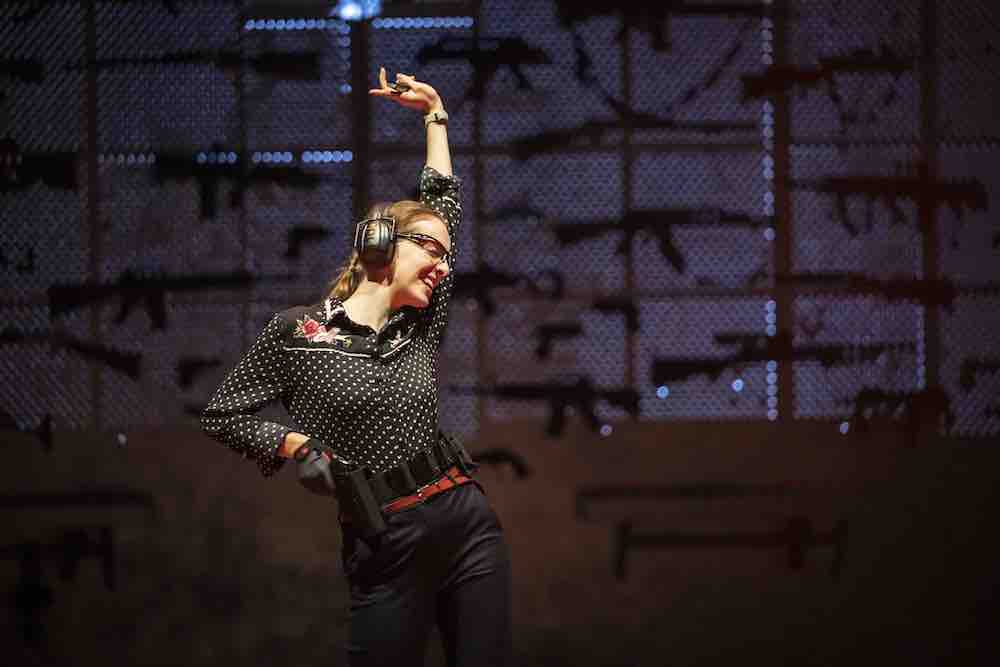 “I chose Diablo for several reasons,” says Shemesh who has used the compact profile fixtures on several productions at the National Theatre. “Firstly, I know and like the fixture, so knew they would give me some nice results. Secondly, the truck’s side walls and low roof made it very difficult to get light into the acting area. I knew I wanted some low-level moving light options front-of-house, and with limited headroom over the audience, we needed a fixture that was both small, light and quiet. Diablo ticks all those boxes! Nicole Smith (The Bridge Theatre’s Head of Lighting) and I tried a few options, but the angle was so shallow that only the Diablo would fit the bill. Nicole was very supportive of having the Diablos on this show.”

Shemesh rigged two Diablo fixtures centrally in low mid-house positions from the lower gallery where he used them as “good fillers” on the thrust stage “or wherever I had a gap or a little bit of a dark place.”

These units also took a key role in the more dramatic moments for the four characters’ with Shemesh using the Diablo’s shutters to project very narrow, sharp cuts on the actors to isolate them for each of their monologues. “The position of the Diablos created beautiful beams that cut really low in the theatre, almost appearing like two walls, until they met the actor or actress,” he explains. “It was a really strong, powerful image that we chose to use for each of the monologues.”

A further pair of Diablo profiles were rigged on the low level gallery in spot positions from where Shemesh was able to wash the side walls with brushes of colour, using stronger colour palettes to recreate a club vibe. “I chose to work with a pinkish colour as a general wash which worked very with the different skin tones of the faces,” explains Shemesh. “The walls were washed with a blue base, and the Diablo’s pink side wash added a mix to give a purplish feeling over the walls and, almost like a side light, highlighted the returns of the wall with a stronger pink. This bright edge on each flat gave another element of colour and design, which amplified the position of the stage and gave it a frame. It added another layer onto the rhythm of the walls as they retreated upstage in perspective, and provided a contrast with the frame in a stronger colour than the wash on the wall. I was able to do this because of the generosity of Diablo’s lens: it is huge – so big – and gives lots of light and spread. They did a really good job.” 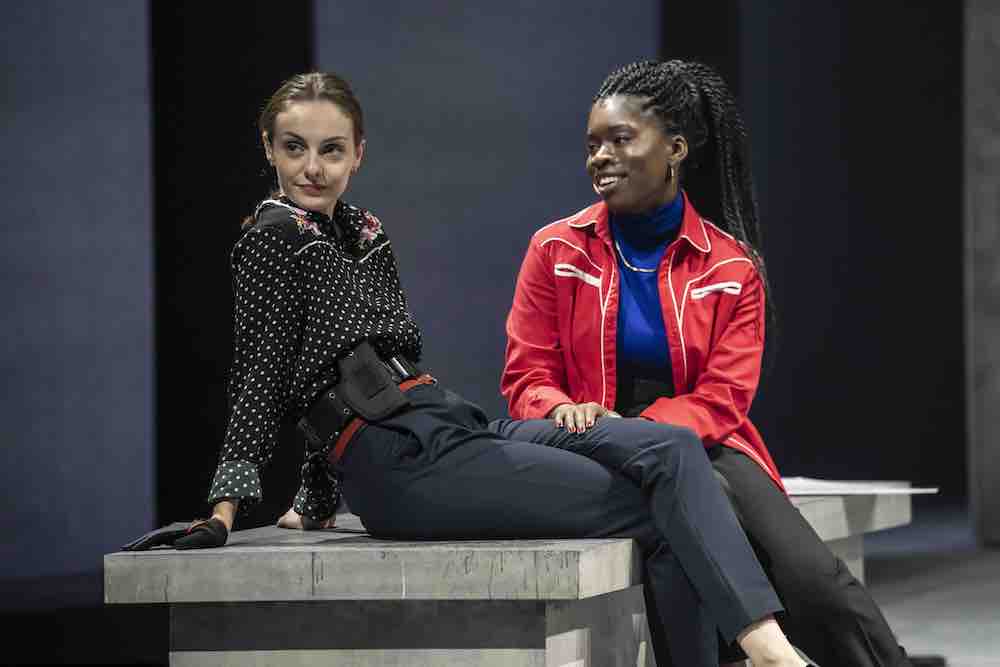 Lighting programmer for White Noise, Miguel Figueiredo, also enjoyed using Diablo: “The Diablo is a really cool fixture,” he says. “It is bright, fast, and compact in size, and considering the amount of features it offers, I was very impressed with how quiet it can be. This is also a big plus when marking Diablos in the dark as preparation for cues.

“The shutters also proved very helpful when trying to cover the many areas over a set that had very tricky angles.  I can definitely see this fixture showing up more and more in theatres around the country. In fact, after White Noise, I went on to use the Diablos again on the West End musical Cabaret at the Playhouse Theatre.”

Shemesh was happy with his choice of Diablo once again: “It was a tricky set to light but Diablo made it possible and the results really paid off in the end. I got a light that gave me the position I wanted front of house, at the height and angle I wanted, and was quiet enough to hang less than 1m away from the audience with no problems at all, and no complaints!”

The Ayrton Diablo fixtures were supplied by Sparks Theatrical Hire, which has been an early adopter of the fixture.  Paul Anderson, the company’s director, was very impressed with the units when they were demonstrated to him at Sparks’ HQ by Ambersphere’s Briony Berning last year. “I was particularly struck with how small the unit was, and how many features it had for its size, not to mention the amount of light that comes out of the front,” he says. “For such a compact unit, it really packs a punch.  So far, it’s been an extremely popular addition to our rental stock, so much so, we are about to purchase more units from Ambersphere to meet demand.”

More information on Ayrton Diablo and Ayrton’s full range of LED lighting can be found at www.ayrton.eu