With MetFilm School announcing a new campus in Leeds, here is a catch-up with one of the school’s specialist lecturers, award-winning film director, Prano Baily-Bond.

Prano’s first feature film Censor hit the big screen this year and was a huge success, becoming one of the year’s ‘must watch films’ and making The Guardian’s top fifty list… at number 36.

Prano is no stranger to Yorkshire, her sister was born in Leeds, and she still has family in the city and in Sheffield, but that’s not the reason she chose to make her first feature film, ‘Censor’ in Yorkshire.

Prano is an Indian name, and if you ask her about it, she’ll simply say… “hippy parents.”

Prano explained how her love affair with film began, she said: “When I was young, I was obsessed with films and drawing, I used to play the same films over and over – I could listen to the dialogue, but not have to watch the screen… it enabled me to focus on my drawing.”

Her favourite film of all time is David Lynch’s Blue Velvet, she said: “I came across the film when I was about 14, I love the way it plays with surrealism whilst telling quite a traditionally structured story at the same time. Even now, years later, I still discover new things in that film.” 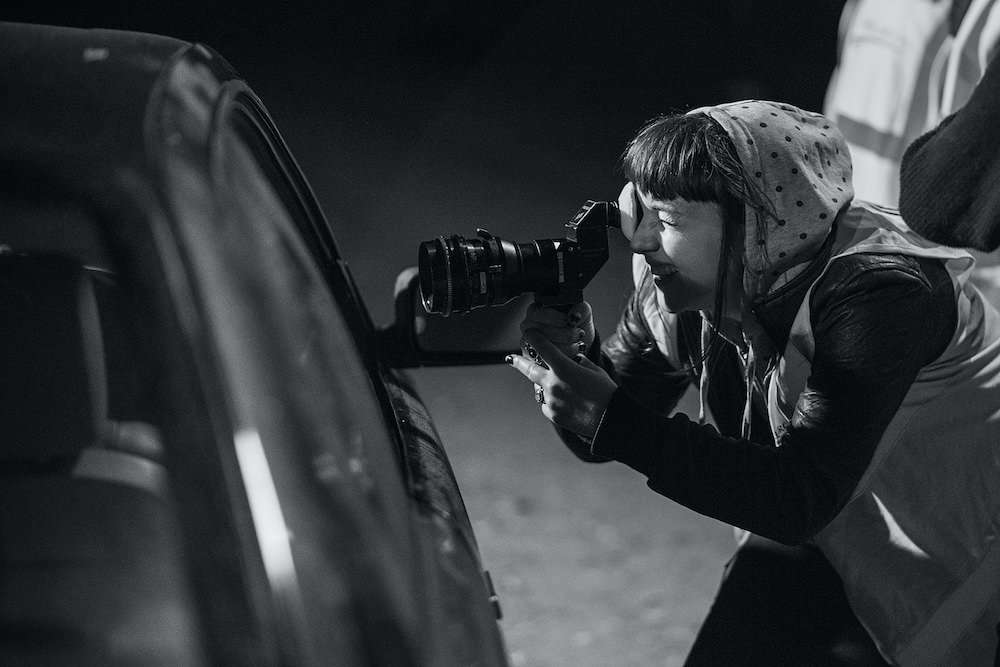 One director who was influential for Prano in her early filmmaking years is Douglas Sirk, famed for his 1950s melodramas. All That Heaven Allows and Written On The Wind are two films she recommends. She explains: “I was so inspired by the way he uses mise-en-scene; composition, lighting, production design, colours – everything has meaning layered into it.”

“Initially I thought that I wanted to be an actor, but while I was at college, I got to direct a play and it was much more interesting for me to be structuring a story from the outside, from the audience’s perspective; to use performance, lighting, sound to tell a story.”

Prano did a BTEC in Performing Arts at Coleg Ceredigion in west Wales alongside her A-levels, she said: “It was very practical, and I think that’s important if you want a career in the screen industries.”

While Prano studied she also made her first film – she did almost everything, wrote the script, scouted the location, shot the film, directed it, and edited it. What she didn’t do was act in it.

After college, Prano went to university in London where she studied a practical BA in Film and Video. Her first job after university was as a runner at Goldcrest Post Production, where she also trained to become a sound assistant. From there she went to work on a feature animation for Universal, and eventually, through working for further production companies, ended up working as a freelance editor.

“I was offered my first freelance job as an editor, working in Nigeria on The Apprentice, Africa. Nobody was as surprised as me when I found myself living in Lagos for a year – it was a really amazing experience.”

When Prano returned to the UK she continued to make short films and music videos for the likes of Imelda May and Morcheeba, building-up her portfolio. She always had her eye on the target of making her own feature films.

In 2015, Prano made a 15minute short, Nasty. She explains; “Nasty is set in the same universe as Censor, I was able to explore and test ideas… that film had screenings in over 100 festivals. 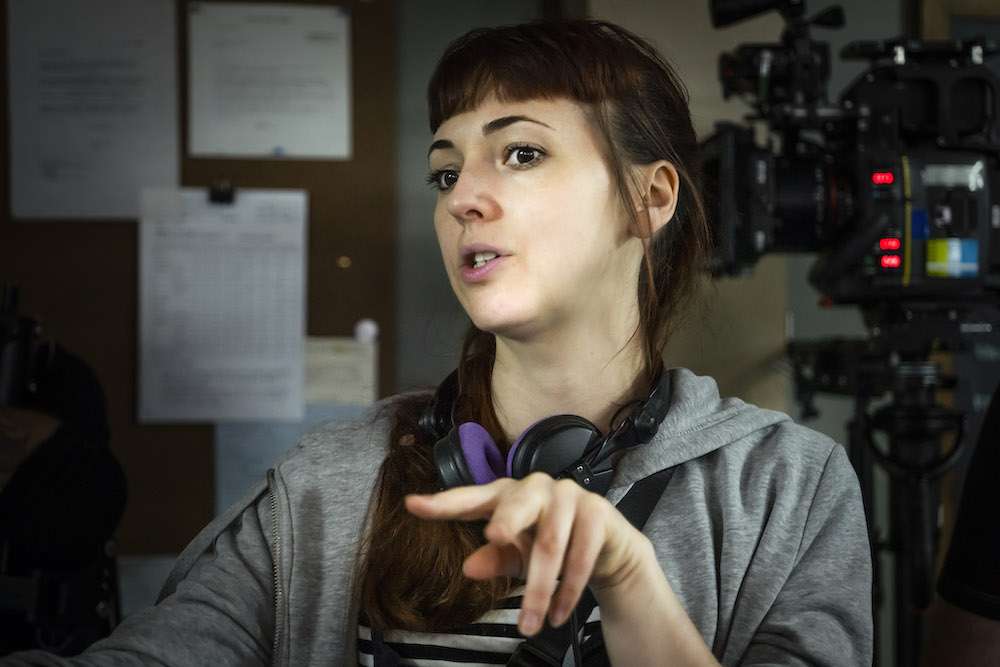 “When you’re setting out to make a film, you need to find good producers and I was fortunate to meet Helen Jones from Silver Salt Films via Underwire Film Festival.

“There are lots of practical things to sort out before making a film, lots of hoops to jump through and you have to become resilient because you can fall at any one of the many hurdles. I was so determined to make Censor, but had serious questions to answer… how will we get to make it? Who is going to come onboard with me and… are they the best partners?”

“Sometimes, funding comes with strings attached, so you need to ask yourself, are we all setting out to make the same film, will the finance be cast-dependent?”

Prano explained that it’s not only actors who have to deal with rejection. “You have to make yourself resilient, it’s very competitive and there is a lot of rejection, just like actors going for a role – only one will get the part, it’s like that with film financing – the pot is finite.

“It’s a process that you have to deal with, you can’t let it stop you if you really want to make films. You must make yourself robust and find a way to navigate making your own work come to life.” 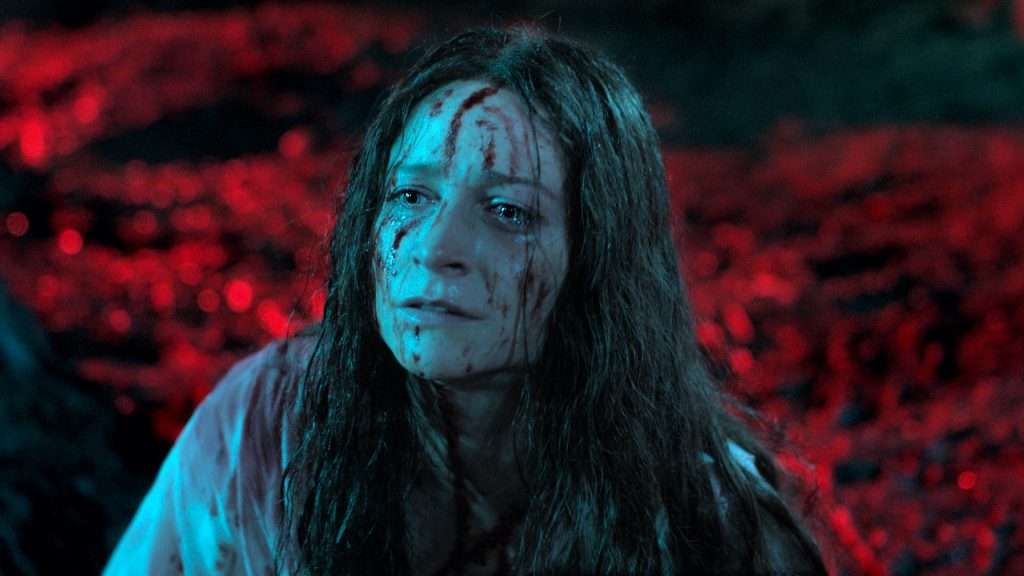 When it came to Censor, Prano had a specific vision of what the film was going to look like. It was to be a period setting (1980s), but Prano didn’t want it to be 80s ‘pop’ or stereotypical. She wanted to portray ‘worn down Thatcher’s Britain.’

“We didn’t have a huge budget, so the challenge was to find somewhere that could accommodate what we were looking for and we found that in Leeds.

“We found people who were willing, friendly and accommodating and a landscape that had everything – office interiors, houses, a forest. Leeds and the surrounding area had all those things.

“We tried to hire and cast locally where we could. And, because Leeds is so accessible, we were able to hire additional crew from Manchester, Newcastle and Scotland.”

Censor has been an enormous success for Prano. The film was submitted to the Sundance FilmFestival before it was even finished in order to meet the festival submission deadline. 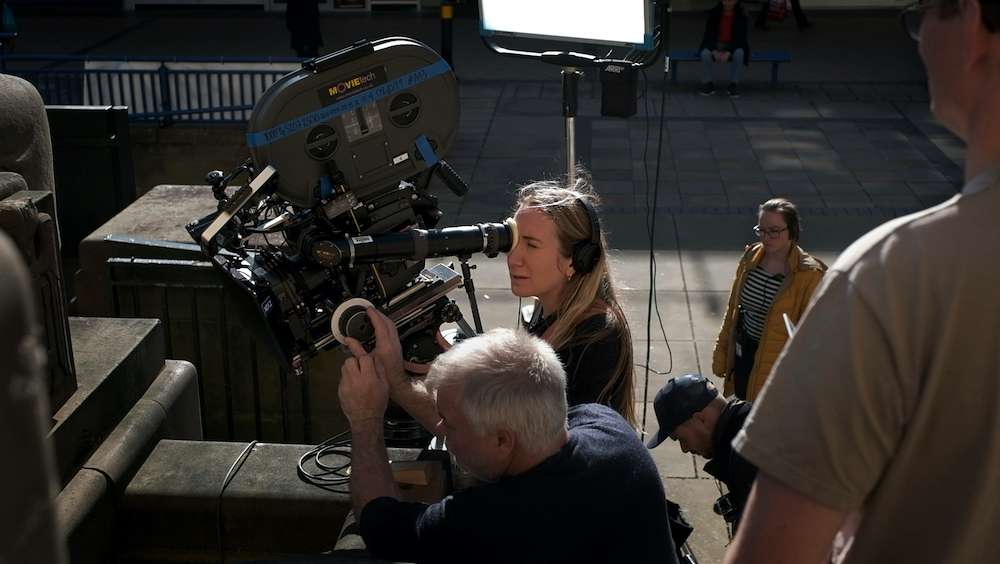 “Sundance reacted so positively to Censor, and invited the film to have its world premiere there in January 2021. It was wonderful to have this commendation from this amazing festival, but it doesn’t take away the nerves of releasing your film to the world, wondering how people will react to it.”

“It’s been a really incredible year, Sundance, Berlin and nine nominations for the British Independent Film Awards (BIFAs). The press response has also been hugely positive too, it’s been a whirlwind, the best it could have gone.

“You hope, but you don’t know until it’s out there. When it comes to the press you have to remind yourself that what they’re writing are their opinions and you perhaps ought to take what they’ve written with a pinch of salt, even the best reviews – it goes both ways. These are opinions, they’re not facts. No film is going to please everyone.

Now Censor is done and dusted, Prano has found herself very busy. The success of the film has opened doors for her.

She said: “Censor proved that I could tell a longer story and it’s enabled me to have interesting meetings with some great people.

Prano is currently co-writing (with Anthony Fletcher who she also co-wrote Censor with) and directing Things We Lost In The Fire, a feature film produced by Rodrigo Teixeira (Call Me by Your Name, as well as writing several scripts.

Prano said: “The film landscape is changing, there are more exciting opportunities now for women in the industry. However, the statistics, sadly, are still not very balanced, so we still have a way to go to make the industry more balanced.

“Diversity is important, and it’s not just about gender… it’s about race, and background. We’re talking about the need for more diversity, and I hope that more awareness leads to more action.  We are seeing shifts, it’s slow but it’s happening.” 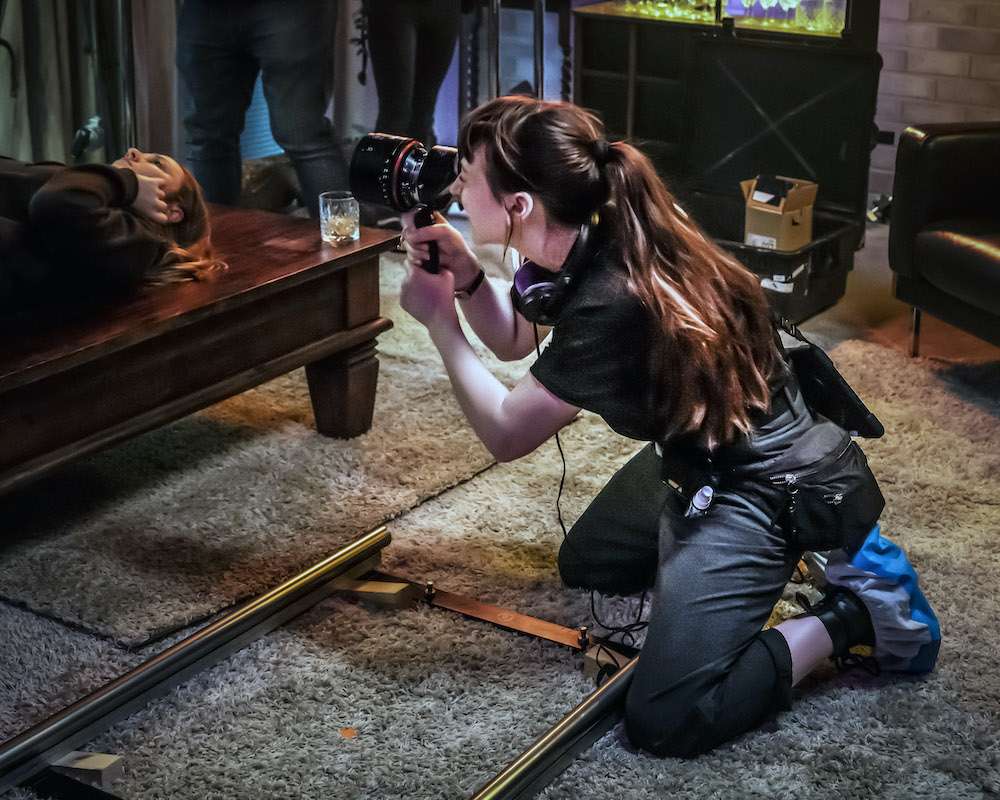 When Prano isn’t working flat out, she teaches at MetFilm School, who have just launched a new campus in Leeds.

“I find teaching hugely rewarding, I think because I’ve been through the process of making short films and getting them out there, I am able to share that experience. I learn a lot from the students too.

“I was thrilled when I heard MetFilm School was going to launch in Leeds – everything has been so London centric, and we need to develop industry opportunities in other areas of the UK. Leeds makes so much sense – it’s a great city and plenty of productions are filming up there.

“There is so much opportunity now – so much shooting happening in the UK. It’s a great industry to work in, it can be intense, the hours are long, and you have to work hard. But it’s an industry that’s booming right now and we need more passionate and talented people from across the country to support its growth.