IMAG’s involvement stems from an initial conversation between its technical sales and relationship manager, Jonathan Dyson, and Simon Garrett, who was working with event producer Second Sight to source a reliable company to supply the screens for Volkswagen’s virtual event.

“Having developed our own mobile LED virtual production facility, which is currently being used by companies such as Netflix and Amazon, we have first-hand experience of delivering a full ecosystem for all types of immersive events,” says Dyson. “When Simon got in touch to ask if iMAG wanted to be involved with the tender Volkswagen, I was very excited.”

iMAG’s creative production manager, Daniel Acland notes that a key challenge for the project overall was complying with safety regulations because of the sheer amount of people involved. “IMAG was delivering the video element, Second Sight the custom floor and clips for the cars to sit on, and then there was a camera crew and audio team. With all of us sharing the same facility, we had to be extra careful,” he says.

Acland also notes the key to the successful execution of the project was for each team to have a macro view of the job and cooperate fully with all other departments. “It is very easy to fall into a ‘silo mentality’ and just focus on your own role within a project,” he continues. “But this attitude lacks collaboration and creates disparity in the overall workflow. We made sure there was full transparency between everyone involved, along with a global schedule with specific timeslots for each team and a bit of contingency in case any team needed extra time.”

“Considering the scale of the project and how the screen had been designed, we chose to deploy disguise gx2c media servers,” says Tom Dziedziejko, Graymatter’s video design technician. “Thanks to their high quality and power, we could provide high-resolution content for the three custom backdrops.” 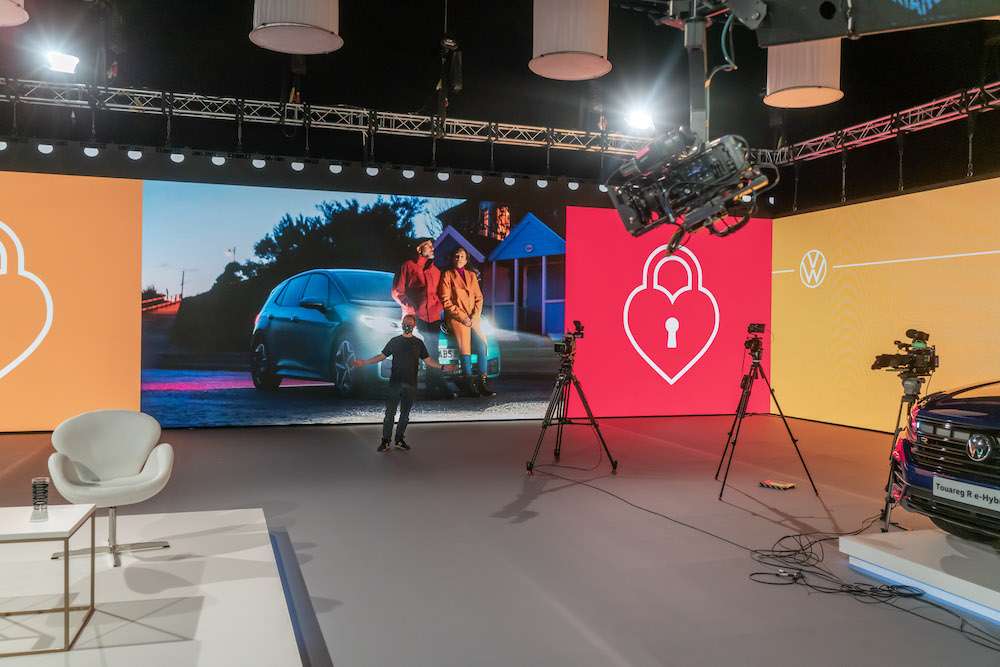 During the pre-production process, Dziedziejko prepared a real-time 3D scene simulator, modelled using software 3D blender 2.9 to reflect the size of the production. “After importing the 3D model and content, the disguise servers allowed me to timeline different conference scenarios. It was also helpful to have a content producer on site who could quickly advise what his vision should look like on the screens. The disguise media servers meant we could facilitate a much better workflow,” he says.

A Barco E2 event switcher was also used to control various elements of the signal including keynote, scaled disguise output and cameras. “E2 also controlled several speaker relay monitors, comfort monitors for the client area, and signals into disguise. With this setup, we were able to do any corrections needed on the presentations and video material in real-time,” Dziedziejko adds. 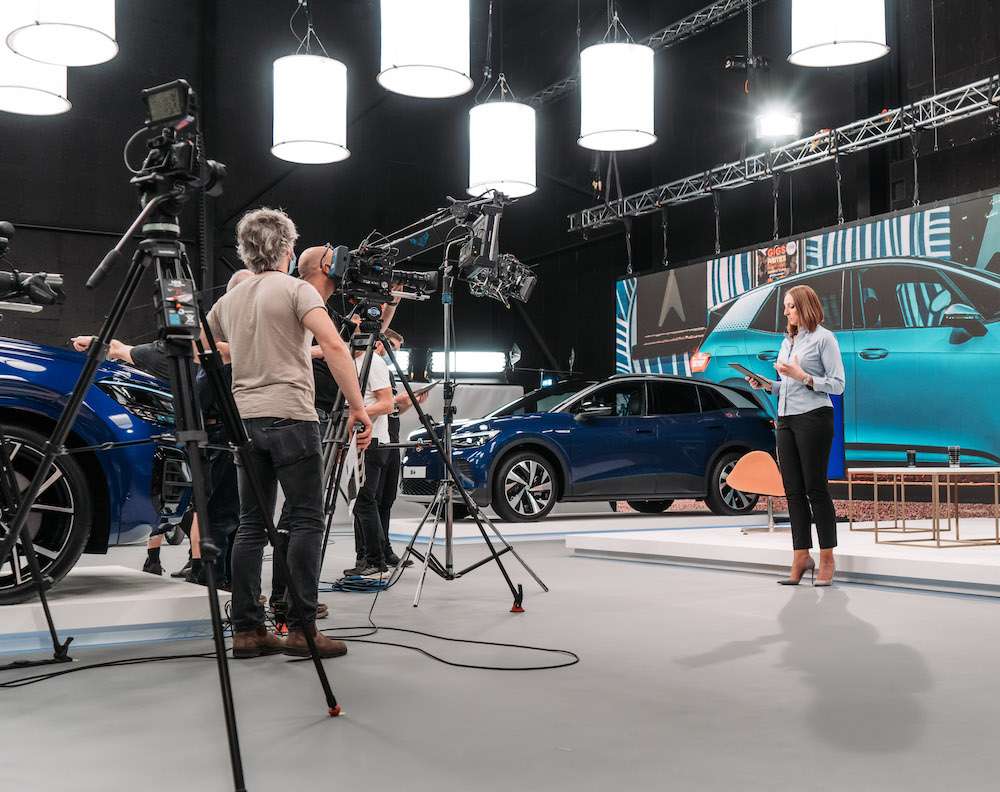 With iMAG’s entire fleet of ROE Visual LED panels dynamically calibrated with Brompton Hydra measurement system, iMAG’s team was able to deliver the true-to-life colour accuracy and image bit depth of Brompton High Dynamic Range (HDR). By using Brompton Tessera SX40 processors, they could also utilise features such as ChromaTune and On Screen Colour Adjustment to make precise adjustments and corrections to the colours in the incoming video signal.

The feedback to the event was highly positive, with both Second Sight and Volkswagen complimenting everyone involved.

“I would like to thank everyone for their hard work and effort on this project. The set looked amazing and the entire team did a cracking job in bringing the whole thing to life for us,” says Guy Shayler, director at Second Sight. “They were a pleasure to work with.”

“Having the right equipment to support our projects is the backbone of what we do,” concludes Acland. “With so many teams involved and a very tight schedule, there was no room for error. The combination of ROE Visual LED and Brompton’s unfailing Tessera LED processing power, along with Graymatter’s control expertise and disguise servers’ creative show design and powerful content playback capacity means we can always be confident in the reliability of our equipment and the high quality of our service.”