Streamlining his workflow for on-set live grading and dailies transcoding is a top priority for DIT Tyler Isaacson. With a focus on commercials, which are most often quick-turn projects with myriad details, Isaacson is up for any combination of tools that can simplify his DIT workflow, increase his productivity, and give him the high quality results that satisfy his clients.

Isaacson began his career as a PA and then a camera PA. With a hankering to expand his production skills, he considers himself very fortunate to have been trained years ago by another DIT who also helped him establish contacts in New York City. “Now as a DIT, I get a front row seat to the DP’s work. My job is the most rewarding when we can collaborate to achieve a DP’s vision,” notes Isaacson. “I also get to work with some of the best crew anywhere and I love doing it.” Tyler is based in NYC and works globally. 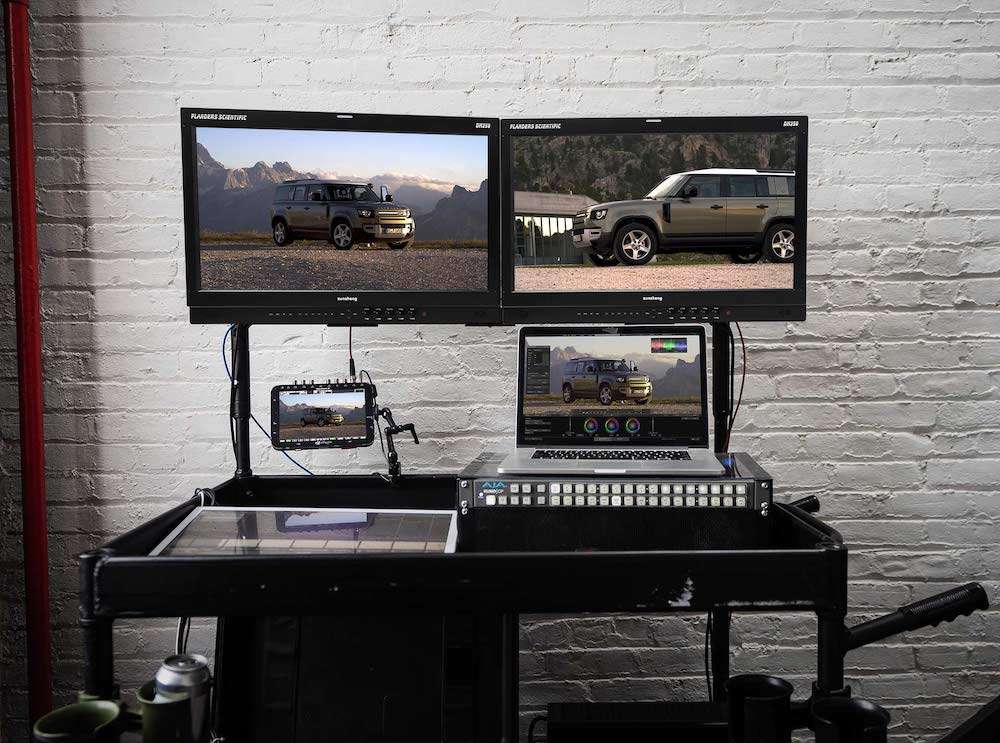 In a recent interview, Isaacson discussed how he works and the tools he uses.

The software I’m using now is essentially Assimilate’s DIT Pack that combines Live Looks for on-set live grading and Scratch Dailies for transcoding. I like that Assimilate software runs on both the Windows and macOS as it gives me flexibility in my work and in building my DIT cart for different projects. The experience of using a professional software that is actually designed to create dailies is just more robust and streamlined as compared to other software I was using before.

I’ve been using Scratch Dailies for more than five years now. I found Scratch because I was looking for a solution to create ProRes dailies on a PC. When I switched to the PC, before the new Mac Pro was out, I was able to process dailies faster than anyone, and when on-set, speed is a valuable commodity. Now I work on a custom windows 10 PC that I have built into a 1510 Pelican rolling case. With a 14 core Xeon CPU, RTX 2080 Ti GPU, and 8TB of SSD RAID, I’m rendering dailies fast.

I built the first version of this machine seven years ago for a travel job, and liked it so much I made it my main workstation and have been updating it ever since. The Scratch interface happens to work really well on a touch screen, and I love that the monitor lays flat on my cart so it isn’t in my eyeline. 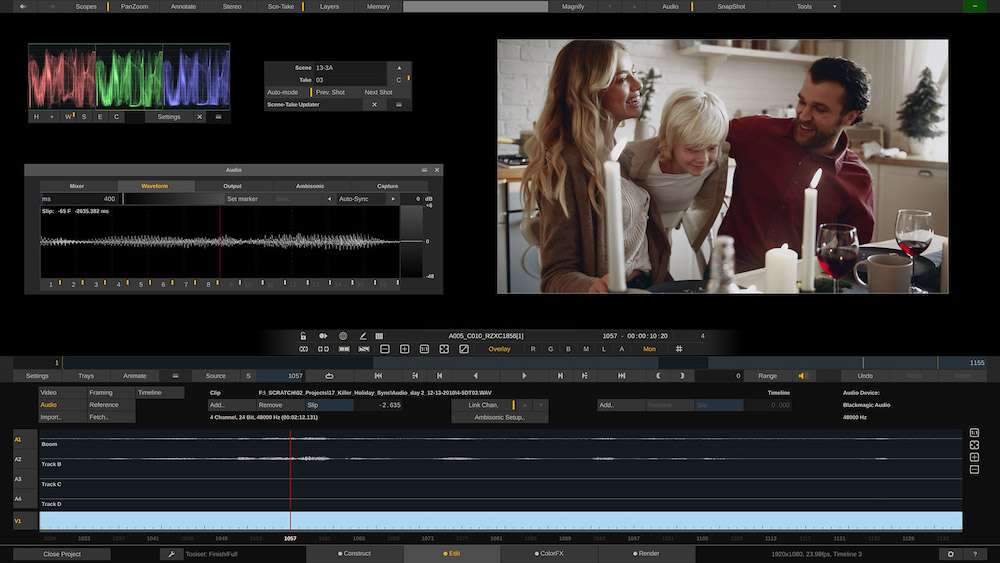 Scratch was designed with dailies in mind, not just finishing. Being able to manage resolutions, frame rates, and colour spaces individually by timeline (or reel) is hugely helpful, especially when dealing with multiple cameras and formats. Instead of just setting scaling “entire image to fit” you can actually see and adjust how Scratch is managing the scaling, on a per timeline basis. We are often dealing with Go Pros, footage shot on phones, and even bouncing between formats and resolutions on the same camera, and Scratch makes it easy to work with all of them in the same project. Scratch Dailies also makes it easy to generate multiple export formats at different resolutions from the same material.

It’s really important for DITs to be able to quickly create consistent dailies on set, while also managing other tasks. Having the powerful colour tools and curves editor from Scratch available live not only helps me and the DP set looks faster, but gives us more creative latitude too. A DP may not get a chance to sit in on the final grade, so achieving a look in the dailies is often the only chance the DPs get to review their work.

I just started using Live Looks within the last year.  While I do use a Mac for live grading, I have been looking for a reliable software that could run on other operating systems. Not surprisingly, the best things about Live Looks are its similarities and integration with Scratch. I was able to pick-up and use Live Looks in just a couple hours because I was already so familiar with Scratch.

My live grading hardware is based around Live Looks and FSI BoxIO, which pulls live images from it and all the embedded metadata. I built all of the gear into a small form-factor 8020 rack for portability. It contains a 16×16 AJA Kumo router, and 2 FSI BoxIO to live grade up to four cameras. It also powers my MacBook and has a video interface for out-putting grabs to my monitors. It’s all powered from a single 24V power supply so I only have one device to plug in. I’ve set it up to be hot swappable, and it can even be powered from a standard 24V camera block battery for six-plus hours. 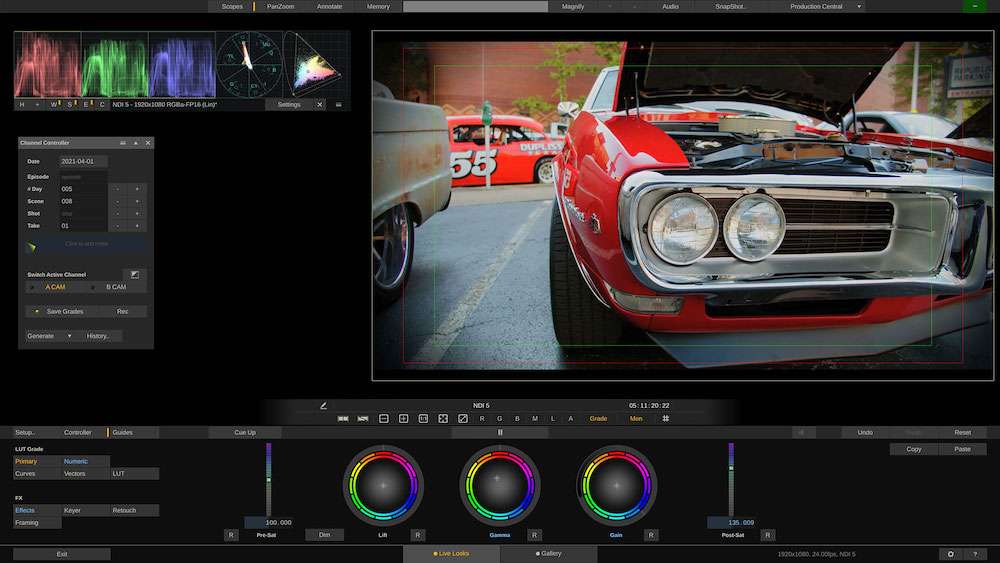 Live Looks fit into my workflow easily on day one. Exporting looks into Scratch is saving me time on my dailies grade, but also making my live grades look better.

The way Live Looks saves previous looks is very intuitive and easy to browse. It’s so much simpler to use than software I was using before. I can quickly pull up old grades, and match grades to dailies as I work. Having a look “memory”, in addition to previously saved grades, makes it easy for me to bounce between grades while working on a particular shot and I have the security of knowing my previous grades are still saved.

Assembling a Modular Cart
My cart is made up of modular components that I can easily combine in different arrangements to meet the need of a given shoot. The two core components are the video distribution/live grading kit and my transcoding workstation. Then I add whatever monitors (17” and 25” SONY OLEDs), scopes, battery back-up, wireless receivers, and other components the shoot requires.

On a really tight job, I will bring just my live grading equipment on-set, and setup my transcoding equipment on another cart near-set to run dailies. I can build out my cart with everything on a Yaeger Jr. cart for stage jobs, or split it up and pare down to a vertical Magliner cart for tight locations. 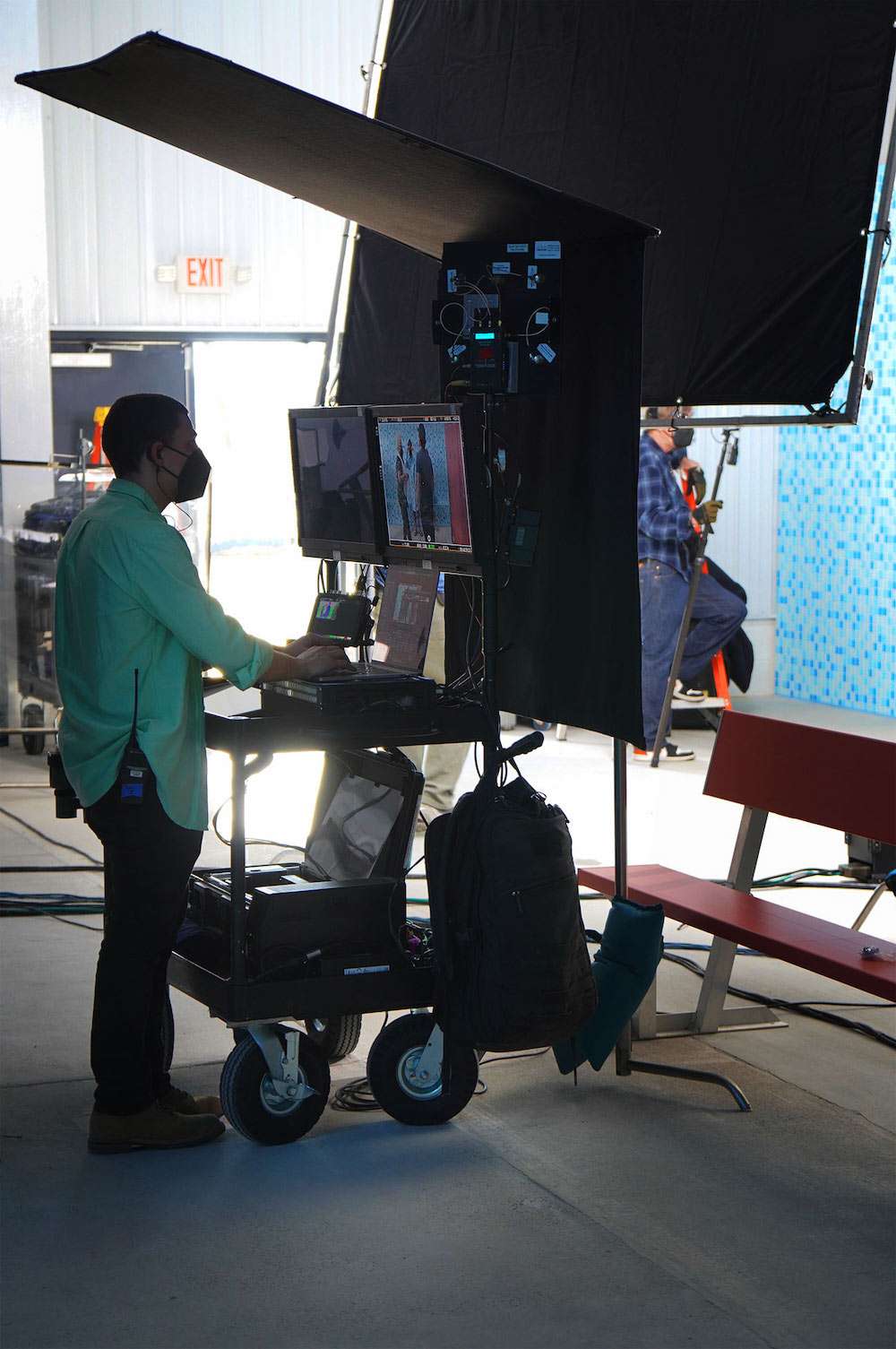 Simplified Workflow
With Scratch Dailies, I can quickly take footage from any camera, scale it correctly for a given dailies format, make quick colour adjustments, and deliver in any or multiple formats. And since it was designed for dailies, many of the important functions can be handled in just a few clicks, from importing, and scaling on import, syncing audio, to creating frame grabs.

For commercials, where we work on a project for just a few days, I’m doing a lot of repetitive tasks – like creating projects, defining settings, creating timelines – so, streamlining small parts of the workflow really add up. For example, even creating and saving export templates is streamlined. To avoid making mistakes, I create a new export template for every job I work on. That means creating dozens of templates a year. In Scratch, it’s quick and easy for me to create and delete those templates, saving me time on set.

The Live Looks integration with Scratch Dailies is seamless and a huge workflow boost for me. Being able to fully transfer controls with curves and all adjustment from Live Looks to Scratch is amazing. This is miles beyond just applying a CDL as a starting point. Not only do I have more control over the live image with curves, especially hue-hue and hue-sat curves, but being able to apply those exact same curves in Scratch Dailies and then being able to edit them is another time savings.

One of my favourite features is frame grabs. It seems like a simple thing, but pulling high quality grabs is actually a convoluted, multi-step process in other software. And don’t even get me started on colour accuracy on frame grabs from other software. DPs often want to walk away from set with high quality colour references, because they know this may be their only chance to review their work or give colour notes on a project. In Scratch, I literally only have to push one button to create a full-resolution, colour-accurate still.

Another unique feature is being able to look at or work on timelines while Scratch is rendering in the background. DPs are often busy operating on commercials and don’t get many chances to work with me on dailies, so when they do have a moment to come to my cart I don’t want to tell them we can’t review footage because I’m rendering right now (or else lose rendering time).

Not a feature, but often critical, is the professional service and support from Assimilate. If I have any issue with Scratch or Live Looks, for example, working with a brand new camera that isn’t fully supported on other platforms, I can send an email 24/7 and know that a real person (who I know by name) will reach out to me right away with real solutions.