The owners of Sunset Studios in Los Angeles and an investment firm have bought a 91-acre site in Hertfordshire for £120m. Subject to planning permission, the production centre would be built in Broxbourne.

Los Angeles-based studio owner and operator Hudson Pacific has joined with investment company Blackstone and they hoped to transform Broxbourne into a hub for UK and international productions.

The companies anticipated it would “contribute £300m annually to the local economy” and could create up to 4,500 jobs.

James Seppala, head of Blackstone Real Estate Europe, said the development would “deliver a world-class studio facility that will help ensure that the UK continues to be a premiere destination for content production globally”.

The government said it was “supporting” the development of such stage spaces across the UK. 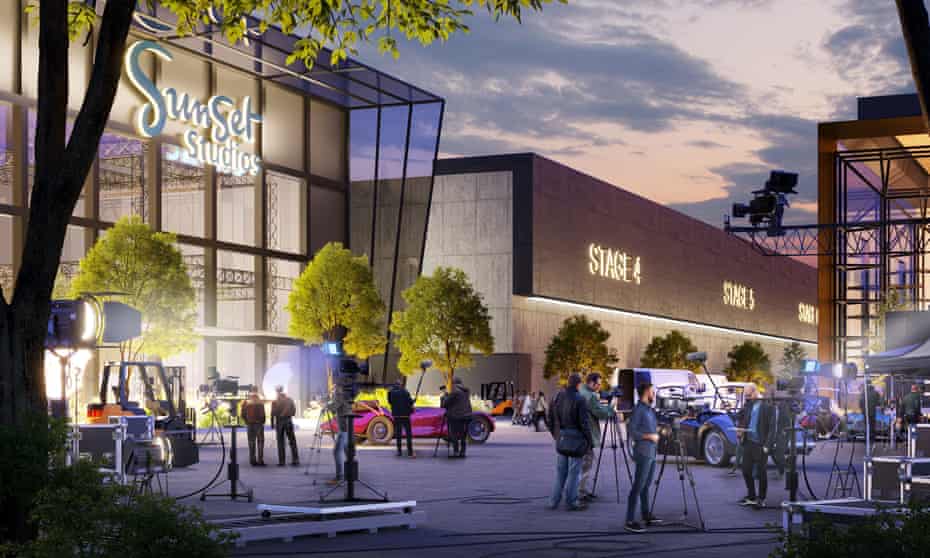 Oliver Dowden, Secretary of State for Digital, Culture, Media and Sport, said: “This new studio is yet another vote of confidence in the UK’s booming film and TV industry.

“Through the British Film Commission, we’re supporting the development of stage spaces like this across the UK – boosting the local economy and backing our world-class creatives to make the next Bond blockbuster or bingeworthy box set.”

Sunset is expected to be the largest film and TV studio campus in the UK, with between 15 and 25 sound stages contributing £300m a year to the local economy, if planning approval is given. The group currently owns three studios in Hollywood and announced plans for a fourth – Sunset Glenoaks – last week.

The area is already home to independent Elstree Studios, where Paddington, Netflix series The Crown and the BBC’s Strictly Come Dancing are filmed, as well as the BBC’s own Elstree studio, which is home to EastEnders.

The prime minister, Boris Johnson, welcomed the project saying it was “excellent news for the UK’s film and TV industry”.

“The creative industries are at the heart of our plans to build back better. This will be a hub for both UK and international productions, showcasing homegrown talent on the global stage,” he said.