A Very British Scandal, a three-part BBC/Amazon co-production by Blueprint Pictures, is writer Sarah Phelps’ story of how beautiful heiress Margaret Sweeny (Claire Foy) first falls madly in, then most definitely out, of love with the Duke Of Argyll, Ian Campbell (Paul Bettany). It spans the 1930s to the early 1960s, when the aristocrats’ divorce enthralled the nation, but director Anne Sewitsky created something more intriguing and richly-layered than the usual period drama.

Much of that richness is thanks to the cinematography of British DP Si Bell who, with striking work on Peaky Blinders, The Serpent, Pennyworth and A Christmas Carol to his credit, is no stranger to a bit of period drama himself.

“I got a call from Chris Ballantyne, who I worked with on Peaky Blinders. He was producing A Very British Scandal, but the DP they originally wanted couldn’t get into the country because of Covid restrictions,” says Bell.

Bell agreed to read the script, but it was a Zoom call with Sewitsky that persuaded him to get on-board. “Anne is brilliant and passionate, the real deal,” says Bell. “She’s got strong opinions and a good vision of what she wants. I just thought, ‘I’m going to do this’, and the next week I was in Scotland on a castle recce. 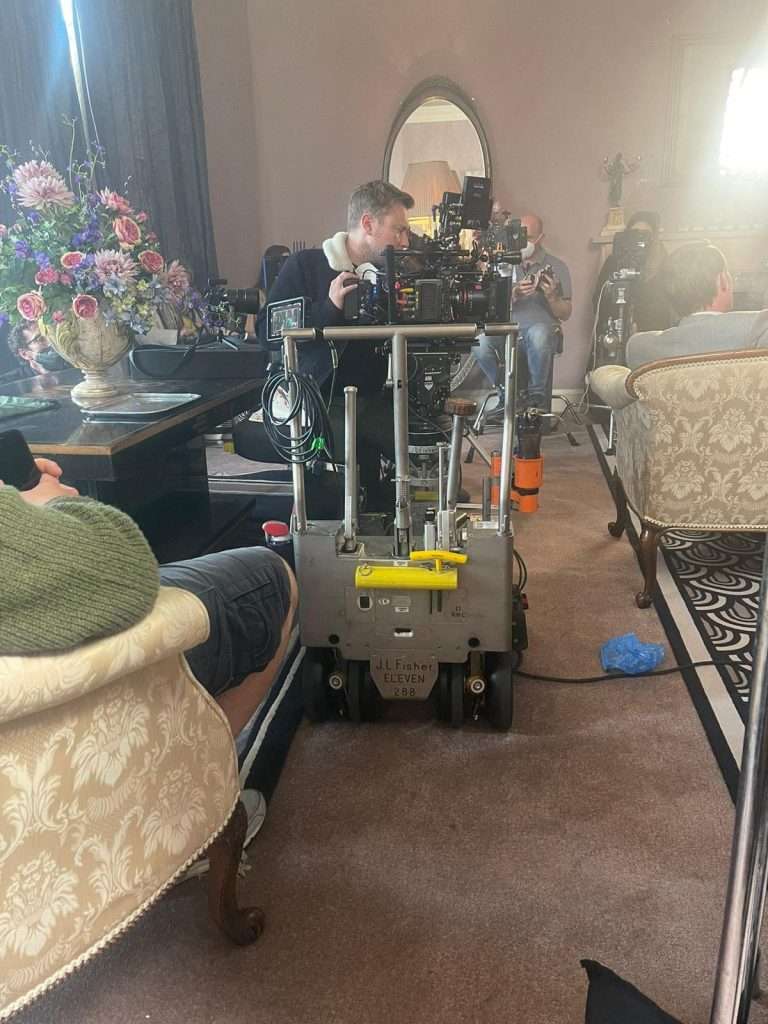 “A Very British Scandal is a character study of two people and their relationship. They hate each other by the end,” says Bell. “We were trying to be intimate, to lean into the emotions and to tell the story in the best way we could. Anne wanted it to be as naturalistic as possible, and wanted a lot of close focus.”

“Canon K-35s flare nicely and have a lovely soft quality”

After testing lots of spherical lenses, the vintage Canon K-35s won out. “They have such a strong look, they flare up so nicely and they’ve got a lovely soft quality to them,” says Bell. “They’re such fast lenses too that you can shoot wide open and get a really low depth-of-field, which we used on the more intimate close-ups.”

After testing, the ARRI Alexa Mini was chosen as the principal camera.

“We were going to use the Ronin 2 DJI stabilisation system a lot, as well as handheld, so we wanted a really small camera and to be as flexible as possible,” says Bell. “Along with A and B-cameras, we had a separate body which was built for the Ronin, so we could shoot that and then go back to handheld without having to spend time changing or modifying any bits of kit.”

This became part of the visual style; an early scene where Foy’s character is exploring the castle is handheld, cut with smooth shots from the Ronin. 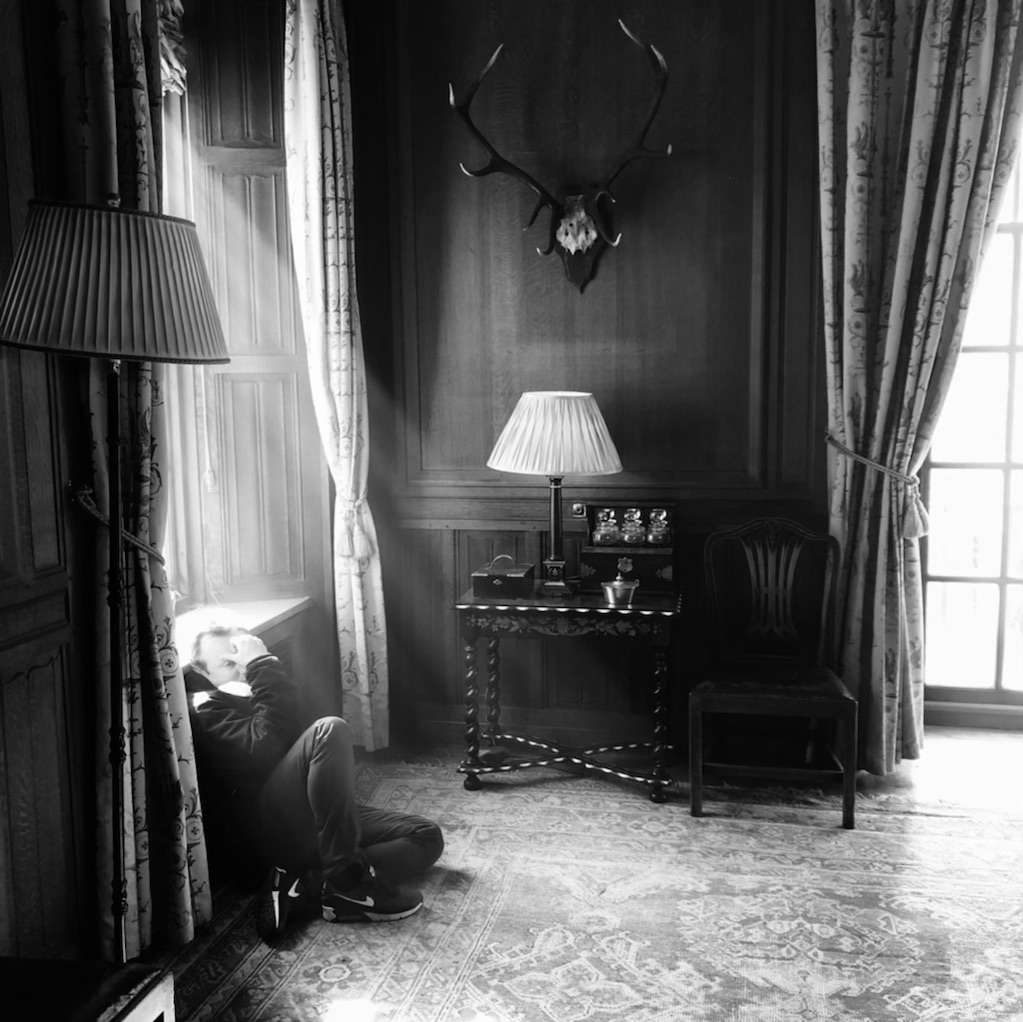 “We used the Ronin on the dolly, or the grips would carry it through crowds of people, or whatever,” says Bell. “I’d be operating the head remotely with DJI Master Wheels and talking to the grips on their headsets. If we needed to do a crane shot, we’d just put the Ronin on that.”

Even though the shoot involved a lot of handheld work, such as close-ups with the actors, Bell tried to keep the lighting to a standard that was quite unlike a documentary.

“A lot of the sets were lit from outside so that we could keep the floor very free and let us move around the actors and give them a lot of space. It allowed for the director and me to be organic, a bit more energetic with the camera and a bit freer,” he says.

“Generally we had big, 18K ARRIMAXs coming in from outside through the windows for the day scenes, and controlled the natural sunlight with 20x20s. We had tents for the night work so we could have moonlight on the windows,” he continues. “For night scenes, I’d use a lot of Springballs on boom arms and there were a lot of practicals too. We changed all the bulbs to Tungsten 40W and had them on dimmers so we could tweak them depending on what the shot was, or whether the light was in the shot or not. We had a Litemat that we could rig on the ceiling, or we’d have ARRI SkyPanel s30 or s60 that would be either in Tungsten balance or daylight balance depending if we were doing a day or night scene.”

Bell says he engineered a more natural look for the close-ups.

“I’d always use 4×4 diffusion frames, so if I was shooting Claire, I’d have a SkyPanel for her keylight that would have a Chimera on it to soften it, plus an egg crate on the actual light. Then I’d typically put another 4×4 in front of that, and that would have an egg crate in front of it too. So she was lit by a super soft natural-looking light that’s really close to her,” says Bell. “The frame would keep the light off anything that it wasn’t meant to be on.”

Positioning the light was also precise. “On a close-up of Claire, if she’s looking at camera left, I would have the key light on her left side, with very minimal fill light. So as the camera looks at her, you get the fall-off of light around the side of her face closest to the camera. It creates a three-dimensional feel to the shot.”

Along with the lighting, the period-accurate costume and the production design, something else that pins A Very British Scandal firmly in time and place is the overall look.

“We wanted to give this production a texture, for it to have a filmic quality,” says Bell. “We found this film-emulation LUT and tweaked it, then sent it to the colourist, Asa Shoul at Warner Bros. De Lane Lea Studios, to work with. The result was a two-tone LUT, so when it’s slightly underexposed it goes a bit cooler and the highlights are warmer, and on top of that we added a super-subtle grain.”

A Very British Scandal was filmed mostly in London and Scotland around Loch Fyne and Inveraray, the ancestral seat of the Duke Of Argyll. 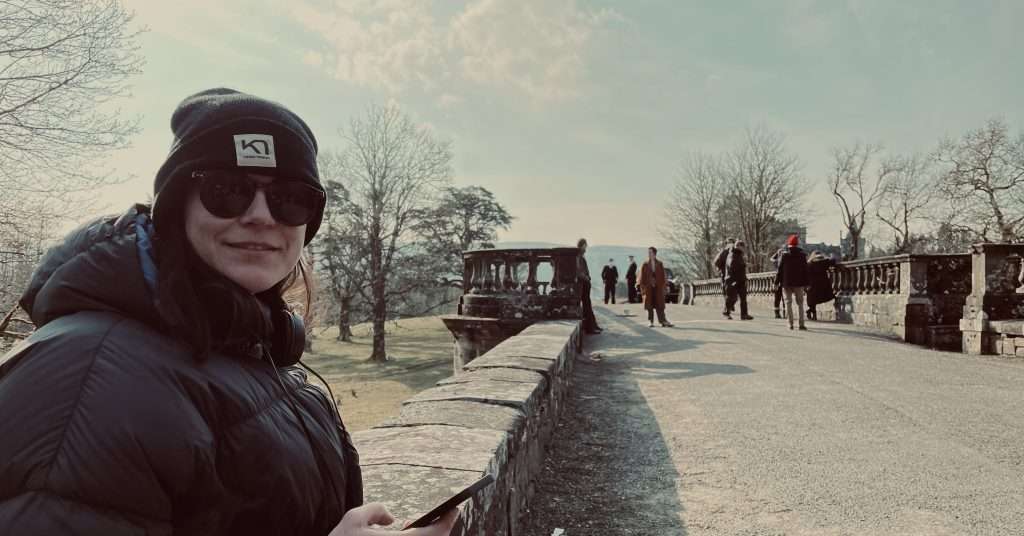 “The weekend before we shot anything, Anne and I went up to Inveraray. In the hotel bar looking over the Loch we went through the script scene-by-scene,” says Bell. “We’d obviously planned roughly around the locations, but now we went through everything in real detail and came up with not just shot lists, but what we wanted to do and the style of the scenes. It involved loads of logistics trying to figure out how we were going to make everything fit.”

A Very British Scandal has the look of a much higher-budget film production, including drone shots of speedboats and a sunken wreck on Loch Fyne, as well as sweeping shots of Glen Etive, and a full steam train.

“For the train shots, while we were rigging the train with cameras for shooting the dialogue, we also had the second unit with cameras rigged on the outside of the train, on the roof to get the steam coming through, plus one right on the pistons; so we were shooting all of that at the same time,” says Bell. “We were trying to maximise every single element that we had. 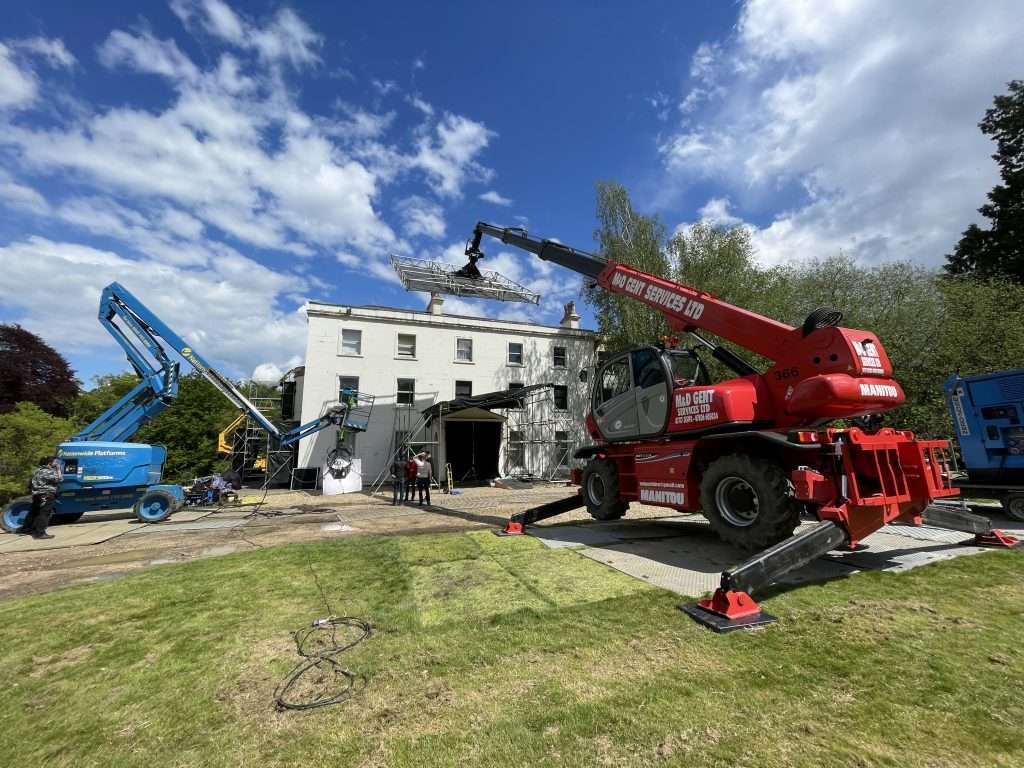 Bell is full of praise for the production team. “Donald MacKinnon, our Glasgow-based line producer, was outstanding. He knew the ambition that Anne and I had and was fully on-board and made everything happen. He understood how to push the production value. He was totally hands-on – a brilliant person to collaborate with. Chris Ballantyne was also super-supportive of what we wanted to do, so we felt we could always just push as much as we wanted to.

“My grip Paul Kemp was really great, as was Ramil Sheriff on his first job as gaffer. It wasn’t a small scale production by any means, and they did a really brilliant job, absolutely great,” adds Bell. “Jamie Hicks, who was the second unit and B-camera operator also did outstanding work throughout, while both the focus pullers, Brian Dungan and Evalina Norgren, were absolutely brilliant and did some exceptional work. And Asa who did the final grade, was a pleasure to work with.”

Bell concludes, “ A Very British Scandal has come out really well. It was a really rewarding project because we had such a great director. It could have been quite a standard sort of period drama, but we tried to make it into something a little bit different and a bit more nuanced.”