On 3 October, 200 drones took to the skies above Burg Giebichenstein in Halle (Saale) and assembled themselves into symbols and catchwords of German Unity. The exclusive multimedia drone show by Jens Hillenkötter and his company JH Technology Arts was the highlight of the closing celebrations for German Unity Day, which were broadcast live on television. One floor further down – in the inner courtyard of the castle ruins – numerous moving lights from Ayrton set the scene for the multi-layered live setting in parallel. 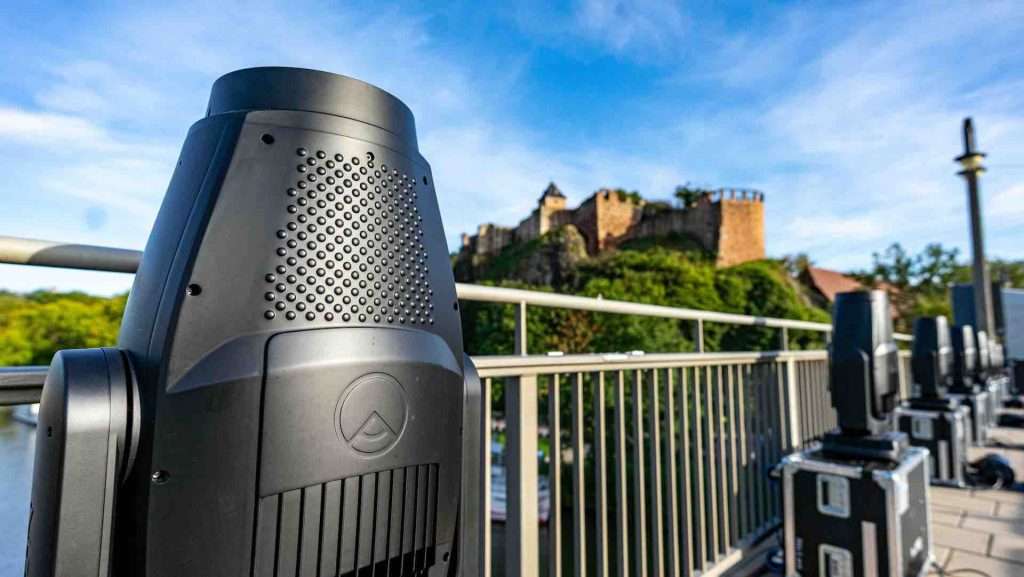 “The castle ruin is a very special location and combines the historical with the digital, because the whole show is designed to be followed via TV or digital streams,” says Jens Hillenkötter, who has already been responsible for numerous sensational light and drone shows in recent years. “The lighting design plays an elementary role here, because we not only have various camera formations for the broadcast, but also live musicians and orchestras in the show, which all have to be set in perfect light. We want a big look that makes its impact even from a distance.” 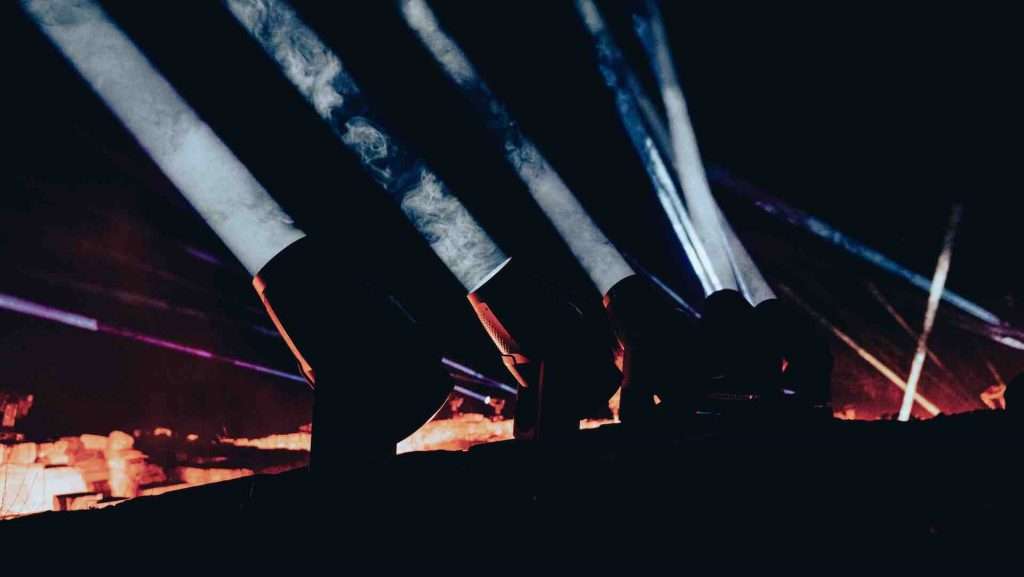 In total, the experienced lighting designer relied on 64 Ayrton Perseo Beam, as well as 14 Ayrton Domino-S, IP65 moving lights placed throughout the winding castle ruins as well as along the large bridge at the foot of the castle. “We needed fixtures that were not only compact, lightweight and weatherproof, but also offered a tremendous amount of flexibility, because with this show and this setting, it was clear from the start that there would always be changes. What is a beam fixture today, I might need for an open white wash tomorrow.”

In the course of a large lighting shoot-out in the run-up to the show planning, Jens Hillenkötter and his team had the opportunity to compare all potential manufacturers. The underlying question was: what is the ideal tool for each specific use? “The Perseo Beam convinced us above all with its compactness – especially when you consider that this is an outdoor lamp. In addition, it has a nice, defined beam and can also produce a soft fading light when needed.” Hillenkötter used the Perseo Beam again and again for the live musical acts on site – for example for singer/songwriter David Vidano, who switched between two stages during the show. 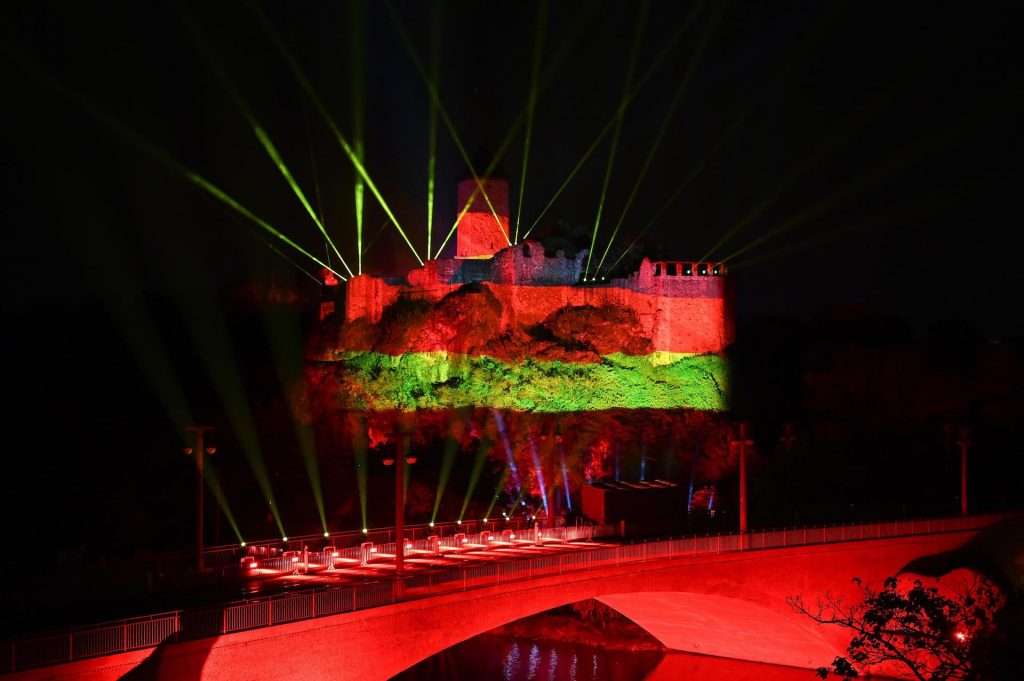 Jens Hillenkötter was equally impressed by the large zoom range of the Ayrton Perseo Beam. “I immediately noticed that the fixtures have a homogeneous beam without a hotspot, as you often find elsewhere.”

Wherever Jens Hillenkötter needed even more light output or wanted to achieve break-up effects, the Ayrton Domino-S were used, which with their large and defined zoom range and precise optics additionally provided structure in the lighting design. “In addition, the shutters were a great help in acute-angled lighting situations to avoid shining out of the castle everywhere.”

Ayrton is distributed exclusively in Germany by Lightpower GmbH.

The video of the show can be viewed here: https://youtu.be/pdhOpps8urQ

For more information on Ayrton Perseo Beam and Domino-S and the full range of LED lighting fixtures, visit www.ayrton.eu