Lauren is a thirty-something reticent woman who divides her time between a routine job in a cavernous warehouse and living peacefully with her husband in a small border town in Northern Ireland. The Brexit-enforced split from the Republic Of Ireland is nigh, casting a significant shadow over the populace that is still trying to heal from the generational trauma left by the Troubles, whilst Lauren struggles with her identity and inner demons. Suddenly, her younger sister, Kelly, reappears a year after she was reported missing, trying to rekindle the sibling bonds shattered by their mother’s suicide which shaped their lives in ways they still do not comprehend. And so begins an emotional journey of two women desperate for love and a sense of closure, who need to understand that the only way to break free from the trauma is by facing it together. 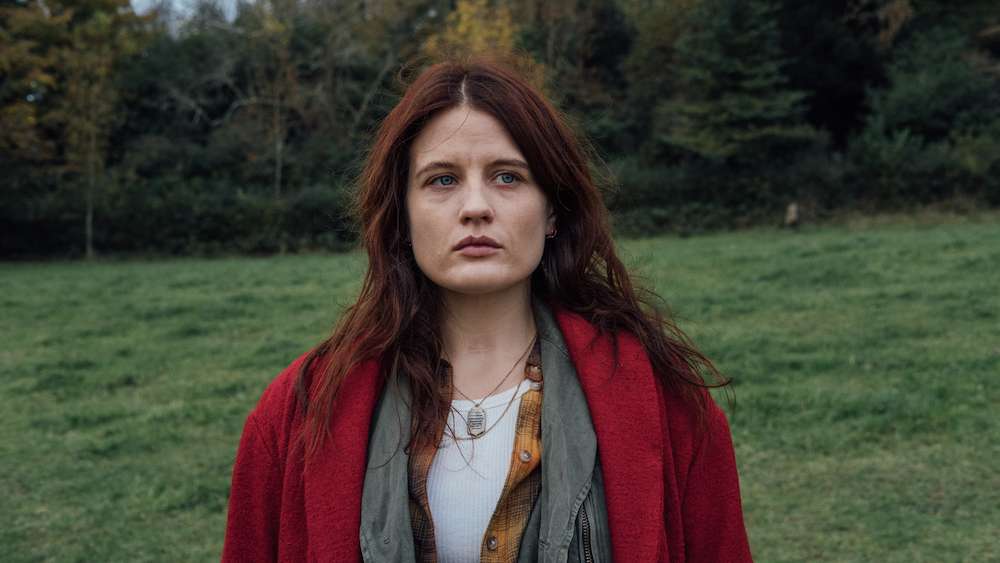 Cathy Brady’s feature debut is a complex story intertwining an immensely personal tale of two lost souls with a turbulent history. However, the director was keen on making it nowhere near the typical British kitchen sink realism. One of her ways was collaborating with Fournier, a cinematographer acclaimed for her exploration of different sides of being human under various layers of cinematic storytelling in films such as Céline Sciamma’s coming-of-age film Girlhood/Bande De Filles (2014).

“I liked the script’s different take on Irish history, but most of all I loved the way the relationship between the sisters evolves into something recognisable and inexplicable at the same time,” says Fournier. “Cathy had prepared it for years. She had a strong vision and a shorthand with the actresses, but as soon as I joined, I was invited to shape both the film’s visual language and the character dynamics.” 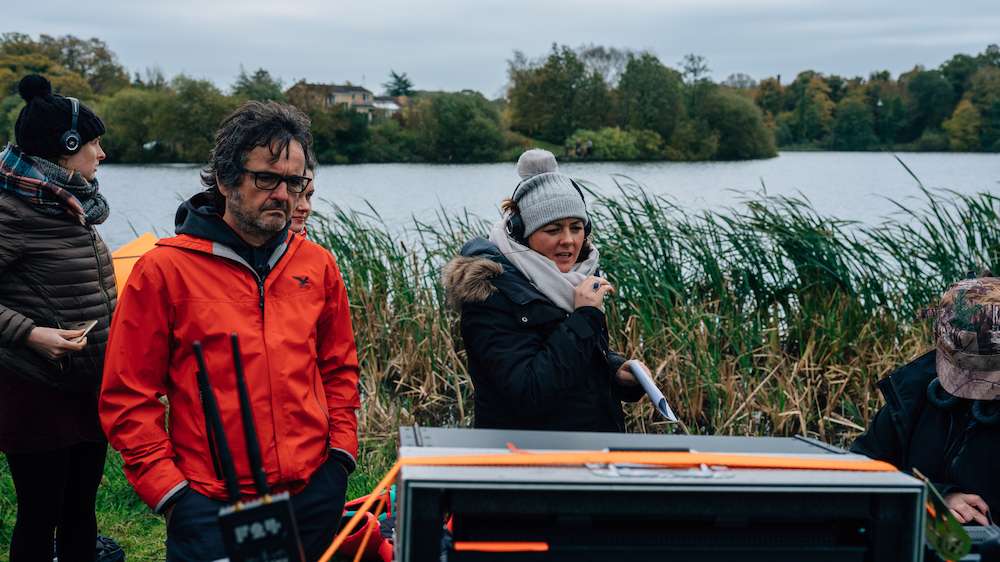 Fournier used the precious pre-shooting time to get acquainted with actresses Nora-Jane Noone and the late Nika McGuigan, both in terms of learning how they would move, talk, and react in the film, as well as on a personal level.

“This wasn’t a film you just shoot, we became a family. We shot in six weeks, plus some Saturdays with a small crew, but each day we felt energised by each other. The equipment we had, the lighting I set-up, these were just tools to capture the intimacy that had emerged before we walked on set,” recalls Fournier who decided upon ARRI Alexa Mini equipped with Zeiss Ultra Prime spherical lenses to make full use of the wider screen space of 2.35:1 ratio, and to infuse the elegantly looking sombre drama with a touch of surrealism to better depict Kelly’s increasing emotional volatility as well as an initially erratic bond she forms with her sister. 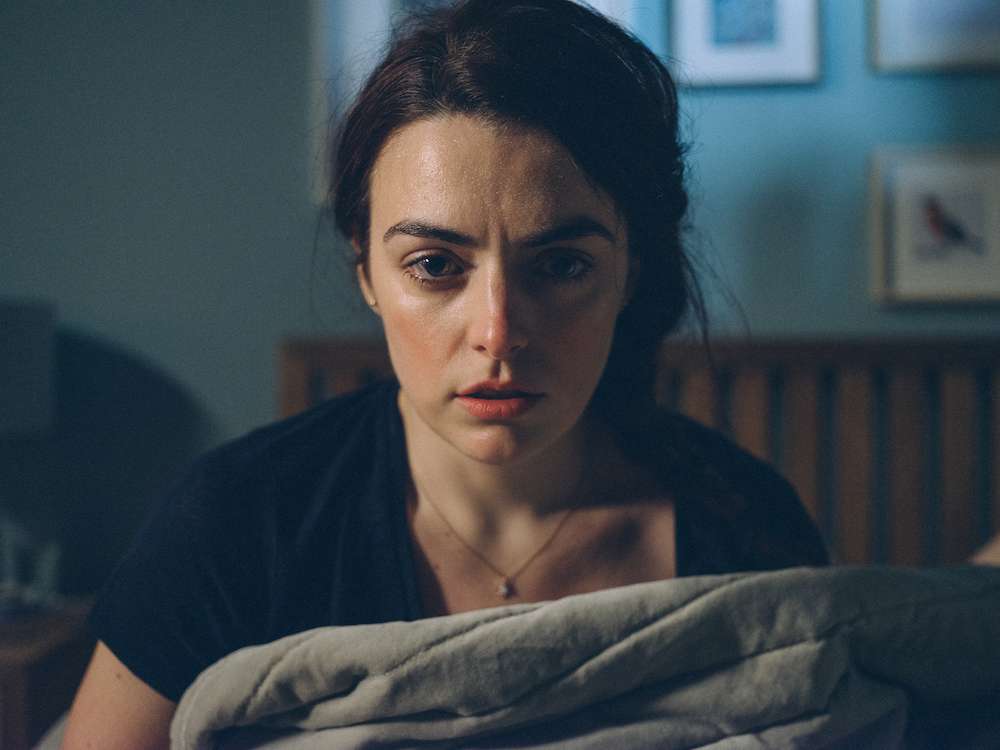 On the other hand, the memory-tinted flashbacks of the sisters’ fraught relationship with their mother, as well as some intense POV shots on a busy motorway, were shot with tilt-shift lenses.

“There’s not a lot of handheld camerawork in this film, but when it’s there, like on the motorway, you notice it, and it becomes a visceral experience for the viewer,” says Fournier who operated the camera throughout the whole shoot, apart from a few Steadicam and drone shots. Even when it required her to shoot at night on a pontoon floating on a lake in which Lauren and Kelly take a swim.

“We put a track just above the water and put a dolly on it which I was able to operate. Not very comfortable, but I’m proud of these scenes and their poetic quality, especially that we shot at night in October and had to hurry not to risk the actresses’ health”. 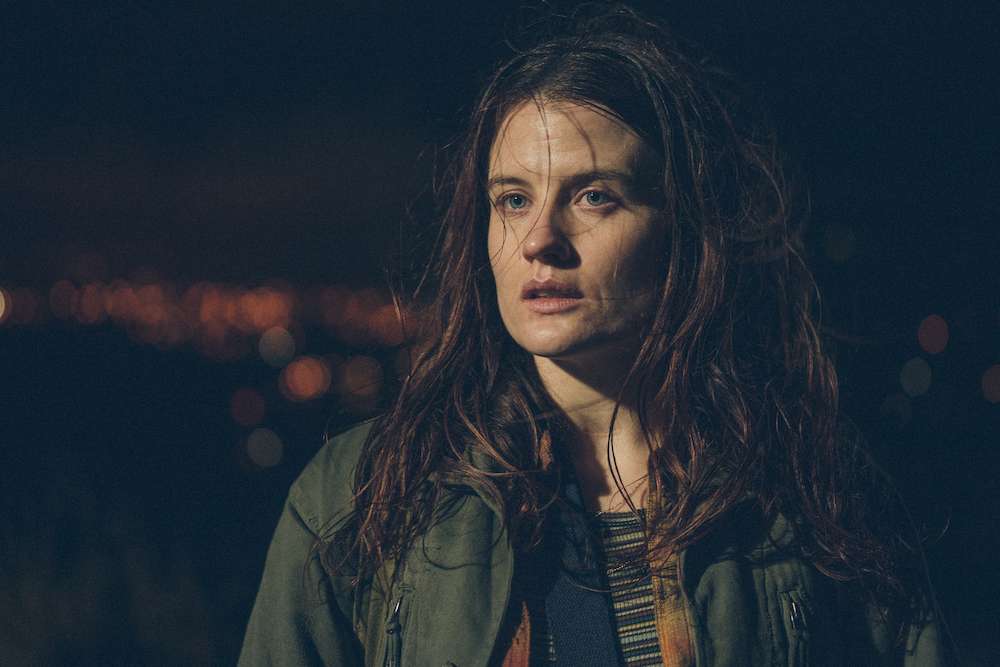 The film was shot from October to December 2018, almost entirely on location, with a number of emotionally challenging pick-ups scheduled after McGuigan tragically passed away from leukaemia in July 2019.

“We were meant to shoot in summer, but it turned out great as we used the greens giving up to rusted reds and browns to inform the sisters’ relationship. Interior scenes have a certain visual restraint that goes well with Lauren’s state-of-mind, but when we go wide in outdoor shots the film feels different,” remarks Fournier.

Needless to say, for exteriors the cinematographer worked mostly with natural light. “We sometimes used poly-board or something similar to manage contrast or improve faces, but I didn’t want to over-stylise the look. It had to remain subtle, like the camera movement – it’s discreet, designed to make you feel something is changing, even if you may not see it.” 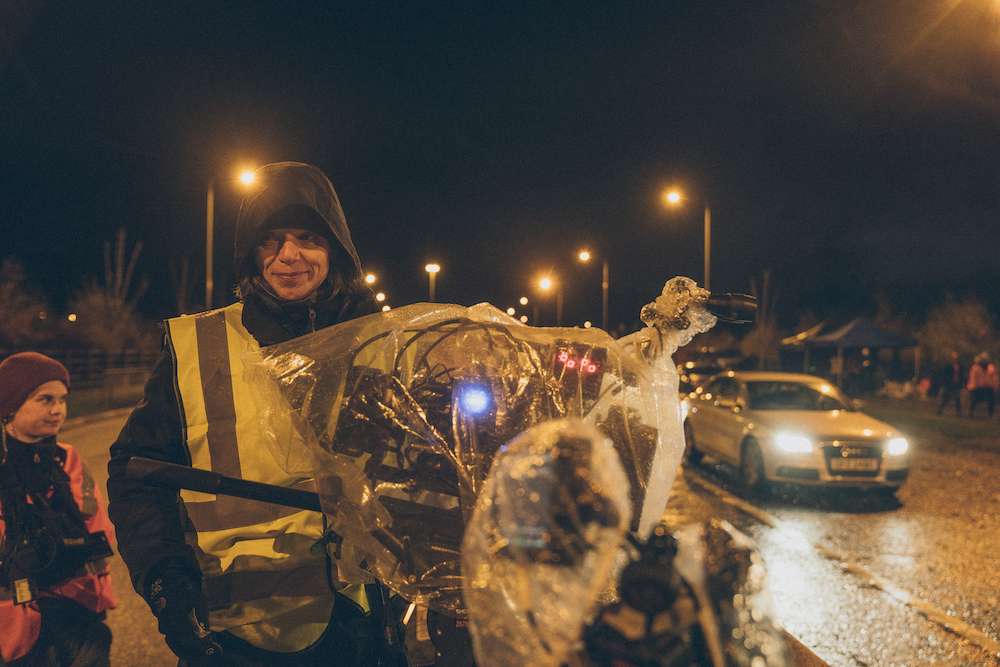 “Night exteriors were pretty difficult, though. We wanted to have a sense of cinematic darkness that would feel real at the same time. Especially when the sisters sit on a hill outside of the city, illuminated only by some distant city lights, in a place where you could actually forget about the harsh everydayness,” adds Fournier.

“So, we avoided sodium light and used mercury instead, things like that, but those were just small touches of something different that should not be consciously perceived by the viewer.”

One other memorable night-time exterior Fournier created was a flashback in which young Lauren and Kelly observe their mother taking photos near a spreading wildfire. 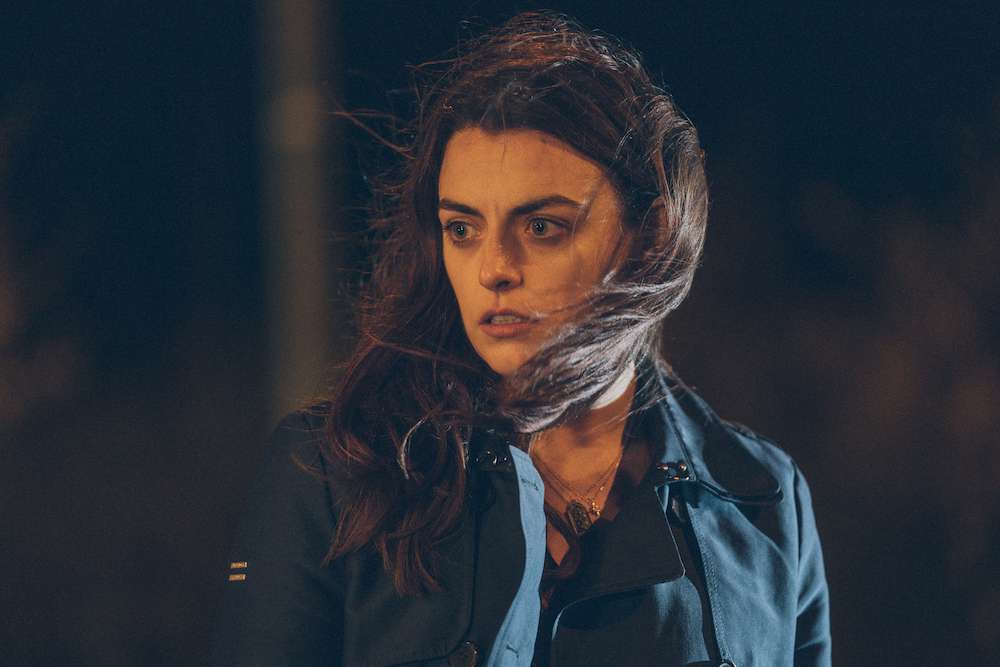 “This was done mostly on camera, only partly enhanced in post. I just needed more light than usual because if the exposure is at T5.6, the fire seems white.”

Fournier says that she is satisfied with how the long-gestating project turned out and hopes there are many others like that waiting ahead.

“I’m interested in what makes people become who they are, how emotions and feelings, even the ones we can’t control, shape us both personally and socially. Sure, this film can be viewed through a political angle, but for me it will always be a beautiful and poignant story of two fragile girls learning how to be with, and support, each other.” 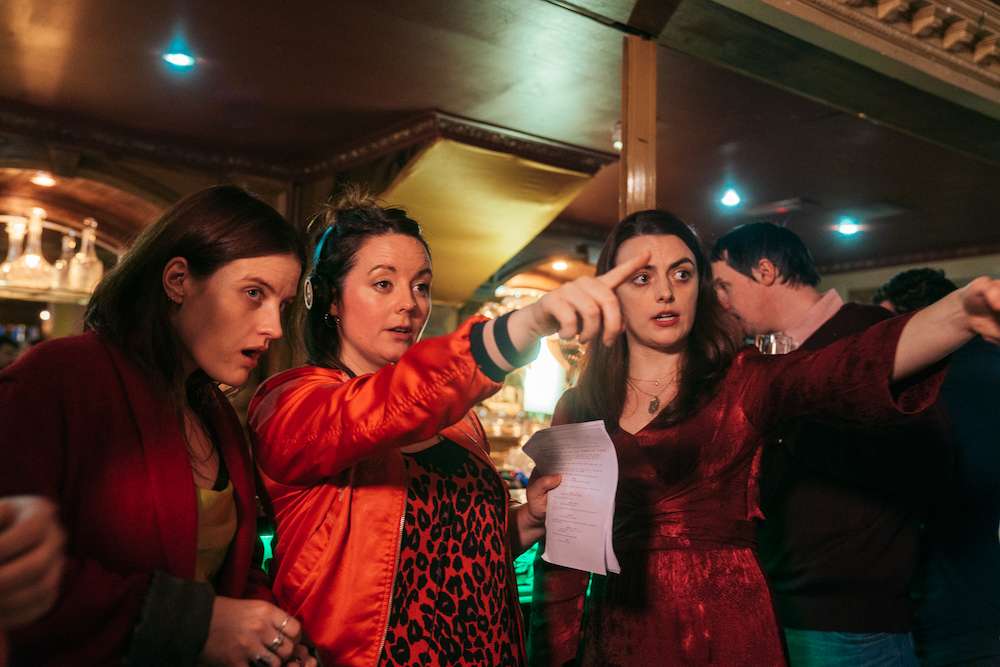 Thus, ultimately, Wildfire, a bittersweet Northern Ireland-set drama dealing with matters that are foreign to audiences outside of that cultural zone, is as Irish as one wants or needs it to be. Some viewers may see it through the perspective of the country’s violent and troubled past, whilst others will watch it as a universal tale that can resonate at any latitude. And that’s ok.

Your film is set against a background of pre-Brexit Northern Ireland still coming to terms with The Troubles. Is this important to you?

It is. I was born and raised in borderland Northern Ireland and was in my early teens just as the Troubles were ending. I have some memories of that intense time before the Good Friday Agreement in 1998 brought peace. When I decided to set Wildfire in Northern Ireland present day I had no idea that Brexit would happen. 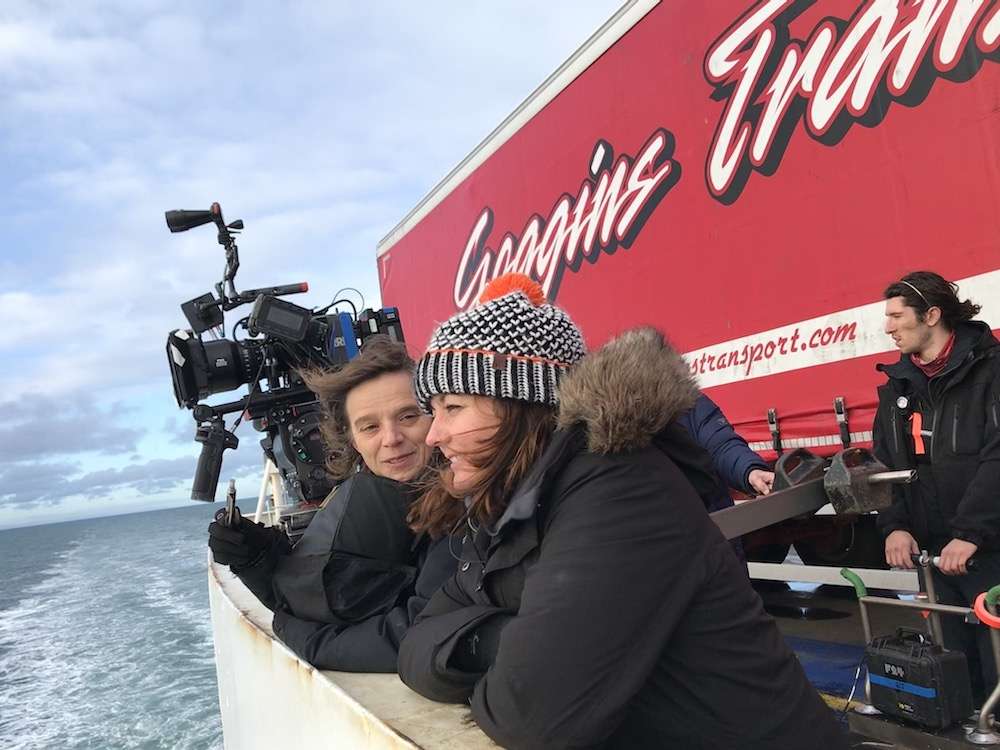 A lot changed over the five years developing this film. It made sense to include the impact of an on-coming Brexit, whilst also dealing with how the legacy of the Troubles is still reverberating within Lauren and Kelly’s life.

My intention was never to make a political film, but the more I grounded the characters and story, the more political it became. I hope that this is a film in which you get to walk in the shoes of these characters, understand that the past never stays buried and the best way to deal with it is through human connection.

Is this why you decided to become a filmmaker?

Originally, I was studying an art degree but I fell in love with the photography of Gregory Crewdson, how he worked with actors to distil the essence of a story within one frame. 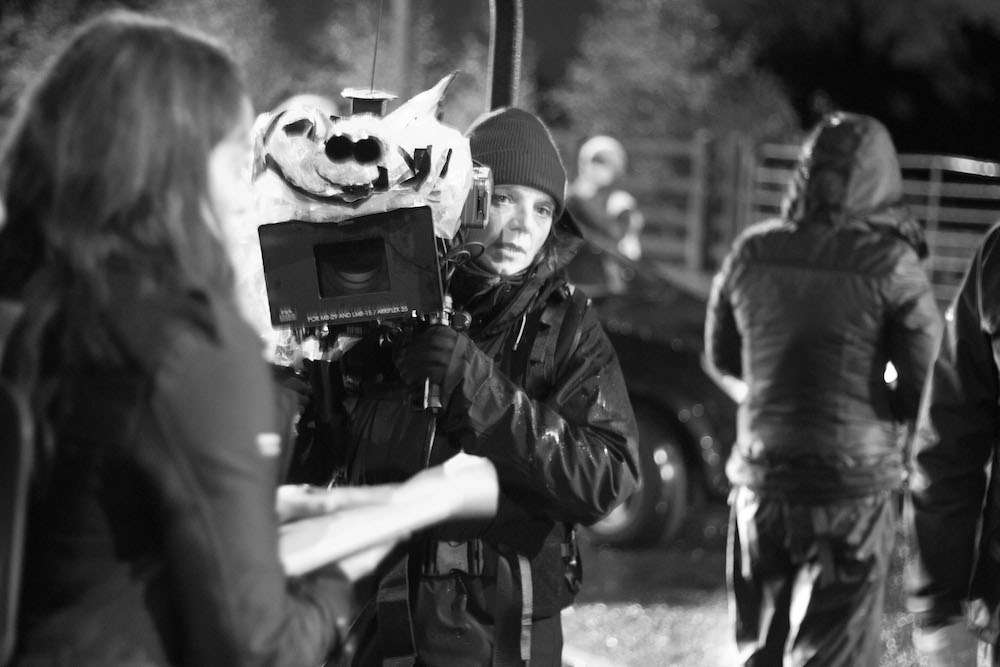 My love for filmmaking grew out of that passion for photography, I quickly realised that I wanted to work with moving images instead of a single image. So I left my art degree, did a couple of years working on various film sets in various roles and then finally transferred the remainder of my degree into a film school on the same campus.

My first short, Small Change (2010, DP Luca Rocchini) literally changed my life and opened up a lot of doors. Step-by-step, short-by-short, I became a filmmaker. I was very careful about making my first feature. It had to be a story I was truly obsessed and passionate about. I ended-up finding my lead cast before I found the story. I was inspired by their unique energy and built the characters and story around them. It was a very collaborative and unique process. I was very fortunate to be surrounded by producers and funders that believed in that vision.

Wildfire is a female-driven story shot and shaped by many creative women, still something quite scarce in the film industry.

Yes, there are many female creatives in front and behind the camera on Wildfire. Overall, our set was quite balanced. I look forward to the day we can just be filmmakers telling stories without the need for a ‘label’ and hyphen in front of what we do. 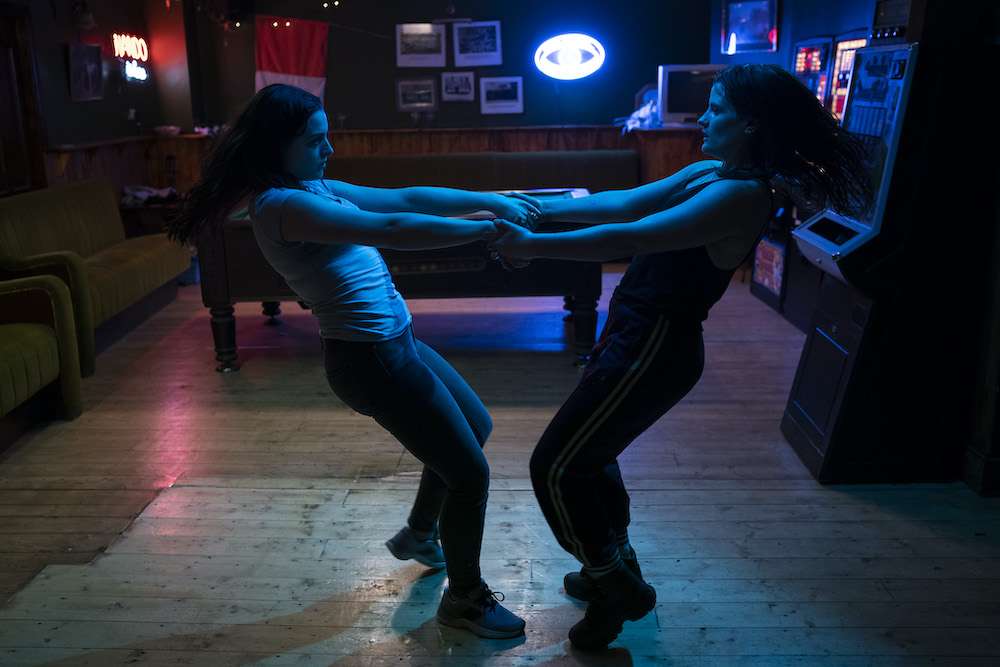 But there’s still much more work to be done, as well as providing opportunities for other minorities to tell and make their stories. The world of storytelling will be all the richer for it when we get to that point.

I know what you mean, no one is using the term ‘male director’, right? But I do sincerely believe that Wildfire might have become a somewhat lesser film if shot by a man.

I don’t know. It’s hard to say. I think the relationship I built with the lead actresses was specific to our personalities and curiosities. I’m sure another writer/director, whether male or female, would bring their own take and alter the film accordingly. 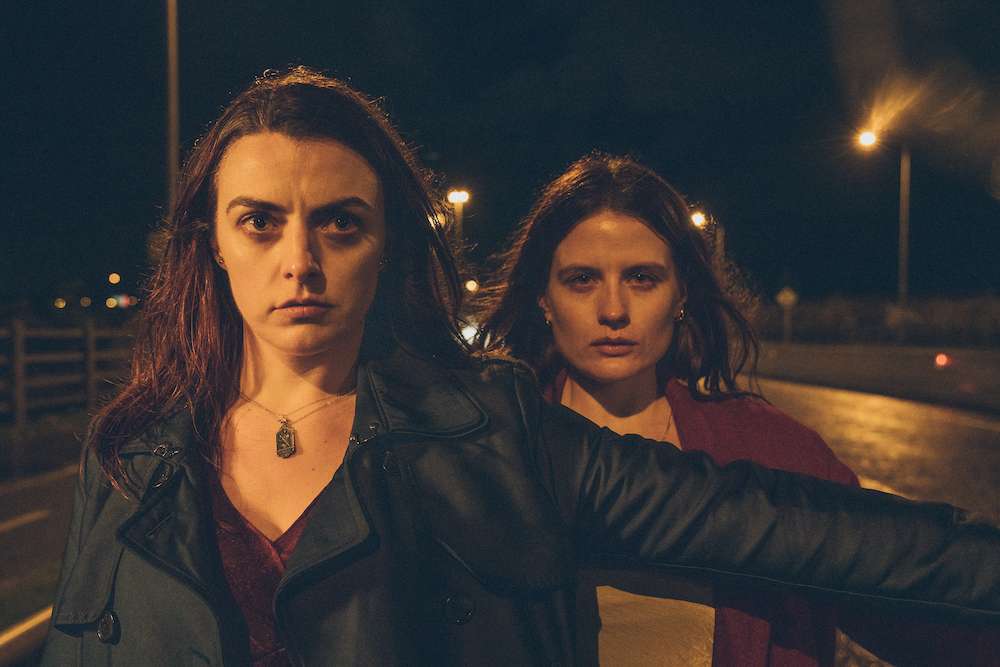 One thing I do feel strongly about is that we aren’t seeing enough complex female characters in films – but it is changing. In Wildfire, Kelly is in a state of mania, she’s not able to edit herself. Plus, she struggles with years of being told how to behave, how to talk, how to think. When she wants to communicate on her own terms, she’s told it’s not appropriate. I didn’t want to defend her, or judge her, but simply show how she is. This display of emotion can often be labelled as melodramatic or hysterical. I wonder would we be as quick to say the same about a male character going through the same experience or would we label it kitchen sink drama? I think this often happens with how female characters and female stories are received. Maybe in time as more complex female narratives are explored on screen this might fall away.