Ammonite tells the story of the acclaimed, but overlooked, 19th-century fossil hunter Mary Anning (Kate Winslet) and her relationship with a young woman, Charlotte (Saoirse Ronan), who is sent to convalesce in Lyme Regis on the Southern English coastline. Directed by Francis Lee, the film explores how two women from utterly different worlds begin a passionate and all-consuming love affair that will defy all social bounds and alter the course of both lives. 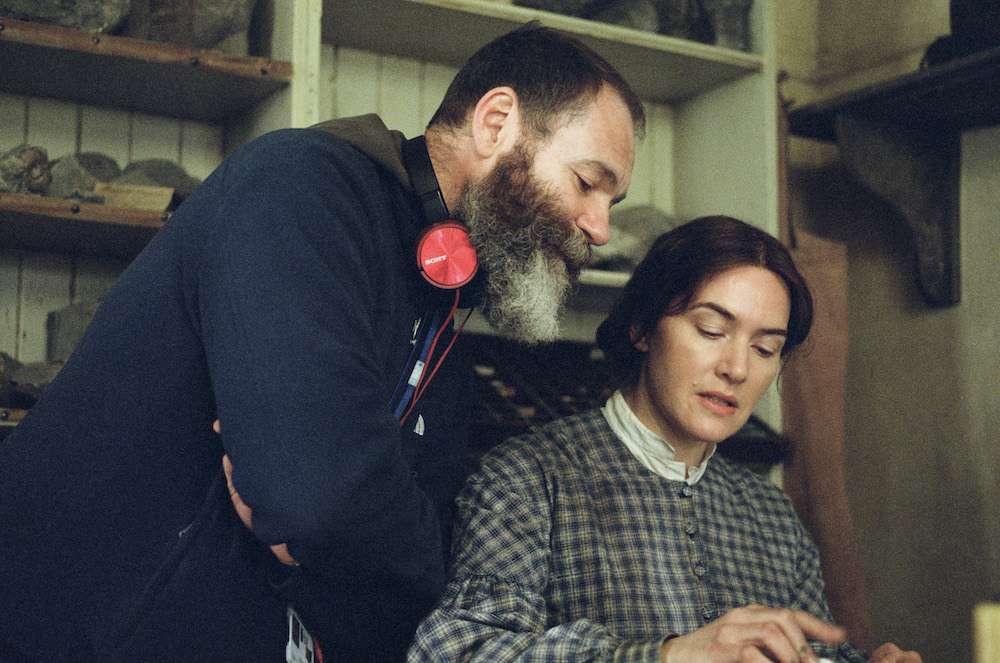 “I never wanted to make a biopic of Mary Anning, but rather an imagined, respectful snapshot of someone’s life,” explains Lee. “I wanted to continue the work I had started in my first film, God’s Own Country (2017, DP Joshua James Richards) around relationships and how we navigate ourselves within them. Therefore, I wanted to explore a story of Mary through the context of an intimate relationship.”

To assist in his vision, Lee enlisted French cinematographer Stéphane Fontaine AFC, a graduate of the École Nationale Supérieure Louis-Lumière in Paris, whose credits include A Prophet (2009, dir. Jacques Audiard) and Jackie (2016, dir. Pablo Larraín).

“The visual impact of the film came from an intensive collaboration with Stéphane,” says Lee. “We worked out that the camera should ‘sit’ with the characters, not allowing them to hide from our gaze. The camera movement should reflect not just the landscape, but also the emotional state of the characters. So we developed an intense, unrelenting style, which, I believe fits this story perfectly. Through lighting, we wanted to depict the ‘change’ Charlotte brings with her into this world – how she ‘alters’ the environment, bringing her own sense of ‘light’ into his dark, unemotional world.” 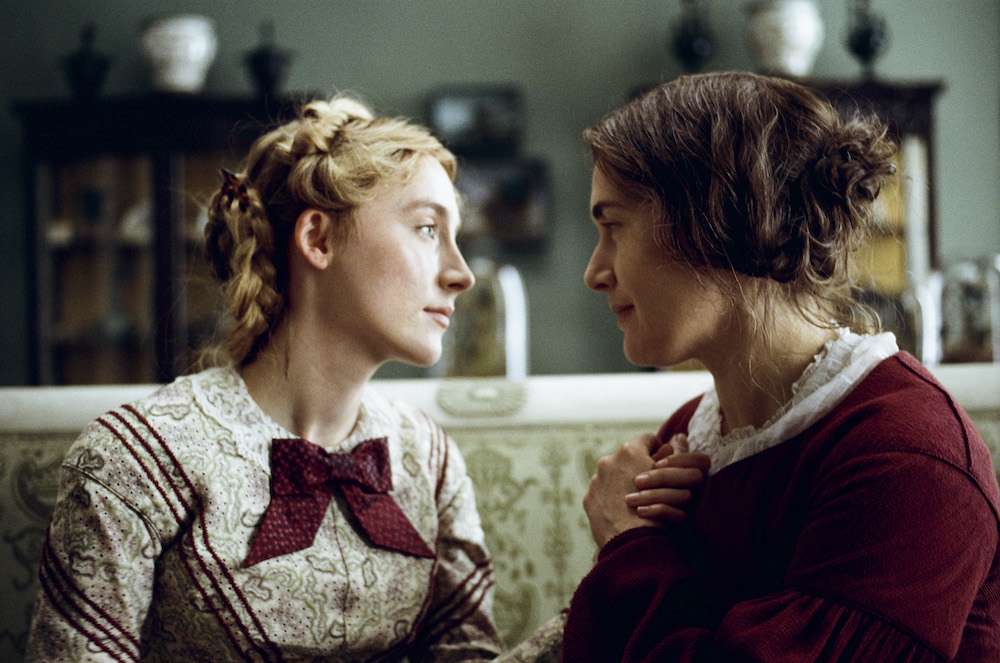 “In a way, the storytelling and style mirrors God’s Own Country in that we have two main characters who are not very talkative to say the least,” adds Fontaine. “In Ammonite, Francis was particularly interested in the faces because the lack of dialogue meant the emotions expressed on faces was even more important.

“He was also interested in showing the hands,” he continues. “As a self-taught paleontologist, Mary works with her hands. Francis was keen on seeing that and concentrating on all the tiny details of body language and physical expression.”

Understanding that in the mid-19th century, mannerisms and clothes were a veiled way of communicating for both sexes is key to the filmmaker’s low-key approach to the story.

“For example, we understand Mary and Charlotte’s character partly in relation to how Charlotte’s husband Roderick (James McArdle) behaves to women,” Fontaine explains. “There are layers to this. Socially, he is bourgeois and both Mary and Charlotte are working class. He is from London and there’s a big difference in this society of being from London and the more isolated and poorer seaside. Thirdly, he is a man, so he believe he knows better, and he introduces himself to Mary as an educated man. He is slightly condescending to women. This is the complex stage on which the story develops.”

The cinematographer adds, “This meant our camera was not ostentatious. It is quite observational. We were not telling the audience what to think or what they have to feel.”

Fontaine says he deliberately didn’t watch any period dramas like The Favourite in prep, saying he didn’t want to be influenced by anything. “If the film you watch in prep is good, it is tempting to steal some ideas, but that can mean you lose track of where you want to go for your own story.” 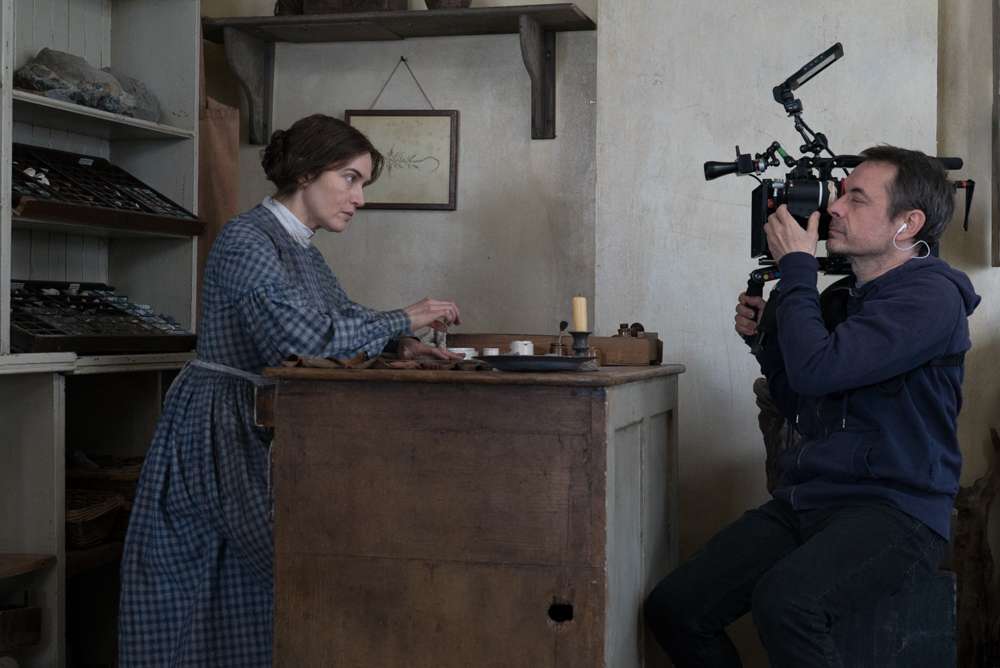 Fontaine’s camera choice for Ammonite was a Red DSMC2 with the Monstro 8K VV sensor. “My approach in the look of the movie was more a photographic than a cinematic one,” says Fontaine. “If we wanted to focus on facial features and hands, it felt appropriate to have a big sensor, as if shooting medium format photography.

“I first picked Red on Rust And Bone (2012, dir. Jacques Audiard),” he continues. “Since then I’ve shot with Dragon and Helium, but the Monstro is such a big leap forward in terms of look, colour science and ISO. It sees in the dark a lot better than any other Red before.”

The DP has shot several commercials using Monstro, and Julie Delpy’s feature My Zoe in 2019. For Ammonite, he paired the camera with Canon K-35 primes, covering full frame and ranging T1.3-1.5 (18mm, 24mm, 35mm, 55mm, 85mm). Engineered in the mid-1980s, the lenses yield vintage-style colour rendition and skin tones. “The lenses take a bit of the edge off the sharpness of the digital image,” says Fontaine.

“Another great thing with Red is the ability to change resolution depending on the shot,” he adds. “For instance, I may use a 55mm for a shot in 8K and just walk in a bit and punch in a little more in 7K. Sometimes we even shot 6K. It’s interesting because that means the same lens has very different personalities depending on the resolution you choose.” 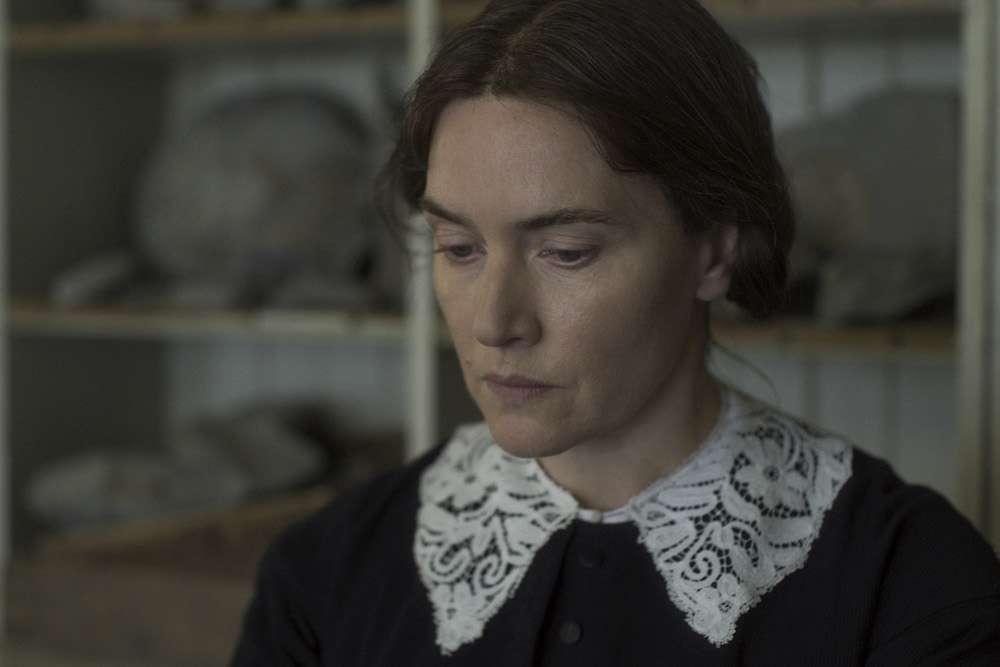 Ammonite was shot during the winter of 2018-19 on location in the seaside town of Lyme Regis where Anning lived and worked. The filmmakers primarily shot with natural light.

“The physical environment was also very important to me – not just the exteriors but also the interiors,” says Lee. “This world is defined by ‘space’. Mary is working class and has little money, her living environment is small, with few windows, almost claustrophobic, dark and uncomfortable. In contrast, Charlotte’s interior world is flooded with light, space to escape, in other words there is choice within Charlotte’s world. It was fascinating to see each character inhabit each other’s interior and exterior lives.”

“One thing we didn’t want to have was sun,” reports Fontaine. “We were blessed because that winter was quite gloomy. We’d discussed whether we wanted a style that looked natural or one more cinematic that would feel like film lighting. We decided that if wanted to stay true to the story and characters we shouldn’t use all the tools you might normally use for a period movie, like a little haze and foggy atmospheres.

“The same with VFX. Very often when you shoot a period film, at some point the director or producer expect a big spectacular shot that establishes the whole milieu with hundreds of extras. I knew that Francis didn’t want to have this kind of contrast because it suddenly shouts to an audience that they’re watching a different movie. It would distract from the story. Instead we wanted everything to be fairly austere.” 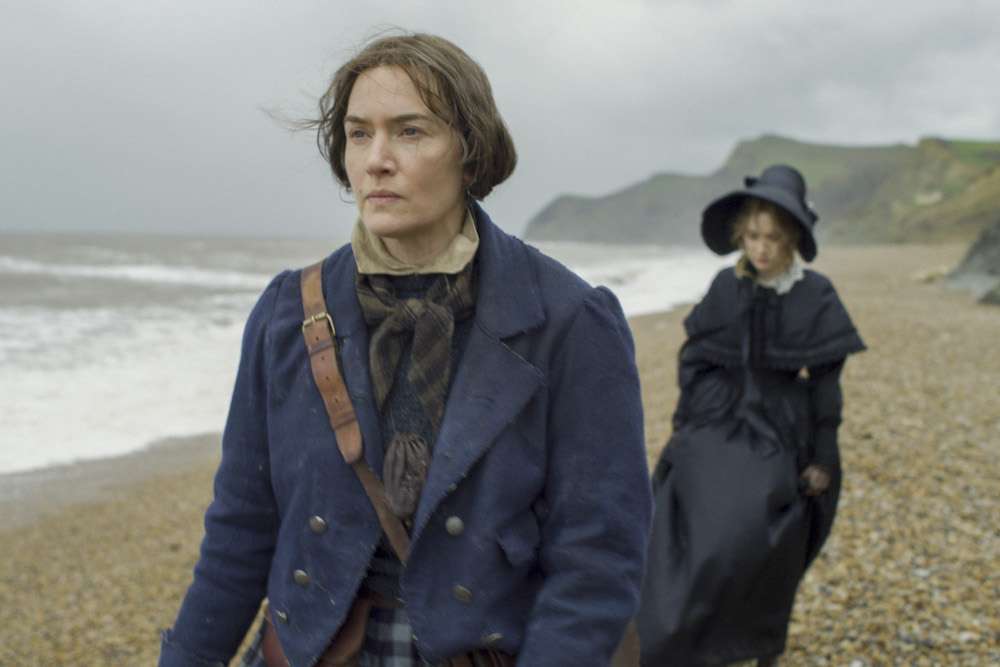 To add to the unpolished texture, Fontaine lit scenes to appear as if solely illuminated by candles and oil lamps.

“We did some tests on the Red with Kate and Saoirse before shooting, lighting with just one candle and it was really stunning but at the same time I wanted a bit more than this,” he recalls. “I looked for the softest LED light source that I could find and basically used it to augment in a way that hopefully doesn’t look like it was lit by anything else than the candle.”

Ultimately, Lee says his vision was to make a profoundly personal film about “how to navigate a relationship from deeply lonely, disconnected beginnings. How we learn how to love again after being hurt. How we can be open enough to love and be loved. How we can accept and forgive and learn through the power of a true, intimate connection.”