Cinematographer Ed Lachman ASC explains his EL Zone System, already incorporated into Panasonic’s VariCams, which has the very real potential, the revered DP insists, to become the foundation of an eventual universal standard.

The question of how best to properly control exposure values on-set has vexed cinematographers for generations, and veteran cinematographer Ed Lachman ASC, was no exception. In Lachman’s case, however, he decided to do something concrete to help modern cinematographers address this challenge by coming up with a new exposure tool for digital camera systems based on an analogue approach to the issue. He calls it the EL Zone System, which he has patented and already got one major camera manufacturer – Panasonic – to incorporate into some of its digital cinema camera systems.

EL Zone is based on a concept that percolated with Lachman for over 30 years before spending the last five years formally developing it and introducing it to the cinematography community. 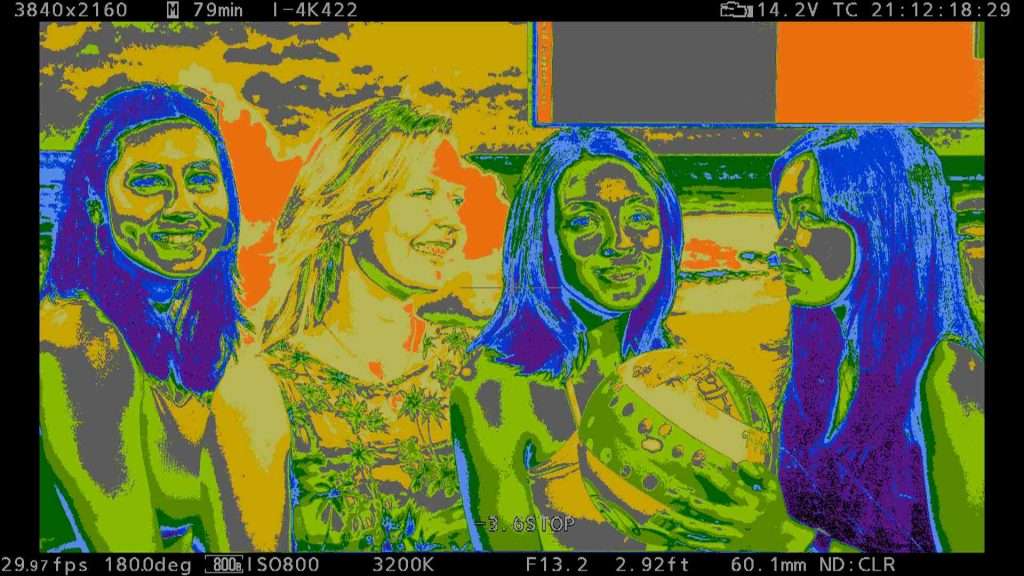 “This is a system based on the way I was taught to think about exposure from when I went to school,” Lachman explains. “I wanted to figure out how I can control a negative on-set and get a look that would let me precisely understand what I was photographing. I referenced in my mind Ansel Adams, the famed landscape photographer, and the way that he understood exposure in his work, basing it on 18-percent grey in order to comprehend how far he could go with over-exposure to read full detail, or how under-exposed he could go to still read shadow detail. I thought, that is something I wanted to do in cinema.”

Lachman is referencing Adams’ Zone System photographic technique for figuring out the best possible film exposure for still photography – a technique Adams developed with fellow photographer and collaborator Fred Archer in the early 1940s. Lachman’s notion was to bring to the world of cinematography their idea that reading the direct relationship between light and lens stops could provide better exposure data. Now, he is working to bring the concept into digital cameras as a more accurate tool for determining digital exposure compared to using the concept of false colour or relying on waveform monitors.

“I long ago came up with my own personal zone system – shooting B&W Polaroids and marking them up based on the film stock, the ASA range, the light meter’s reading and rating, and how the lab developed the negative,” he says. “I looked at all those things to figure out where my 18-percent grey was coming out. When the digital world came along, I would still shoot a Polaroid on-set, write the stop values on the Polaroid to keep a record of exposure on-set, and help train my eye.

“In other words, I was basically training myself to pre-visualise what the negative was representing, and now, in the digital world, what you see on the monitor. But in the digital world, I had to be beholden to a digital imaging technician to help me calculate this, yet exposure is supposed to be part of my job. So, I wanted to know why I couldn’t bring this analogue technique into the digital world so I could see it in the viewfinder.”

Lachman elaborates on the limitations of the digital world’s options for “seeing” exposure by noting that false colour and waveform readings are built around IRE composite video signal units. 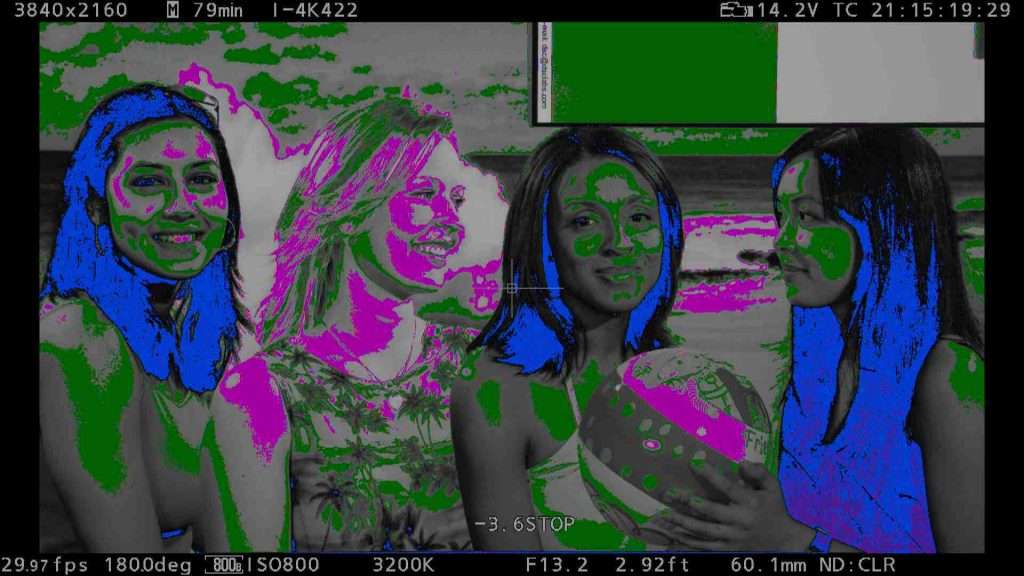 “IRE readings are based on voltage measurements, which are linear, not logarithmic – a process designed by engineers,” he says. “But IRE stands for ‘International Radio Engineers’ because they were the ones who developed the concept for radio signals in the 1800s, not for anything related to photographic exposure.

“So, for cinematography, there was a discrepancy. IRE units don’t precisely translate and aren’t consistent with stop values or light meter readings,” he continues. “That’s because IRE readings change with the stops. In a logarithmic system, if an image is at F2, and then you go to 2.8, you need to double the amount of light, but that is not something that would be apparent using IRE values. Yes, the waveform monitor shows you the general range of your negative, but it does not show you specifically where the highlights are or where the shadow is on the frame.

“And with false colour, there is no standardisation across the industry. That means Red’s depiction is different than ARRI’s or Sony’s, for example. Everyone has their own interpretation of what false colour is.”

Therefore, Lachman felt it was better to revert to his understanding of Adams’ concept – to control exposure using an 18-percent grey baseline. 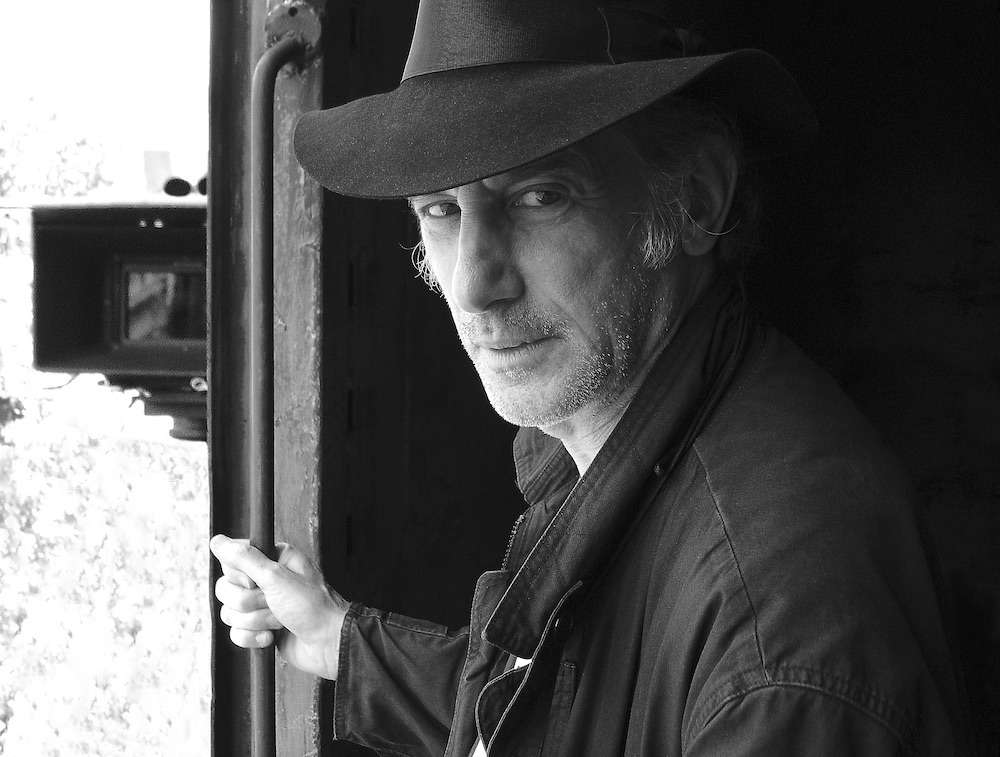 “It was really simple. I asked myself why not just find 18-percent grey in the digital world, and base my exposure off that, and try to get the camera manufacturers to work from that premise?”

Lachman says five years ago, when he first began trying to introduce the concept to major camera manufacturers, “I was up against the wall. They didn’t want to change. They had instituted false colour and histograms already, and then some cameraman like me comes along and tells them to use something else?”

However, Lachman patiently drew-up proposals for the major manufacturers, “virtually everybody,” he says, and drew them into discussions on this issue that are now on-going in many cases, and which have more recently expanded to include monitor manufacturers and post houses.

Panasonic was the first to formally incorporate EL Zone into certain systems – currently as a firmware addition to its VariCam LT and VariCam 35 Cinema Camera models, allowing cameramen to see each stop of exposure represented by a particular colour through their viewfinder when they activate the EL Zone setting. Barry Russo of Panasonic’s product development and engineering division explains that it was “basically a no-brainer” to add such a tool to cameras whose operating platforms already supported false colour.

“The system made sense because it was very simple,” Russo says. “It’s easy-to-use and understand, and gives useful information at a glance. We originally called it ‘Exposure Map’ in the VariCam menu, meaning you can actually see a map of the exposure on the monitor when enabled. While we offer false colour in select camera models, it is limited in what it offers for exposure information and can be more difficult to read based on its very limited range of four to six stops versus 15 stops in EL Zone.

“Useful exposure information at a glance was a key consideration. In particular, one of the biggest issues we see with customers is getting skin tone exposure correct. EL Zone makes this simple by having half-stop and one-stop increments above and below the 18-percent grey. From our point-of-view, that makes it hard to miss getting the correct exposure on skin tones. Beyond skin tones, EL Zone uses one-stop increments up to plus/minus six stops.” 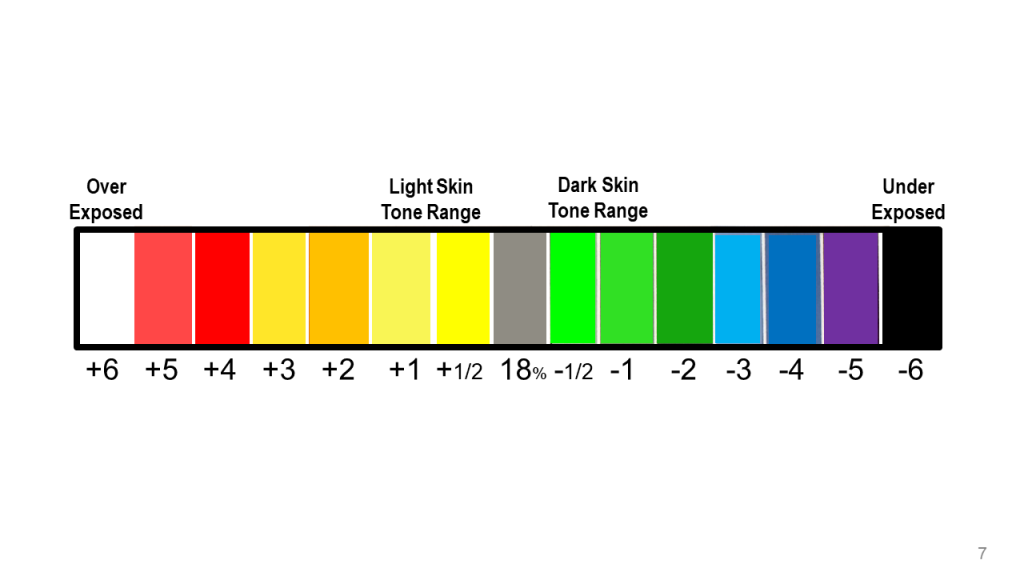 Indeed, Lachman explains that “the face, in particular, is the most important part of exposure. Once you get that right, you can base the exposure of the actor’s surrounding areas – windows, the floor, doors, whatever – based on where you place the exposure for the face.

“Now, it’s true that manufacturers may well produce cameras with more than six stops latitude from 18-percent grey. But that isn’t really a problem with this system, because 18-percent grey remains the most important part of the exposure, and that is largely because that is what will affect how the face looks the most.

“When you move out to extremities of the body, therefore, you can just make those two-stop values – minus four can represent two stops, and so on. The reason I felt there was no point in going further is that, if you have too many colours in the viewfinder, it can get confusing. So, the cinematographer can just designate and say the important area is where I will lose or keep detail, and they can calculate from there.” 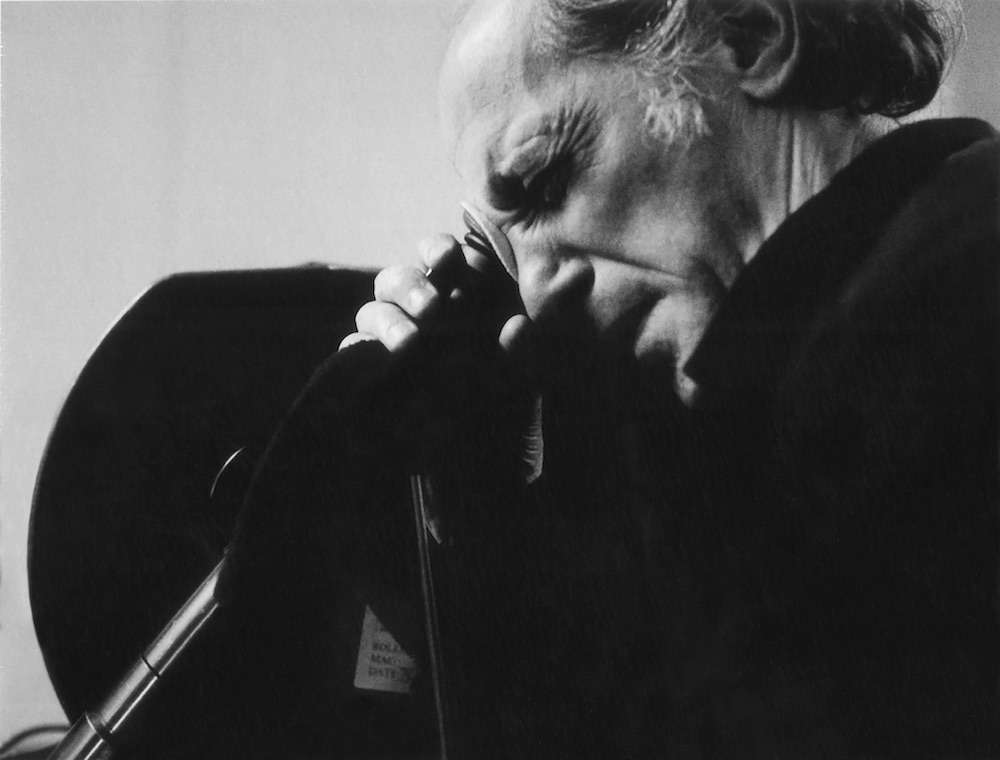 Lachman emphasises that he expects other camera manufacturers to incorporate versions of the EL Zone system, and adds that it has relevance for monitors as well, and most importantly, big advantages for end-users, including documentary filmmaking applications, still photography, and more.

“The beauty of this system is that you can shoot with different camera manufacturers and they will have a standard between them to understand exposure,” he says. “I’ve made it very clear to all the manufacturers that this is not a proprietary technology. I’m very interested in it becoming a universal standard. I view it as a grammar, a shorthand, to communicate about exposure with the manufacturer of the camera, the cinematographer, the gaffer, anyone working on light levels on-set, and in post.”