When the church bells rang, we knew it was time to get up and get ready to enjoy the final throes at this amazing festival of cinematographic good stuff. On this windy morning, we headed to the market square and veered into a side street to find delicious fuel for our adventures at the Bulka Restauracja. 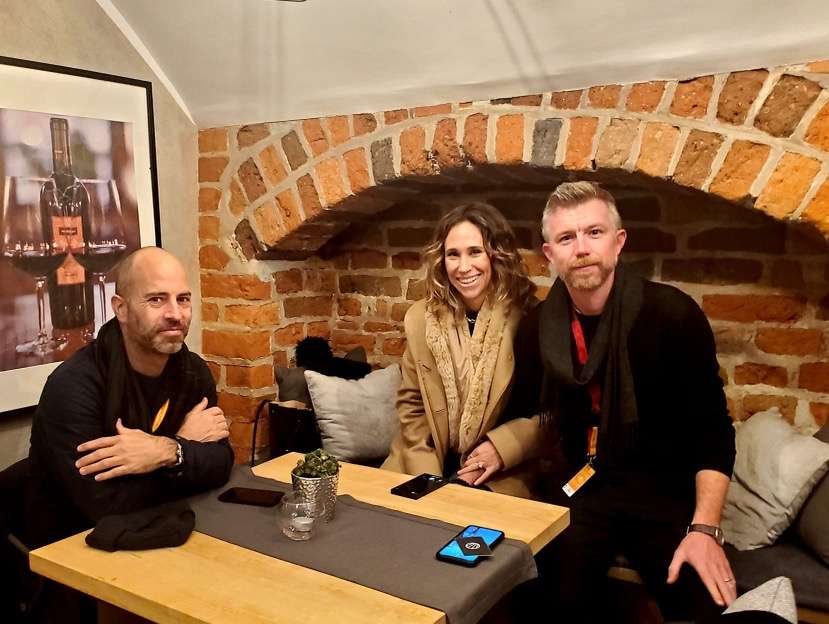 Cinematographer John Matysiak of the Western Old Henry joined The Light Bridge team for a “Light!Talk”, initially to discuss lighting, where the conversation covered how you actually create something with light, your on-set choices, the intentions and inspirations behind them, before we discovered John’s journey and process when shooting a film as visually exquisite as Old Henry. This was followed by the always kind and fabulous cinematographer, Martin Ruhe ASC, who discussed his work on The Tender Bar, which you can read about soon in Cinematography World. 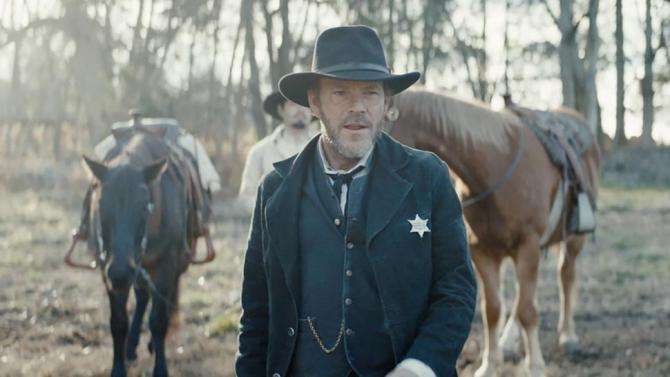 As usual, the Music Video Competition didn’t fail to entertain and inspire. There’s nothing quite like sitting in a jam-packed theatre listening to and watching the world’s best artists – such as Adele, Harry Styles, Shia LaBeouf, Styles, Paul McCartney, Beck and Snoop Dog – doing their thing with some of the world’s most talented/upcoming directors and cinematographers. 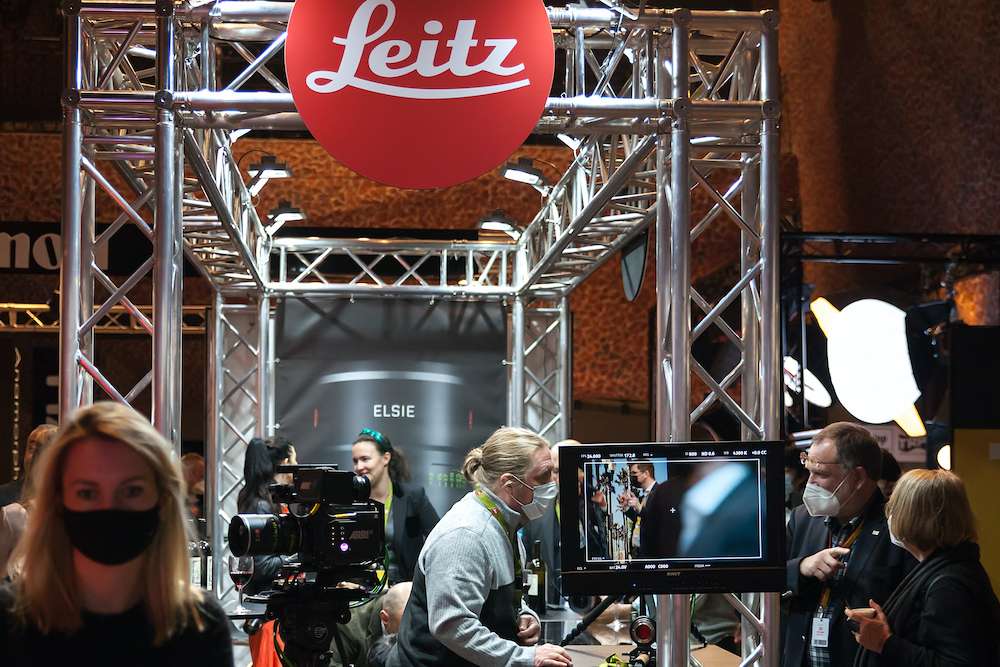 The Leitz stand at Camerimage 2021. Photo by Krzysztof Wesołowski.

As if all that weren’t enough, DP Jessica Young and Therapy Studio’s producer John Ramsay were joined on-stage by co-producer Jim Rota from LA (via Zoom) to talk about their outstanding documentary What Drives Us, directed by Foo Fighter frontman Dave Grohl. Despite lower audience numbers, due pandemic safety protocols, the film received an extended round of applause. 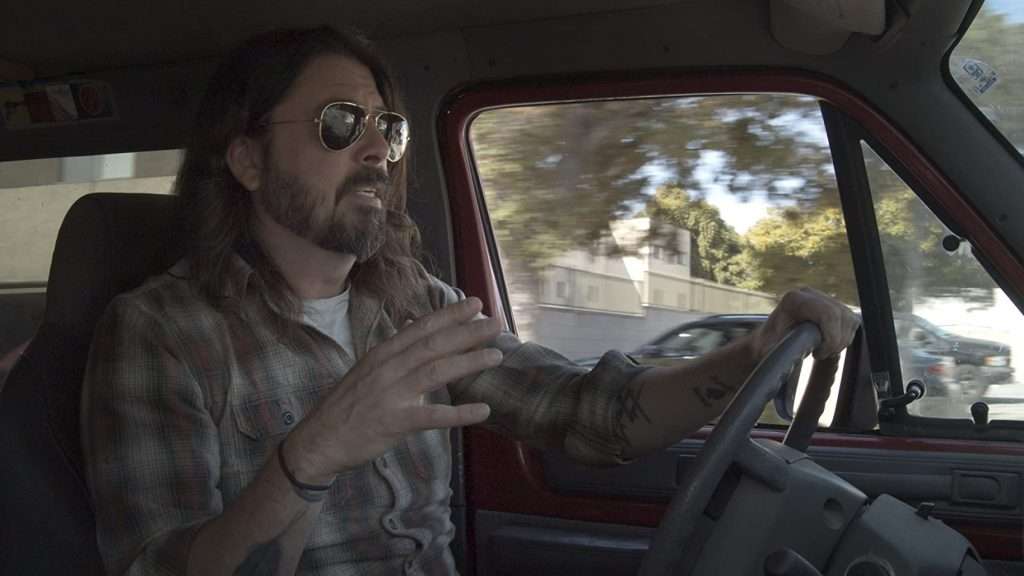 What Drives Us tells the stories of some of the biggest artists in music – including Ringo Starr from The Beatles, Slash from Guns ‘n’ Roses, Steven Tyler from Aerosmith, Brian Johnson from AC/DC, Pat Smear from Nirvana, Flea from the Red Hot Chilli Peppers and The Edge from U2. It recalls the romance and adventure, plus the idiocy and chaos, of their early days touring around in vans. Dave Grohl draws out the highs and lows in interviews that were masterfully-shot by Jessica, who has done dozens of projects with Ramsay and Grohl.

Jessica and the two producers participated in a delightful Q&A after the film, breaking down her cinematographic approach to creating a deep and essential experience about lives lived on the road. 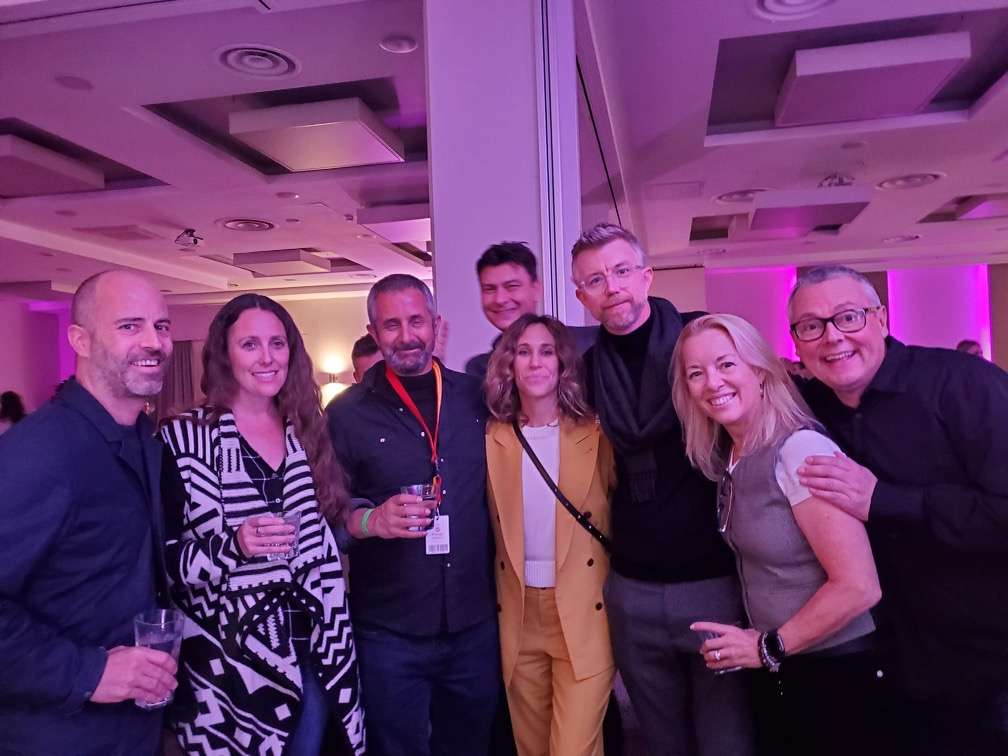 Left to right: David McFarland DP on 12 Mighty Orphans,  Jessica young DP on What Drives Us , Steven Meizler DP on The Queens Gambit, Michele Matysiak and John Matysiak DP, on Old Henry, plus Naida from Red and Spencer Newbury at Creamsource

For anyone at the tail-end of their 20s (which may or may not include some of us), Netflix’s Tick, Tick… Boom, directed by Lin-Manuel Miranda, starring Andrew Garfield, and shot by DP Alice Brooks ASC, hit hard. But the blow was softened by the fantastic energy of the music, performances and playfulness of the visual approach in bringing the original, one-man, autobiographical jazz show about musical playwright Jonathan Larson and his career struggles before turning 30 to the big screen.

During her Q&A about Tick, Tick… Boom, Alice lifted the veil on her lighting approach and the creation of the two frames guiding the film’s visual grammar. The logistics of shooting a musical were also discussed in-depth, which Alice revealed are not dissimilar to storyboarding action sequences. She also shared some insight into the practicalities of crewing and her efforts to get the team involved in the creative collaboration, which was very informative for the budding filmmakers in the audience. 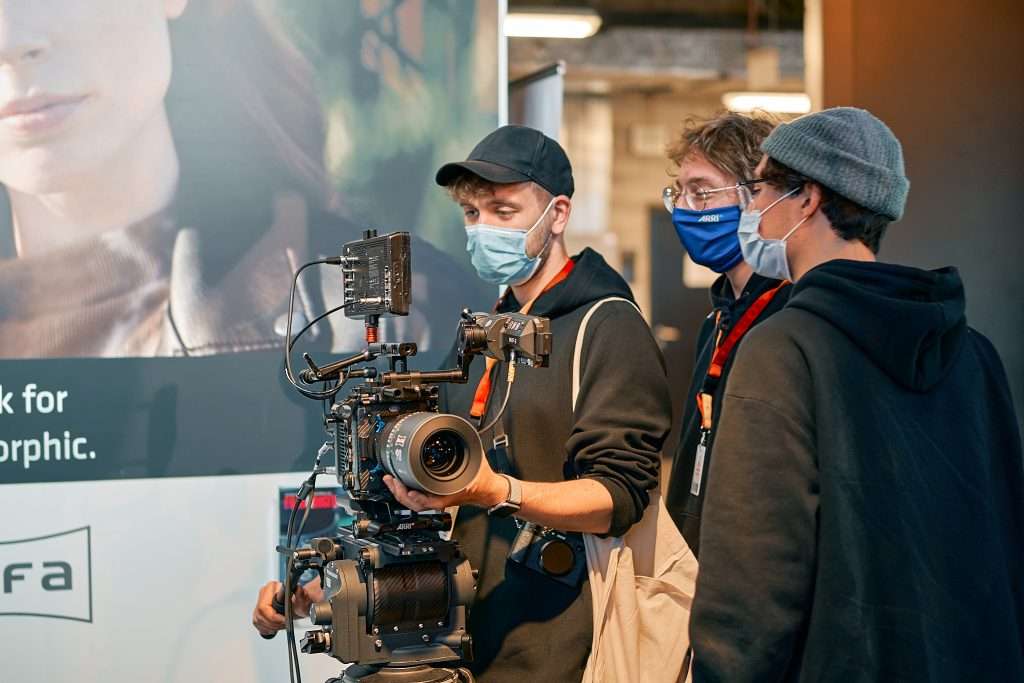 ARRI’s stand in the CKK Jordanki. Photo by Aleksander Urbanski.

The crowd filling-up CKK Jordanki for the screening of Dune, shot by Greig Fraser ACS ASC, really put Covid-compliance precautions to the test. But, for Camerimage veterans used to settling for stairs and banisters when chairs run out, it was a nostalgic treat seeing the beloved novel brought to screen so faithfully and majestically.

Dune’s staggering imagery, strong performances and unprecedented sound design kept the audience on the edge of their seats

Staggering imagery, strong performances, and an unprecedented sound design kept the audience at the edge of their seats throughout the film (all 155 minutes of it!), and the cherry on the top was the chemistry between Greig and director Denis Villeneuve during the post-screening Q&A. Trading inside jokes, teasing and stealing glances, the duo were a delight to watch. They also revealed the intentions for the upcoming Dune II to be stylistically-different and a fresh look at the world of Arrakis, which only whetted everyone’s appetite for the sequel more. 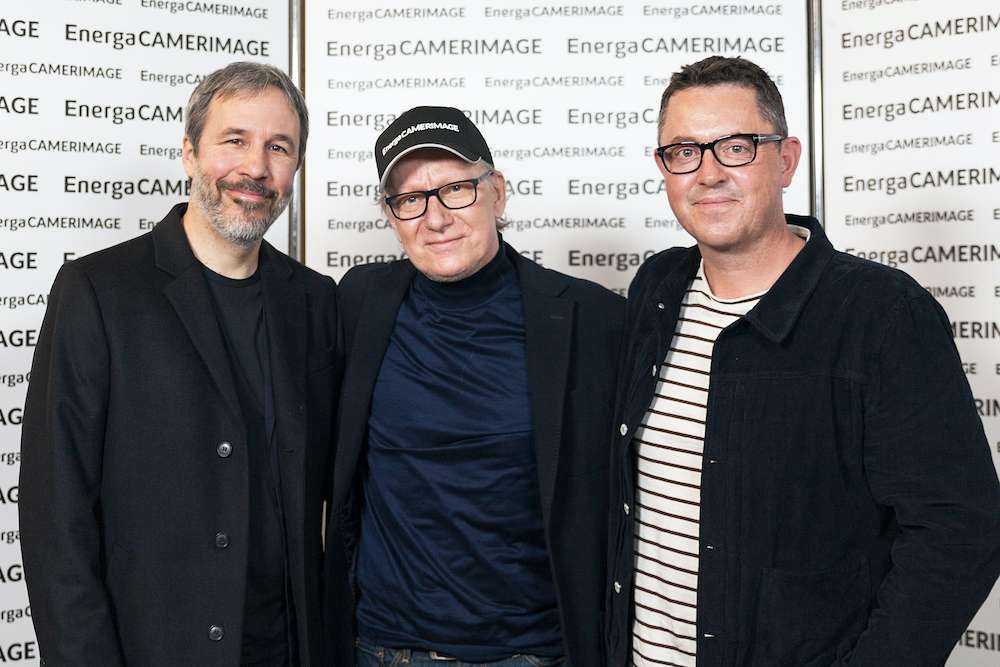 Upbeat and loud would best-describe the Fujinon/Rosco Party at the Bulwar Hotel. With security and Covid protocols tight, many hung outside the party’s entrance at the hotel bar, which had a plethora of couches and soft music that made for more murmured conversations. In a last-minute appearance after the clock struck midnight, Checco Varese ASC came swooping through the doors having just arrived in Toruń and eager to soak up the ambience during the short time he was able to make it to this year’s festival.

This morning’s Light!Talk, over at the Torun Museum Of Contemporary art included Sebastian Thaler, Meredith Emmanuel, Jakob Ballinger and Janis Brod discussing the progression of a cinematographer’s career from early post-film-school days to their first few successes. 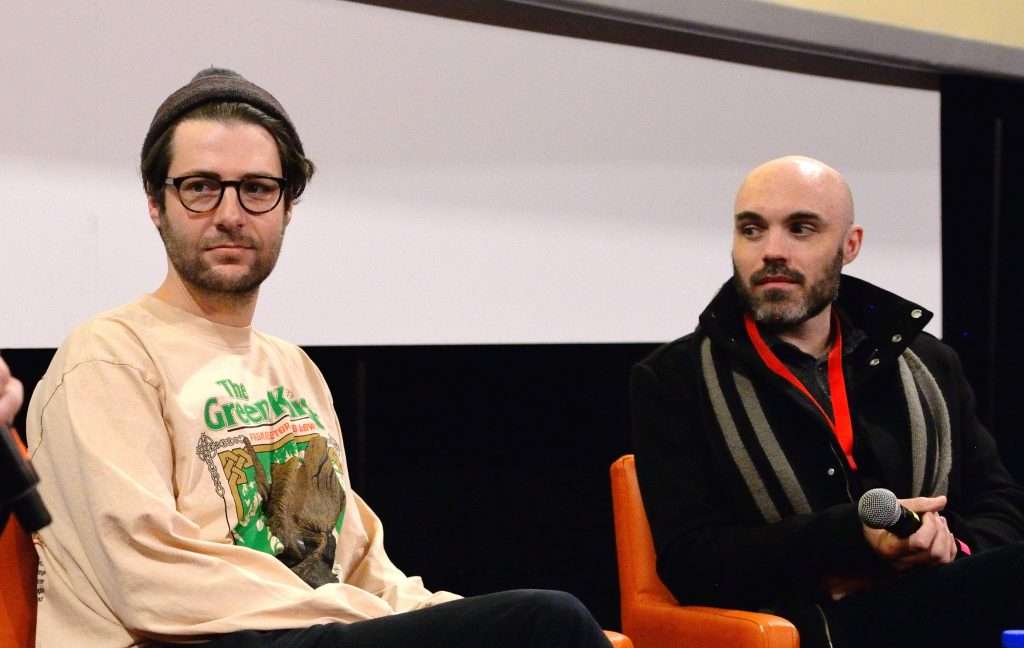 Janis showed a short from his magnificent upcoming graduate film, shot for five weeks in Tajikistan earlier this year. Sebastian showed the trailer from his Amazon hit 7500, starring Joseph Gordon-Levitt and directed by Patrick Vollrath. Both DPs used The Light Bridge’s Cine Reflect Light System, which allowed them to emulate natural light under tight budgets and in small spaces. For example, the drama in 7500 plays out entirely in the cockpit of a hijacked aeroplane. Meredith and Jakob emphasised the importance of taking risks to make good work, while juggling the need to keep a roof over your head! 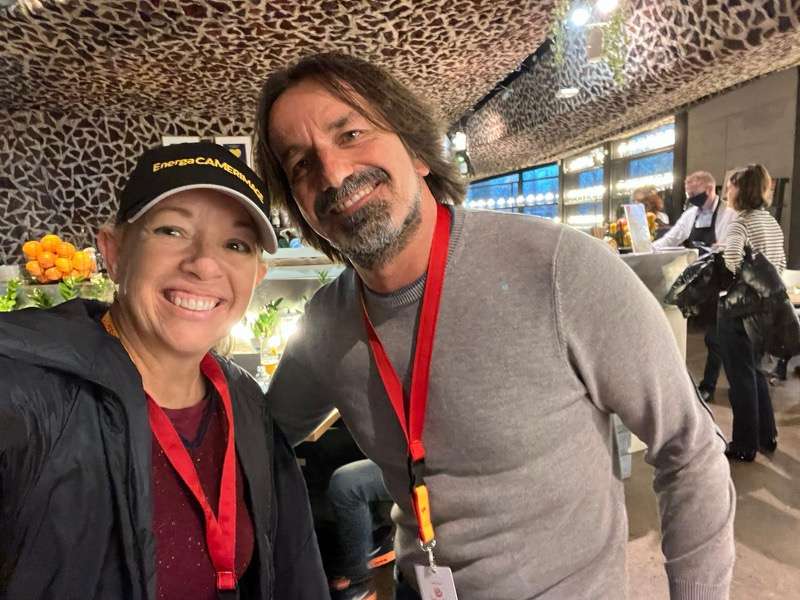 As a prelude to his evening screening of Them, in consideration for this year’s TV Pilot Competition, Checco Varese ASC also sat down for a Light!Talk. Along with insights into how he went about shooting Them, Checco also discussed his latest work for Hulu’s Dopesick. The conversation focussed on the different ways Checco used light on his sets and how important it is for a cinematographer to have a close collaboration with the make-up artist. Make-up is essential when it comes to manipulating the way light reflects on an actor’s skin, and is the key to lighting shots that feature actors with different skin tones. 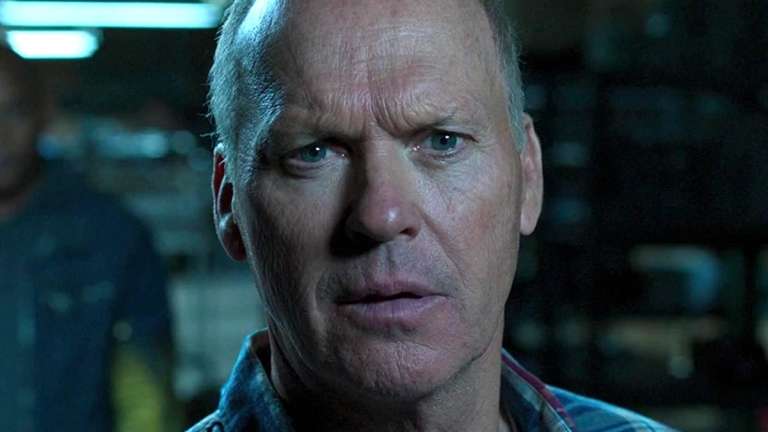 Checco outdid himself for setting the tone of the pilot episode of Them, shot with the vision of a classic 1950’s movie, but through the eyes of 1970’s camerawork, and drew inspiration from the in-camera language of music videos and technology of the 21st century. He once again proved that he’s a master of blending styles. Insightfully enough, Checco noted that he himself is not a horror watcher, which was surprising to the audience since he captures the macabre so beautifully. 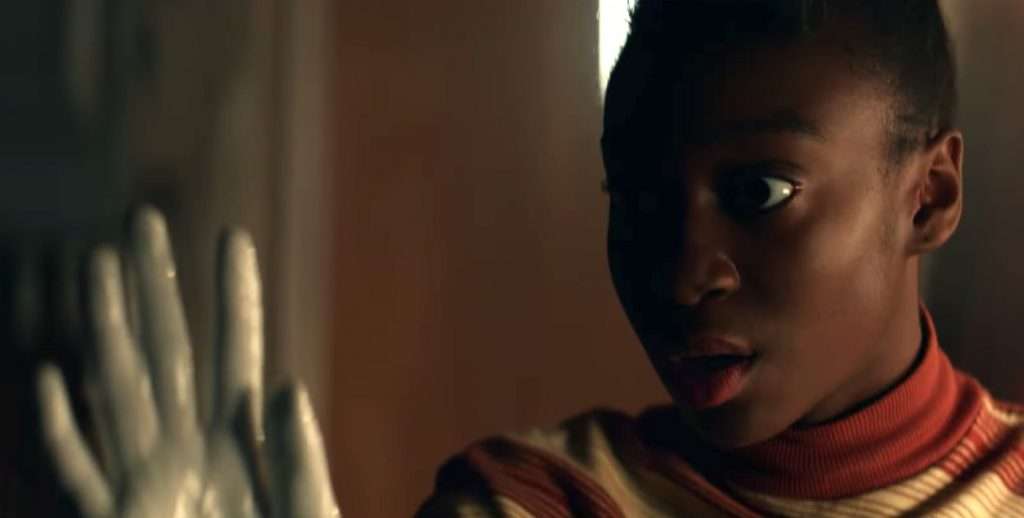 The Light Bridge, Warner Bros. and Camerimage hosted a private exhibition of “Greig Fraser ASC ACS and Josh Brolin’s Dune BTS Photo And Words” at the Torun Museum of Contemporary Art. Taking a curated selection of images from Legendary Entertainment’s “The Art & Soul Of Dune” book by Tanya Lapointe, the exhibition was attended by Denis, Tanya and Greig who joined Josh Brolin (Zooming in from LA) and festival VIPs. Greig and Josh discussed their collaboration and inspiration for the book, and the shared humanity, admiration and respect for each other’s artistry. The EBComs team was honoured to have participated in the event and we look forward to watching the recorded conversation at a later time. 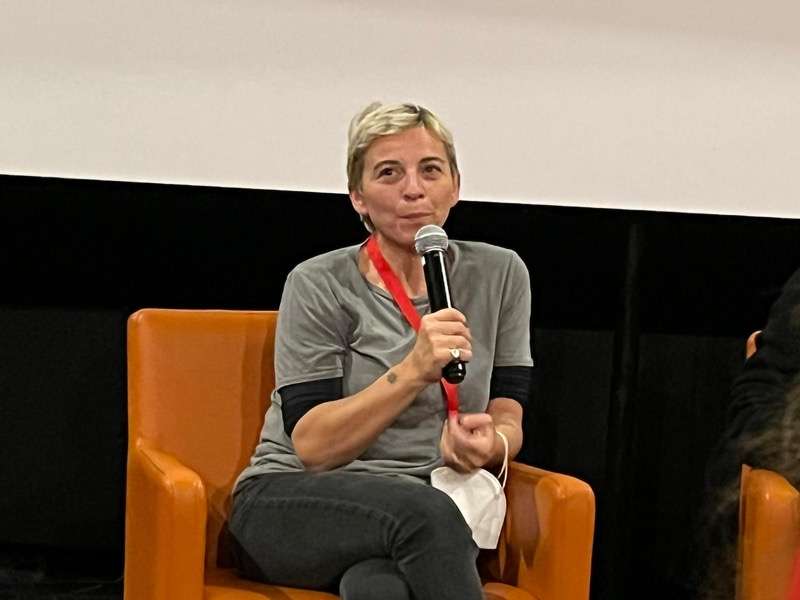 Friday wound-down at a Camerimage-hosted evening event in the trendy Nicolas Hotel Restaurant, where guests filled a variety of rooms, split between several levels and cemented new-found friendships over delicious food and endless drinks (endless G&Ts to be specific). Checco was only reported to Fiona, the festival’s HR person, seven times (for ‘inappropriate’ behaviour), a new, low-scoring record for the feisty DP. The night closed with many people face-planted in their hotels, while for some it didn’t end … and they may be writing this blog right now. 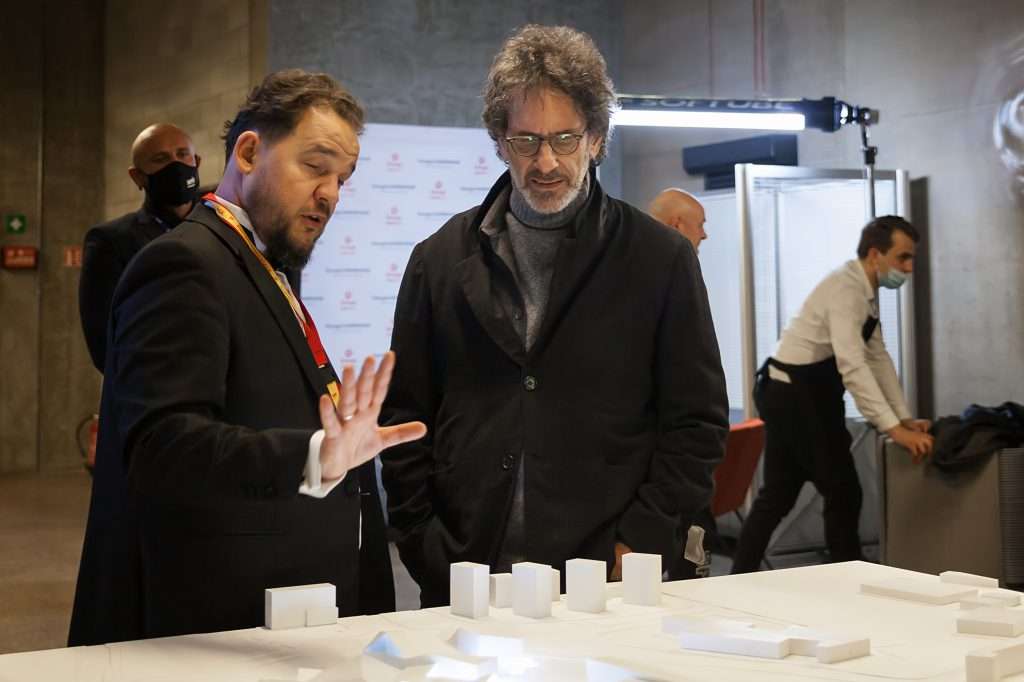 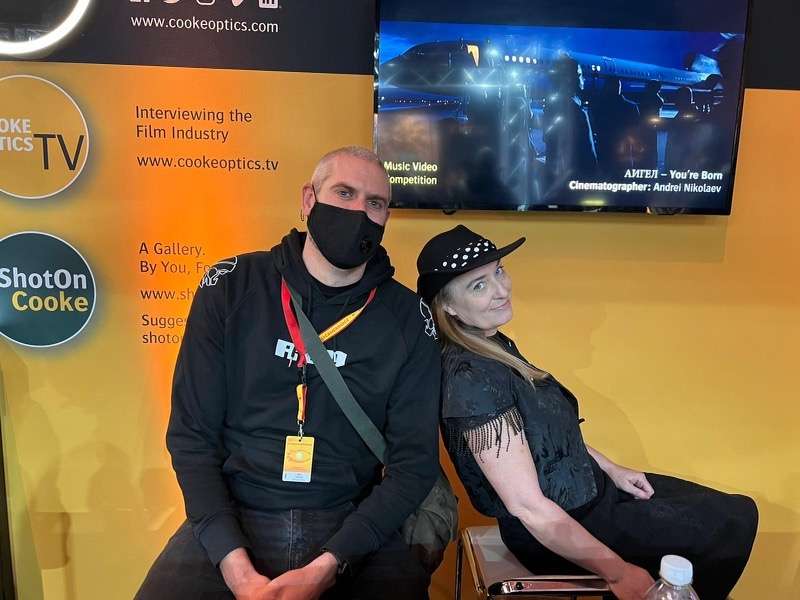 Marc Cattrall of Red with Cathy Crawley from Cooke

After croissants and coffee, we all dispersed to out different hotel to pack bags and get ready for the evening’s closing ceremony. Thank you EnergaCAMERIMAGE for another magnificent festival, it was a joy to be in Toruń and to celebrate the art and craft of cinematography. See you again next year!

Emmanuel Bates Communications (www.EBComs.com) is a public relations and publicity firm that specialises in representing the world’s best behind-the-camera artists. With offices in Los Angeles, London and the bush, just outside Sydney, Australia, it delivers services to its valued clients worldwide.