There are now less than 100 days to the opening gala of this year’s EnergaCAMERIMAGE International Film Festival, with the twenty-ninth edition beginning on November 13th in Toruń, Poland. In order to honour the festival’s long-cherished tradition, the organisers have unveiled the official EnergaCAMERIMAGE 2021 poster, created by recognised illustrator and designer – Przemek Kotynski.

The optimistic, graphic form of the poster depicted through the pictorial “sunrise” represents a symbolic “new beginning” for cultural events and encourages film lovers to actively participate in screenings, meetings, seminars and festival workshops. 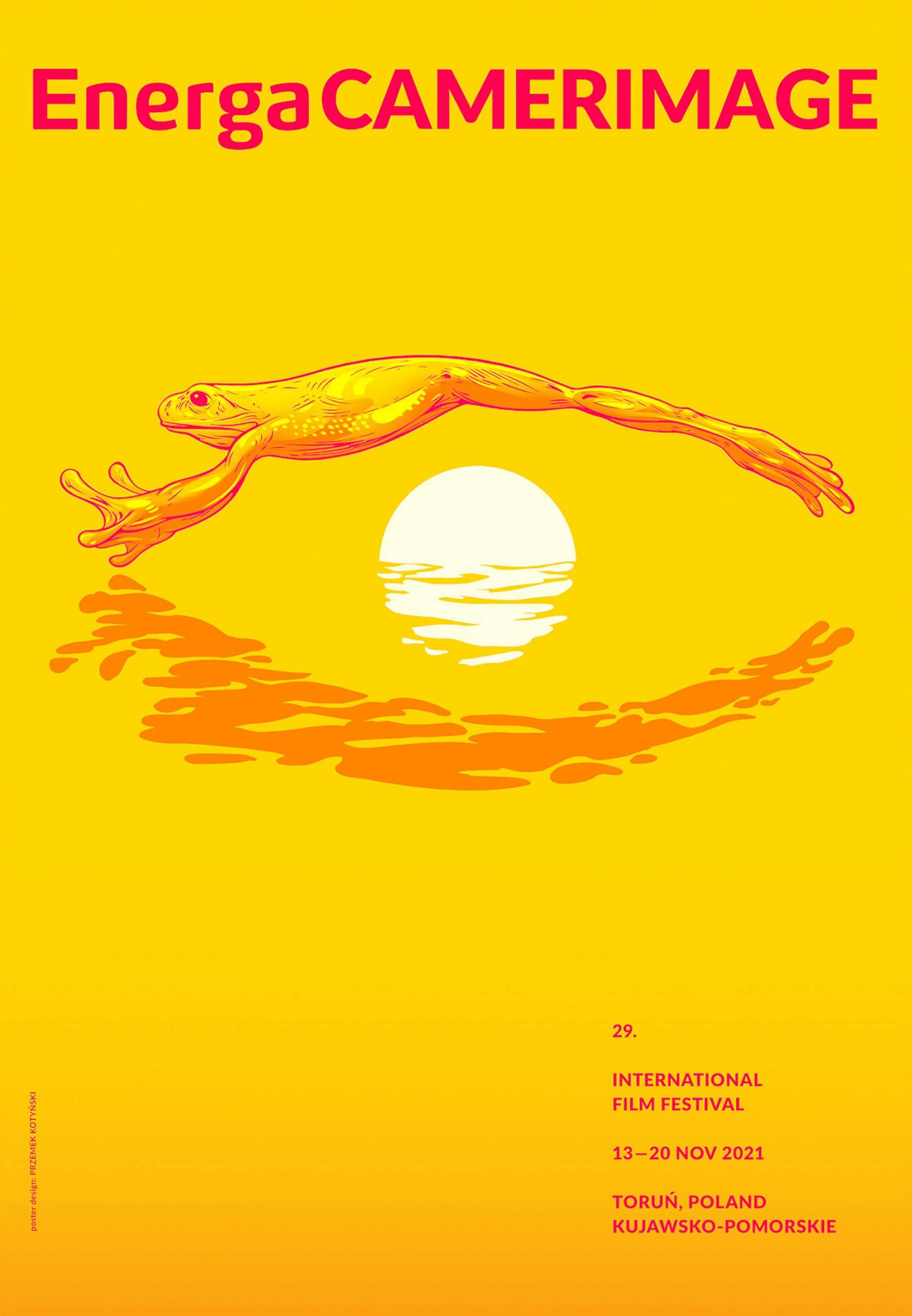 Przemek Kotynski (born in 1981) is an award-winning Polish illustrator who lives and works in Warsaw. He began his career in video games, film, and advertising, as an art director. His strongly conceptual, signature style of illustration relies upon a whimsical, fantasy-driven world of characters and their exploits. Kotynski is fascinated by the Polish Poster School and American conceptual illustrations which are the primary influences in his work. His work can be seen internationally in advertising campaigns, magazines, newspapers, and on posters. Kotynski has been awarded and published, among others, by 3×3 Magazine, American Illustration, Ballistic Publishing, Oracom and the Slow Foundation. He is represented worldwide by Anna Goodson Illustration Agency.

The 29th edition of the EnergaCAMERIMAGE International Film Festival will take place in Toruń, Poland, between November 13-20, 2021. As in previous years, the festival program will include 10 competition sections, special screenings, film retrospectives, meetings with filmmakers, specialist seminars, workshops and exhibitions. The physical form of the festival will be held with all applicable restrictions related to the organisation of cultural events in Poland. Due to last year’s success of the festival’s internet platform, selected items of our program will also be screened online.