After the sudden death of his father, a handyman sets out to recover his missing hammer on a journey of self-discovery during a warm summer at the family-owned nudist campsite. Patrick (Kevin Janssens), a 38-year-old with a bowl haircut and learning difficulties, lives at home with his newly-widowed mother. Keeping to himself, he spends his time building stylish, handcrafted furniture in his workshop, where he also gets regularly seduced by a lustful cougar camper. Whilst pressure begins to mount on Patrick to fulfil his father’s duty in running the camp, he must also contend with Herman, one of the residents, who is scheming up a plan to purchase the place. 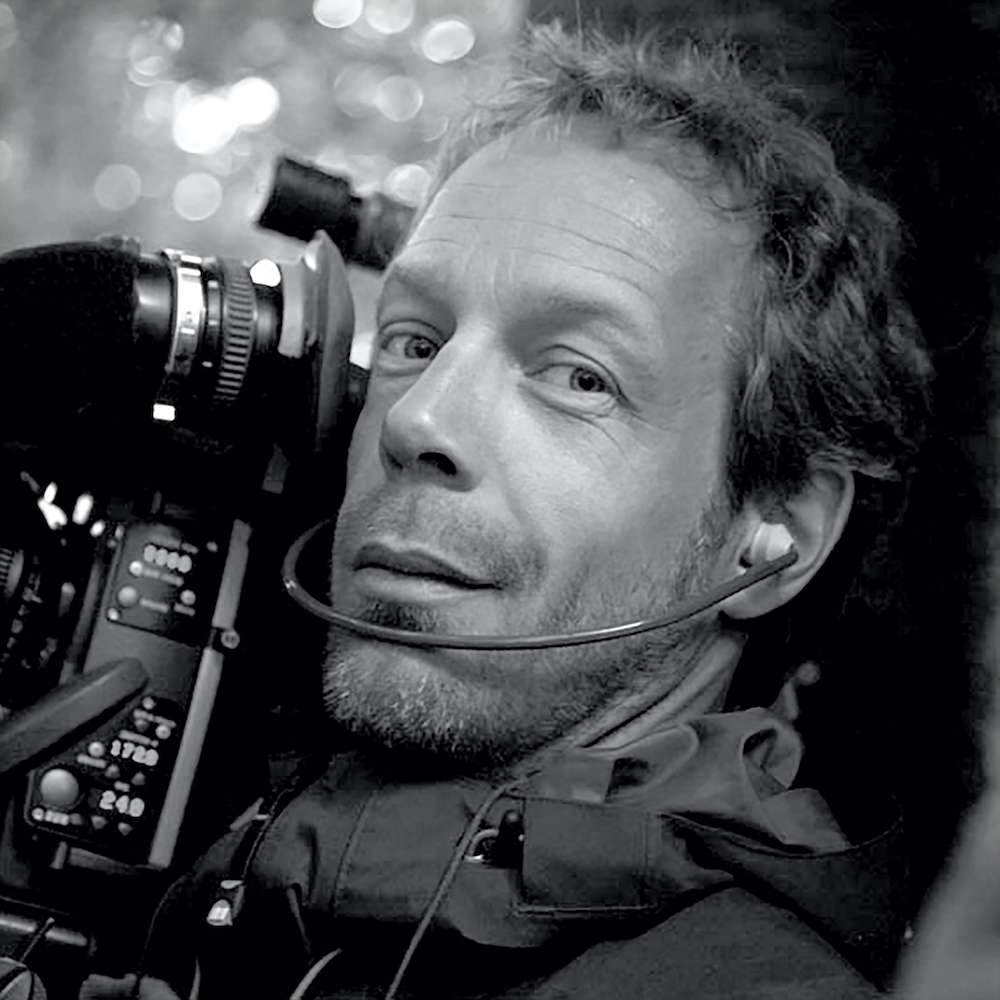 Beautifully-shot in warm, natural hues by DP Frank van den Eeden NSC SBC, director Tim Mielants’ debut feature, Patrick, is a poignant portrayal of grief and loss, in a unique twist on the tragi-comedy genre. Mielants forces viewers to focus on Patrick’s personal journey as he searches for his beloved hammer, and the full-on nudity soon becomes nonchalant. Ultimately, as one of the campsite visitors says, “Sometimes, to get what you want, you have to not want what you want.”

Are there any DPs who have particularly influenced your work?

Frank: My love and interest in cinematography was only there when I fully-understood the role of the DP in moviemaking. Halfway through filmschool I switched course and I went from directing to becoming a DP. I do recall one film in particular which I saw at a very young age, which was Kubrick’s The Shining (1980, DP John Alcott BSC). This was truly a moment where I felt the power of cinema and how cinematography can influence the way the audience feels. It has a lot of depth, centre framing and long elaborate shots. It’s less about cutting, more about tension and having the camera travel through space. I think you can still find the influence of The Shining in some of the work that I’m doing. 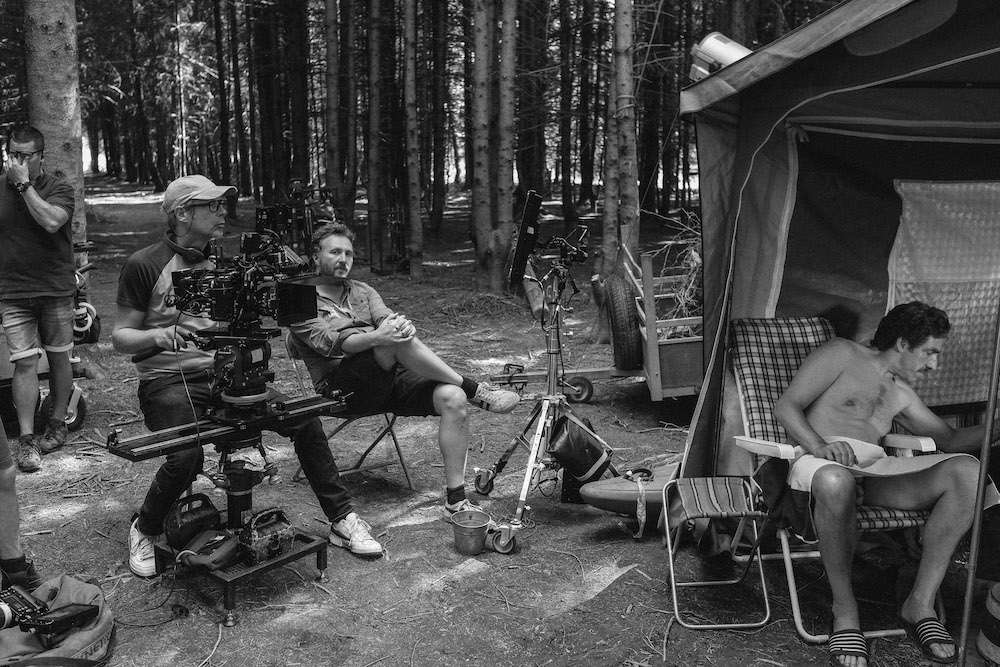 So was this the initial conversation you had with Tim, the director, about the look of Patrick?

Frank: The Shining wasn’t the first thing we brought to the table, but it was in our thinking. Tim lives three blocks away from me. During pre-production, we’d meet in the morning and spend half a day reading the scenes, talking about how to depict Patrick, the central character, and how we can evolve the story visually with him. After these weeks we had a blueprint of what this film should look like. If you come to set really well-prepared, it creates this sense of openness on the other side, because you have weighed-out more or less a lot of options.

In a way, Patrick is a comedy, but Tim did not want to approach this as a comedy at all. He wanted this movie to look and feel very serious, even like a costume drama, so to speak. He’s very much in love with films that are very cinematic. He showed me segments from The Turin Horse (2011, dirs. Béla Tarr and Ágnes Hranitzky, DP Fred Kelemen), Tarkovsky’s Stalker (1979, DP Alexander Knyazhinsky, and Paul Thomas Anderson’s There Will be Blood (2007, DP Robert Elswit ASC) among our references, and we found the grammar of what Patrick should look like in terms of visuals, quite early-on.

Were there many sets built specifically for the production? What locations did you use?

Frank: No, we didn’t have the money for this. We built one set, Patrick’s tool shed. All the other locations were actual places scattered around the southern part of Belgium in the Ardennes, the hilly-mountainous part of the country. We wanted to use our locations to give the film an epic kind of feel with large vistas and to make the characters sometimes seem really small.

How long was the shoot, and what were your working hours?

Frank: We had 33 days of shooting from 9th July until 29th of August 2018. We had a lot of split days, arriving at, say, 2pm, and shooting until midnight in order to catch this nice light at the end of the day. 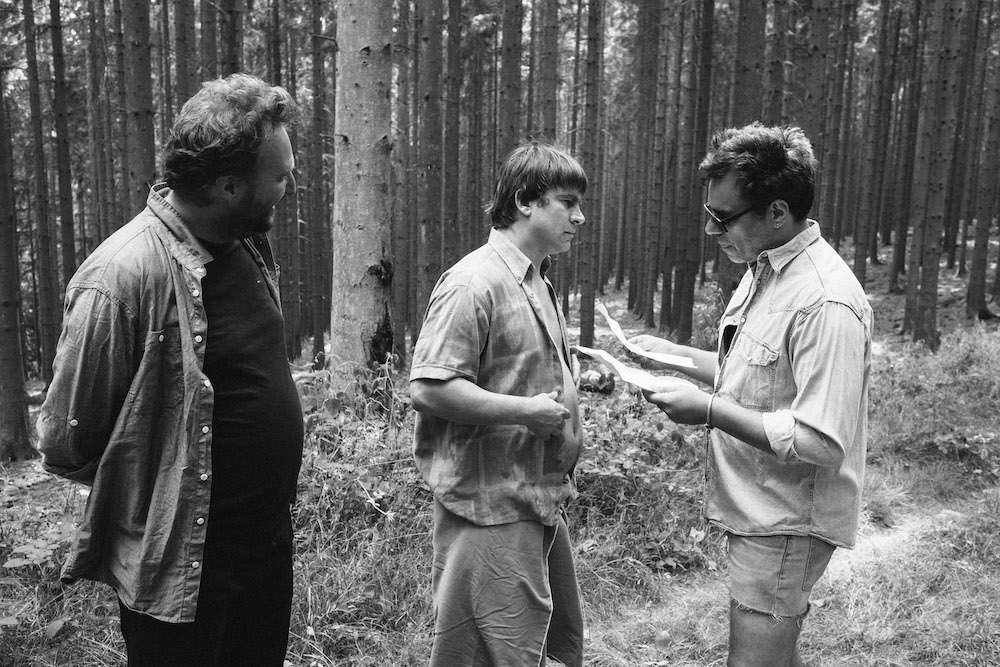 How much of the film was shot in natural light?

Frank: The general idea was that everything outside was shot in available light. But at the end of the shooting day we might have needed an extra light source. For the interiors we had to do some additional lighting, because we were shooting in the middle of summer and contrasts can be very high when you are shooting inside.

Which lights did you use for additional light sources?

Frank: The biggest HMIs I had were 4Ks, and we had three of these in our lighting package. We also had LED lights – ARRI SkyPanels, L7s and L10s. We used what I call sodium streetlights, which are real orangey street lights that you find a lot in Belgium. I had them built for me so I could use these in frame. My gaffer was Bert Reyskens, who developed the portable DMX Gaffer’s Control system, and the company we used for lighting was Spots Unlimited.

Did you colour with a DIT on-set?

Frank: No, we had the footage graded at the same house where we did the post-production, namely Ace Image Factory in Brussels. I developed the look with colourist Olivier Ogneux who has been grading with me for several years now. He created five different LUTs for me. In the end we only went with one LUT. What we were looking at on-set was more or less very close to what we expected to be the end result.

Was it mainly a single camera shoot?

Frank: Yes, it was. There was one scene where all the people are gathered and discuss where to go with the camp concerning financial matters. I think there were 15 actors there, so we had two cameras there side-by-side to cover that sequence. 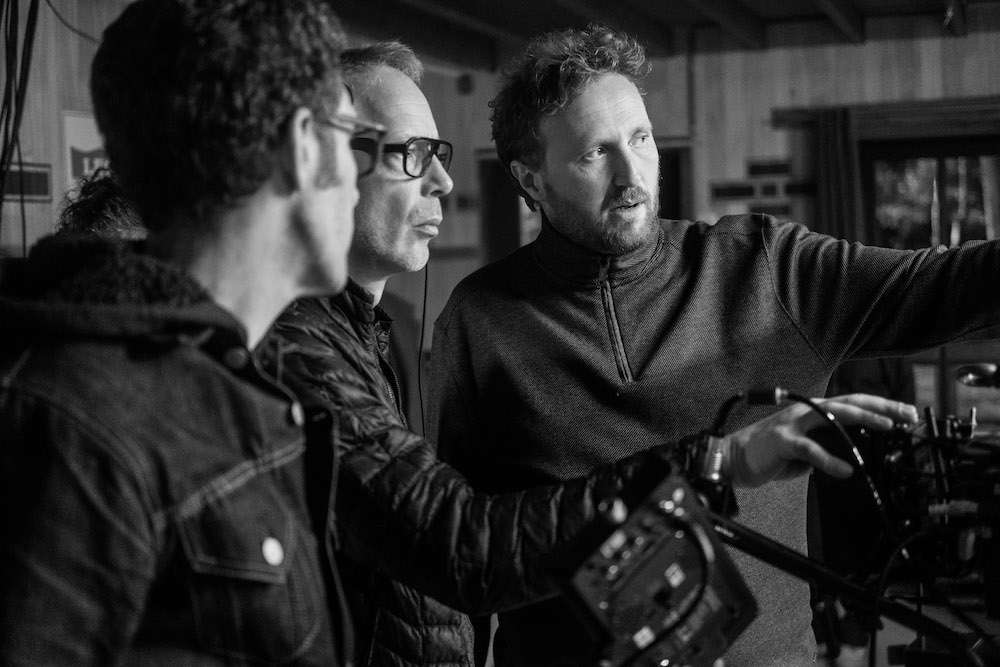 Which camera and lenses did you use for the shoot?

Frank: We decided to go with the ARRI Alexa Mini because we had a lot of small spaces. I knew early-on that we wanted this to be widescreen and Anamorphic, so I went with Hawk’s V-Lite glass. It’s a very light set, with a range of primes that goes from 28mm to 140mm. We mainly used 45mm and 55mm. Tim doesn’t like wide-angle lenses, he thought there was too much drawing attention to the lens itself. My camera and lens package was supplied by LITES in Brussels.

You used interesting camera pans between characters in the film? Please explain your storytelling reasons for that?

Frank: In general we opted for longer shots in Patrick and we were not so interested in simply covering a scene in multiple set-ups. Sometimes we’d shoot a scene in a single dolly shot with slow pans between the actors, but without actually following the dialogue between them. Essentially, we wanted the slow camera moves to depict what was going on inside Patrick’s mind, instead of capturing or covering the dialogue. It felt like an interesting way to depict his character.

There’s a haunting shot towards the end of the film during the final meeting scene. We see Patrick lingering outside before he confronts Herman. Could you tell me more about this, and how it was shot?

Frank: It was an idea from Tim and is a good example of how he thinks and works visually. We saw this location and he brought up this idea of keeping the camera inside the caravan, but looking at Patrick who goes around outside. The soundscape changes from inside to outside and back again, following what is in shot. It wasn’t easy to do, but I really like this shift in perspective during the shot.

How did you accomplish the incredible topsy-turvy camera move during the fight scene in Herman’s caravan?

Frank: It was shot over two days. As the fight goes on Patrick and Herman end up in the very little caravan toilet, which was a separate set-piece. It had this mechanism so it could fall over and I would shoot the action handheld. As this little set-piece tipped over, I could continue framing, go a bit lower with the camera and we’d have this fallen-over effect. Using the camera handheld, we cut back to the caravan, which at this moment was turned on its side under our direction, then had Kevin crawl out. The effect of the camera being at 90 degrees, framing the caravan as it used to be and then bringing the camera back to horizontal level, was a nice way to bring Patrick’s dizziness to the screen. 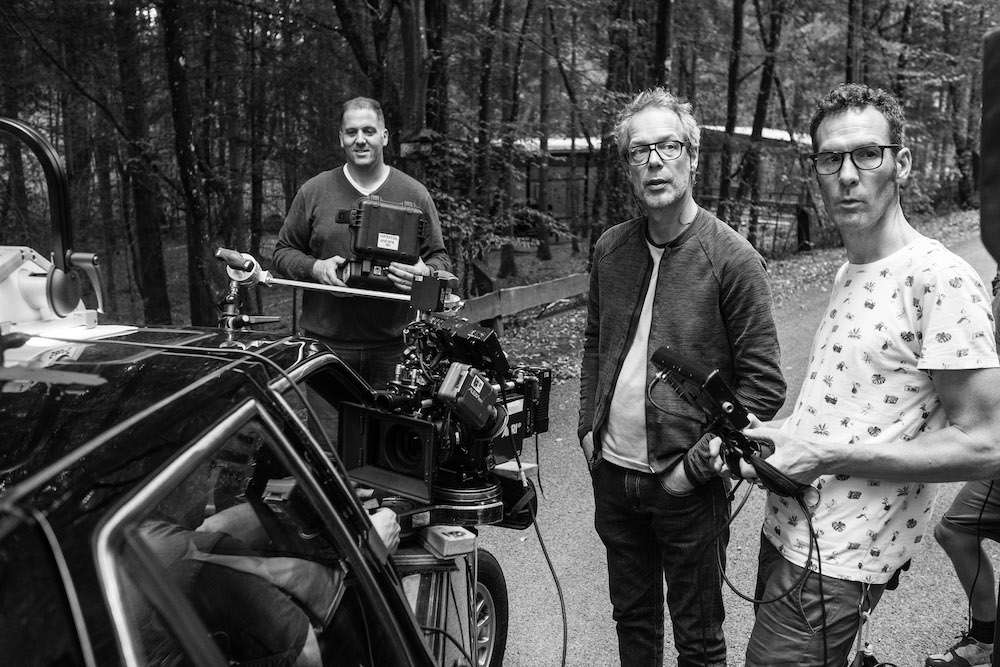 What was the biggest challenge on this production?

Frank: The budget was not so big, around €1.5 million Euros, and I think the biggest challenge was to simply not waste any time or money and get the most out of each day.

In terms of technical challenges, the opening scene with the overhead shot of Patrick floating like a starfish in the water looks very simple, but it wasn’t easy to get. We used a DJI Inspire 2 drone with the Zenmuse X7 Super 35 gimbal 24mm lens camera. I think we were lucky with shooting this during a very warm summer. We couldn’t have wished for better weather.

Was working with an almost entirely naked cast a strange experience?

Frank: We didn’t want this to be about nudity. It was there and we wanted it to come across as normal as possible. In a funny way you forget that you are watching naked people, which was also hugely important because in terms of cinematography this was what we were looking for.

I found the same experience watching the film.

Frank: This was what Tim was hoping for – that the nudity would be there and at a certain moment you’d just get over this and continue with the story.

Frank: Don’t be an asshole on-set. If you have this ambition to work creatively with a group of people, you have to be a team player, to be very human and open. Keep a good focus and positive energy, and always look for what is best for the movie.