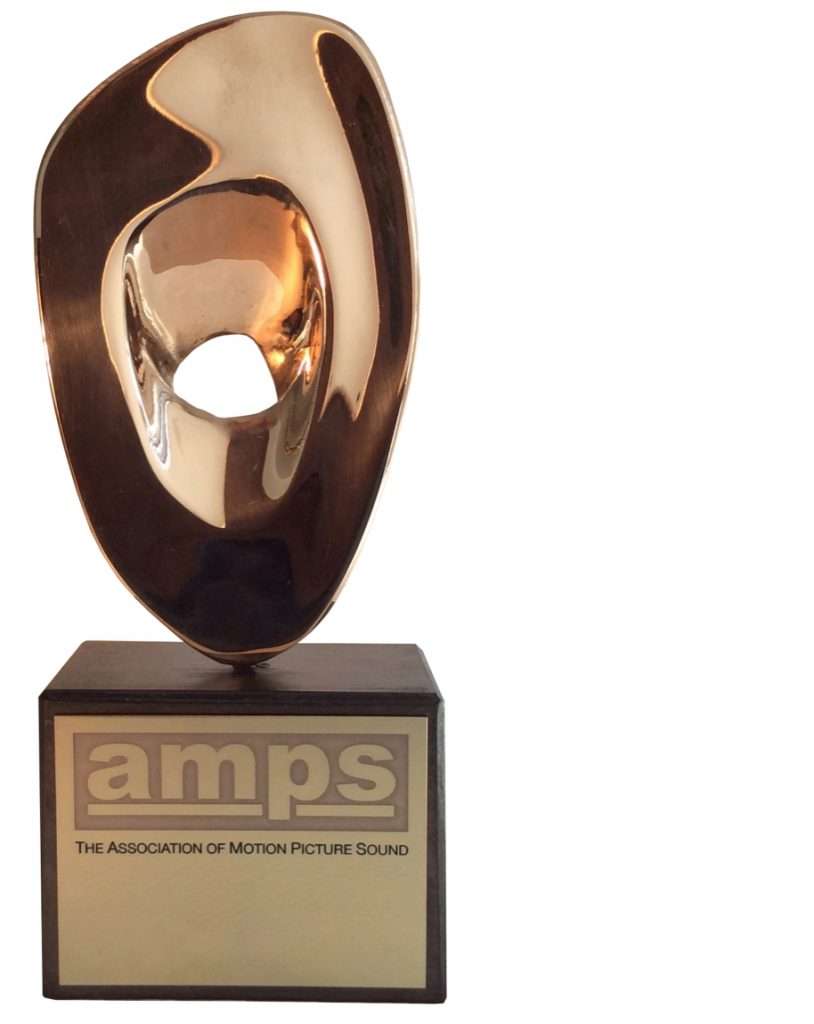 The winners responded by saying:

“Thanks to all of you. We are so honoured to be recognised by this amazing group of peers. This is the best kind of recognition there is.”    Mark Mangini

“Thank you so much for listening to and voting for Dune! Our sound team is thrilled to have been recognised by AMPS members. It’s an honour that means so much to us coming from our fellow colleagues in sound.” Theo Green and team

“Thank you to all of you for this award. Working on Dune was an amazing ride with a brilliant crew.  I deeply loved it.  Thank you for appreciating the efforts of a fantastic team.”     Mihályi György

“I’m delighted to be able to present the AMPS award to Dune. This year’s nominated films covered a wide range of styles and all the films will have brought their own unique challenges – any one of them would have been a worthy winner and all our runners-up (Belfast, Last Night in Soho, No Time to Die and West Side Story) can be very proud of their achievements.”

“AMPS members have great insight into the many elements that make up a great sounding film, yet they always vote with their ears! Everyone involved in the sound on Dune clearly brought their ‘A-game’ to the film, and the result is a great cinema experience. Congratulations to Mark, Theo, Doug, Ron, Mac and György and everyone else involved in producing the extraordinary sound on Dune.”