Lynn and Lucy are lifelong best friends. Inseparable, they even live opposite one another in the town where they grew up and went to school as teenagers. But, when Lucy has a baby boy, she does not react to being a new mum as Lynn expects. And, their adult friendship is tested to the extreme when the child is rushed to hospital, triggering fears and deep-held grudges in the local community too. 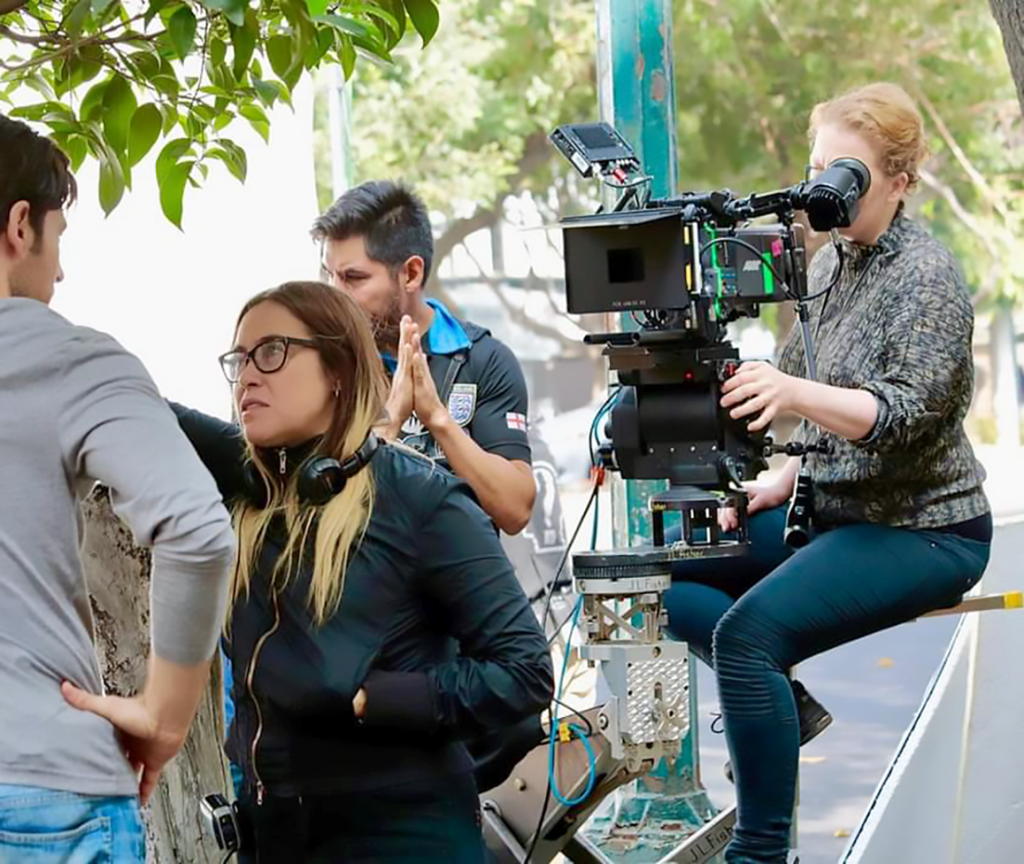 That’s the story behind writer/director Fyzal Boulifa’s haunting Lynn + Lucy, critically-acclaimed for the exhilarating performances of its leads – newcomer Roxanne Scrimshaw as the dreary Lynn, and Nichola Burley as the more mercurial Lucy – and also their intimate character portraits, lensed by cinematographer Taina Galis, who also edited the film with Boulifa. Lynn + Lucy was executive produced through Ken Loach’s Sixteen Films by Rebecca O’Brien. The film premiered at the 2019 San Sebastian Film Festival, and can be seen on BFI Player. 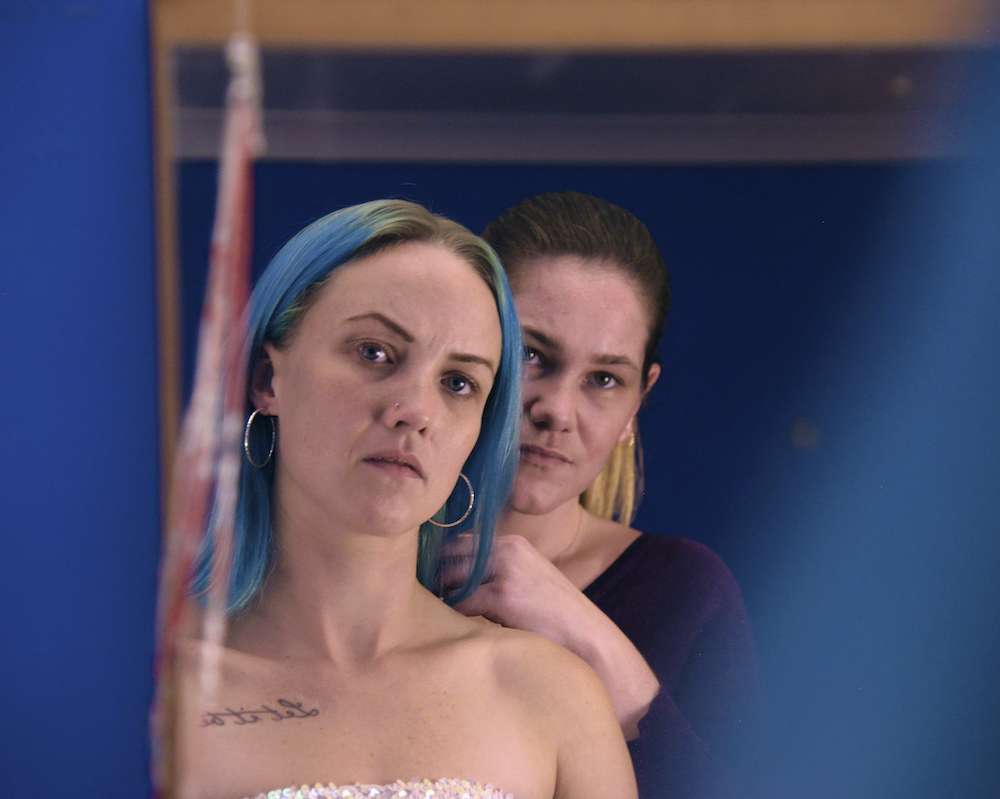 “It’s a realist film, but also a fable,” says Galis, who had previously shot four shorts with Boulifa, including The Curse (2012) and Rate Me (2015), which both won prizes at Cannes. “The film explores the reckoning after tragedy occurs – who do you become if you choose cruelty rather than empathy?

“I read the first draft of Lynn + Lucy in 2016. My feeling was that it was like a state-of-the-nation film in microcosm, exposing the cost of maintaining the status quo. It’s very delicate in its observations of human vulnerability – Lynn’s weakness and Lucy’s alienation.”

“We decided early-on to shoot the film in 4:3 aspect ratio, not only to create intimate portraits of the characters, but also to use the squareness of the frame to convey the constraints and unbearable pressure they experience.

“It’s told mainly through close-ups. The wider world exists only in the edges of the frame, with limited perspective. It’s a way to express the emptiness in Lynn’s view”.

Principal photography on Lynn + Lucy was executed in chronological script order over five weeks, during October and November 2018. Production took place at housing estates, plus The Stow shopping precinct, in Harlow, Essex – a post-WWII new town development built to ease overcrowding in London after the devastation of the Blitz. 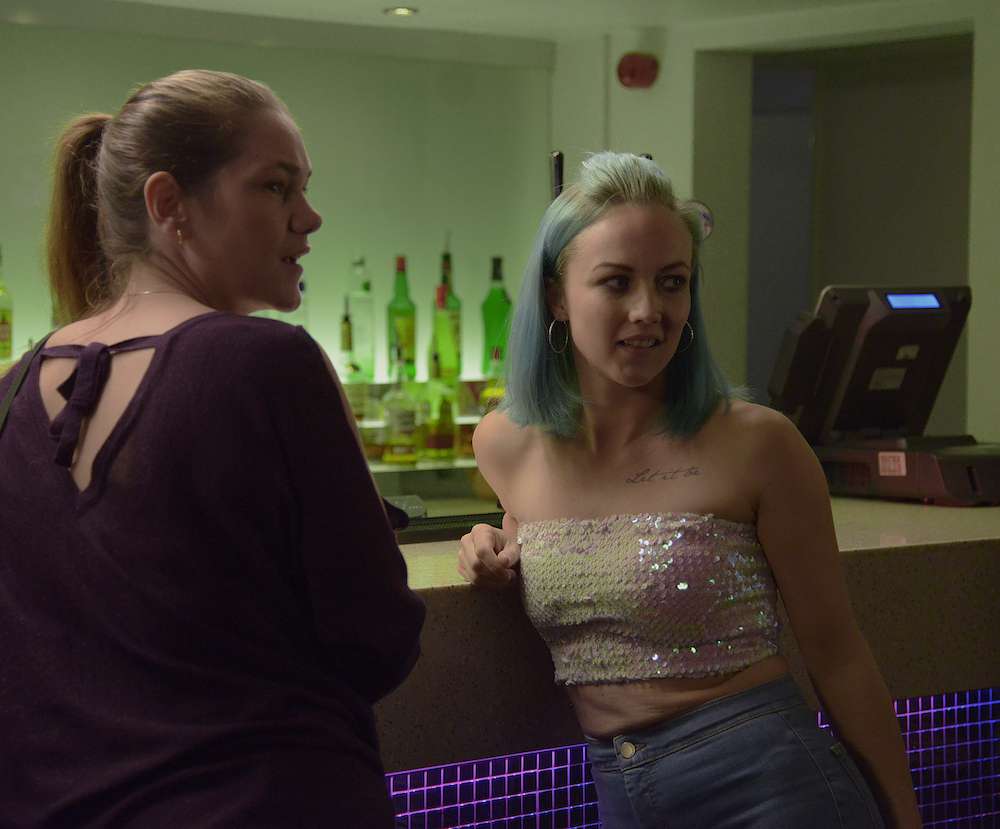 “I always look for direct visual anchors for a production,” says Galis. “But, for this, I really had the characters, their emotions and their predicaments in my mind’s eye. So my creative references were more indirect touchstones.

“Along with the feeling of austere theatricality of Fassbinder films, where alienated characters are unable to escape oppression in which they are complicit, I also had Velazquez’s Christ In The House Of Martha And Mary (1618) in my thoughts, with Lynn as the worthy, envious Martha, and Lucy as Mary, who is open to the world as it is.”

Galis went with Sony’s Venice CineAlta camera, shooting in 4K, plus Cooke S4 lenses. Prior to production, she worked with Pablo Garcia Soriano, head of colour at Mission, and Lipsync Post grader Tom Russell, to develop a single LUT that would deliver an expressive, semi-naturalistic look, with cyan and magenta hues adding what she describes as, “a slightly queasy, unhealthy and unsettling feeling” to transcend the kitchen-sink and deliver scenarios with a touch of horror.

“I had a visceral reaction to the Sony Venice when I first saw it at the BSC Expo,” Galis admits. “It’s the first digital camera I have felt connected to in terms of the colour in produces. Also, I knew its low-light, 2500ISO option would be very helpful for our dark interior and night scenes. When it came to production, I actually shot everything – all day/night, interior/exteriors – at 2500ISO so the picture would have the same textural quality throughout. 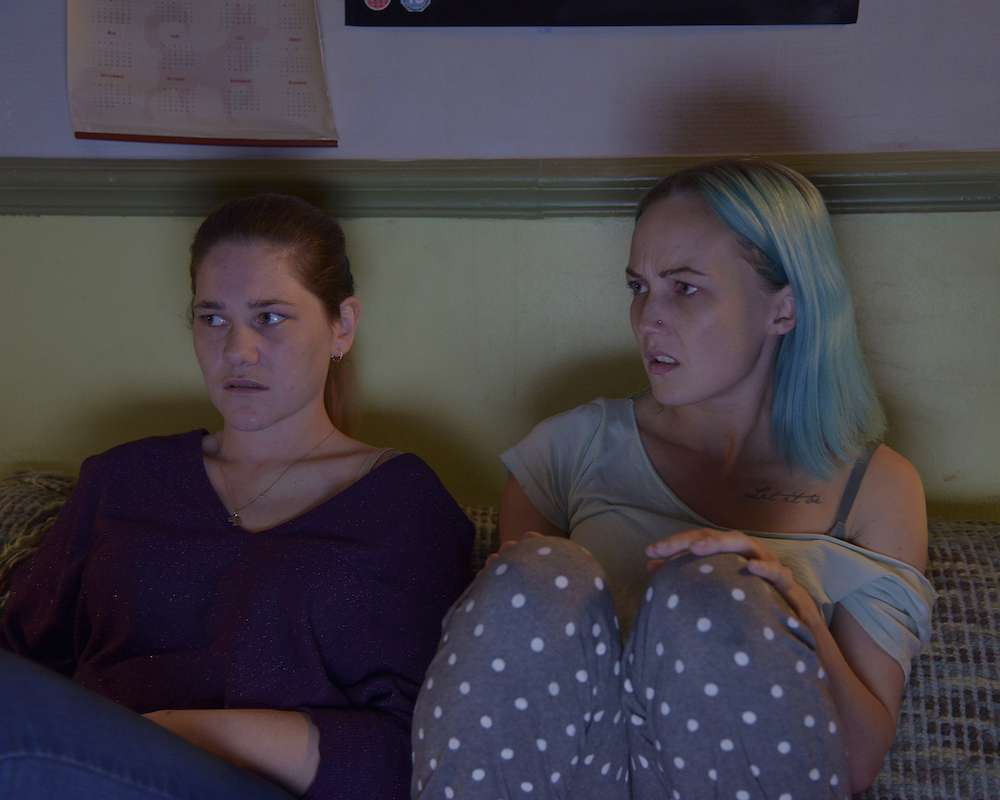 “I mainly used longer focal length lenses than had I initially planned – typically 32mm, 40mm and 50mm – and shot between T4 and T5.6 to capture the landscape of the faces, but still give definition and context to the backgrounds.”

The camera and lens package was provided by Movietech, with Philipp Morozov performing on-set grading and data-wrangling duties as DIT. Galis operated during the shoot, with David Pulgarin on Steadicam. The production’s gaffer was Carolina Schmidtholstein.

To deepen the emotional and social constraints implied by the 4:3 framing, Galis chose to keep the camera mainly static, with the small number of moves designed as linear actions, either from side-to-side or backwards and forwards, captured using Steadicam. 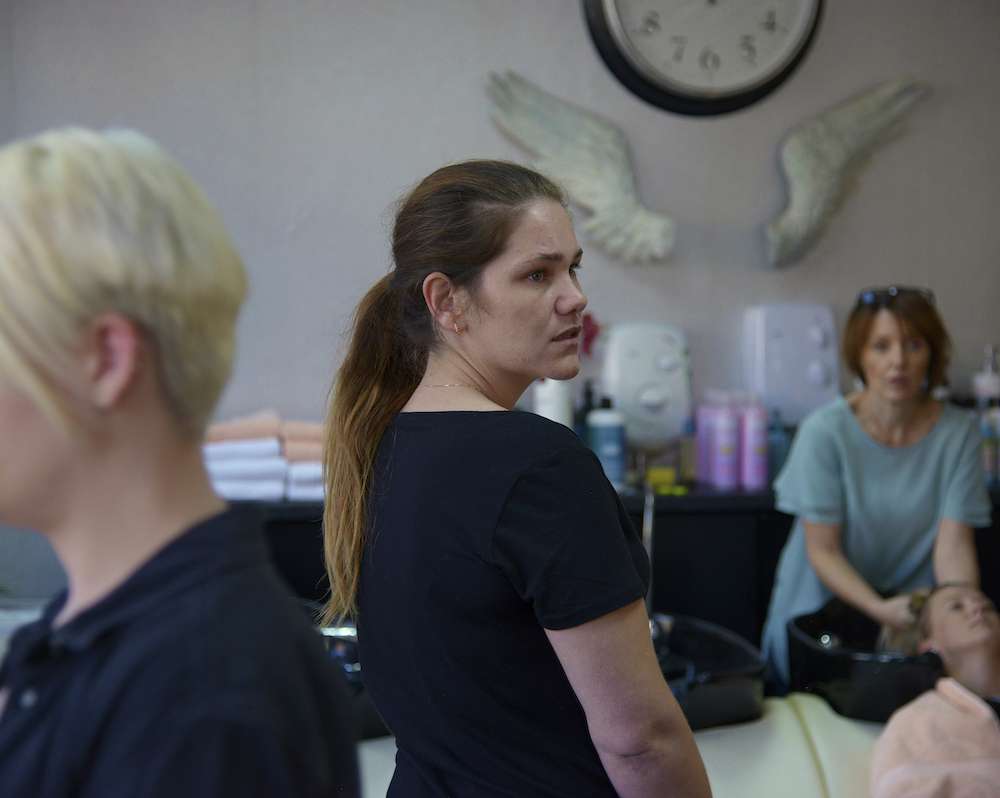 Shooting strictly in script-order and without full technical rehearsals was critical for Boulifa to capture highly-naturalistic performances, but required great adaptability from the crew. Galis is full of admiration for the dedication and energy of her camera and lighting team.

“The weight of shooting chronologically, of constantly going back-and-forth between houses, and other locations, fell particularly on Carolina’s shoulders. It was hard work, but she dealt with that extremely well,” remarks Galis.

“I love beauty, but that would have been misleading”

In pursuit of the unsettling, unhealthy look, Galis’ lighting was a mix between natural and artificial illumination. The fixtures used were mainly LEDs, (which Galis says she had avoided before this production), plus some small HMIs and metallic grey reflectors to bounce-in light as appropriate. As Burley, playing Lucy, had a golden complexion and very healthy-looking skin, Galis introduced a modicum of cyan gel to raise the colour temperature for a cooler result on many of her singles. 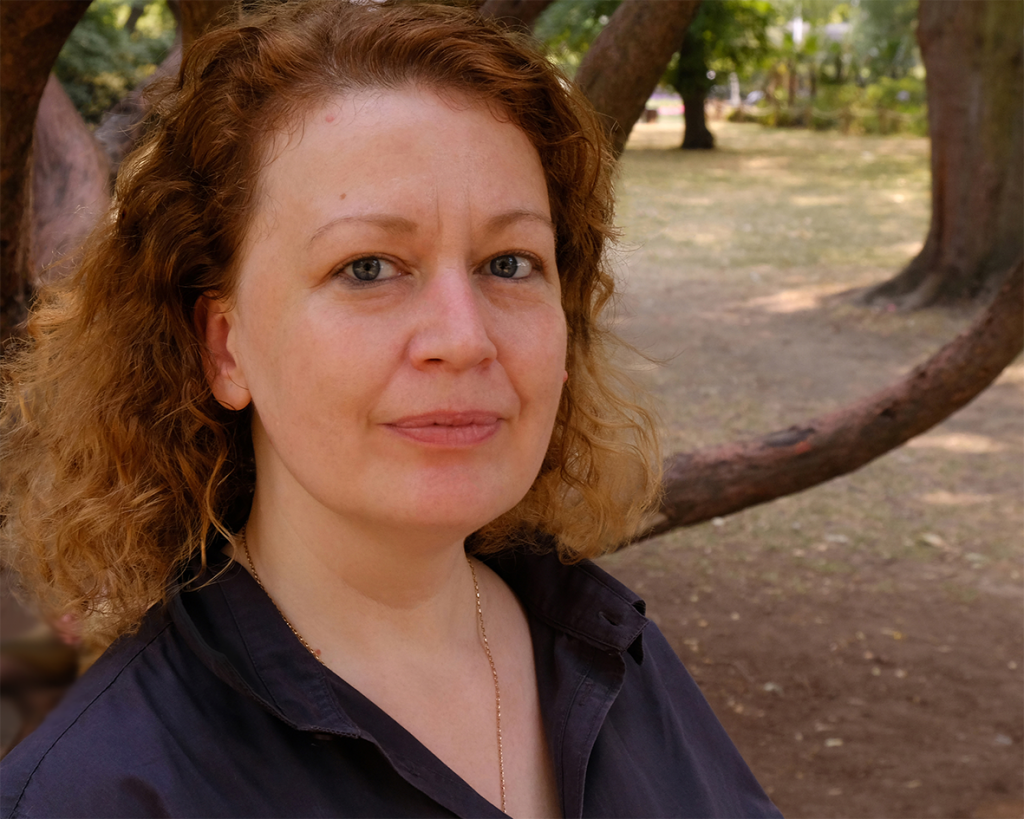 “The lighting was completely different to other work I have done before,” Galis says, “I love beauty, but that would have been misleading. I wanted to express how the beauty in the characters is constantly repressed. The film’s atmosphere brutalises and the characters are set against it.” 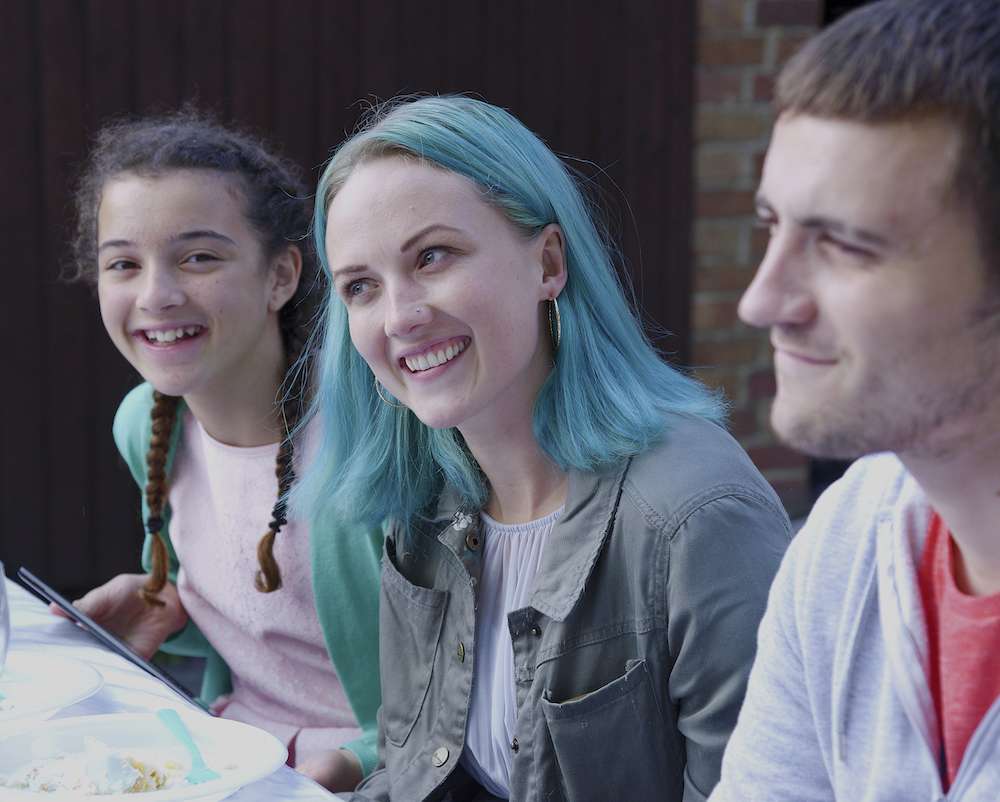 Galis concludes: “I see working on a feature film as an adventure. Fyzal’s work is always provocative and profound and he’s encouraged me to be brave. I love to find a project that I can live in for a period of time, one that I can bring something exciting and truthful to visually. I am very happy with the result and the critical praise Lynn + Lucy has received.”